The following post is sponsored by FitFluential, LLC on behalf of Reebok.

The past two days have been a bit of a whirlwind for this girl!

After work on Tuesday, I caught a flight to New York City and was in the city for less than 24 hours before it was time for me to return to Florida Wednesday night. The purpose of my trip? Attending the launch party for Reebok’s new running shoe, the ZQuick! 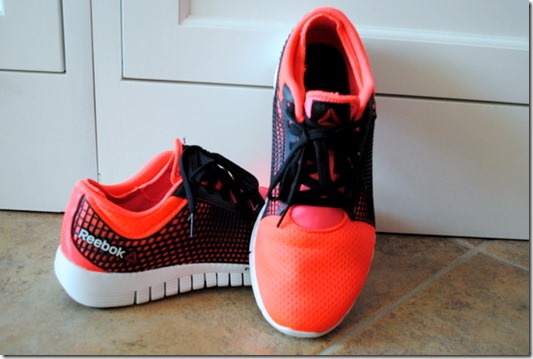 When I was invited to the launch, I was thrilled for the opportunity to see some of my friends at Reebok and meet a few of the people I’ve been working with via email for more than a year now. And since I was already sold on the aesthetics of the ZQuick shoes before I arrived at the launch, I couldn’t wait to slip on a pair and try them out for myself.

I arrived in New York City late Tuesday evening and my friend Merri met me at my hotel for a sleepover! I’ll fill you in on some of our shenanigans soon (cronuts were involved and I am dying for another one…), but for now let’s skip ahead to the ZQuick launch party!

I had the pleasure of attending the party thanks to Reebok and FitFluential and met up with one of my favorite beautiful (pregnant!) blogging buddies, Tina, in the hotel lobby on Wednesday morning so we could head over to the event together. 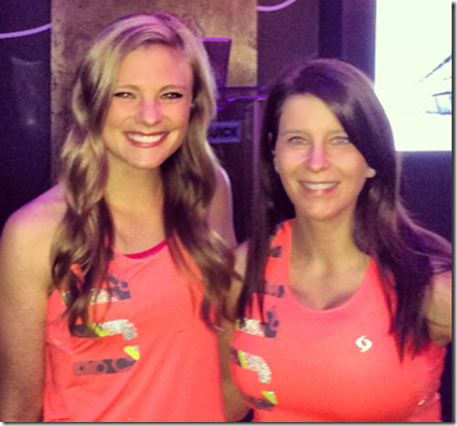 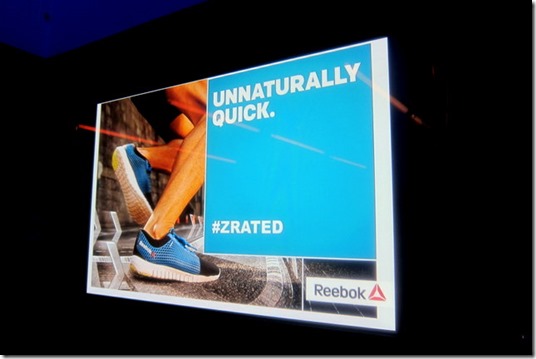 We planned to walk there but the rainy weather combined with the snow on the ground made the sidewalks incredibly slushy which didn’t work so well with my rolling suitcase. We ended up finagling a ride to the event with three guys in Reebok apparel without realizing we were piggybacking on UFC fighter Johny Hendrick’s limo ride to the event. Oops! Thanks for the lift, guys!

Once we arrived at the Classic Car Club of Manhattan, we were ushered into a welcome room for media and greeted with a goodie bag that included a moisture-wicking Reebok tank top (love the length and the fun back!), capris and the new ZQuick shoes to wear during the event. 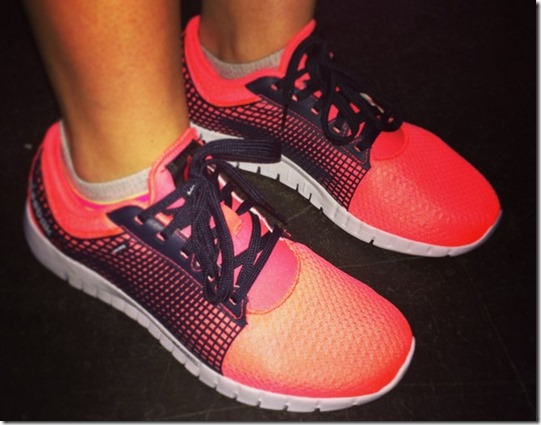 I liked the feel of the shoes from the minute I put them on. They are very lightweight and the toe box is wider than other running shoes I’ve tried which I really appreciate. I told Tina the shoes feel like they’d be fabulous “all purpose shoes,” making them ideal for travel, too!

When I travel, sometimes I don’t know what shoes to pack and since I only want to pack one pair of gym shoes I often have to decide between running shoes and the shoes I prefer to wear for my other workouts. The ZQuicks feel like a great go-to shoe to pack when you travel and aren’t sure what activities or workouts might be on your agenda since they obviously lend themselves to running but the low midsole profile of the shoe gives me the stability I want for boot camp or lower body strength-based workouts.

Before the event began, we had an hour or so to mingle and snack on some healthy fare, including fresh juices (LOVED the almond, orange, sweet potato and apple juice), fruit and granola bars. 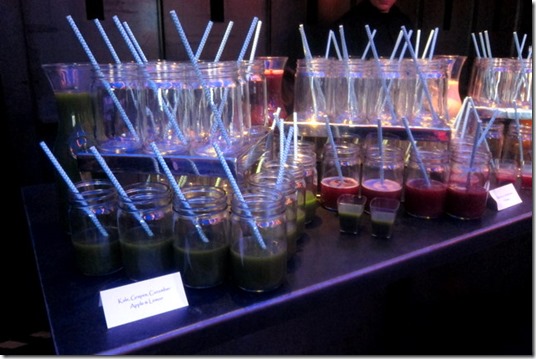 A little after 10 a.m., Allison Hagendorf took the stage to kick off the event by welcoming everyone and introducing Bill McInnis, a former NASA engineer and Reebok’s head of advanced innovation. 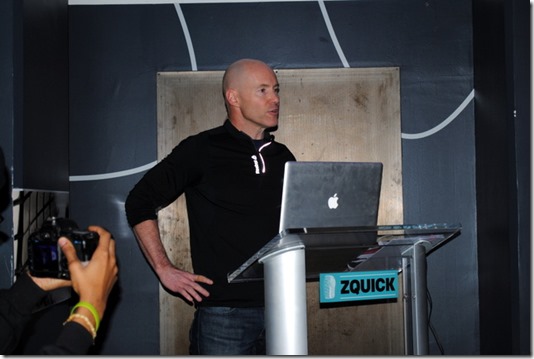 Bill told us more about the design process behind the ZQuick and the technology that went into creating the new shoe that is inspired by Z-rated sports car tires.

Then it was our turn to put the shoes to the test in a series of obstacles.

Three athletes and celebrities attended the event to demonstrate the four obstacles that lay before us. 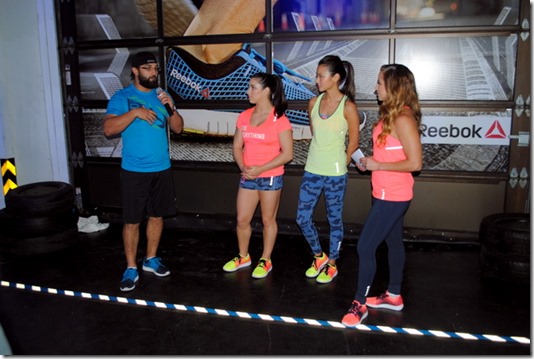 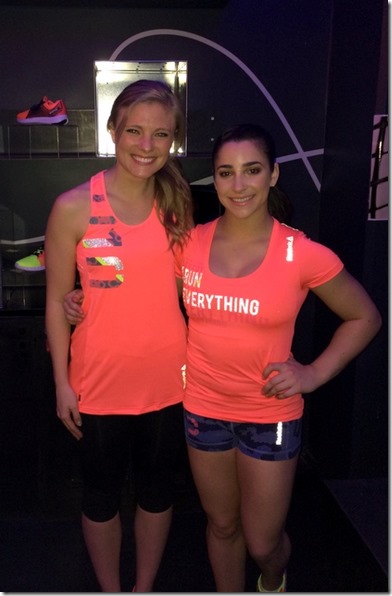 As a little girl, I remember being mesmerized by the United States gymnastics team when the “Magnificent Seven” competed in the 1996 Olympics and I followed Aly and her teammates’ Olympic journey in 2012 when they won gold and Aly won a gold medal on the floor and a bronze medal on the balance beam. I was so grateful for the opportunity to meet Aly and chat with her about a number of topics. Here are a few highlights from my conversation with Aly that I thought might interest you guys:

After Aly, Johny and Jamie demonstrated the four obstacles, it was our turn to test out the shoes for ourselves!

First up for my group was the City Agility obstacle that tested our agility as we jumped over a large box, dodged garbage cans, ran up and down steps and down a ramp. 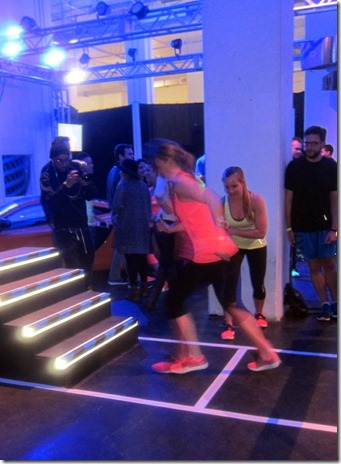 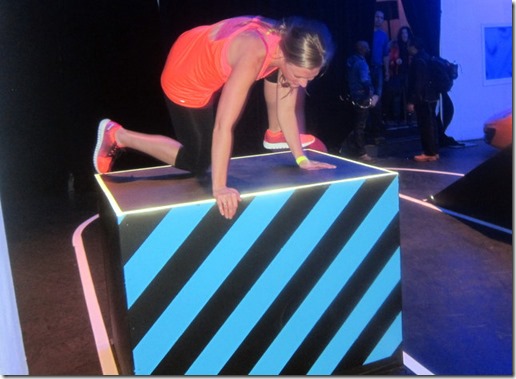 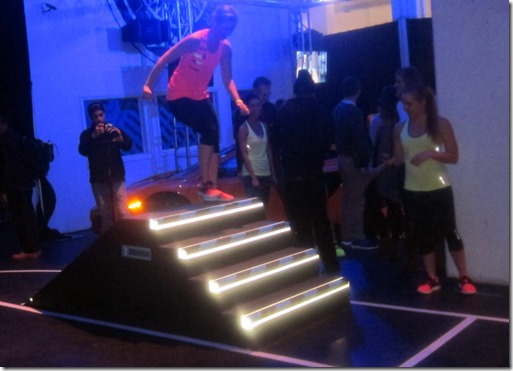 After the first event, we were already looking a little sweaty! 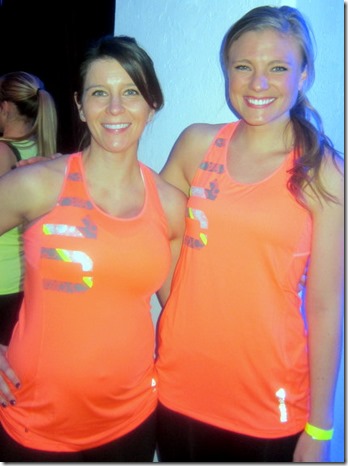 The second obstacle, Raw Speed, was rather straightforward. A sprint!

At first I raced with Tina which was rather comical because she didn’t realize it was time to start and when I took off and didn’t feel her running near me, I got nervous and looked back for her. We are a mess! 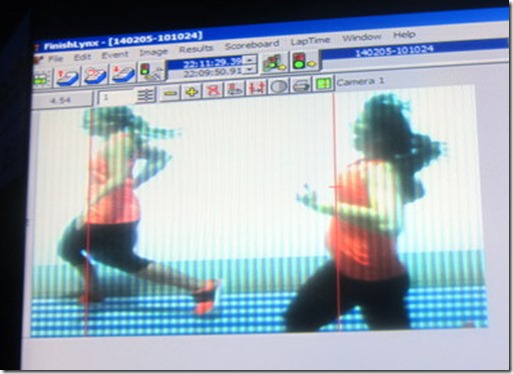 Then someone asked if I wanted to race Aly. The chance to get my butt kicked by race an Olympian!? Yes, please!!!

I was nervous to step up to the start line with Aly and didn’t go right away, but I’m pretty sure that even with a solid start, Aly would’ve still smoked the heck out of me. 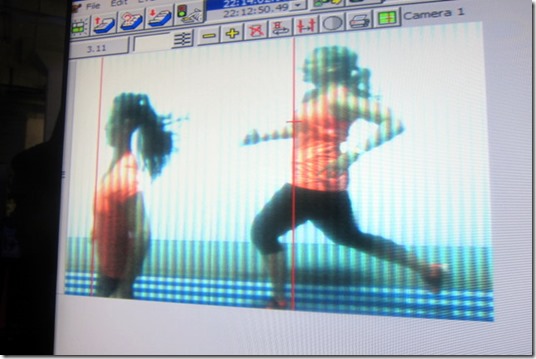 Our third obstacle, Turn On A Dime, was one of my favorites! Once it was time to start, a course illuminated on the ground to quickly guide you around stacks of tires. 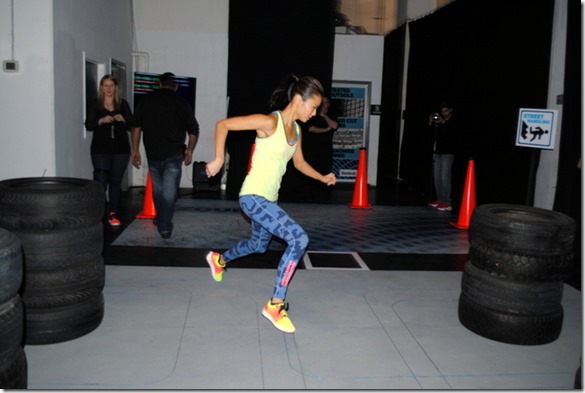 The final obstacle, Street Handling, was probably the most tiring, but also a lot of fun!

Four cones surrounded a somewhat slippery surface and we had to sprint to and from a white box to put the light out on whatever cone was illuminated. It was 45 seconds of sprinting, stopping and changing direction! 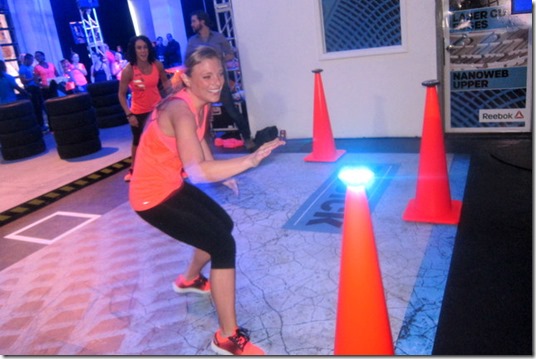 I would LOVE to have access to this obstacle course at the gym for some HIIT training! It was intense but a lot of fun and I know I’d have a great time trying to beat my previous scores. 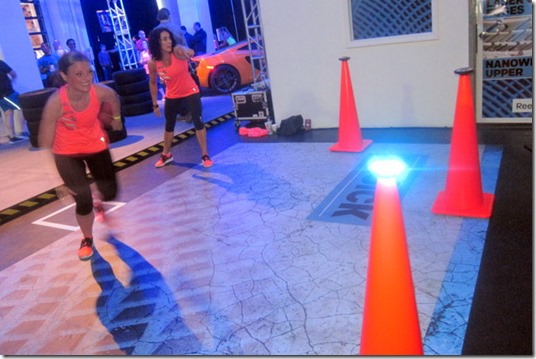 Once the obstacle courses were complete, it was time to return to the media room for snacks and a chance to chat with trainers, athletes and blogging friends. Some new blogging friends I enjoyed chatting with during the event: Jocelyn, Jenna and Kayte. Such fun women!

Before I knew it, the launch party was over and I was headed back to the airport to return to Florida. It was a super fast trip to NYC but I’m so grateful for the opportunity to attend such an interactive launch party. Thank you, Reebok!!!

And those of you eyeing the new shoes, stay tuned for a giveaway that will pop up on the blog very shortly!

I would love to meet a large number of Olympic athletes, but I think it would be really neat to meet Tara Lipinski. I thought she was absolutely amazing when I was younger and looked up to her a lot!