Navigation
I awoke this morning ready to run.

I had five miles on the agenda according to my half marathon training plan, so after eating a pear and sending off some emails, I headed outside to run around our neighborhood. 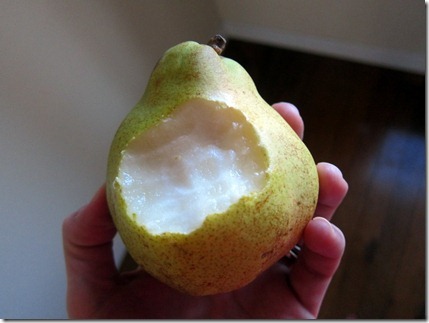 Though I’ve blogged about listening to a podcast on a run before, today I listened to my first audiobook! 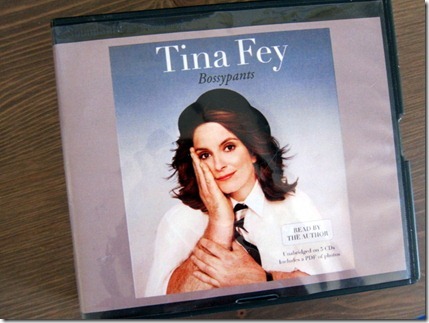 I checked out the audiobook version of Tina Fey’s Bossypants from my local library and uploaded the first CD to my iPhone before today’s run.

Listening to Tina share her funny stories really took my mind off running. Her stories were quite entertaining and I found myself concentrating on her words rather than how many miles I had left to run.

One downside of listening to the audiobook while running is that my pace seemed to suffer. When I finished my run, I noticed that it took me a few minutes longer than usual to finish all five miles. Since I’m not training with a certain goal time in mind for January’s half marathon, that’s not really a big deal to me, but I didn’t finish the run with that “Wow! That was a great run!” feeling that seems to come with running at a somewhat faster pace.

Perhaps recognizing this will help me up my pace a little bit on Thursday’s run? I’m already looking forward to running with Tina again!

When I arrived home from my run, it was time for breakfast. I sprinkled fresh raspberries and walnuts on top of a bowl of cinnamon vanilla walnut overnight oats and loved all of the different textures and flavors. 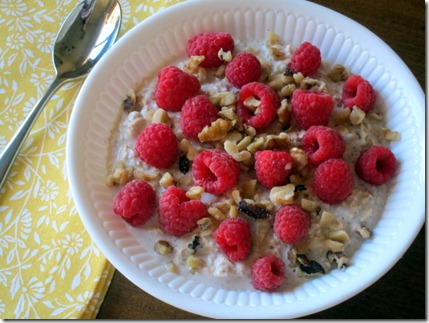 I ate my overnight oats while typing up my morning book review blog post and loved every last bite. Mmm! 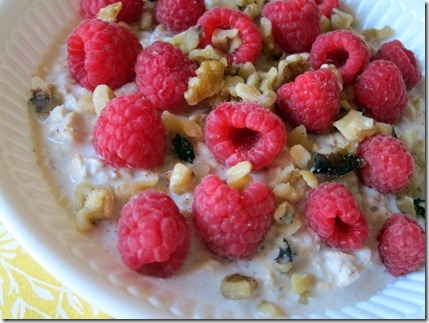 The winner of yesterday’s BIC Bands giveaway is…

Please email me at pbfingers@gmail.com and we’ll get your gift certificate to you ASAP.

We’re already four days into December, so I think we better pick a book for the December PBF Book Club, huh?

For those of you who may be new around here, the PBF Book Club is an online book club that is open to anyone! We simply vote for a book to read from the three books listed below (taken from your suggestions on the PBF Facebook page) and on January 7, I will post my review along with discussion questions for book club participants to answer in the comments section of the post.

If you are a blogger and post a review of the selected book on your blog, you can email me a link to your review post (pbfingers@gmail.com) before January 7 and I will include a link to your post in the roundup of blogger book review links.

Please vote for the book you would like to read below. I will announce the winning book  tomorrow morning. 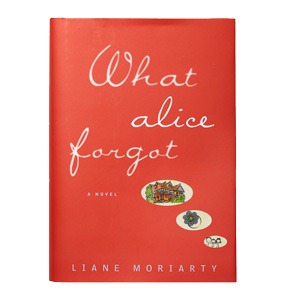 Alice Love is twenty-nine, crazy about her husband, and pregnant with her first child.

So imagine Alice’s surprise when she comes to on the floor of a gym (a gym! She HATES the gym) and is whisked off to the hospital where she discovers the honeymoon is truly over — she’s getting divorced, , she has three kids, and she’s actually 39 years old. Alice must reconstruct the events of a lost decade, and find out whether it’s possible to reconstruct her life at the same time. She has to figure out why her sister hardly talks to her, and how is it that she’s become one of those super skinny moms with really expensive clothes. Ultimately, Alice must discover whether forgetting is a blessing or a curse, and whether it’s possible to start over… 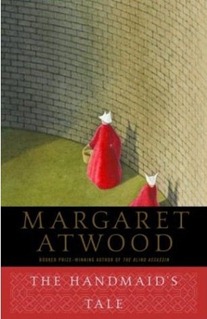 In the world of the near future, who will control women’s bodies?

Offred is a Handmaid in the Republic of Gilead. She may leave the home of the Commander and his wife once a day to walk to food markets whose signs are now pictures instead of words because women are no longer allowed to read. She must lie on her back once a month and pray that the Commander makes her pregnant, because in an age of declining births, Offred and the other Handmaids are only valued if their ovaries are viable.

Offred can remember the days before, when she lived and made love with her husband Luke; when she played with and protected her daughter; when she had a job, money of her own, and access to knowledge. But all of that is gone now…. 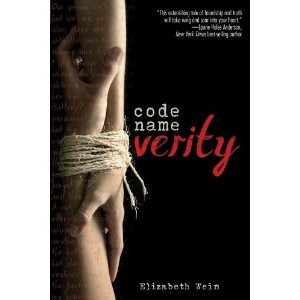 Oct. 11th, 1943—A British spy plane crashes in Nazi-occupied France. Its pilot and passenger are best friends. One of the girls has a chance at survival. The other has lost the game before it’s barely begun.
When “Verity” is arrested by the Gestapo, she’s sure she doesn’t stand a chance. As a secret agent captured in enemy territory, she’s living a spy’s worst nightmare. Her Nazi interrogators give her a simple choice: reveal her mission or face a grisly execution.

As she intricately weaves her confession, Verity uncovers her past, how she became friends with the pilot Maddie, and why she left Maddie in the wrecked fuselage of their plane. On each new scrap of paper, Verity battles for her life, confronting her views on courage and failure and her desperate hope to make it home. But will trading her secrets be enough to save her from the enemy?