Navigation
I enjoy nearly every lunch that I bring to work. Of course some are better than others, but I really do try to make an effort to pack lunches that I genuinely look forward to eating, so I’m not left envying my coworkers who bring delicious-smelling takeout into the office around noon every day. (I’ve noticed that Chinese food smells particularly intoxicating.)

One meal that’s a sure-fire hit with me is a noodle bowl. 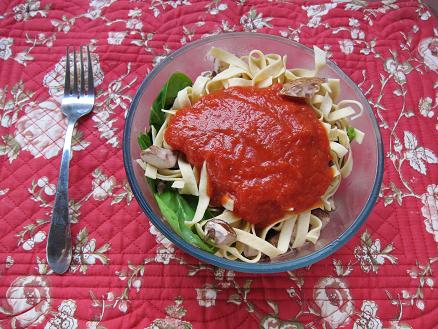 I love these things and am always anxious to dig into my lunch bag all morning. 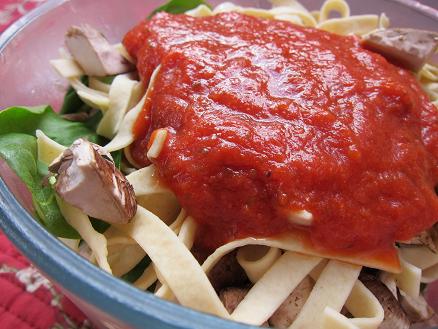 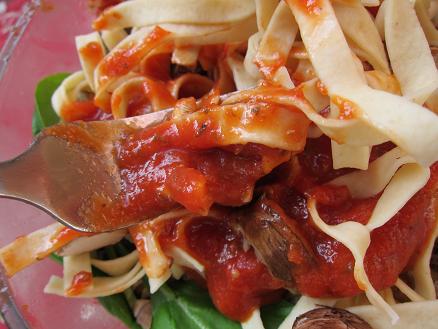 Time for a Bite

As always, I enjoyed every last bite. Chomp!

And now, without further ado, I bring you Ryan’s second guest post. I can only assume it was inspired by the creepy men at our gym, considering he informed me of his idea for a post right after we were done working out this morning. I hope you enjoy it! 😀

I’ve always wondered how girls judge guys. Being a heterosexual male I’ve obviously never had to judge another guy from a dating perspective. However, I think I have a fool-proof method that may benefit you single ladies out there.

In full disclosure, I have no “game” when it comes to attracting girls. Somehow I got extremely lucky to catch the eye of the best girl I could ever imagine. But, one thing I do know is that I 100% passed the following test.

Obviously this “good guy” theory of mine could be completely wrong. Plus, I’m a guy and we’re always wrong… right? But bare with me, because I think my method for finding a “good guy” may have some merit.

Ok. Let’s set the stage. Frankly, being a guy trying to attract a girl is hard work. There is no handbook. No sure way to impress. Every girl probably looks for very different qualities, but if I were a girl, I’d have one staple quality I’d look for: A guy that looks me in the eye.

I’m not saying this a rule, it’s only my opinion, but eye contact would tell me all I needed to know about whether someone is a good guy or not. If a guy is attracted to a girl, he obviously can’t tear his eyes away from her, but which areas of the girl is he focused on? Face = Good guy. Anything else = Not good. 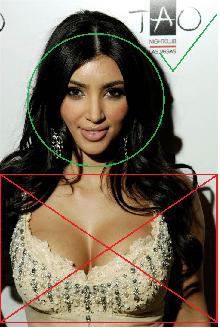 Good Guy's Guide: Where to Look

Of course a perfectly “good guy” could take a glance at the goodies too, but I think that most genuinely good guys will talk to you and listen to you while looking you in the eye… not the chest (or butt, though that would be kind of hard).

Obviously this rule won’t work for every girl. If you’re like the girl in the picture above who has made a career out of her sexuality and the desire to have men stare at her, then if a guy glances at the goods, it may get you excited and you’ll fall instantly in love with your boobie-looker.

But, the truth is that a single glance should be all you need to know. Guys aren’t stupid. We’re actually quite intelligent. Every guy knows that he shouldn’t be looking anywhere else but your face. We know it! But if he looks down, he either doesn’t care or takes you for a fool and doesn’t think you’ll notice.

Good Guy Test #2: Let’s say a guy holds it together with you but is constantly letting his eyes wander as other girls pass by. Same story as above, a guy knows he shouldn’t look. If he does, he’s either stupid or he thinks you are. Either way he’s not worth your time.  Exception: There are instances with Julie and me, when someone walks by, causing us both to look. Picture your classic Wal-Mart mullet, sequined-covered leotard, no shoes, 10 babies. If you can look, he can look.

So that’s my theory. Take it or leave it. But I’d really love to know what you think! How do you judge a guy? What makes you think a guy is worth dating and not a total creeper?