Hello and happy Sunday! I think we have some catchin’ up to do, so let’s back up to yesterday morning after breakfast.

At around 10 a.m., Ryan and I headed to Ellenton Premium Outlets, located about 40 minutes from my parents’ house to do some shopping. 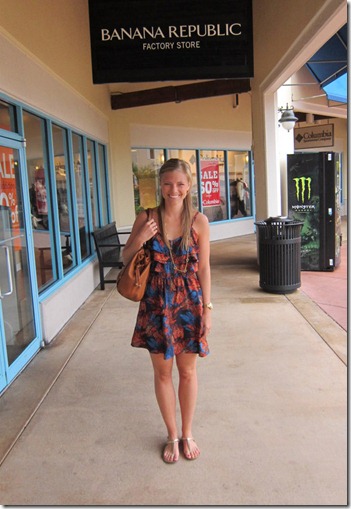 Back in September, I was selected to be part of Banana Republic Factory Store’s blogger panel and was provided with a gift card for $50 that I was very anxious to spend! If you ever take a peak at my Fashion page, you know I am a Banana Republic outlet store fiend and constantly take advantage of their amazing deals.

While browsing around the store yesterday, I nabbed three things: 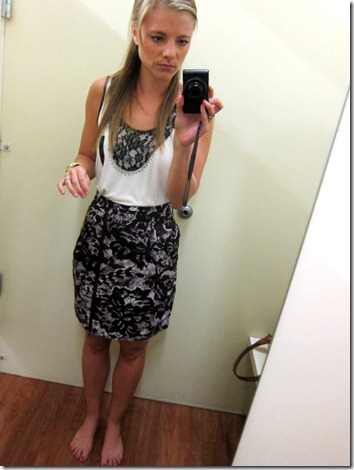 (I thought about buying that skirt, but in the end decided against it.) 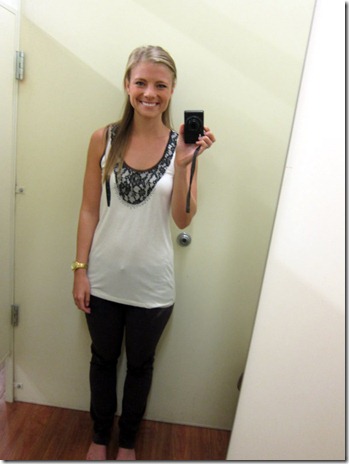 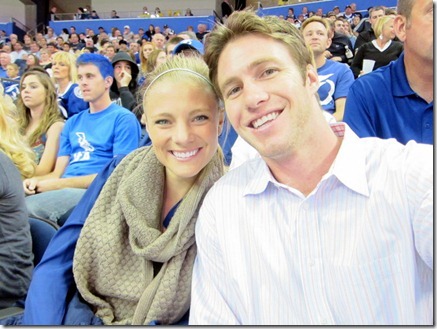 My total was over $50, so I shelled out some money, but everything was significantly cheaper than normal retail prices. Sweet! My favorite item was the infinity scarf and I see that baby getting a lot of use once the weather gets colder.

After we were done shopping, we met up with Ryan’s mom and her boyfriend for lunch at Woody’s River Roo Pub & Grill. It was such a fun little place along the water and we enjoyed sitting outside since the weather was so nice.

I ordered a Greek salad and was pleased to see a plethora of feta cheese on top! 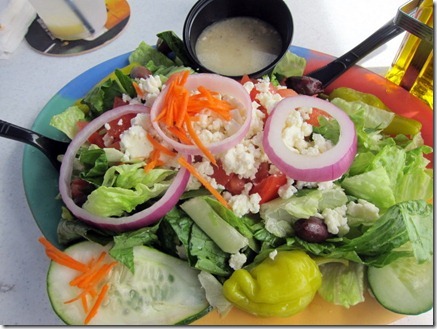 We also enjoyed key lime pie for dessert after our waitress said it was homemade and delicious. 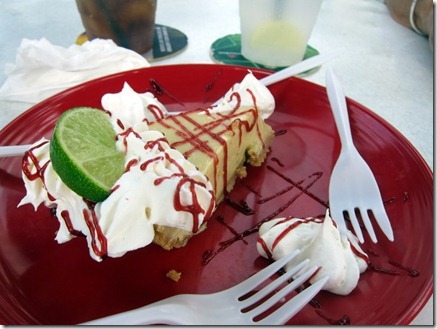 It was so great to be able to spend a few hours with Ryan’s family while we were in the area!

After we said our goodbyes, we made a pit stop into Walgreen’s before heading home. 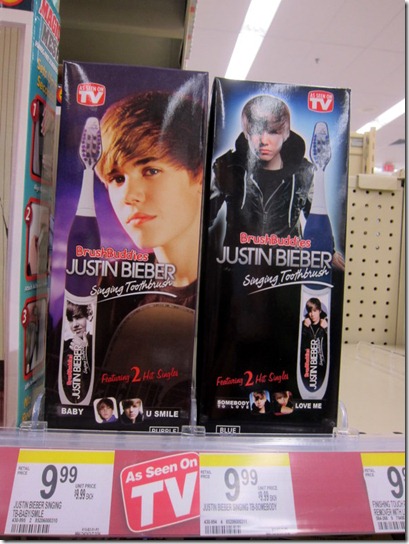 You know we love the Biebs! (I still love this picture of Ryan + cardboard Bieber.)

I decided against it when I saw that the toothbrush didn’t play “One Less Lonely Girl” or “Never Say Never,” my our favorite Bieber songs.

Eventually we made it back to St. Pete where we collected our belongings from my parents’ house (minus Sadie) and headed to the hotel where we got married to check in and kick off anniversary date night!

Ryan made dinner reservations for us at SideBern’s, a fancy restaurant located in Tampa.

We did a lot of sharing at dinner and split a seared tuna appetizer to start after I downed what seemed like an entire loaf of freshly baked bread.

I wasn’t that hungry when it was time for dinner and ordered the scallops off the appetizer menu for myself and shared some of Ryan’s roasted elk loin. 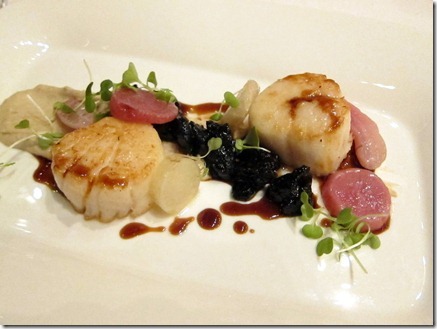 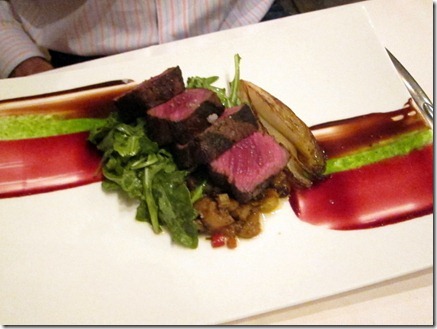 Who knew elk was so delicious!? Both of our dishes were fantastic.

After dinner we had plans to attend a Tampa Bay Lightning hockey game! I gave Ryan tickets to the game for his birthday at the beginning of the month and we were excited to finally get to go. 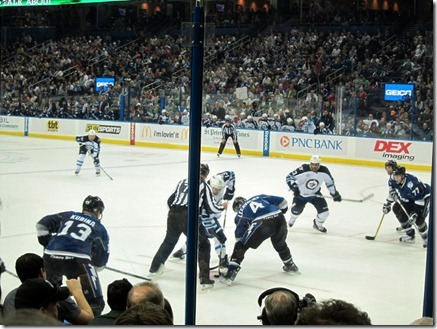 I was honestly surprised how much I loved watching the game! Hockey is incredibly fast-paced and I was highly entertained. The Lightning ended up winning 1 – 0, so it was a great game to watch!

On our way back to the hotel, we had to make a pit stop for late-night dessert and hit up Yogurtology for frozen yogurt. 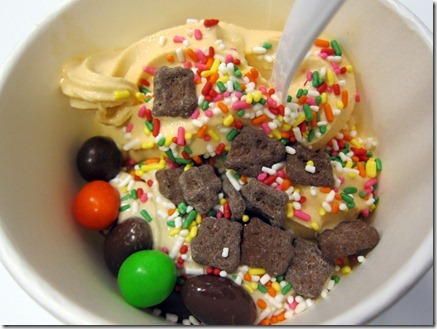 We ended date night back at the hotel where there were two weddings taking place. It was so neat to see two couples getting married as we were celebrating our anniversary. It brought back all the fun memories!

More anniversary fun continued today (on our actual anniversary), but this post is getting a bit long, so I’ll be back with today’s recap in a bit!