Navigation
The past few days felt like a bit of a whirlwind but in a very good way! They were filled with birthday celebrations, cake, lots of baby talk and excitement and, best of all, plenty of family time. 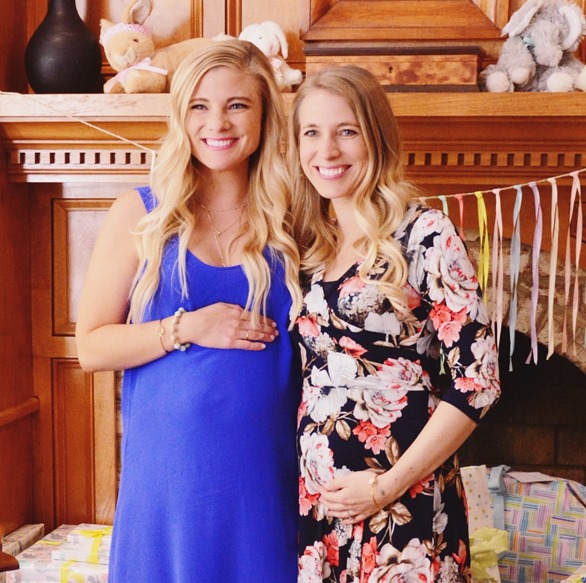 I arrived back in Charlotte today around lunchtime, excited to see Ryan and Sadie after a weekend away. As I mentioned on the blog on Friday, Chase and I spent the past few days in Raleigh, North Carolina at my Aunt Laurie and Uncle Drew’s house with my sister, my mom and my mom’s extended family. 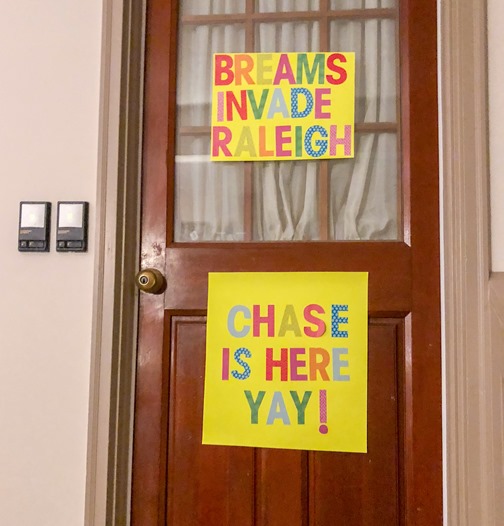 My Aunt Laurie planned and hosted the sweetest baby shower for my sister on Saturday and was so kind to include a little sprinkle for our baby in the mix as well.

Friday was a gorgeous day and the beautiful weather continued in Raleigh all weekend. We lucked out with sunny skies and temperatures in the low 70s which was perfect for some park playtime with Chase and plenty of patio chats outside with my family.

My sister flew into Raleigh on Friday morning and my mom, Chase, Aunt Laurie and I served as her welcoming committee! Since Chase is 100 percent airplane obsessed, we made the airport pickup a big adventure and scooped Leslie up before heading out to the observation park my aunt said her two boys loved when they were little and had fun watching the planes take off and land. It was a great way to allow Chase the chance to run around and get some energy out while we chatted away in the sunshine before lunch. 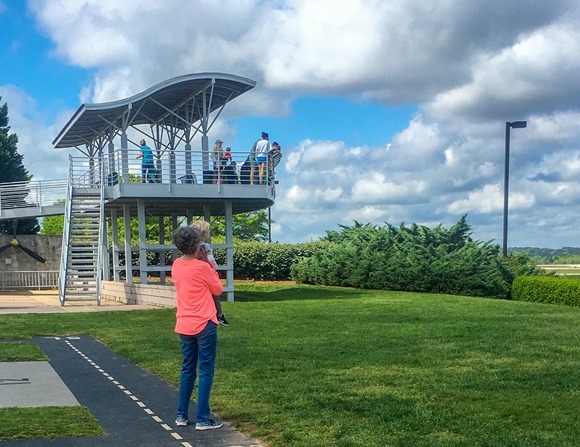 We made a pit stop for some strawberries at a local farm stand before heading back to my aunt’s house. We dug into pulled pork sliders for lunch and spent the rest of the afternoon hanging out around the house and prepping a giant Summer Chopped Salad (the recipe we all adored from my baby shower!) for our big group dinner since my mom and aunt’s cousins were set to arrive a little before 7 p.m. Our lunchtime meal also included some seven-layer bars, thoughtful cards and presents from my parents, sister and aunt to me for my 33rd birthday which was so sweet! 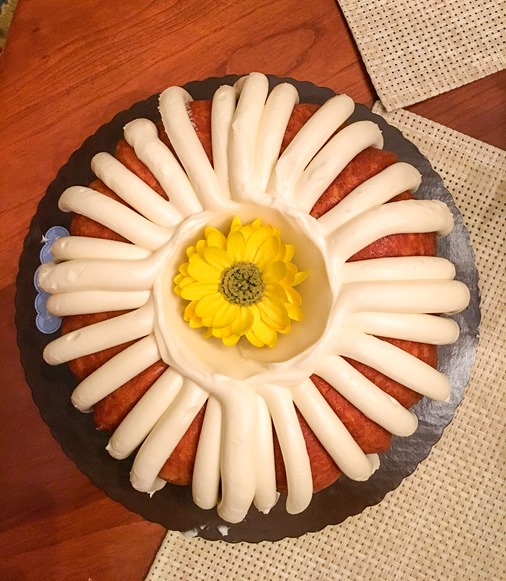 Birthday celebrations continued once my aunt’s house was filled with family and included a delicious lemon Nothing Bundt Cake after dinner, followed by games and lots of laughs. It was such a special treat to be able to celebrate with so many people I love!

Our Saturday morning began bright and early. We hung out around the house in our pajamas for hours with my family before everyone got dressed for Leslie’s baby shower! Since Leslie’s shower and my sprinkle were taking place at my aunt’s house where we were staying, we were asked to “disappear” for an hour or so while some final prep work was completed for Leslie’s shower. My sister and I used that as an excuse to take Chase with us for a doughnut date at Daylight Donuts! 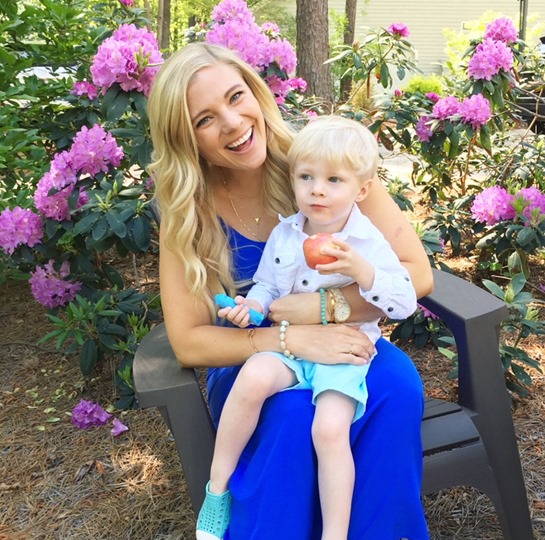 We received a text from my aunt around noon telling us to head back and we arrived at her house to find her kitchen, living room and dining room transformed into a beautiful baby shower, complete with pastel colors, fluffy bunnies and lots of food that made the whole house smell amazing! 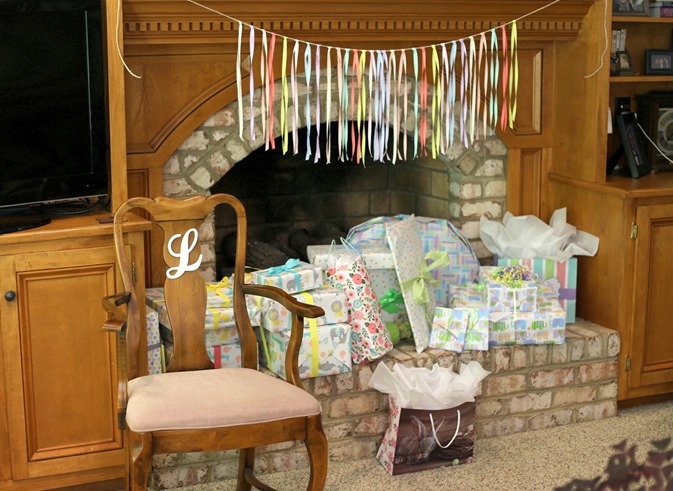 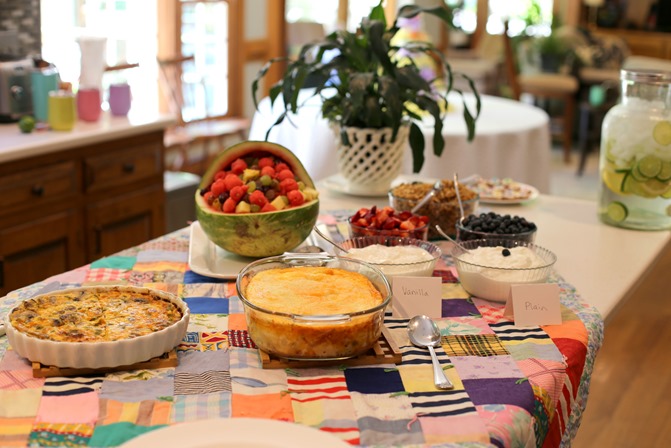 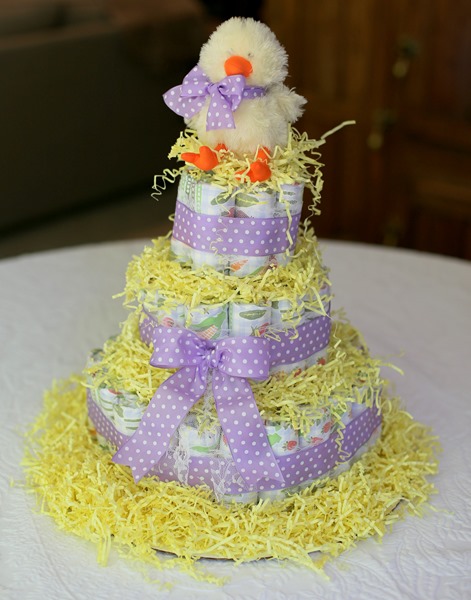 Leslie’s shower kicked off with brunch and we all dug into quiche, a yogurt bar, breakfast casserole and fruit salad. I’ve already put out a request for my aunt’s vegetable quiche recipe because it was fantastic! 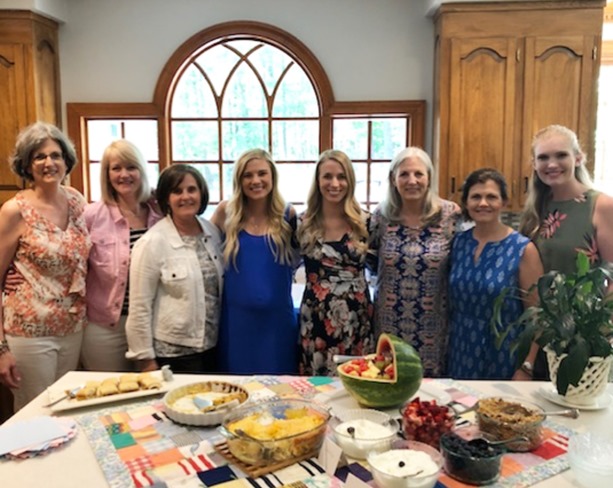 Once we were all sufficiently stuffed, we moved from the dining room into the living room and watched Leslie open some of the most adorable baby clothes and plenty of practical and much-needed baby items as well. 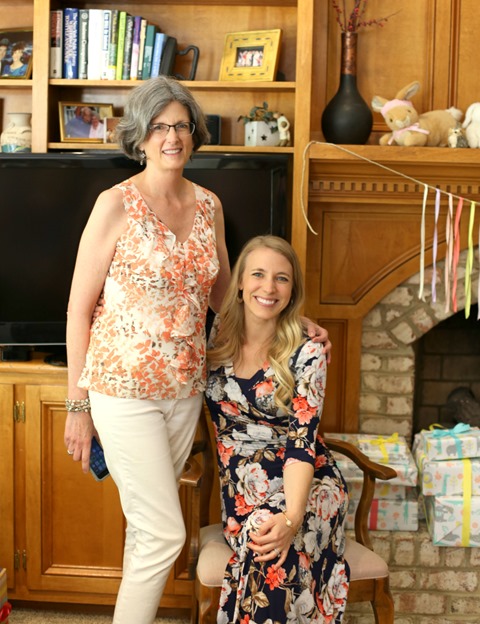 I think we all had a little too much fun showering my sister with gifts for her little one and I loved seeing her light up with excitement as she unwrapped everything from a new diaper bag and a nursing pillow to swaddle blankets and more. 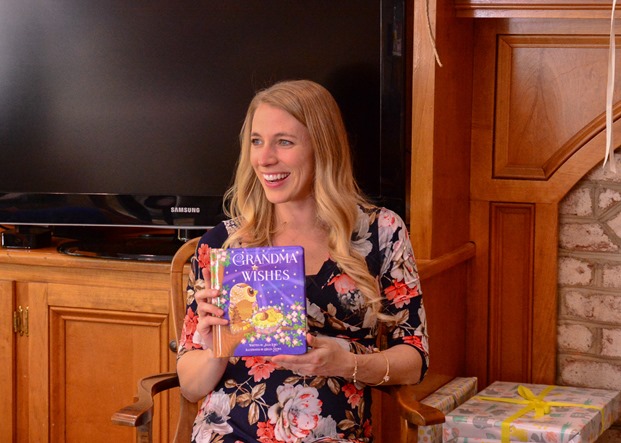 Once Leslie was done opening her gifts, we played a few games my aunt organized which were a blast! I am such a sucker for shower games and loved trying to guess my brother-in-law’s fill-in-the-blank answers to some of the baby-related prompts my aunt sent his way.

After games and some sweet treats, we transitioned into a small celebration for our baby on the way which was so kind of my family to acknowledge and celebrate. I was very adamant to my aunt about not wanting anything too big for our baby and really, really wanted the emphasis of Saturday to be on my sister’s first child, but my family was incredibly sweet and sprinkled our little one with some very thoughtful gifts as well which I appreciated so, so much. 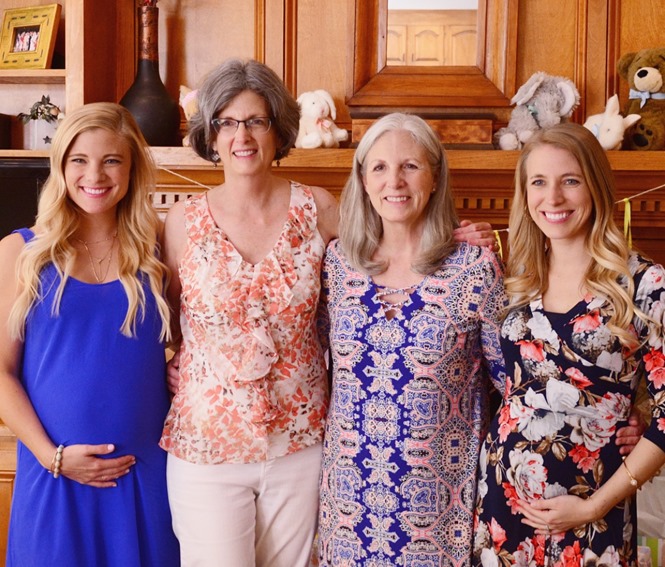 I put Chase down for his nap right before Leslie’s baby shower brunch and he slept like a champ through brunch and all of Leslie’s gift opening which worked out quite well! Chase woke up right before I opened the gifts for our baby and had so much fun serving as my little helper. He also fell in love with a couple of the baby’s new things, including a stuffed dog he quickly named Woofy. 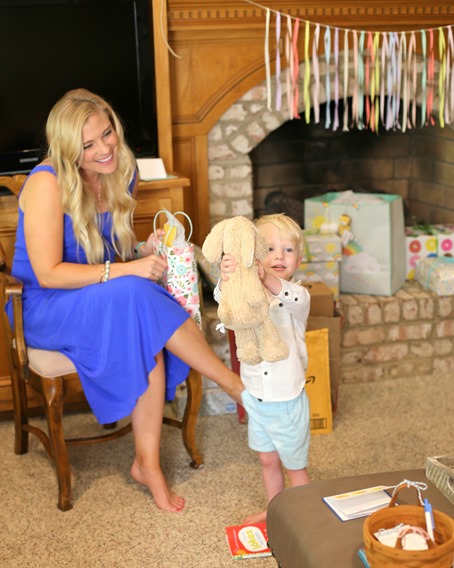 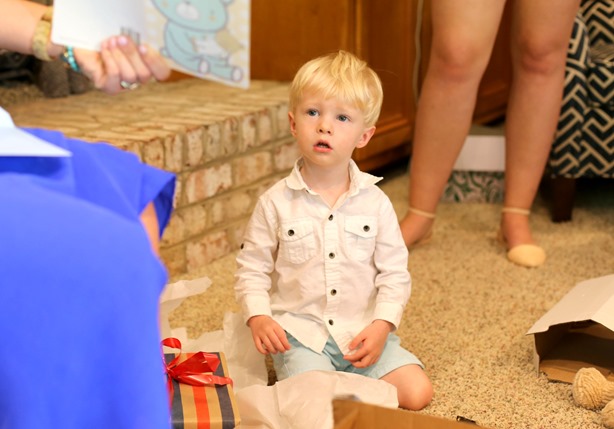 We spent the rest of Saturday at my aunt’s house, soaking up every second of family time and completing a few silly gender predictor tests on me and my sister! 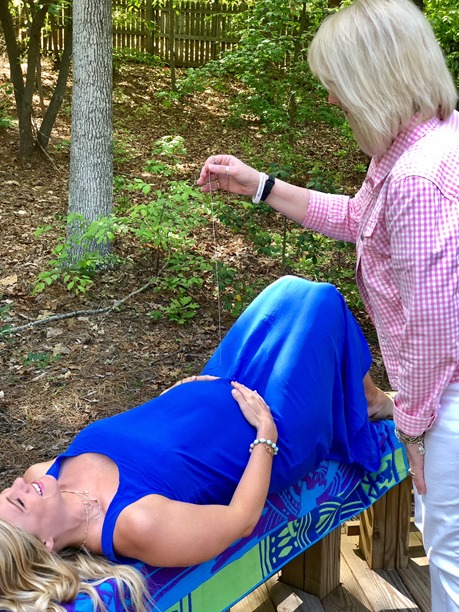 (This needle on a string test predicted Leslie and I will both be having boys!)

Since the weather was so nice, we managed to spend several hours outside on my aunt’s deck and thoroughly enjoyed the sunshine as we snacked and chatted.

Since everyone planned to hit the road and head home fairly early this morning, Chase and I followed suit and made our way back to Charlotte after breakfast. I arrived home to find some Happy Birthday signs and a few sweet gifts from Ryan for my birthday since we missed celebrating together on Friday. It feels good to be home and my heart is quite full after such a wonderful weekend! I’m hoping to spend the rest of the day unpacking and relaxing a bit and plan to stick close to home with my crew.

I hope you all enjoy the rest of your weekend!