This morning I awoke nice and early and headed off to a power yoga class.

I was really anxious to try out the new yoga mat that I purchased a couple weeks ago and arrived ready to stretch and sweat. 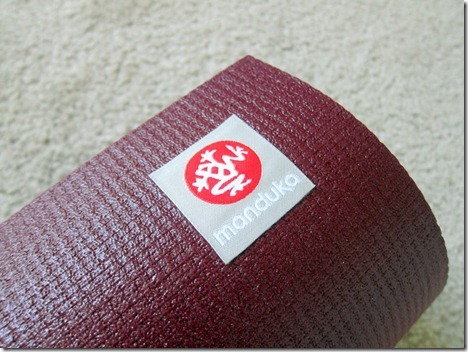 After considering all of your advice on which yoga mat to buy, I ended up purchasing a Manduka PROlite mat.

I chose the Manduka mat in part because I liked that it was thicker and longer than other mats and also because it popped up on sale on RueLaLa a couple of days after I started my yoga mat search. Yes, a sale sealed the deal. (The sale also dictated the color I bought. I was hoping for the pretty teal mat!)

When I unrolled my mat this morning and the class began, I was instantly pleased. It was thick and longer than my previous cheapy mat and I could stretch out my 5’7’’ body on the mat and still have room above my head and below my feet.

My issues with the mat started as we began to work on the various poses, including downward dog. My hands started to slip forward. I repositioned them. They started slipping again.

This happened over and over until I got so irritated that I grabbed a mat from the yoga studio’s selection to use for the duration of the class.

After class I spoke with the instructor who also happened to own a Manduka mat. She said that a friend of hers experienced the same problem with his Manduka PROlite mat and she recommended that I clean it with tea tree oil to remove the film on the top of the mat. She also said I might want to look into using a towel on the mat as well.

All I can say is that a yoga mat that causes me to slip is no bueno. Hopefully the tea tree oil solution will work! The instructor said she would bring some for me to try out at the next class, so my hopes are high.

Since I was still quite warm by the time I arrived home from yoga, I didn’t want to make a hot breakfast and stuck with a cold yogurt bowl with lots of yummy toppings. 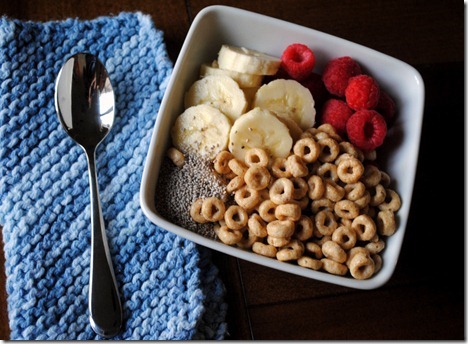 The base of the bowl was a cup of strawberry banana Greek yogurt that I topped with fresh raspberries, banana, chia seeds and Honey Nut Cheerios. 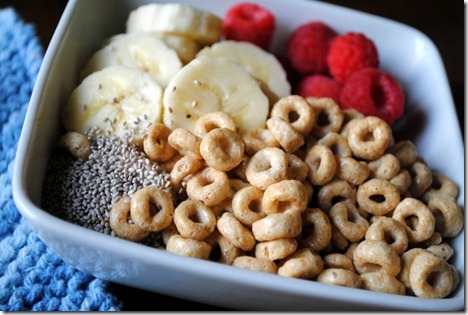 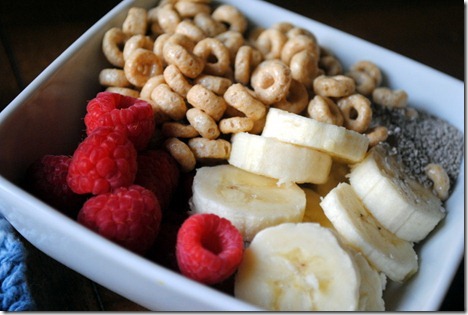 It was such an easy morning meal to put together, but all of the different flavors and textures resulted in one heck of a satisfying breakfast. 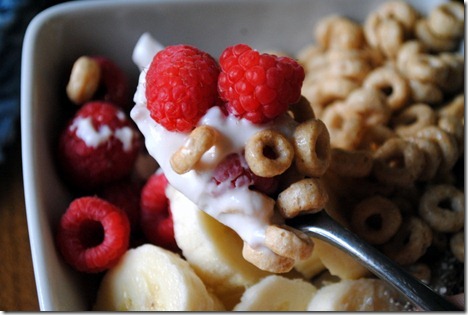 Perfect fuel to get the day started!

See ya after lunch!