Guess who is going to be a cone head later today? 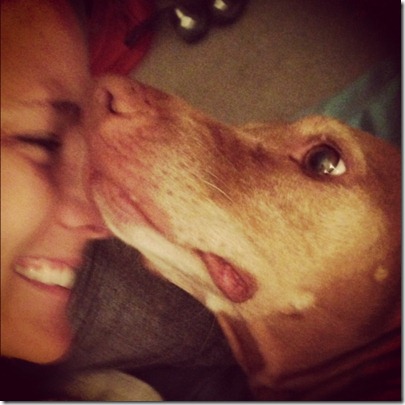 (She was in serious shadow stalking mode last night and could not be distracted.) 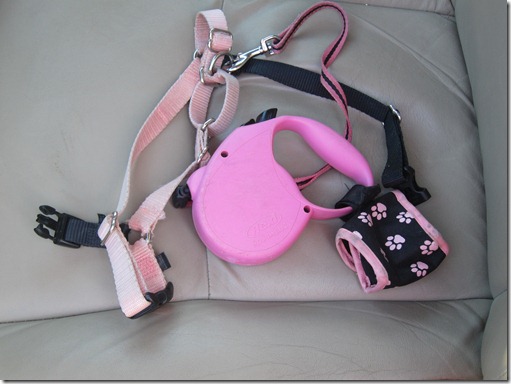 After speaking with the vet last Wednesday about the lumps, I wanted to get them removed (one is growing particularly fast while the other two lumps are quite small and haven’t changed much), but was hesitant to do so when we got the price quote back since the surgery is a lot more expensive than I anticipated. The vet said that the one lump that is growing appears subcutaneous (I guess this is a good thing?) and that typical cancer doesn’t really metastasize with little lumps all over the body, but removing the lumps and having them biopsied is the only way to be sure that everything is okay. He also said that many dogs develop little lumps all over their bodies all the time and that they’re often absolutely nothing.

I talked about it with Ryan and we decided to monitor the bumps closely, so I was surprised when he came up to me on Thanksgiving and said, “We need to get the lumps removed.”

I went over to his grandma and started talking to her about our dogs. She has the most adorable little maltese but lost her precious King Charles Cavalier Spaniel earlier this year and it absolutely tore her up inside.

She looked at me with tears in her eyes and simply said, “You don’t want to lose that dog.”

Yep, that did it for me. Lumps be gone!

I’m hoping Sadie’s surgery goes smoothly (she’ll be under anesthesia which makes me nervous) and that her lumps are nothing to worry about. I just love that little girl so much. I’ll be sure to keep you guys posted!

After I dropped Sadie off at the vet, I popped into Starbucks to blog and order breakfast. 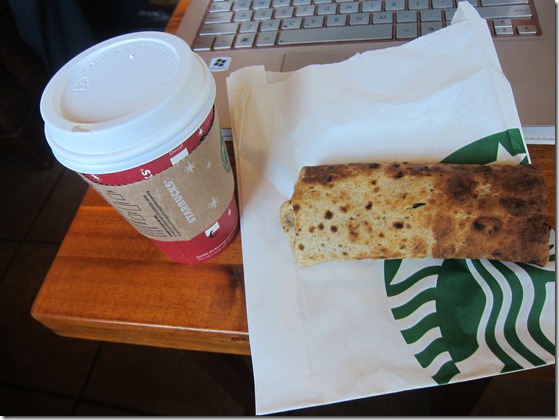 While I was sipping my hot cappuccino and blogging, I looked up and saw the pastor from our church walk through the door. I felt like he was a celebrity or something and it reminded me of the times I’d see my teachers out in the community when I was younger. It was so weird to see them outside of the classroom environment and I felt the same way when I saw Pastor Tim this morning. He actually leaves the church!?

In Orlando I always saw local news anchors and sports reporters out and about. On 90 percent of my morning runs around Lake Eola, I’d see the man who reported from the court during Orlando Magic games out running, too. I felt like Buddy the Elf because I’d always think, “Paul Kennedy! I know him!”

Though he’s definitely not just a local celebrity, I am still waiting for the day when I see John Travolta around Ocala since he lives here. I just missed running into his wife when I got a dress altered a while back. Apparently she was at the shop just five minutes before me. So close!