Navigation
Good Monday mornin’ to ya! How was your weekend? I hope you had a good one! With several visitors stopping by to see Chase this weekend, we had our fair share of fun with company!

Our friend Ben arrived Friday morning and on Friday evening, my second cousin, Jennie, and her husband stopped by our house to meet Chase for the first time. The last time I saw Jennie was at my grandmother’s funeral so it was nice to catch up with her under joyful circumstances and also talk a bit about missing my grandma and her great aunt. Wishing Mimi could have met Chase is something I think about often and I just know she would absolutely adore her great grandson.

It was great to spend a few hours with Jennie and Bob before they had to get back on the road!

You guys something BIG happened this weekend. Well, I’m sure a lot of you out there won’t think it’s a big deal at all, but for this mama, it was HUGE. We officially transitioned Chase out of his bassinet by the side of our bed and into the crib in his nursery. 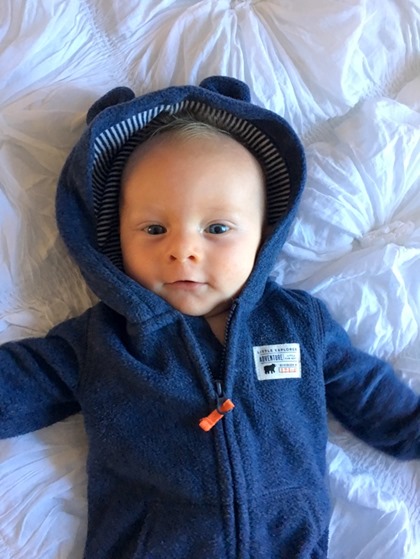 I was so emotional about the move, mainly because I knew once we got him to sleep soundly in his crib, it was a permanent change that, once again, demonstrates how fast my little boy is growing up. I swear he’ll be off to college tomorrow at this rate.

The transition went really well… for Chase. He slept straight through until he needed to eat at 3 a.m. and while this would normally mean I slept well, I’m pretty sure I spent 99 percent of my night wide awake, watching him sleep on the monitor beside our bed.

Our little bear didn’t get the memo that he was supposed to sleep in, however, and we were up for the day at 5:45 a.m., big gummy baby smiles and all. 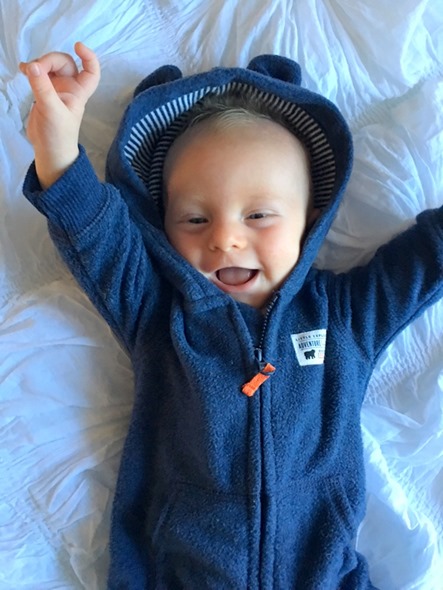 Since we were up early, I had plenty of time to sip on a cup of coffee and make a frittata for breakfast while Ryan watched Chase before I left for Burn Boot Camp. The workout was a total body circuit and I left high on endorphins. Woop! 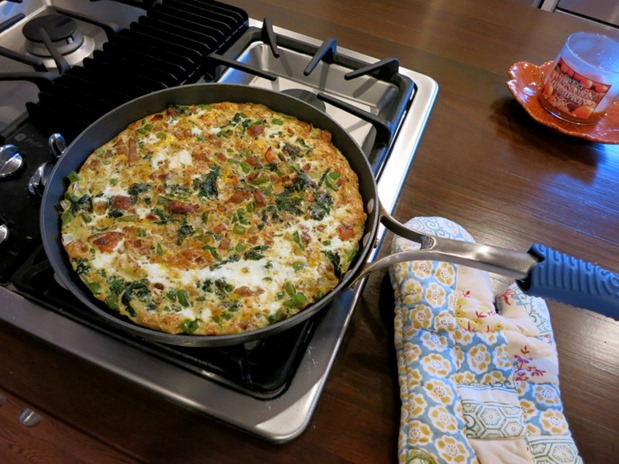 Once I made it back home, I took some time to stretch out my hamstrings and hips on the floor which Sadie took to mean I was in the market for a dog in my lap. 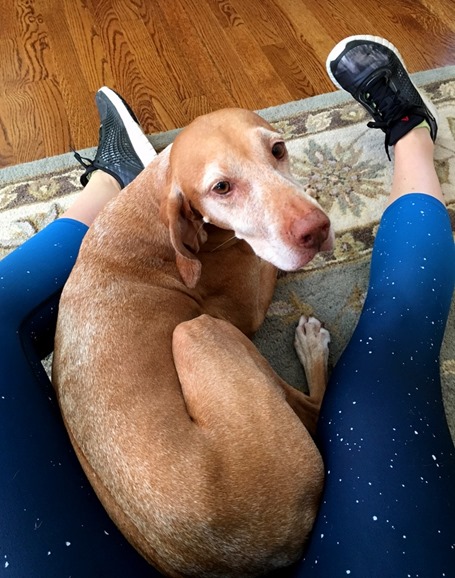 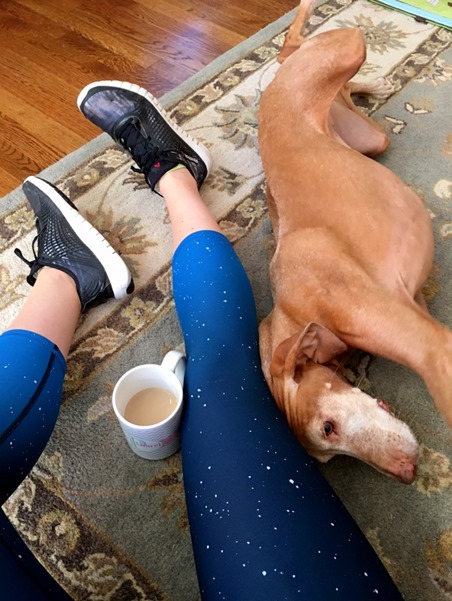 (My capris are from the November Fabletics collection and I LOVE them!)

I then took over baby duty while Ryan and Ben went to the gym. Ben is an awesome personal trainer, so Ryan always gets excited to work out with him whenever he comes into town. While the boys headed out, Chase helped me with some major tidying. 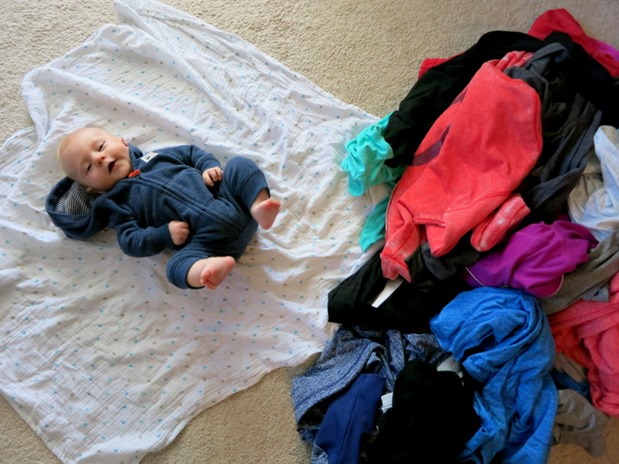 Taking a cue from The Life-Changing Magic of Tidying Up, I pulled all of my long-sleeve tops, sweaters and sweatshirts out and put them on the floor to sort through and found it SO much easier to get rid of clothes after taking the tips I read in this book into consideration. (I think this book deserves a totally separate blog post because it is AWESOME and makes me want to clean ALL THE THINGS. Stay tuned.)

Chase eventually had enough of watching me sort clothes (c’mon kid, how is that not incredibly entertaining!?) and headed down for a nap (IN HIS CRIB!) while I scrambled to wrap up some more clothes sorting as he slept and we waited for the guys to return home.

After lunch at the house, our little gang was itching to get outside, so we drove up to Lake Norman State Park to hike a three-mile loop along the lake. The weather was perfect – chilly enough to keep you cool but warm enough so you were never too cold – and we were done in about an hour. 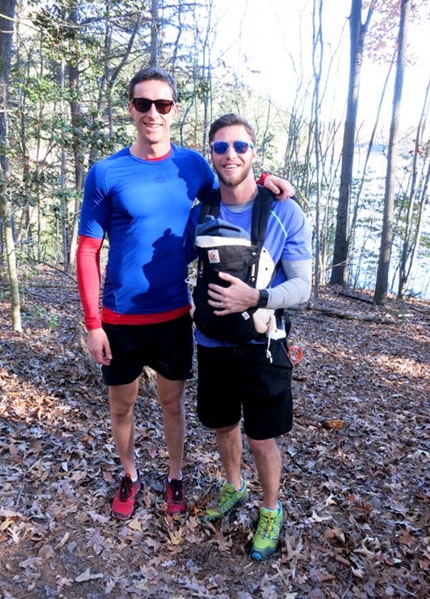 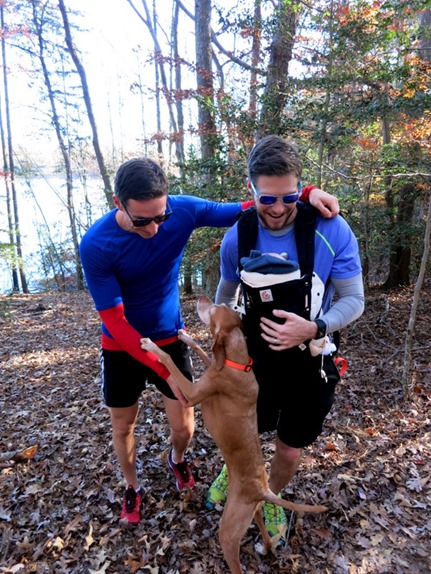 By the time we made it home, we were all hungry again and decided an early dinner sounded perfect. We drove into Davidson for a delicious meal at Kindred. 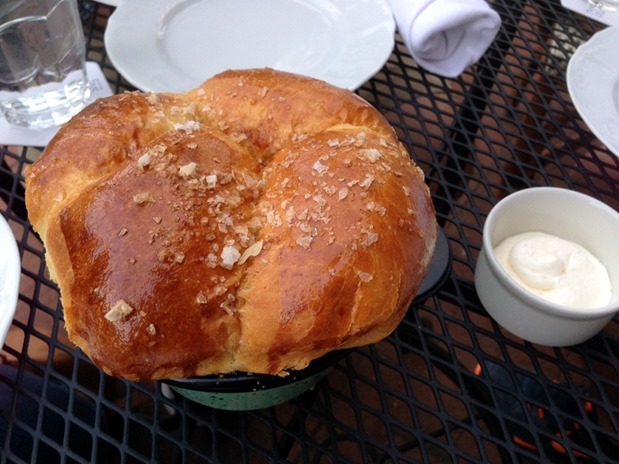 Gosh, I love that restaurant (and their incredible milk bread!) so much.

Our Sunday began on the best note because Chase had an amazing night’s sleep! We were only up once in the night around 3:45 a.m. for a feeding and that was after he had been asleep for seven hours. His longest stretch yet!! I gave him about a million baby high fives at 6:30 a.m. when we were up for the day and am crossing my fingers for more nights like that one in our future.

Ryan and Ben began the day by heading off to the gym to workout while I continued on with my quest to clean out my closet and dressers like a crazy lady. Apparently I was in the cleaning zone this weekend! I spent the rest of the day meal planning, grocery shopping and hanging around the house with Chase and the guys. We ended up ordering Thai takeout for dinner before it was time for our ice cream party! 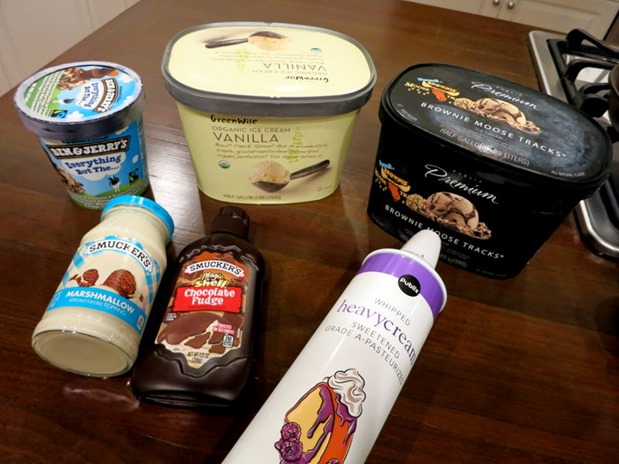 During Ben’s visit last year, we went a little crazy and each picked out a different half gallon of ice cream and various toppings and went to town. Ryan, Ben and I all share an intense love for ice cream so we recreated last year’s ice ice cream party and concluded our weekend fun on a sweet note. Wouldn’t it be lovely if every Sunday night involved copious amounts of ice cream!?

I hope you guys all had a lovely weekend and are enjoying your Monday so far!