Navigation
This weekend was a celebratory one for the Fagan family! We had a very special 70th birthday to celebrate on Sunday and spent the weekend trying our best to make Ryan’s dad feel extra loved and special. 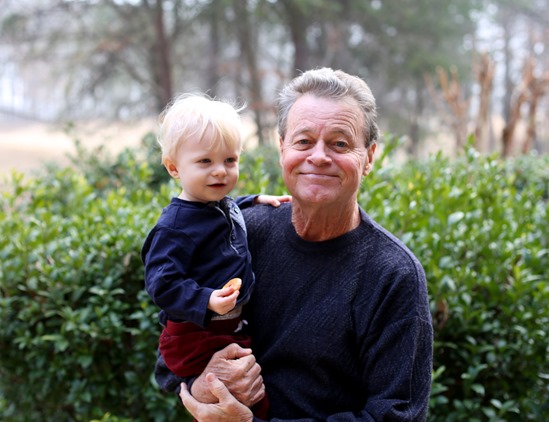 Greg flew in town from Bradenton, Florida late Thursday morning and ever since he arrived we’ve filled our time with lots of good food, outside playtime at the park (it was in the 70s on Friday!), exploration and relaxation.

On Saturday morning, we started our day the sweaty way! Ryan and his dad took off for a father/son workout at the gym first thing in the morning while I got Chase dressed and ready for the day and whipped up a batch of peanut butter baked steel cut oatmeal for everyone for breakfast. 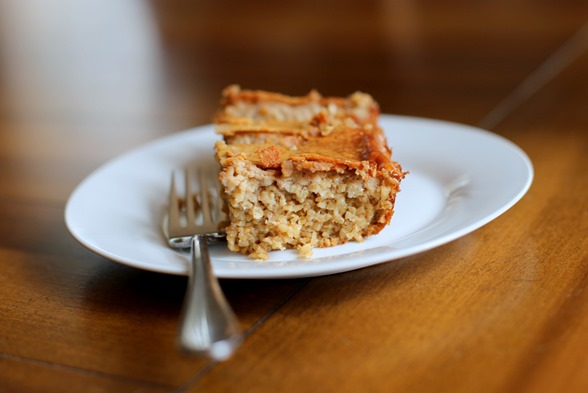 The baked oatmeal did a decent job of fueling me through my own workout after the guys returned.

Once I was done, we all headed off to Discovery Place Kids where we met up with my friends Carrie and Alexis and their families and spent the rest of the morning watching the little ones cause a ruckus and have a blast.

By the time we made it home, Chase was in need of a nap and the guys decided that sounded like a great idea, too! After lunch, while everyone took an afternoon rest, I showered, worked on blog stuff and caught up on my small group Bible study for Monday night. When everyone was up again, we hung out at home, snacked on smoothies and watched some football until our wonderful babysitter Elisabeth arrived to watch Chase for the evening. Chase absolutely ADORES Elisabeth (she is his favorite Gymboree teacher) and he lit up when he saw her and couldn’t wait to show her his “cahs” and race them all over the house.

Ryan, Greg and I thanked Elisabeth before heading into the city for an adults-only birthday dinner with the birthday boy!

Birthday Dinner at The Cellar at Duckworth’s

We had reservations at The Cellar at Duckworth’s, a hidden speakeasy restaurant tucked away uptown below Duckworth’s restaurant. 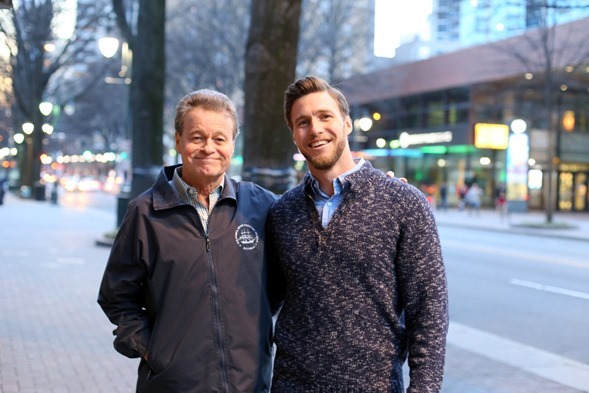 Ever since The Cellar opened a little more than a year ago, I’ve heard only the best things about the restaurant, their craft cocktails, gorgeous beer cellar and the oh so cool and unique atmosphere. Ryan and I have been dying to try it out and thought Greg’s birthday was the perfect occasion. 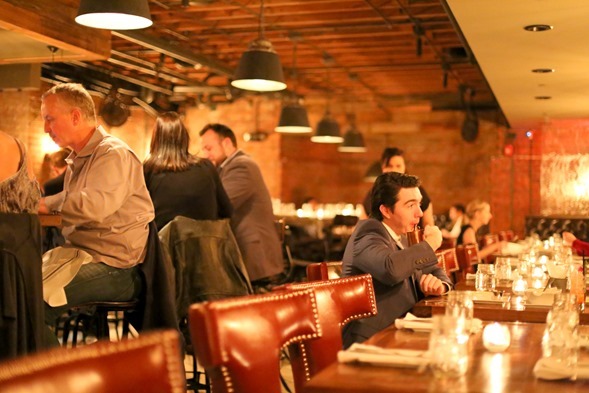 From the moment we arrived, the evening felt special thanks to the soft lighting, eclectic décor, out of this world cocktails and incredibly attentive and enthusiastic service. (Our server told us the building where The Cellar’s underground space is located was originally built in 1912 and operated as a pharmacy.) 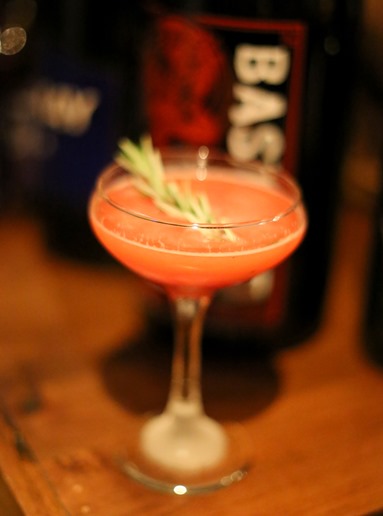 (My drink, which I left totally up to our server, was unreal.) 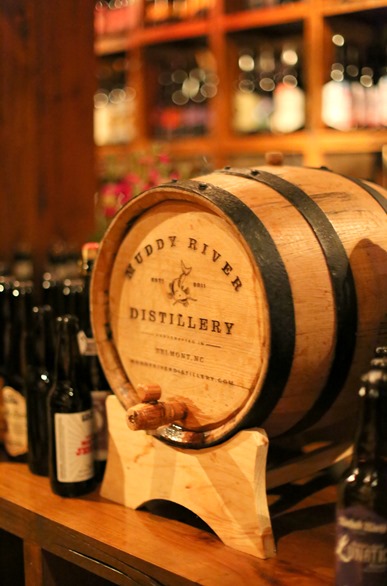 For the most part, we followed our server Darren’s recommendations and ordered many small plates to share. Everything from the char-grilled oysters and caramelized Brussels sprouts to the truffle mac and cheese, shrimp and grits and the s’mores dessert was a complete slam dunk. 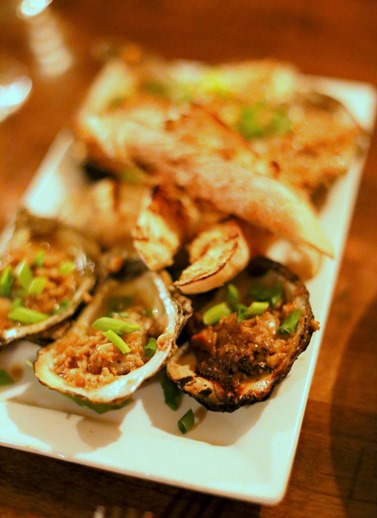 I have been an oyster fanatic since I was a little girl (my dad says they were one of my favorite foods at 5 years old) and the oysters we had on Saturday night may have been the best I’ve ever had in my entire life. I could’ve ate a million of them! 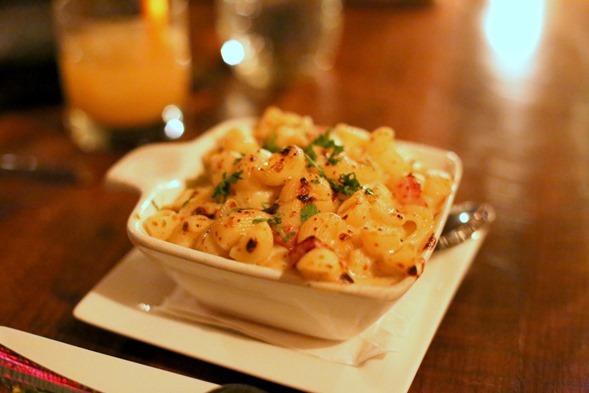 I think it’s safe to say The Cellar and Kindred (located in Davidson) are now our two favorite Charlotte-area restaurants.

We toasted the birthday boy and enjoyed every second of our special night out in honor of Greg’s 70th!

I think I was STILL full from dinner when I woke up on Sunday morning! We all took our time easing into the day on Sunday and eventually made our way to 7th Street Public Market in the heart of Charlotte for coffee and crepes… But not before wishing Greg a Happy Birthday first thing in the morning and surprising him with balloons and decorations for his special day. 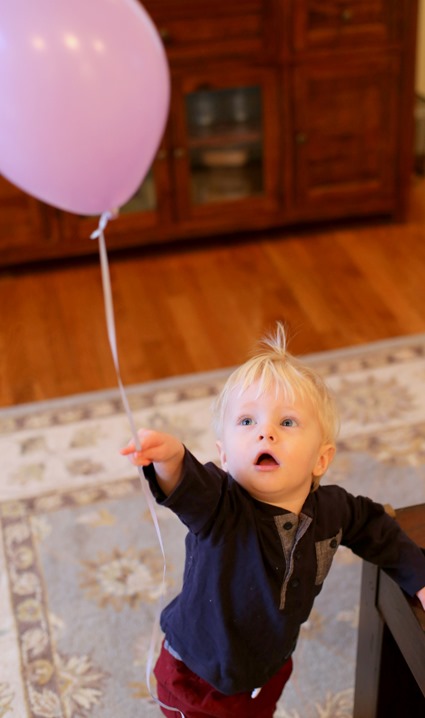 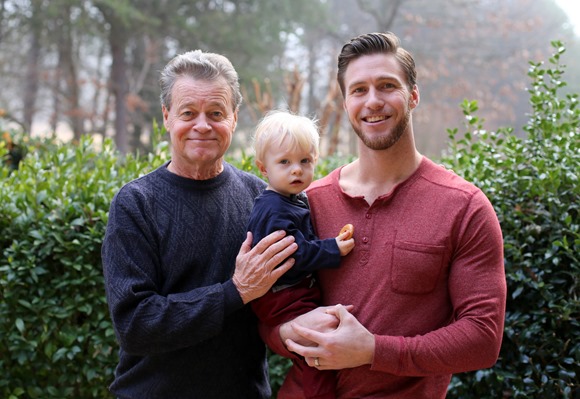 By the time we made it to the market, we were ready for some food and I immediately ordered a bunch of mini doughnuts to share while we browsed around. 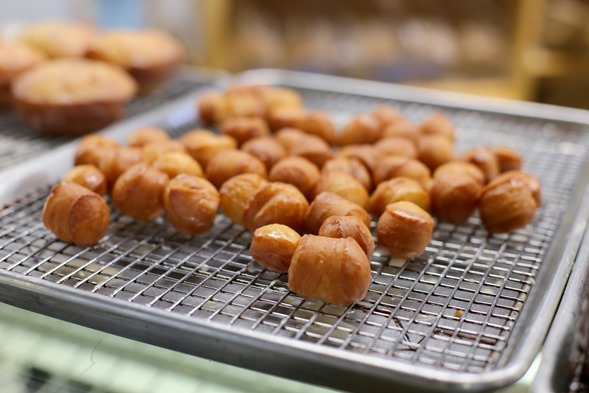 Once we had lattes from Not Just Coffee in hand, we placed our orders for crepes (the pesto capri vegetarian crepe was on point) and dug in. 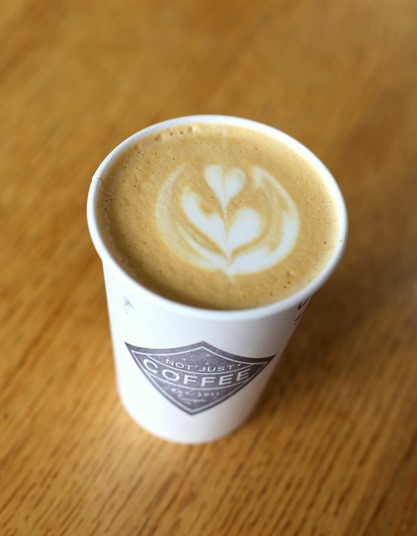 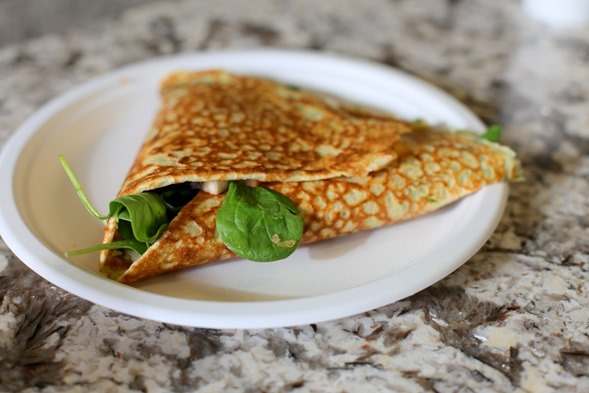 Our big adventure of the day took us just down the street to the NASCAR Hall of Fame. 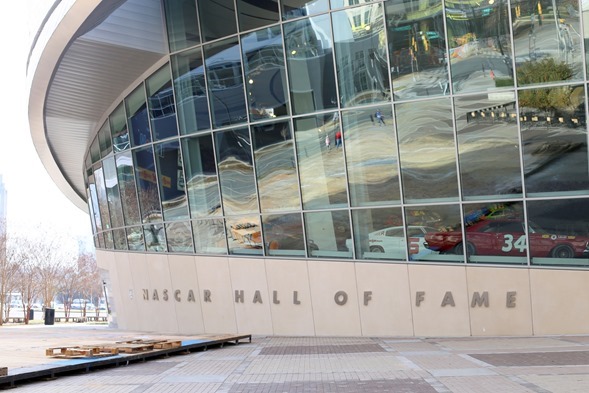 Greg suggested visiting the museum for his birthday since he knows how much Chase absolutely loves cars right now. We figured it would be a fun time but had no idea just how much Chase would LOVE it. 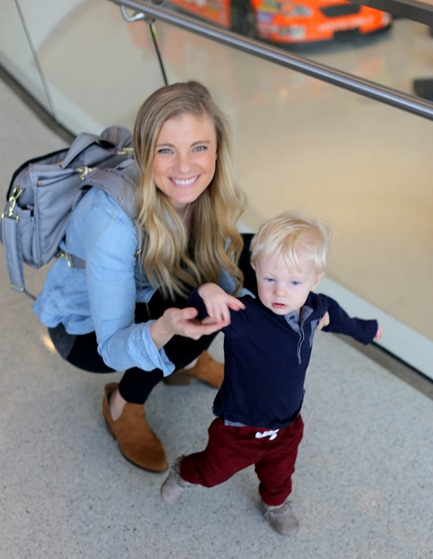 He was like a kid in a candy story and I think we heard him yell out “CAH!” (his version of “car”) and “vroom” no less than 50 times. (Seriously.) The exhibits at the museum included lots of interactive steering wheels which entertained Chase to no end. 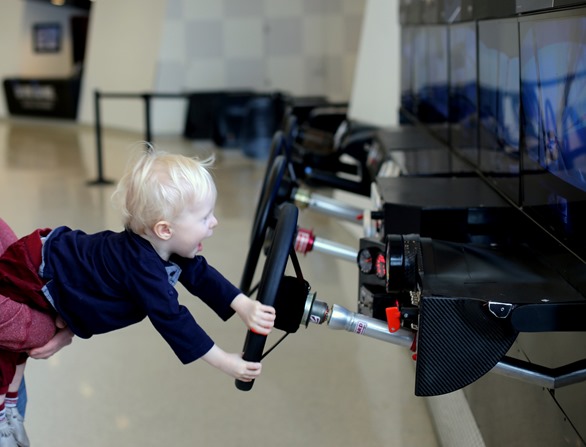 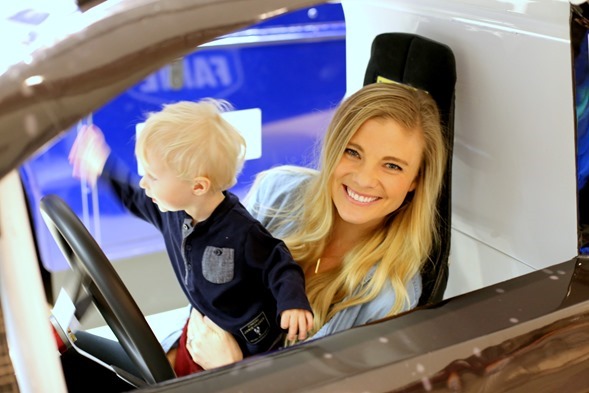 We all agreed watching Chase light up and have the best time made the NASCAR Hall of Fame 10,000 times more fun for all of us! Even with my very limited knowledge of NASCAR, I still thought the Hall of Fame was really fun to explore.

Clearly Chase had the best day ever because he passed out hard in his car seat on the way home. (Thankfully he transferred well to his crib for his nap.) While Chase slept, Ryan helped me out by snapping a few workout tutorial pictures for an upcoming blog post before he and his dad took Sadie on a walk while I began working on today’s blog post.

In case you were wondering what taking workout photos outside with a vizsla looks like, here ya goooo… 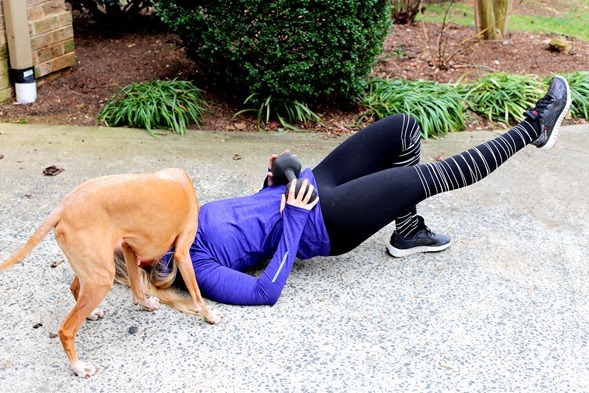 Thanks so much for the motivating kisses, Sadie!

The rest of our Sunday passed by in a flash of Thai food, birthday cake and quality time with Grandad. It was such a nice weekend and I hope Greg enjoyed every minute of his birthday fun!

Today will be a busy one as we say goodbye to Greg late this afternoon and take him to the airport but I’m hoping we can enjoy some last minute playtime with Grandad at the park if the weather holds up before he goes.

I hope you all had a fantastic weekend!