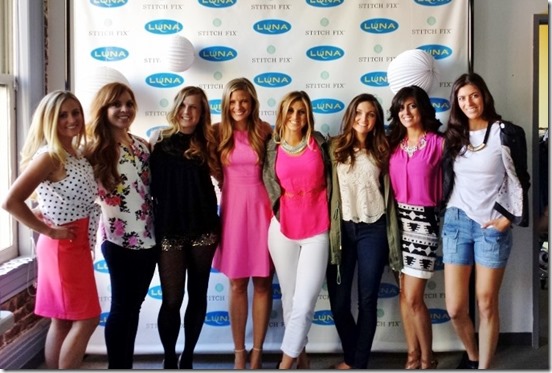 Our second day in San Francisco kicked off bright and early with a barre class. 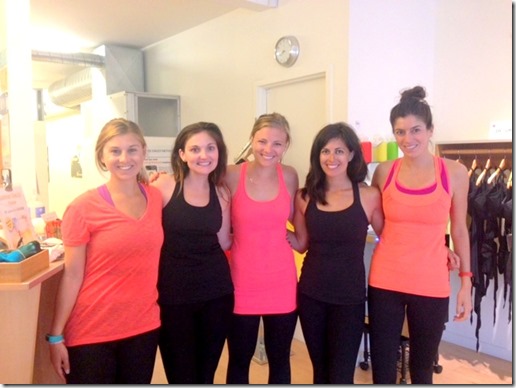 Sarah, Brittany, Nicole, Gina and I apparently thought it was a good idea to dress like Halloween and met up outside of our townhouses in the Haight Ashbury neighborhood a little after 6 a.m. After a few sleepy hellos, we jogged a little over a mile to the Dailey Method studio on Market Street to take the 6:30 a.m. class.

The class lasted an hour and incorporated a lot of core work that had my abs burning!

Since we were supposed to be ready to head out the door at 8 a.m., we took an Uber back to the townhouse and quickly showered before it was time to go.

Our first adventure of the day took us to the Stitch Fix warehouse (affectionately dubbed “The Hizzy”) where we had a chance to immerse ourselves in the process of fulfilling a “fix” for a Stitch Fix customer. 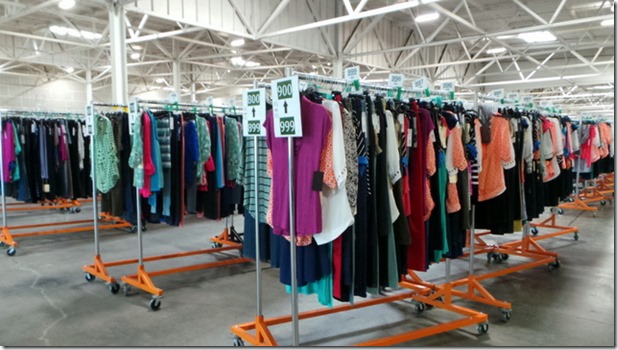 During my first visit to the Stitch Fix warehouse back in November, I remember feeling incredibly impressed with how streamlined and seamless everything seemed to be, so I was surprised to see that things have improved quite a bit since then! 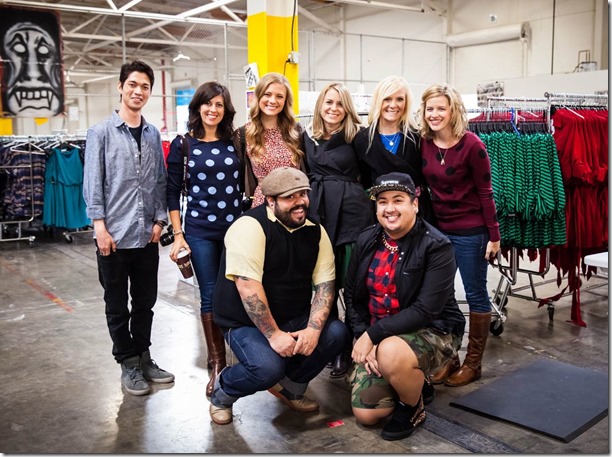 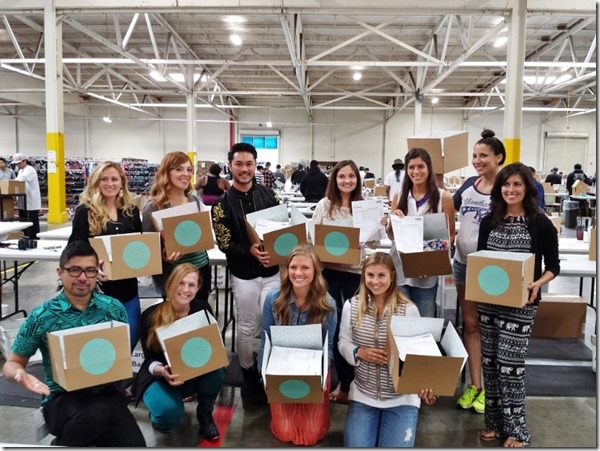 I already thought the warehouse was running smoothly, so I was impressed when I saw that it’s bigger, more organized and more tech-friendly than it was before. Stitch Fix recently opened another warehouse in Indianapolis, so it was fun talking to some of the guys about their travels to Indiana to ensure that everything is progressing and that the Stitch Fix culture is present at the new facility, too.

The lively culture in the warehouse is absolutely contagious. As we walked in between rows and rows of clothes, one employee sped by me singing aloud and rocking out to his music. It was awesome and I loved seeing people have fun as they helped fill the fixes. 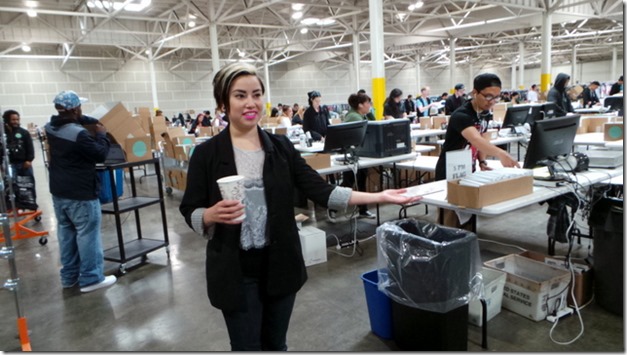 Our group of bloggers had the opportunity to help assemble a fix which was such a treat! 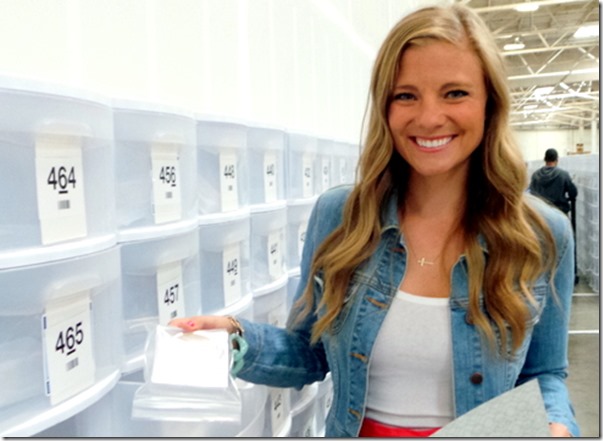 I folded up a bunch of items for Anna and was excited to see that she’s getting my favorite crossbody bag in brown! (I have it in black.) 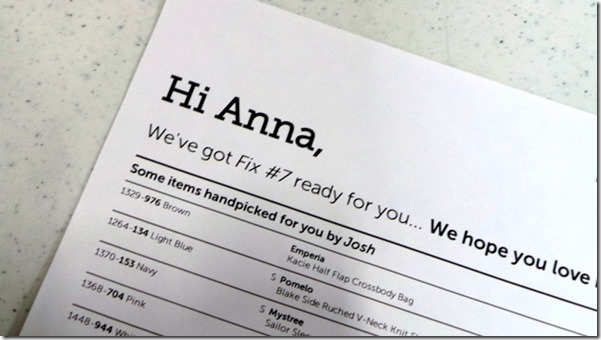 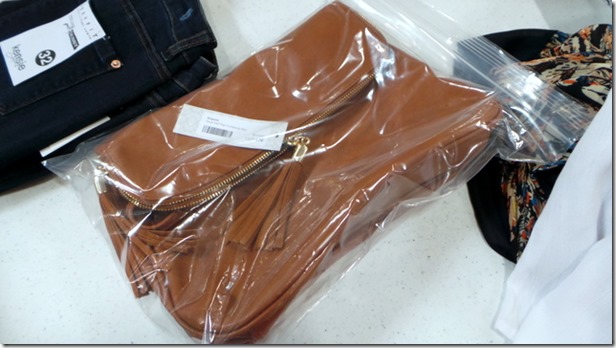 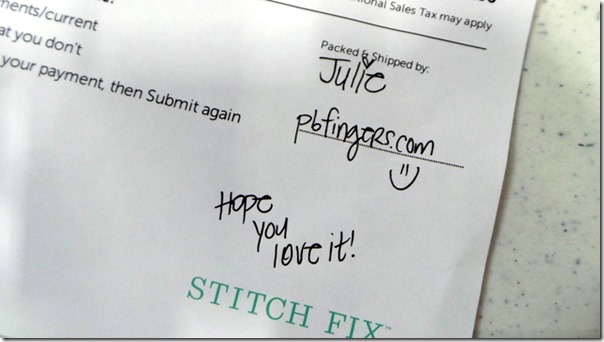 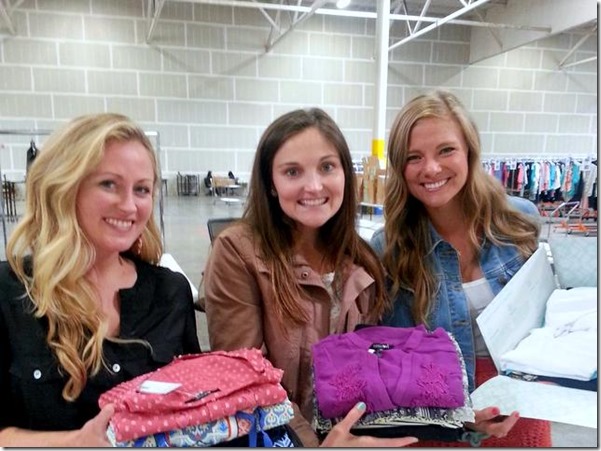 Once we wrapped everything up in the warehouse, it was time to head back to the Stitch Fix headquarters for lunch and a surprise photo shoot! 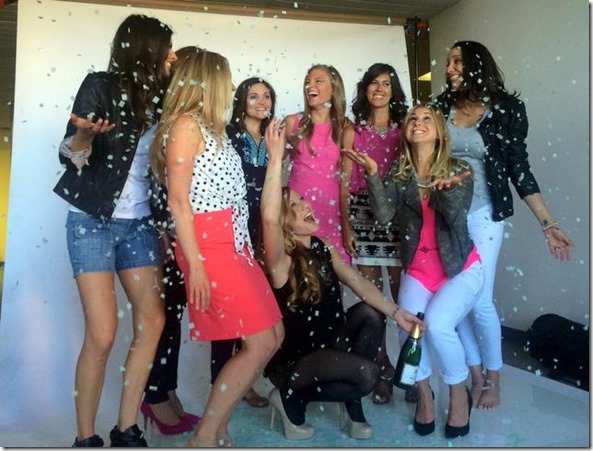 The photo shoot was a top secret surprise that everyone kept from our group of bloggers until the day of the shoot! It was a “just for fun” photo shoot and the pictures will only be shared on the Stitch Fix blog (and our blogs if we choose to share them when we see them) which made me feel slightly less nervous about the whole thing. Of course being part of a photo shoot is totally awesome, but I am incredibly awkward in front of the camera and instantly feel goofy doing anything other than standing still and smiling. I need someone to coach me on how to not smile without feeling like a total tool. 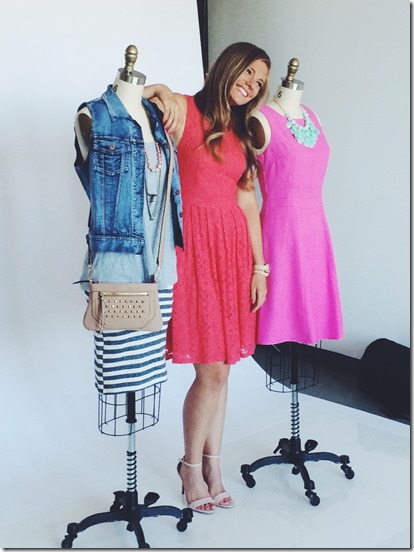 To prep for the photo shoot, our group got our hair and make up done. We were running a little behind at the end so I opted out of the makeup, but the experience at Dry Bar where we all had our hair shampooed and styled was fabulous. 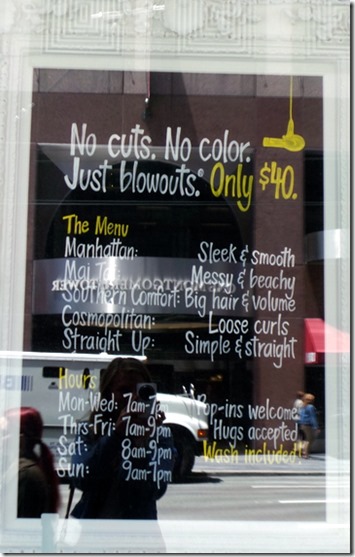 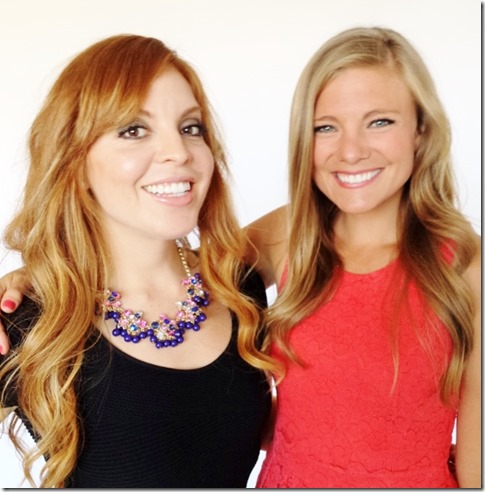 I was instantly jealous of Monica’s mermaid hair that was obviously made for photo shoots! The five hairs I have on my head put forth their best effort to maintain the curl from Dry Bar, but my ‘do started to fall fairly quickly.

During the shoot, I tried my best to not make a total fool of myself and was grateful for props like cupcakes, mannequins, flowers and balloons that gave me something to do with my awkward hands. 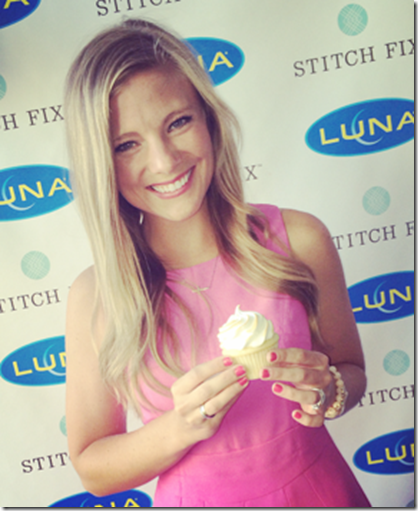 For the shoot, we worked with a stylist who helped us pull some outfits to wear. My stylist quickly realized I gravitate toward feminine dresses with a fit-and-flare style, so my three outfits included three Stitch Fix dresses that all fell under that umbrella. I’ll be sure to share a few of the photos from the shoot once I get them from the photographer. I want to request two of the dresses I wore in a future fix! 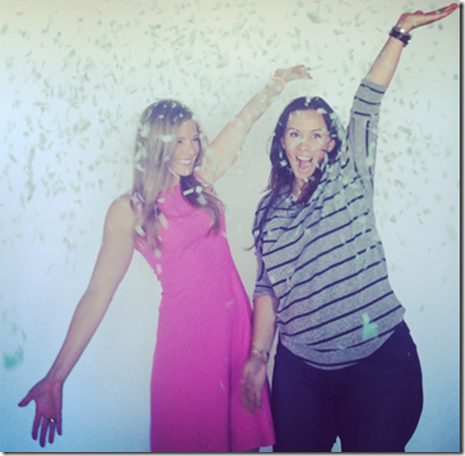 My time in San Francisco with Stitch Fix and LUNA was wonderful I’m so grateful to both companies for having me! I had a blast!