As one of Ryan’s birthday gifts for his birthday back in October, I gave him two tickets to Universal to visit the Wizarding World of Harry Potter, a brand new section of Univeral’s Islands of Adventure theme park completely dedicated to Harry Potter.

Early this morning, we hopped in Ryan’s car and headed to the park, excited to see some of our favorite books (and movies) come to life. 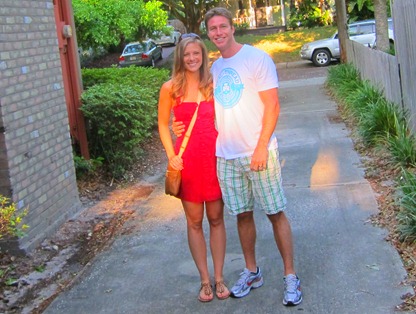 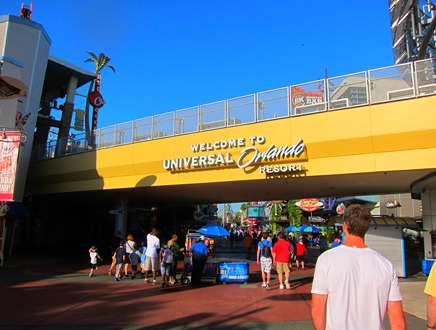 We arrived as the park was opening and made a beeline for the Harry Potter and the Forbidden Journey, the main ride in the Wizarding World of Harry Potter. 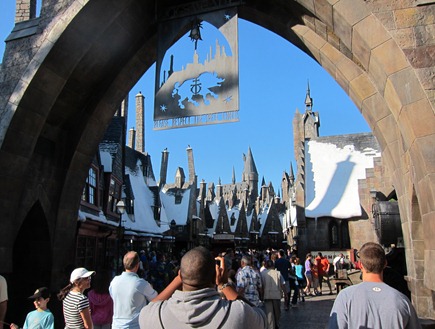 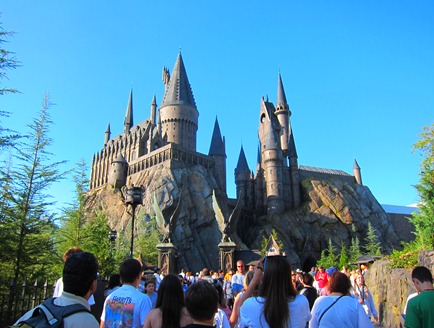 Our wait time for the ride was about an hour, but it really didn’t feel that long because there was so much to look at while we were in line. From the sorting hat to Dumbledore’s desk and the talking portraits in the halls of Hogwarts, I felt entertained during the entire wait. 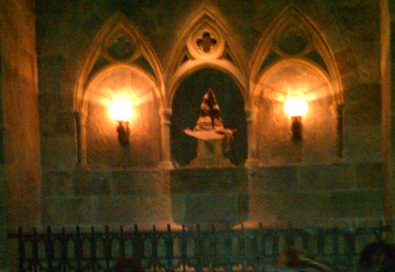 The ride itself was pretty cool! Anyone who is plagued with even the slightest bit of motion sickness should definitely steer clear of this ride though because it was dizzying! Riders watch a 3D screen nearly the entire time and it truly feels like you’re flying above Hogwarts and through the school.

As we were exiting the ride, we saw a cart selling Butterbeer and pumpkin juice! 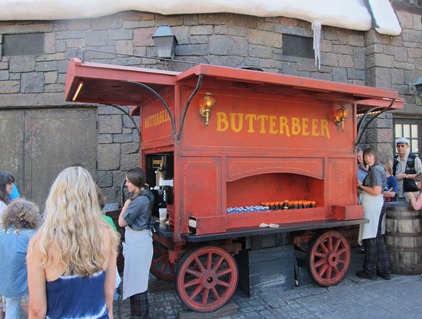 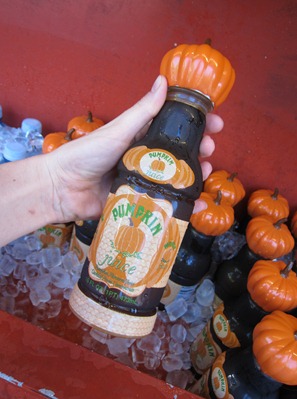 We were tempted to buy a cup of the Butterbeer, but overheard some people saying it didn’t live up to their expectations and opted to save our $5… and spend $3 of it on a soft pretzel! 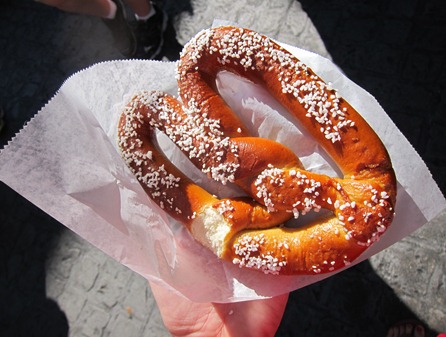 I love soft pretzels and was grateful to Ryan for letting me eat my half plus all the nubs and twisty parts (my favorite)!

As we ate our pretzel, we wandered around Hogsmeade and ended up in line for the Dragon Challenge, a dueling dragons rollercoaster where patrons choose to ride one of two dragon rollercoasters. 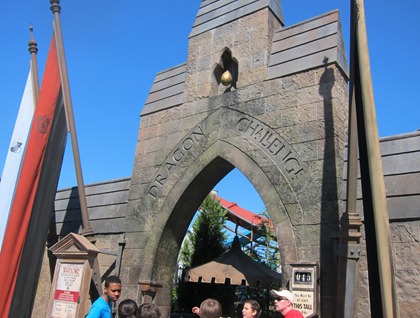 We chose the blue coaster (the Hungarian Horntail) and had a blast, though I must say that the ride was really short. Everyone on the rollercoaster was shocked when it came to a halt, signaling that the ride was over.

Ryan and I spent some more time exploring the adorable shops of Hogsmeade, including Honeydukes candy shop and a trick store. 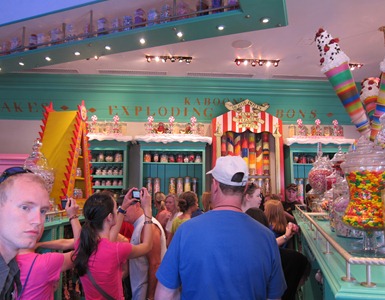 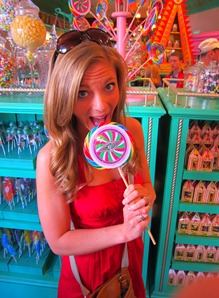 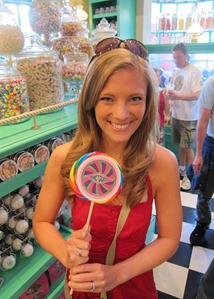 Before leaving Harry Potter, we had to say hi to Hedwig! 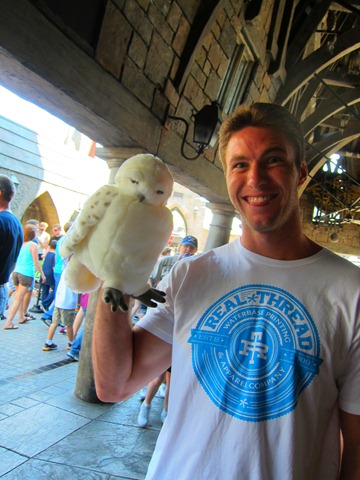 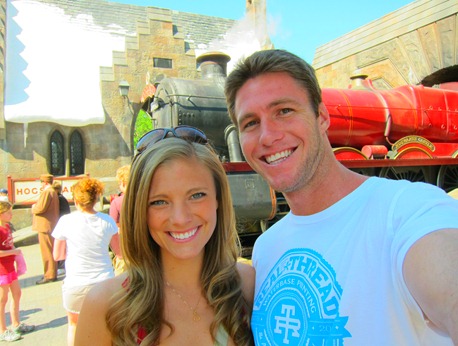 That’s the Hogwarts express behind us!

Eventually we made it out of Harry Potter and started exploring the rest of the park. 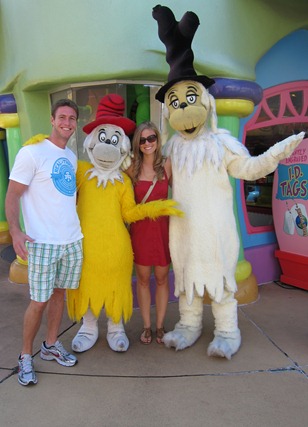 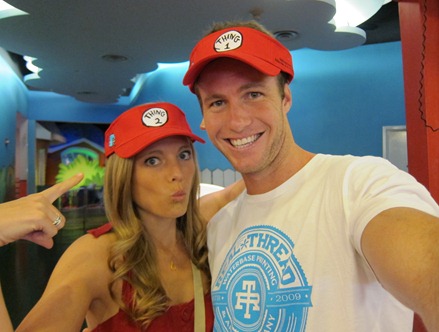 We rode several other rides, including The Cat in the Hat before it was time for lunch.

After searching around, we managed to find a relatively health looking sandwich shop and popped in for his and hers subs.

I opted for a roast beef sub on wheat bread with lots of veggies and spicy mustard. 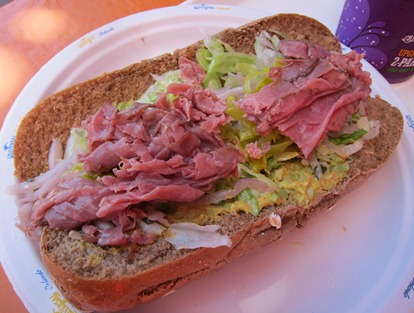 The sub was only okay, but I was hungry and ate every bite.

Once our hunger was taken care of, we joined the line of people waiting to ride the Hulk, a giant rollercoaster that Ryan remembered as one of his favorites when he visited Universal several years ago.

The ride was so, so fast! I felt like I was slammed up against the back of my seat! It was intense and totally awesome.

We had a great time exploring the park a bit more before deciding we’d had our fill. 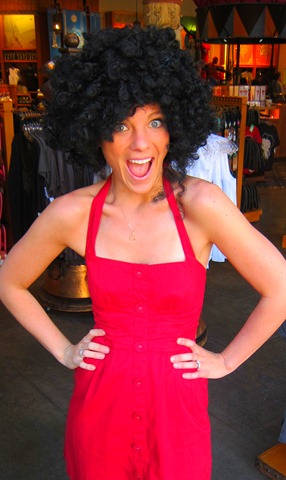 I’ll pick up back here in a bit! For now I just want to chill out in the backyard with Ryan and Sadie and eat an inordinate amount of cheese popcorn.

Hope you’re all having a fantastic Saturday!