The evening following the Fitness Magazine Meet & Tweet took us out into the city for dinner! 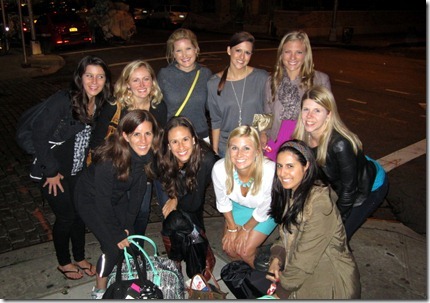 Natasha, who works for Physique 57 and is just plain cool, made reservations for a large group to dine at Tortilla Flats. 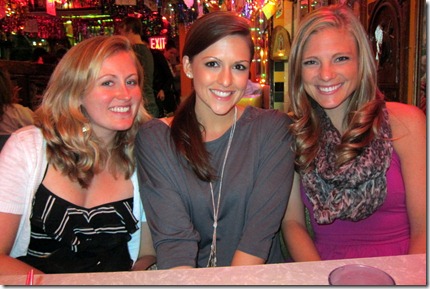 (With Anne and Courtney) 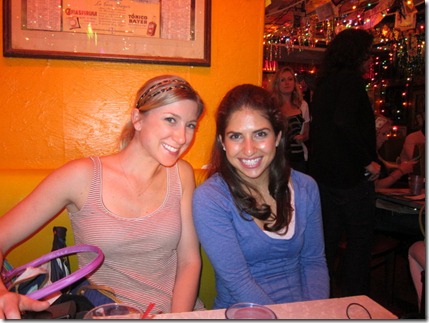 Dinner began with chips and salsa and I just kept dipping away. 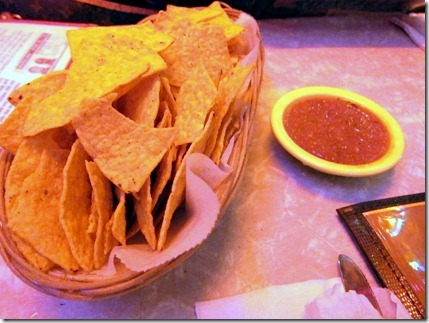 I was hungry and the salty, crunch chips hit the spot!

Since everything salty tastes a little better when accompanied by something sweet, I shared a pitcher of sangria with Jillian and Courtney. 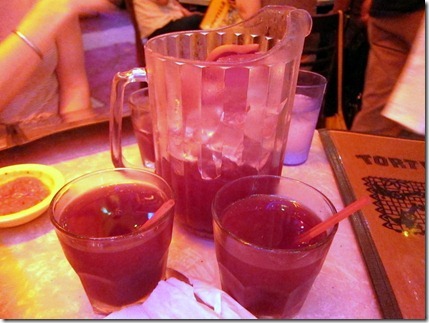 For my entrée, I ordered the combo platter that included a hard shell chicken taco packed with shredded chicken, rice and refried beans. 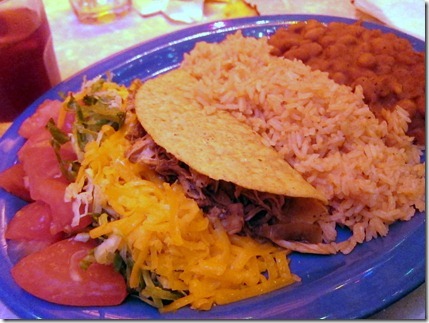 There was maybe one bite left on my plate by the time I was finished.

After we were done eating, the group spent some time chatting before heading back out into the city. Some of the gang continued on to get some drinks, but since Courtney and I were both running on minimal sleep (less than five hours for me and she got up at 4 a.m. that day) and are nice and lame, we called it a night. We hung out back at the hotel for a while but both fell asleep the minute I flipped off the bedside light. 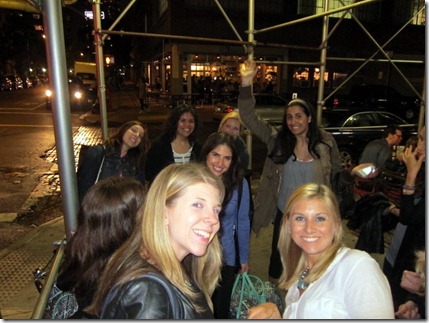 This morning Courtney and I awoke at 7 a.m. because we wanted to work up a little sweat since we knew we’d be sitting on a train to Boston for nearly four hours today.

She and I hit up the hotel gym and ran into MizFit and the three of us worked up a ridiculous sweat (not so much because of a killer workout but because the gym was the size of a shoebox and hot)!

When we got back to the hotel room, I ate two of the Fiber One brownie bars bars from yesterday’s swag bag because I was hungry and knew we might not have a chance to grab anything to eat until a little after 9 a.m. at the train station since we were in a hurry to pack, shower and meet up with other bloggers to head to Boston.

Once Courtney, Tina, Anne and I arrived at the train station a little after 9:30 a.m., I initially thought I wanted breakfast, but when I saw Tina order a salad filled with fresh veggies, I changed my mind and ordered one as well from Chickpea, a fast-service restaurant located inside of Penn Station. 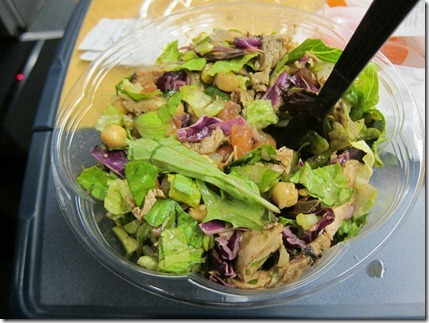 I got my salad topped with chicken, chickpeas, cucumber, tomato, cabbage and balsamic vinaigrette. It totally hit the spot! I haven’t had a salad in the longest time and really enjoy them when they’re well made and filled with lots of quality ingredients.

On the train, I spent some time talking with Sarah and Courtney, blogging and catching up on emails. (Love that the train has free wifi!) 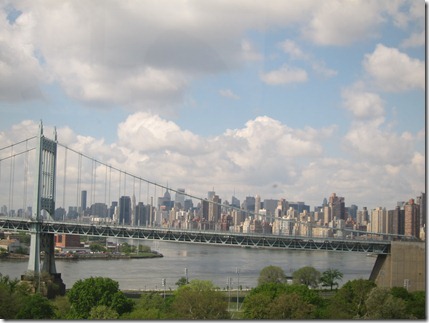 This was actually my first time on a high-speed train like the Acela and I was so impressed. 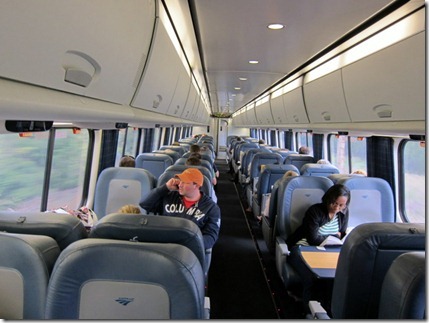 There was lots of room, outlets to plug in your electronics and a café car that served drinks, food and snacks. (I was waiting for a trolley to come by a nice man to offer me some Bertie Bott’s Every Flavor Beans, but it never happened.)

I did some snacking on the train, selecting the big bag of Sun-Maid raisins from the Meet & Tweet swag bag. 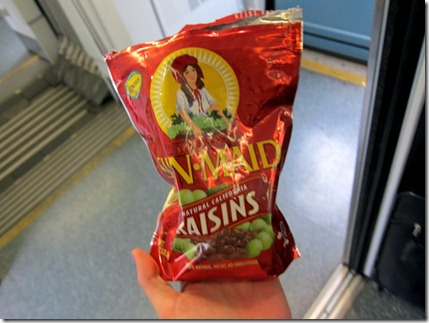 I don’t think I’ve snacked on raisins since I was nine years old at summer camp and I forgot how addicting those little buggers can be once you start munching on them.

I thought about the Ellen Degeneres comedy sketch (<—Watch this if you haven’t seen it!) about how people somehow think it’s acceptable to shovel handfuls of popcorn into their mouths in the darkness of a movie theater because that was me with these dang raisins… but in the daylight. Git in mah belly!

Raisins and graham crackers with peanut butter will forever remind me of summer camp snack time. I also remember that the counselors would serve Saltines with cheese once in a blue moon with and it felt like the best day in the entire world.