This weekend I felt like I went on a delicious food tour!

Today the good eats continued with breakfast at The Broken Egg. 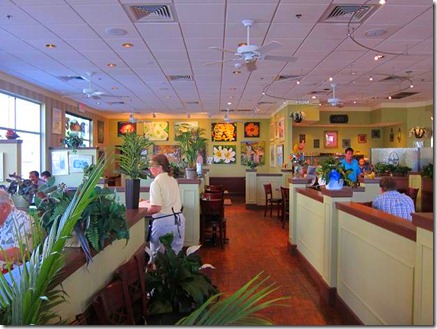 Ryan and I have been to the Broken Egg with his mom and her boyfriend a handful of times before and it never disappoints.

This morning I ordered an egg white omelet with mushroom, spinach, tomato and Swiss cheese, coupled with a toasted English muffin that I topped with apple butter and a cup of fresh fruit. 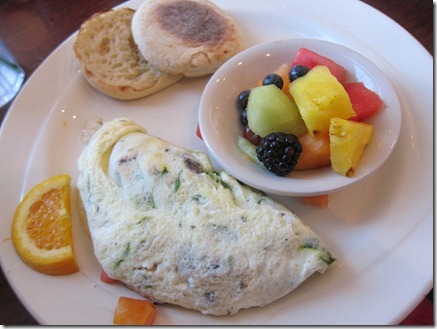 It was really yummy!

After breakfast, we headed to Ryan’s grandma’s house for a bit to hang out and chat and meet her new dog, an adorable maltese named Dottie. Such a cutie pie.

The rest of the morning was spent around the coffee table at my mother in law’s house playing Scrabble! 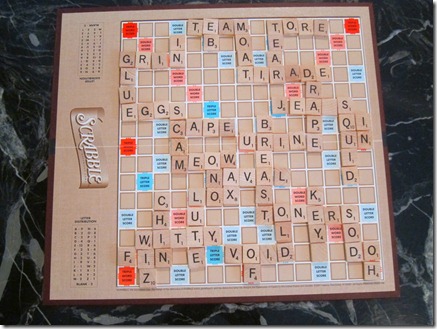 Guess who took home the gold? 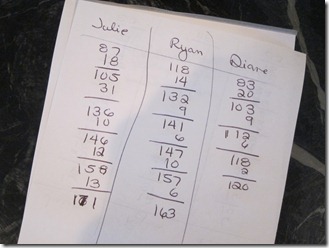 Oh yes! To be honest, we all played some questionable words, so I’m not sure anyone should’ve been crowned a winner, but I’ll take the trophy with a smile.

When our game was over, it was lunchtime!

Ryan’s mom’s boyfriend Les makes the most amazing meat sauce for over pasta (a secret recipe!) and we enjoyed his sauce with homemade meatballs, Italian sausage and sausage ravioli. 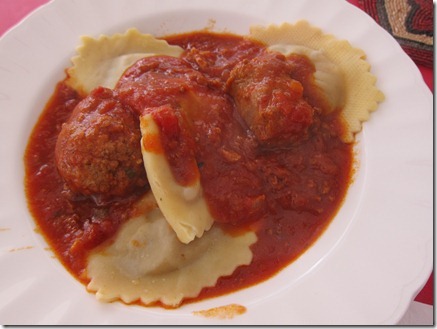 Les was kind enough to sit on the couch with me and walk me through the steps to make his special sauce. I have the basic recipe and my notes with me now and can’t wait until we move into a place and have a kitchen I can use to give it a go! It really is delicious. I could eat bowls and bowls of just the sauce and be perfectly content.

Dessert came quickly after lunch because Ryan and I needed to get on the road. 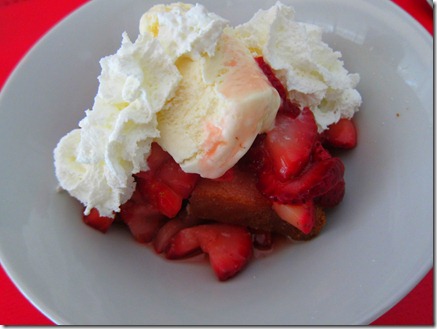 Once we said some sad goodbyes to Ryan’s mom and Les, we headed to my parents’ house in St. Pete to say hi to everyone en route to our drive back to Ocala.

While we were there, we helped prep food to bring to a BBQ at the neighbor’s house.

My sister and I decorated mini cupcakes! 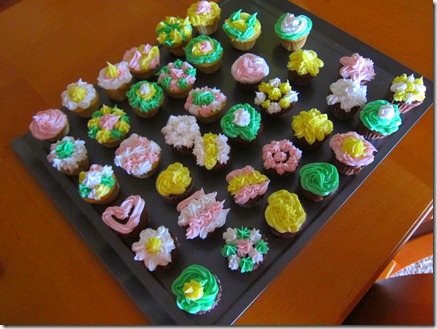 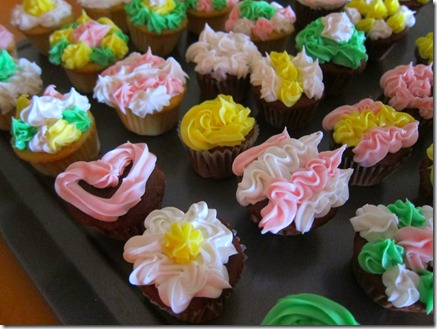 I want to make these again to bring to an Easter brunch! Don’t they look so springy?

We had a good time at the BBQ, but had to leave early to make the two-hour drive back to Ocala.

Ryan and I were both feeling a little emotional saying goodbye to Sadie. It’s really hard to be away from her for such long periods of time in a row! It’s kind of crazy how much she adds to our lives. She really is such a joyful presence and we miss her like crazy. I’m so glad she’s in good hands at my parents’ house while we’re living in temporary housing.

Hopefully we’ll find a place to rent soon. The situation is looking up!

I’m now blogging from the temporary abode… Yes, the one with the lovely horse artwork. 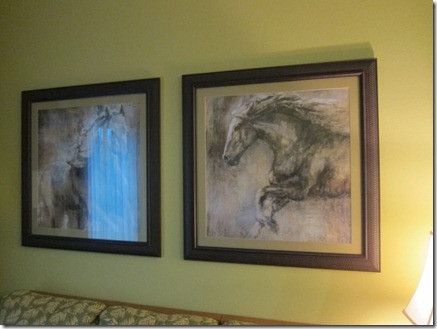 I actually took some time to unpack my big bag for the week so the place feels a little more homey and a  little less temporary. 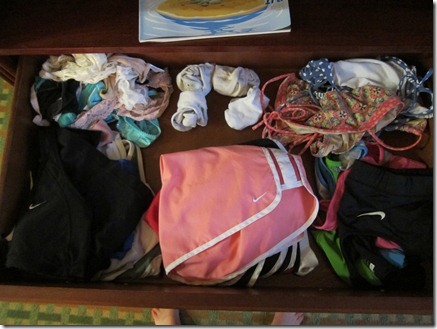 As fun as it is to live out of a suitcase, I think I prefer living out of a real dresser. Hopefully unpacking my stuff will make our hotel room feel more like a real apartment!

Time to cuddle up and relax for the rest of the night. I need tomorrow to be a very productive day, so I’m hoping a good night’s sleep is in my future!