Yesterday I swam with dolphins. Tons and tons of dolphins. In the wild. It was incredible! 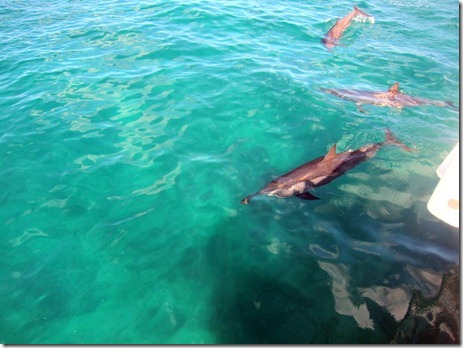 Our morning began around 7:30 a.m. when we were picked up at our hotel and driven to the Waianae coast to board a catamaran with a small group of other people from the press trip.

The Waianae coast of Oahu is gorgeous and the beautiful beaches are nearly deserted since most tourists tend to hang out in Waikiki or the North Shore of Oahu. It felt like we were discovering a hidden secret! 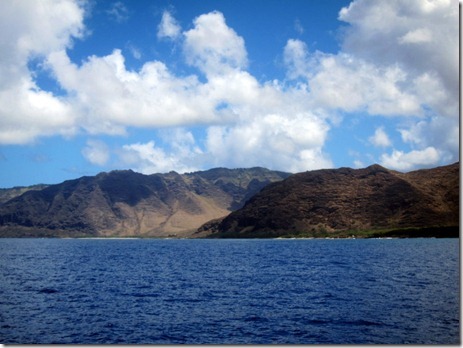 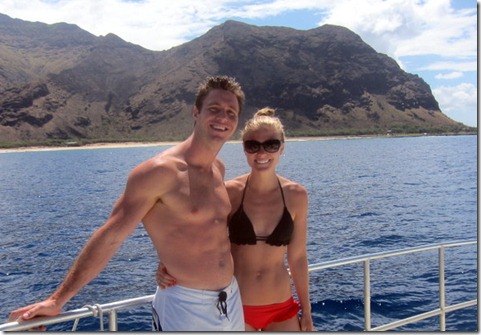 Our group included about 10 people and felt small and intimate. Wild Side Specialty Tours intentionally limits the size of their snorkel tours and focuses on ecologically friendly and nature-minded tours.

Along with the boat captain, Wild Side Specialty Tours had two marine biologists on board which added so much to the experience. Guests on the tour could speak to the marine biologists and ask them questions or simply kick back and enjoy the sun in between snorkel stops. You better believe I took full advantage of the marine biologists’ knowledge and chatted with one of the biologists for more than an hour. I find dolphins so incredibly fascinating and learned a lot. Did you know that many experts believe that dolphins can commit suicide? I had no idea and found the thought both sad and interesting.

The tour itself took guests around the ocean in search of pods of dolphins. In Florida, when we see dolphins in the Gulf of Mexico, we’ll usually see three to four dolphins. On this tour, we saw pods with 20 to 50 spinner dolphins. It was unreal. 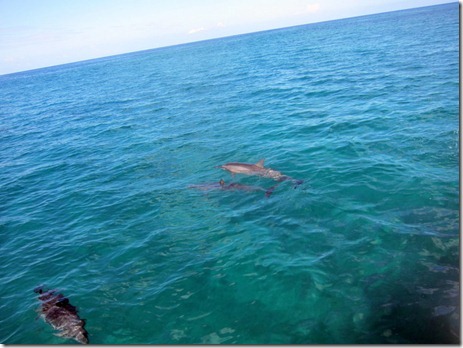 We even saw three baby dolphins! They were so tiny and absolutely adorable when they’d clumsily pop up for a breath of air.

When the catamaran came upon a pod of dolphins, the biologists would discuss whether or not they appeared relaxed and if the pod appeared approachable, the biologists would coach our group on proper snorkeling techniques to make sure we could float in the water with them without disturbing them. We were able to swim with three different pods. Looking down in the water and seeing 20 beautiful spinner dolphins swimming below me in their natural environment was indescribable. I will never, ever forget it. 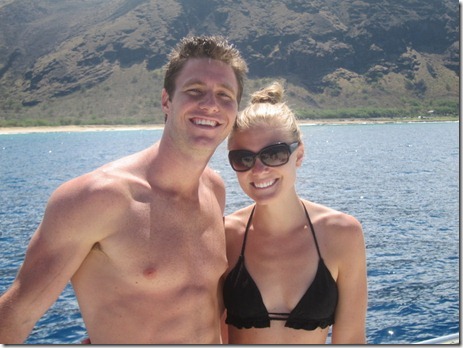 Once we were done swimming with the dolphins, we ate lunch aboard the boat and cruised around to snorkel at a reef. During our time aboard the catamaran we saw four sea turtles which was really, really neat.

It was an unforgettable day and Ryan and I cannot stop talking about it! Thank you so much to Wild Side Specialty Tours for such a special experience.