Navigation
Hey friends! How are you doing? How was your weekend? On Friday morning, we got word that the governor of North Carolina issued a statewide “stay at home” order through the end of April. (This changed from the previous order that affected Mecklenburg County through April 15.) I have a feeling a lot of you have already experienced the same thing or may be experiencing the same thing in the very near future. Apparently we will be hunkering down at home for quite a while! We’re already two weeks into implementing this change in our house and I have a feeling the next few weeks will be a bit of a blur.

One thing that’s been a big blessing in all of this craziness in North Carolina? The weather! It’s obviously a big change and hard for so, so many people but when we’ve passed our neighbors from a distance on one of our many walks, everyone seems to call out to each other about the beautiful weather. It definitely lifts my spirits and shifts my focus to something positive when the news is all doom and gloom.

Our weekend kicked off on a sweet note with homemade doughnuts! 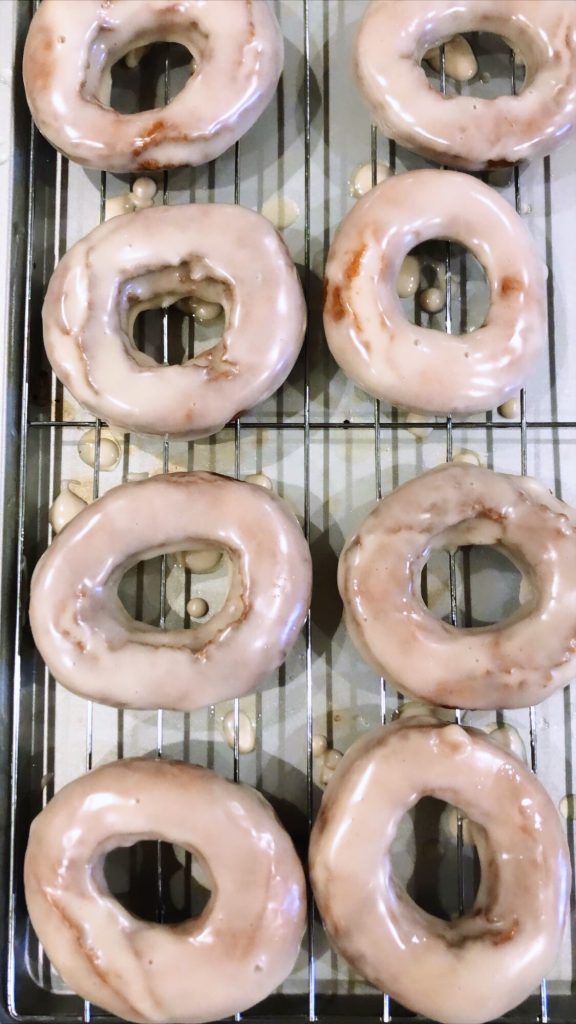 I’ve been dying to make yeast doughnuts for a while now but yeast has been sold out in our area for weeks. I looked around for a recipe that didn’t require yeast and stumbled upon one for old fashioned doughnuts. When I saw the recipe called for sour cream, I was all in since sour cream doughnuts are probably my favorite kind of cake doughnut. I already had Pamela’s all-purpose artisan flour blend in our pantry so the recipe was an easy one to throw together and a big-time it with our whole family.

Something about homemade doughnuts has a way of making any day feel a little more special! I remember my mom would always make them for me and my friends in the morning after sleepovers at our house when I was a kid and I thought it was the coolest thing!

Oh and if you don’t have a doughnut cutter at home, here’s a little tip: The top of a mason jar worked well for cutting out the round circle of the doughnut and I used a long, thin shot glass (from my college sorority days — ha!) to cut out the center hole. 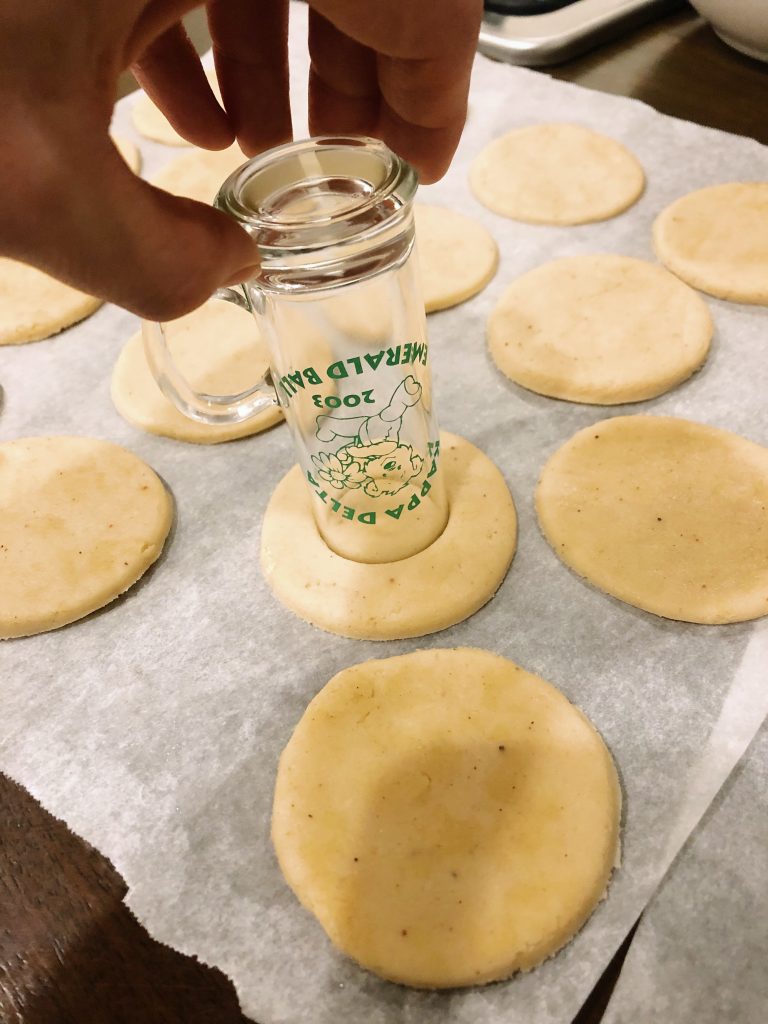 After doughtnuts and some fresh fruit for breakfast, we spent most of Saturday outside. With sunny skies and temperatures in the low 80s, it was impossible to resist the spring weather! We leashed Sadie up for a walk around the neighborhood before stopping at our favorite little spot so the boys could search for worms and throw rocks. 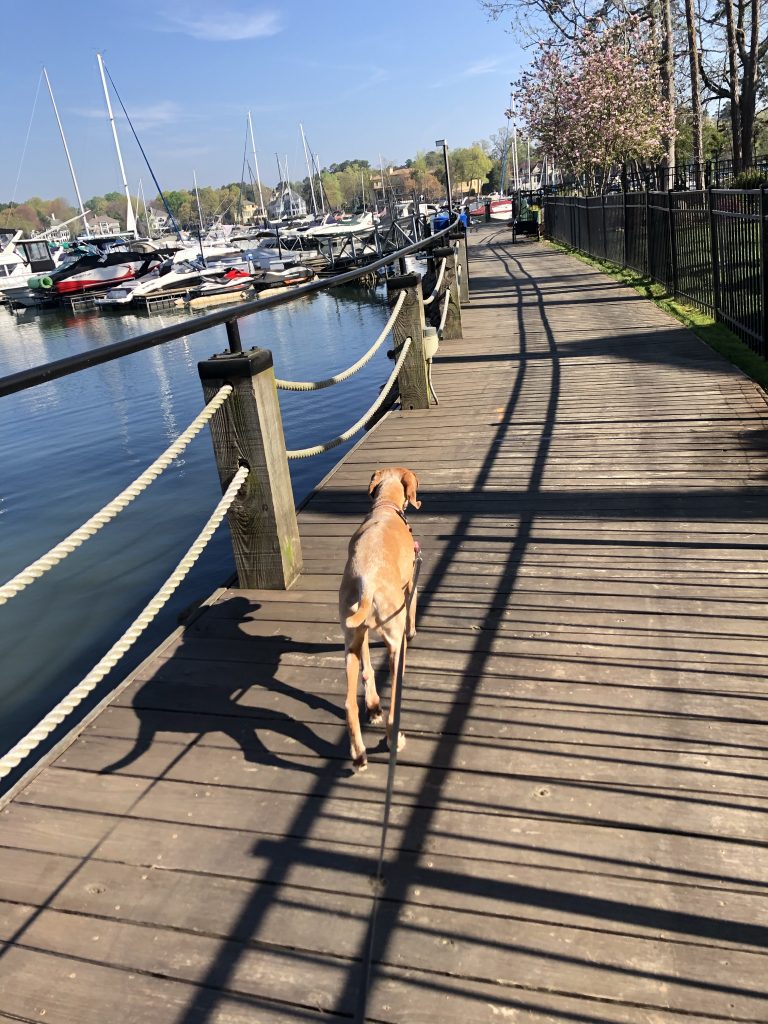 We made our way home in time for an early lunch before venturing out on our first family boat ride of the year. We left about an hour before Ryder’s usual nap time but something about the white noise of the boat and the rocking motion had him asleep in my arms within 15 minutes of our boat ride. 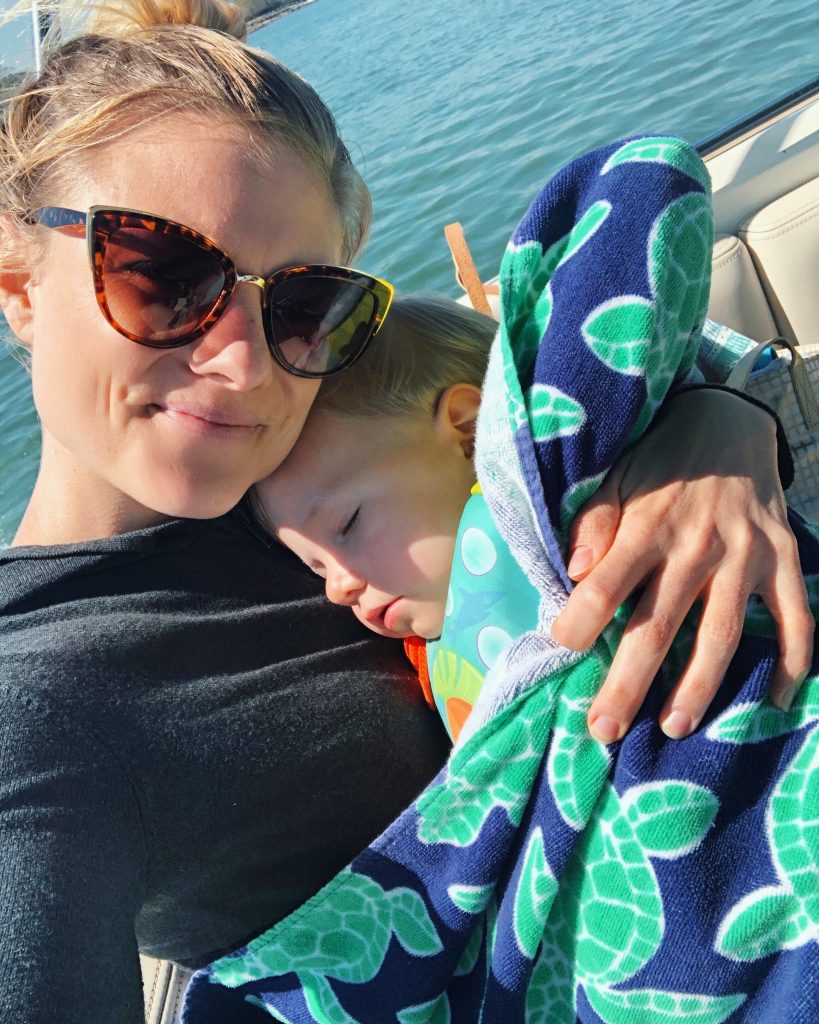 When your baby who never stops moving actually stops moving and falls asleep on your chest, I swear there is nothing better. I soaked up every second of those cuddles as Ryan and Chase took us up the lake toward one of our favorite little beaches. 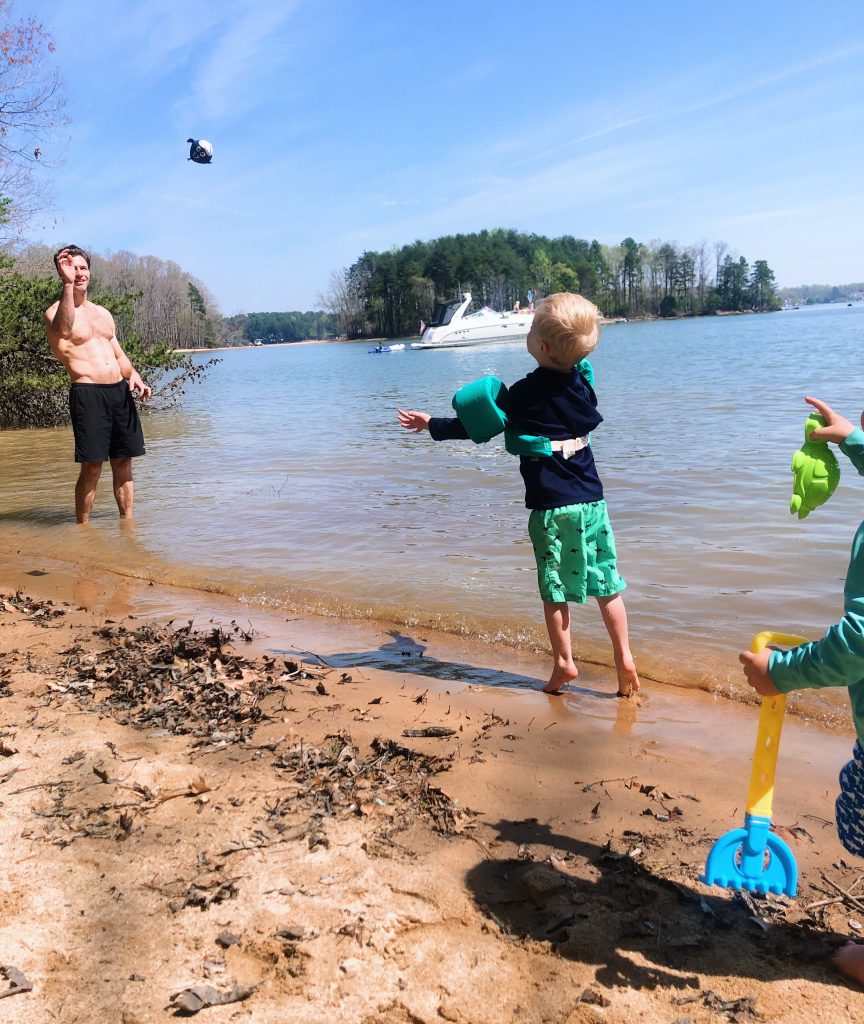 Ryder awoke the minute the engine cut off and we spent some time playing in the sand with the boys while Sadie had a blast darting in and out of the water playing endless rounds of fetch. 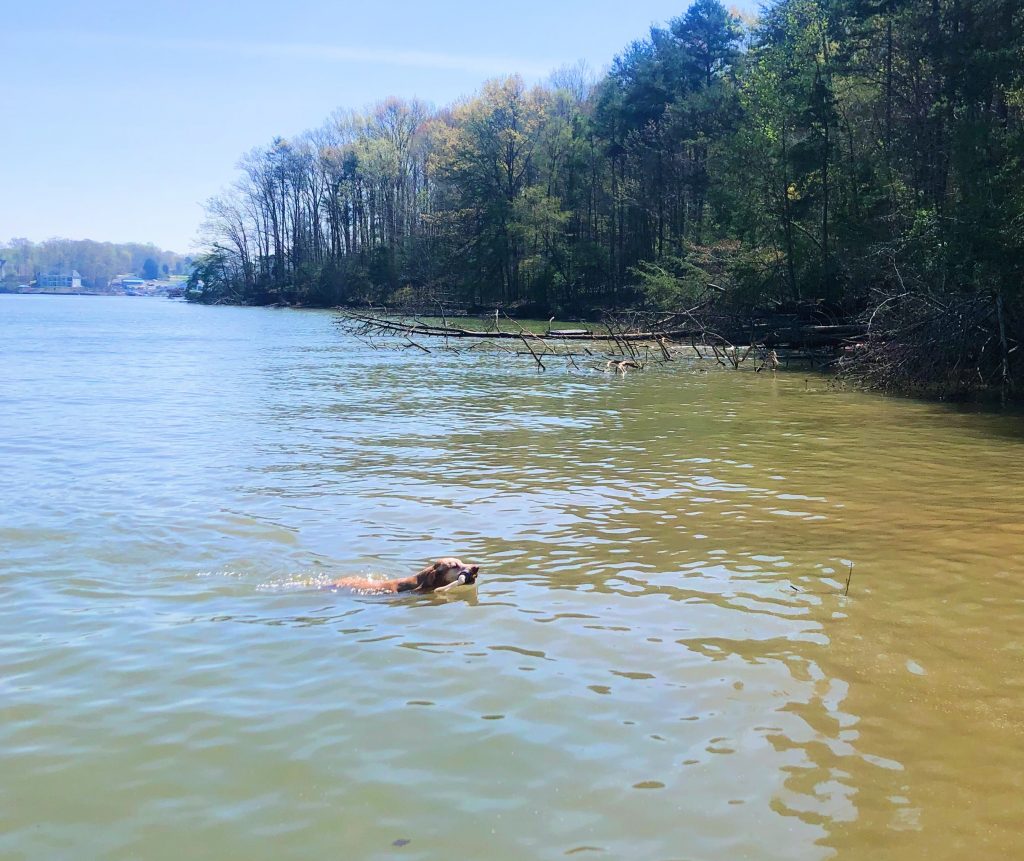 The lake temperature was ice cold so she was the only member of the Fagan family brave enough to swim!

Eventually we figured it was time to head home and we ended up with two sleepy boys on the boat ride back to the dock. I love the way Chase rested with his hand gripped tightly over the top of the cup that held a caterpillar he found on the beach. He may be sleepy but not sleepy enough to risk losing his new little friend! 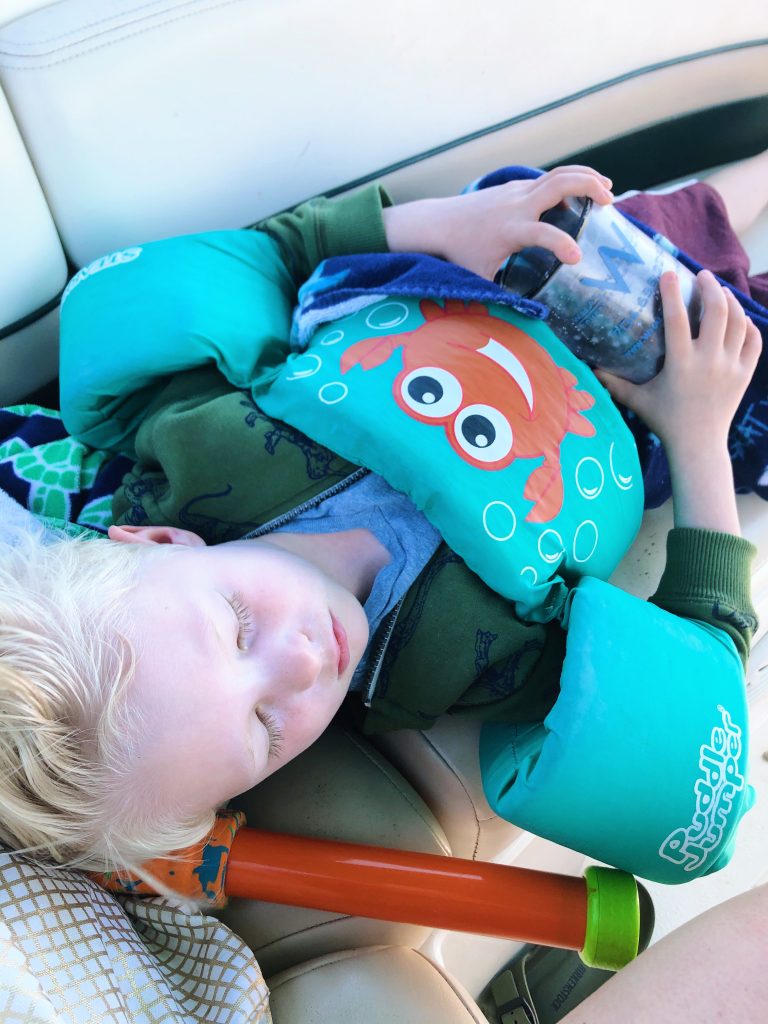 Once we made it home, Ryan stayed back with the boys while I drove up to Mt. Ulla to pick up an order I placed with Evans Family Farm for some pasture-raised meat and eggs. 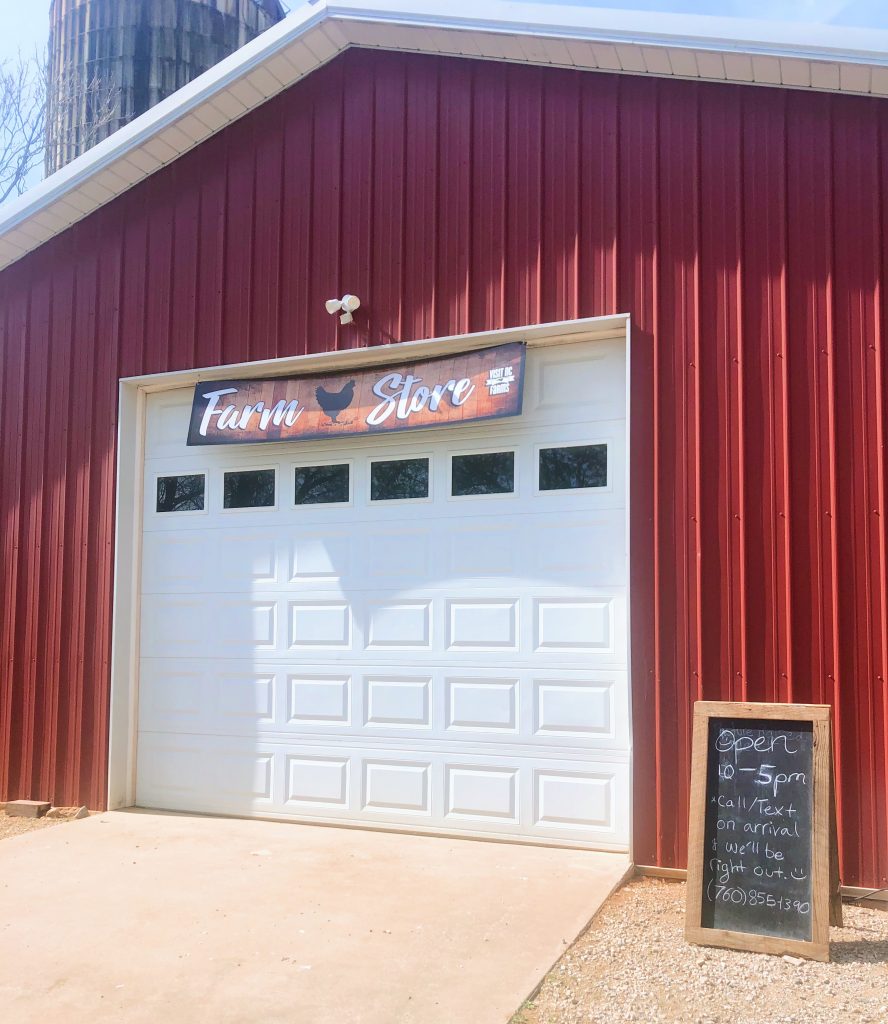 Everything is so picked over in our grocery stores right now and I was so excited when I heard about this beautiful farm from my friend Brittany. It feels nice to have a freezer stocked with the good stuff again!

I made it home to find Ryan in the middle of bath time with the boys so I grabbed a shower and then we all changed into our pajamas and settled in for movie night and takeout pizza. We watched the first half of Cars and had a special treat for dessert! I made what I’m pretty sure is my first-ever batch of homemade caramel sauce for on top of our vanilla ice cream. 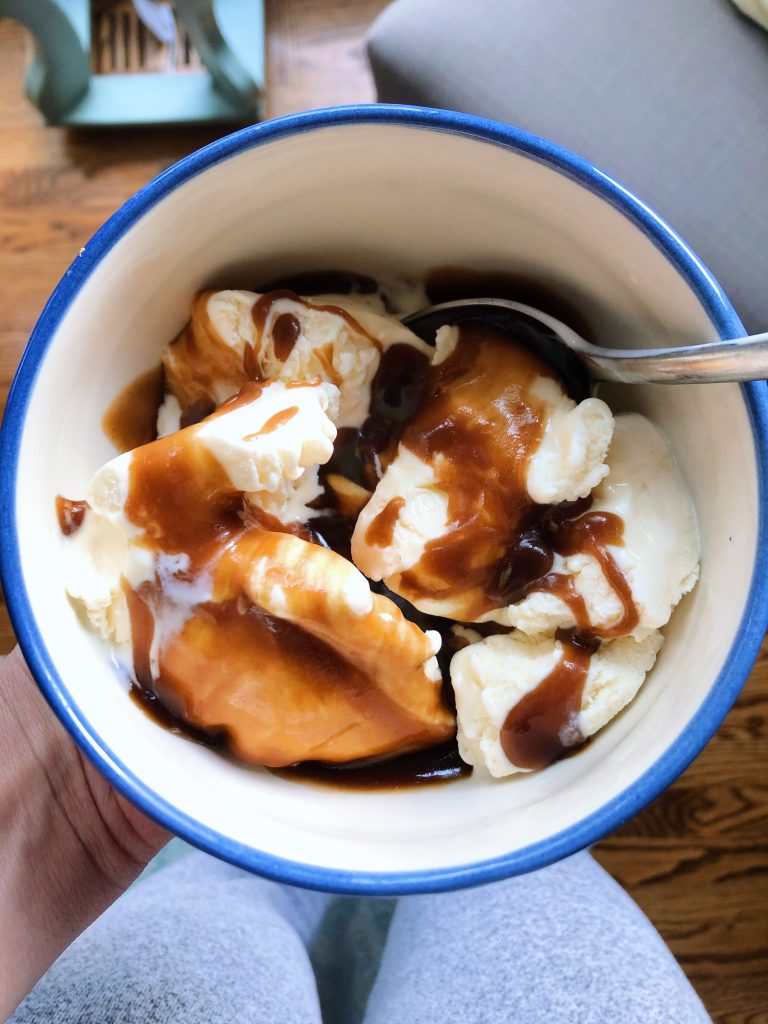 I’m not sure why I thought caramel sauce was hard to make but this could not have been any easier and we absolutely loved it! (We being me and Ryan. The boys opted for sprinkles of course.)

Our Saturday night rounded out with bed time for the boys followed by an episode of season 2 of Jack Ryan for me and Ryan. I also began reading The Antidote to Everything by Kimmery Martin and I’m enjoying it so far. Her debut novel, The Queen of Hearts, was one of the best books I read last year so I have high hopes for this one as well!

Sunday morning kicked off with more time outside! After French toast for breakfast, Ryan and Chase did a little weeding in the front yard and Ryder stayed close to me in the garage where I took myself through a short workout — my first Sunday workout in years! 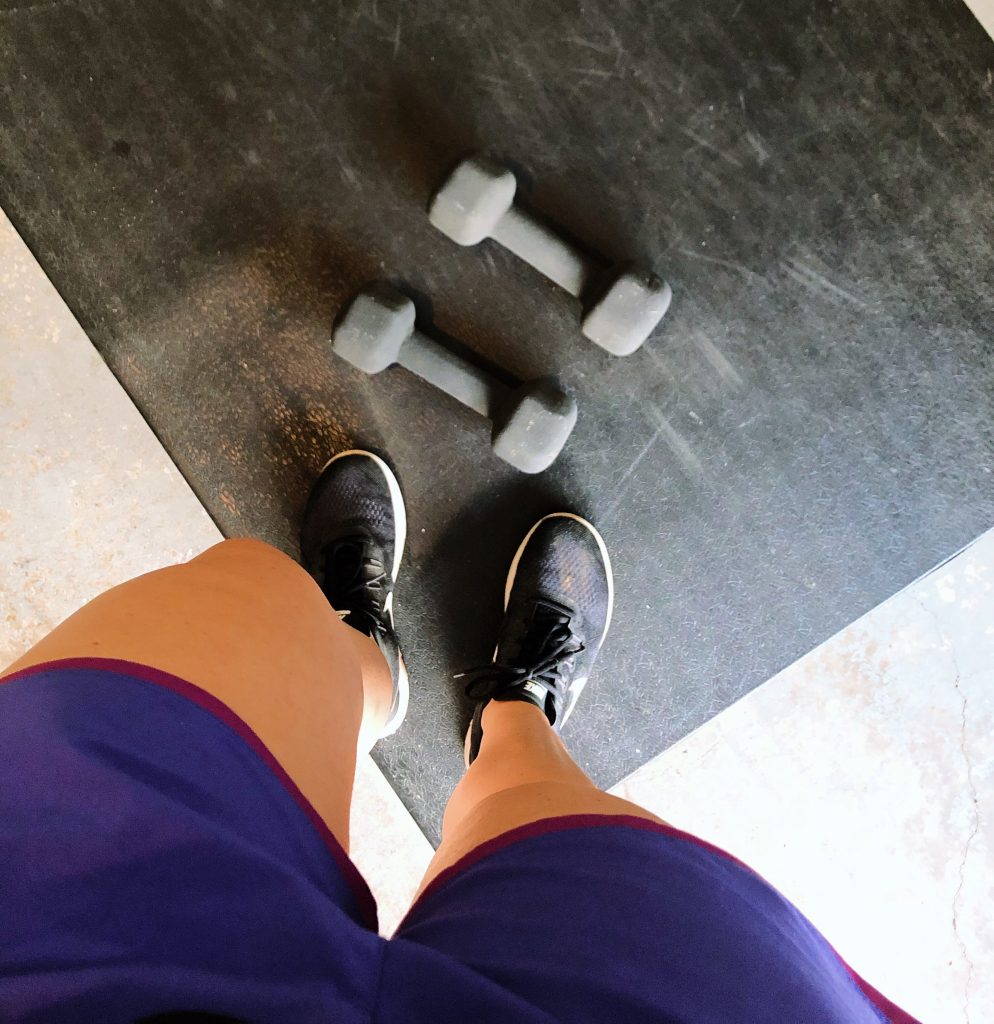 The boys then requested a “Jeep walk” and road in Chase’s Power Wheels while we took Sadie on a short walk through the neighborhood with one break to throw more rocks in the lake. (I’m telling you, this NEVER gets old to them.) 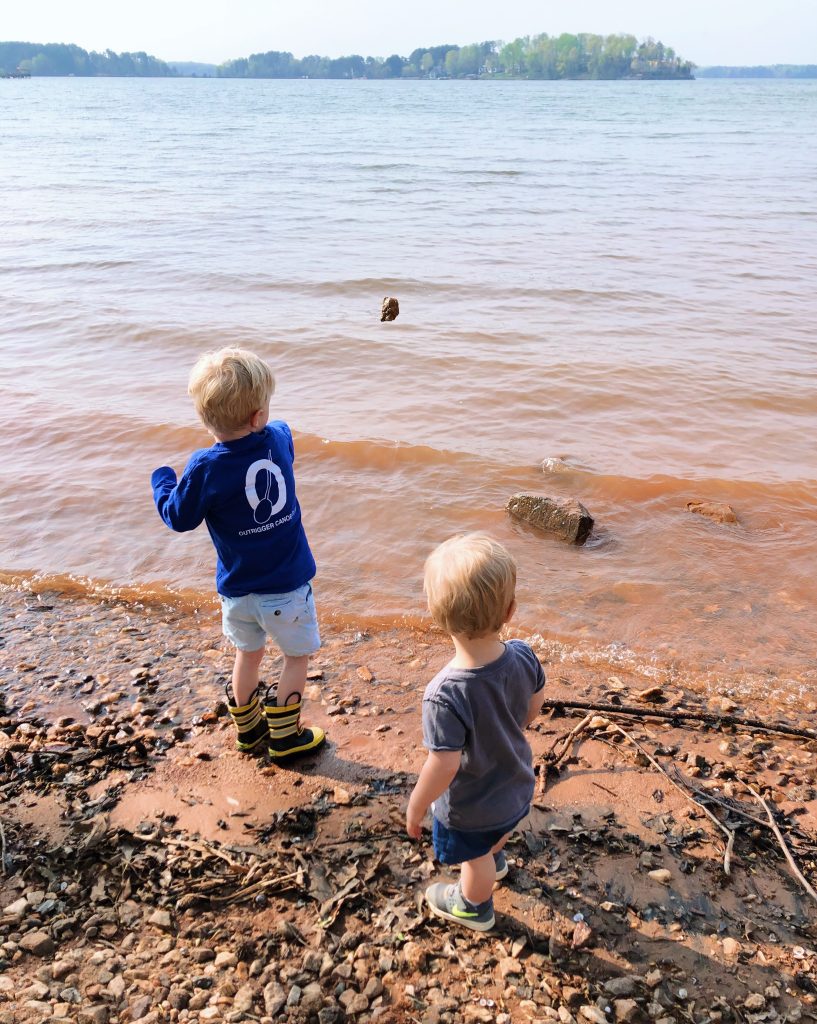 Once we made it home, we were all ready for an early lunch so we grilled outside before Ryder went down for his nap. Chase and Ryan then headed back outside for more yard work while I worked on my computer until Ryder was awake.

The rest of our Sunday passed by in a blur of playtime in our screened-in porch, some cleaning around the house, laundry, pasta for dinner, bath time and the usual bed time routine. As for the week ahead, it will look a lot like last week. I’m hoping to fill our days with lots of time outside, some kid-friendly activities and a little preschool work for Chase during Ryder’s nap time.

Sending all of you love going into this week!