Two things before we dive into a fun animal-related discussion:

1. With 38.1 percent of the votes, the winning book for the December Book Club is The Violets of March. Discussion will take place on January 4. Happy reading!

2. Lunch was simply leftovers from last night’s meatloaf dinner plus an apple. It was highly unattractive, so I’ll spare you the pictures and instead throw puppy pictures your way.

On my brisk walk with Sadie this morning, I stopped to chat with a nice man in our neighborhood.

He was all about Sadie, saying the following: 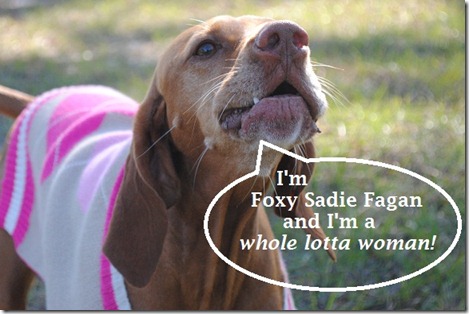 Now allow me to show you some gender clues…

Sadie was wearing a pink harness. 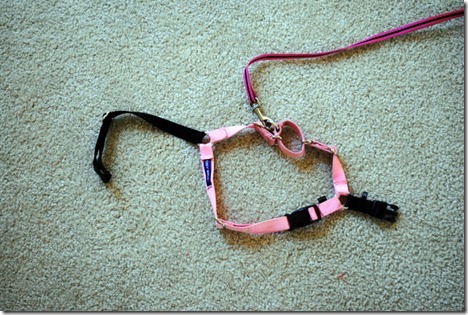 I was walking her with a pink leash… 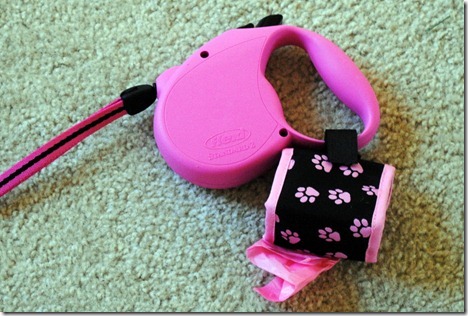 …with a pink poop bag purse attached to it.

She was wearing a pink heart argyle sweater to fend off the cold. (Vizslas don’t have an undercoat and get cold very easily.) 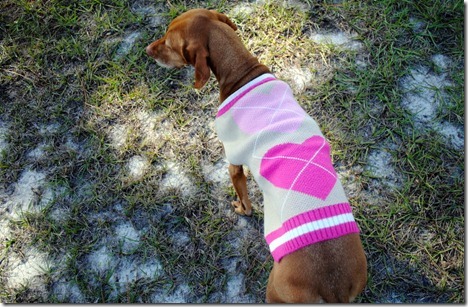 And yet she was automatically a he to this man. 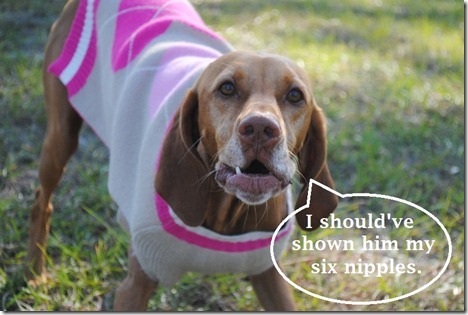 People often assume Sadie is a boy, which really doesn’t bother me at all. Honestly, I get it.

(Anyone remember the ladybug from A Bug’s Life that was a male? Hilarious.) 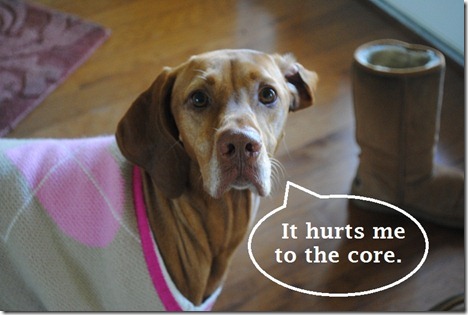 Sadie is a vizsla which, in my opinion, is a rather masculine-looking breed. Vizslas are lean, muscular hunting dogs and people often think Sadie is some kind of a hound or a Rhodesian Ridgeback.

I’ve talked to some of my friends who have dogs that are commonly incorrectly referred as a “he” or a “she” by strangers and we have three theories about the assumption of animal genders:

I also know this gender assumption happens to parents who have had their baby incorrectly referred to as a “he” or a “she.” It always makes me so curious about what causes people to assume a baby or an animal is a certain gender without knowing for certain.