Navigation
Since making my very first risotto last week (and loving it!), I’ve wanted to give risotto a go again!

I figured I would loosely follow last week’s recipe, but sub out some of the ingredients and include different veggies in the mix.

Tonight I bring you cauliflower and eggplant barley risotto!

Barley works so well in risotto and really adds texture and nuttiness to the dish.

This dish came together pretty quickly. By the time I packed my lunch for tomorrow and unloaded the dishwasher, dinner was ready. 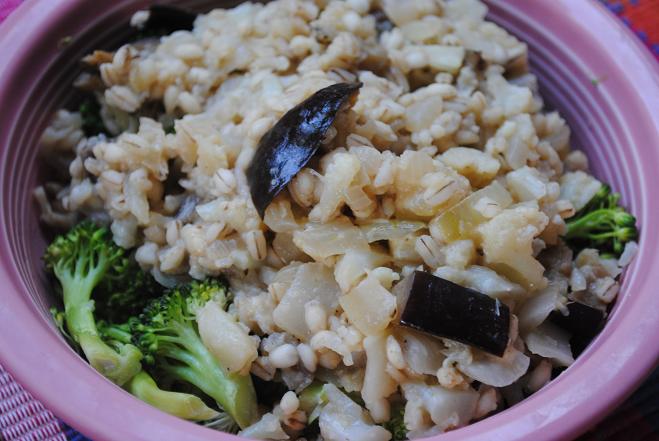 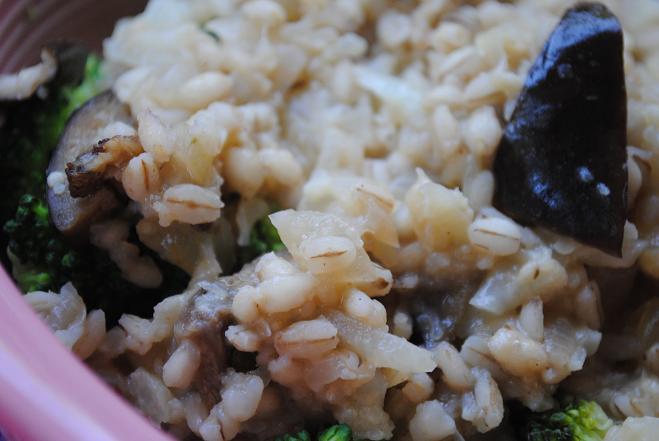 I served the risotto on a bed of steamed broccoli. 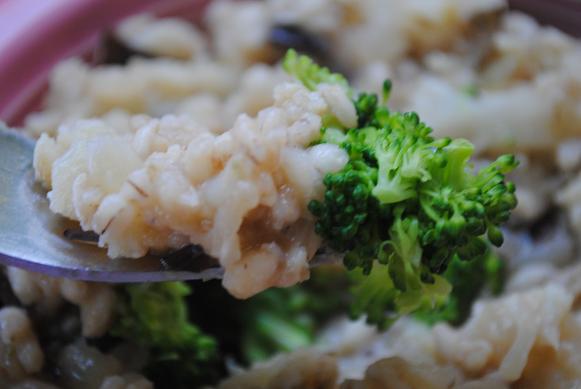 1. Bring broth to a simmer in a medium saucepan; keep warm.

Benefits of Running with Your Dog

Today Melinda posted this adorable post about the benefits of running with your dog.

Sadie and I may or may not have made a debut. 😀

Thought of the Day

I read a neat post by “Professor ToughLove” today and one of his main points really struck a cord with me, so I figured I would share it with you:

“Your opinions are valuable, and it’s important that you have them, about all kinds of stuff. But having an opinion means being responsible for understanding it: where that opinion came from, what influenced it, and how much of it is based on what you yourself have learned about the world vs. what parents and pundits are shouting at you.”