Navigation
Good morning! How are you guys today? I hope you all had a great weekend and were able to spend time with family and friends. Chase and I arrived back in North Carolina early Friday afternoon and could not have been more excited to see Ryan and Sadie! Apparently they had a wonderful time on their hiking trip while we were away and Sadie had no trouble keeping up with 15-mile hiking days. She’s a champ!

But before I sing her praises too much, Sadie had a pretty big dog fail while I was gone as well… 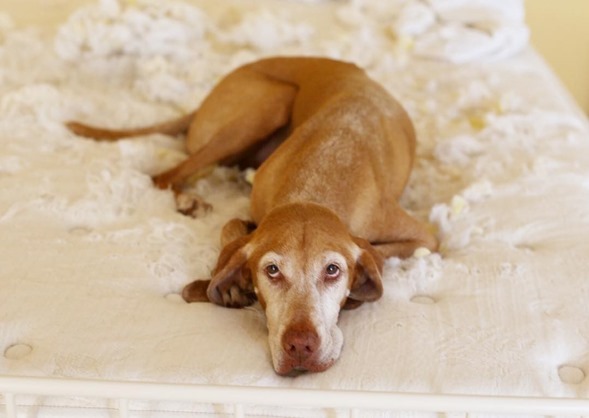 We’ve always joked that Sadie is part hamster because she loves to burrow under blankets. Well, burrow she did… right into our guest bedroom mattress. Yikes.

I’m not sure what happened but her guilty eyes tell me she knows exactly what she did. What a stinker. The thing about vizslas is that it feels almost impossible to yell at them because they seriously seem like the most emotionally fragile dogs on the planet. Sadie will cower if we ever raise our voices at her and feebly walk over to us and roll onto her back in the most pathetically adorable way. So it’s basically impossible to get mad at her for too long, but she was definitely trying us on Friday!

I am wondering if a thunderstorm might have sent her into a panic while Ryan was at work (I swear her fear of thunder is getting worse with age) but since we have no idea what the deal is, we’re chalking the mattress up to our first Sadie destruction-related loss in years. (When she was a puppy, we lost a coffee table to chewing, a couch to burrowing – albeit a borderline gross and very cheap Craigslist couch – and a pair of shoes or two.)

Chase also didn’t nap at all on Friday and after a day of travel and no minute to catch my breath, I pretty much wanted to pass out the minute we put him to bed and did just that after polishing off an embarrassing amount of Ben and Jerry’s cookie dough ice cream.

Saturday officially kicked off our Father’s Day weekend fun! Since Ryan planned such a fun Mother’s Day weekend trip to the North Carolina Zoo, I wanted to do something similar and plan a family-friendly adventure for the three of us. 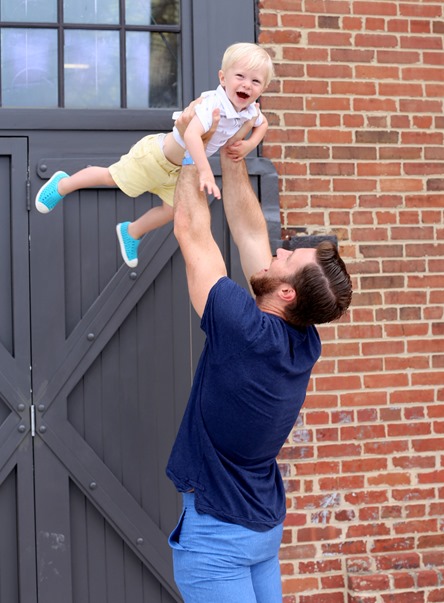 A while ago, I stumbled upon information about the North Carolina Transportation Museum online but when I saw it was about an hour away, I put it in the back of my mind and figured it was more of a “special occasion” activity. Well, Father’s Day warrants a special occasion in my eyes and when Ryan seemed excited about the idea, the three of us headed off to the museum after a banana bread protein pancake breakfast on Saturday morning. 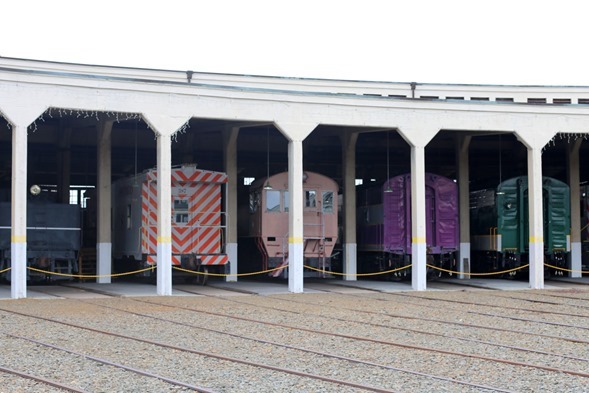 We arrived in Spencer, North Carolina a little after 9 a.m. and I’m pretty sure we were the first visitors of the day. 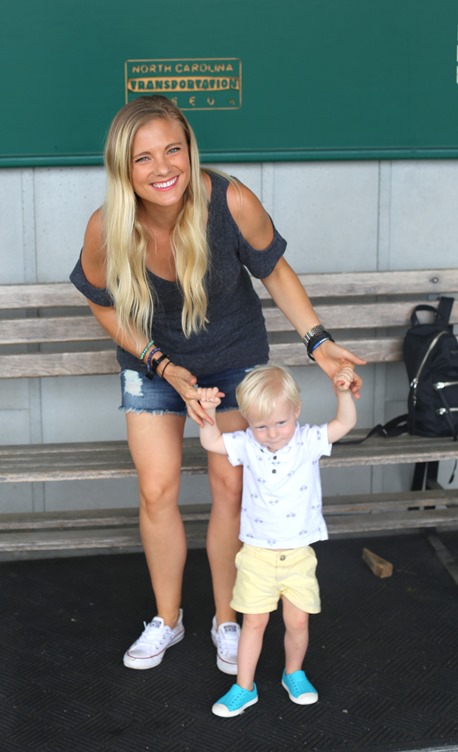 We quickly purchased our tickets as well as tickets for the train ride and made our way to the various exhibit buildings (the museum is located on a 60-acre site), including a building that was once Southern Railroad’s largest steam locomotive repair facility on the east coast. 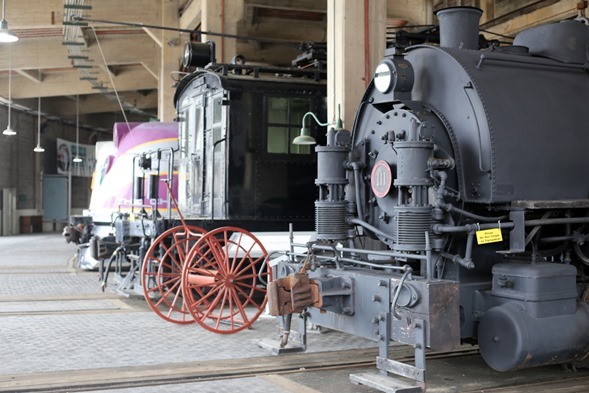 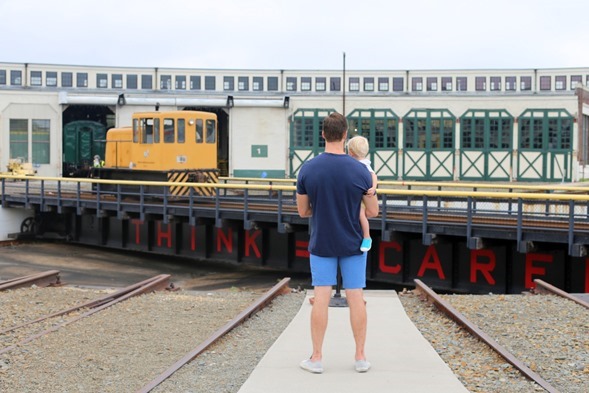 I’d be lying if I said I have a genuine interest in trains (or pretty much any mode of transportation) but one of the beauties of motherhood is just how much fun you can have at random places simply because your kids are having fun! 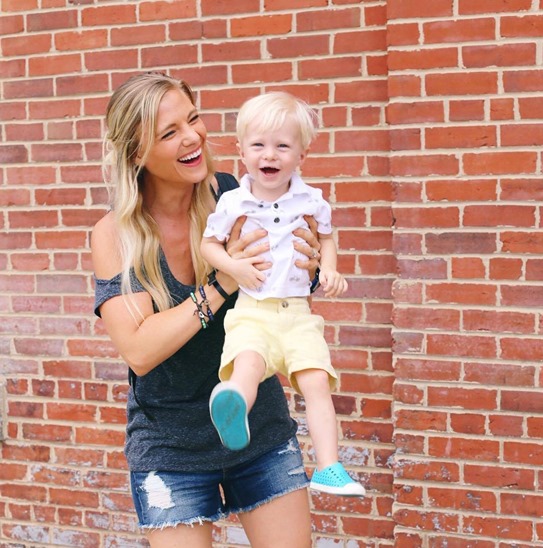 Chase was really interested in the trains and since the museum is so large, he could easily run around without bumping into anyone or disrupting anything. I loved watching him light up when he saw an old fashioned fire truck (“wee-oo-wee-oo”) and yell “tractah” when he saw a giant tractor. It was impossible not to laugh at his endless cries of “Choo choo!” and “Alllllll aboard!” 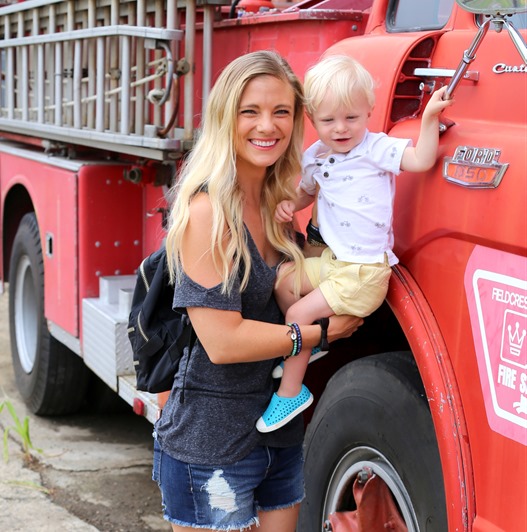 Before we left, we made sure to hop aboard the train for a 25-minute train ride around the property which was definitely a highlight for Chase! (Quick tip if you are local and happen to go in the summer: Most of the facilities did not seem to be air conditioned with the exception of one air-conditioned rail car, so dress accordingly!)

We left around 11:30 a.m. and made our way home after a quick pit-stop at ALDI for groceries. Once we arrived home, we ate lunch and Chase went down for a much-needed nap. While he slept, Ryan took Sadie on a walk and I got some work done on the computer while I sipped on a green smoothie. 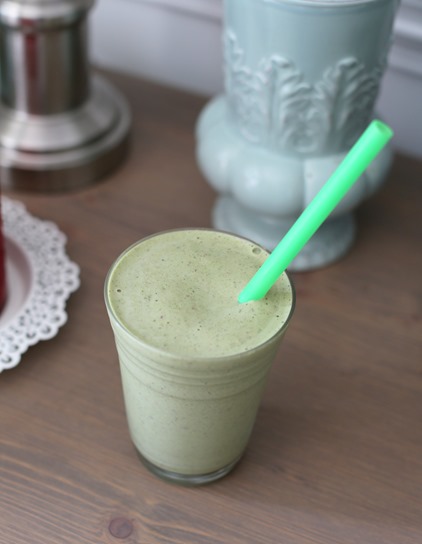 Once Ryan and Sadie returned, I worked for a little longer and then ran a quick errand to pick up a few yummy surprises for dinner and dessert as part of my Father’s Day plan!

By the time I made it home, Chase was back up and ready for action, so we headed off to Birkdale Village because I had a return to make and we figured Chase would enjoy playing with the trains at Barnes & Noble before church. Our plans for the evening took us to church for the Saturday night service. Ryan and I enjoyed the message while Chase had a great time in childcare. He didn’t seem to want to leave when we went to pick him up thanks to an amazing ball pit that called to him!

Dinner was on the agenda after we arrived back home and I placed the lasagna and meatballs I picked up from Ferrucci’s Italian Market into the oven. Ryan was pretty excited when he realized what was on the menu for dinner since Ferrucci’s is one of his favorite local hot spots!

While the lasagna and meatballs were heating up, we fed Chase dinner and put him to bed. Once he was snoozing, we dug into our dinner and spent the rest of the night watching two episodes of The Big Bang Theory before we ate cupcakes I picked up earlier from a local bakery. 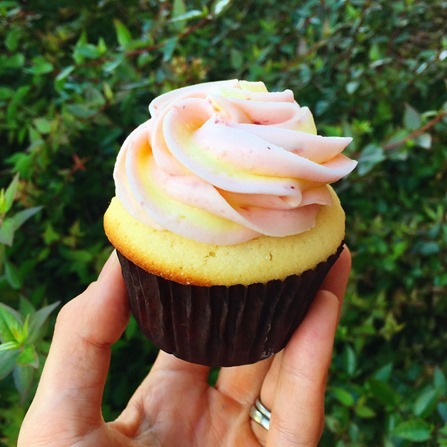 We crawled into bed nice and early and I began reading A Hundred Summers, one of the books on my summer reading list, and so far I’m really enjoying it!

Sunday kicked off on a great note! After more than a week of Chase waking up at 6 a.m., he slept past 7 a.m. which gave me a chance to ease into the morning a bit with a hot cup of coffee before mom mode kicked in! Ryan headed off to the gym at 6:30 a.m. and I spent some time on this blog post before Chase was up and we made Happy Father’s Day signs together. 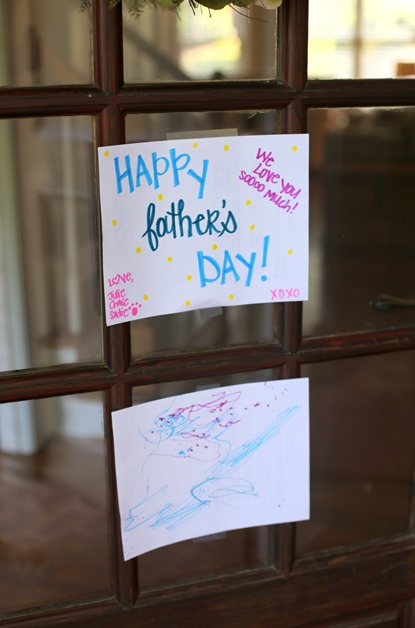 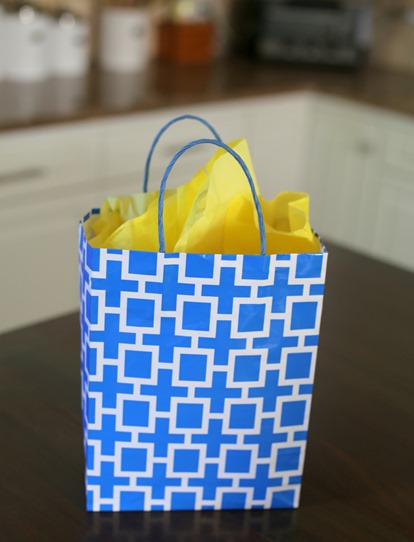 After Ryan arrived back home, we flip flopped workouts and I headed off to Orangetheory. I took Friday and Saturday off from any exercise and felt like I had a ton of energy for Sunday’s class. It was an endurance day which isn’t usually my favorite but I ended up really enjoying the format of Sunday’s workout. It kicked my butt and I was ridiculously sweaty by the end which always seems to be the case after an OTF workout.

I immediately changed into my bathing suit when I arrived back home and Ryan, Chase, Sadie and I wasted no time heading out to the boat to spend the rest of our morning on the water. 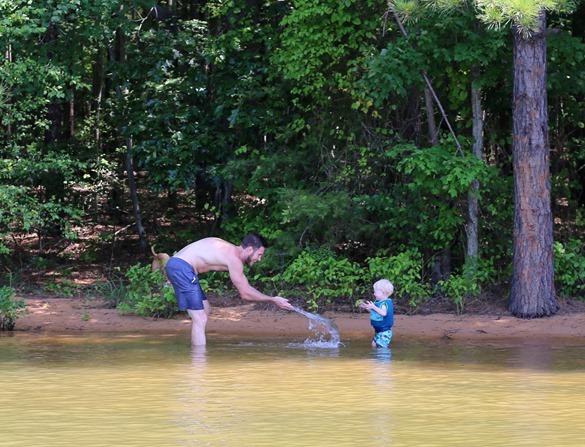 We threw down our anchor at a nearby beach and had a great time swimming, splashing and playing endless rounds of fetch with our favorite water dog. 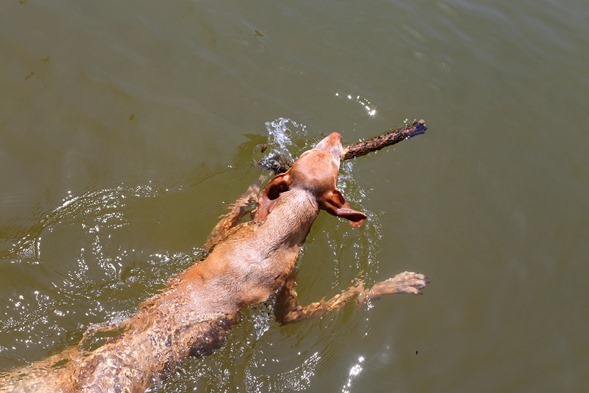 By the time we dried off and made our way back home, Chase was ready for his nap. While he slept, I had two recipe projects to tackle and got to work in the kitchen. 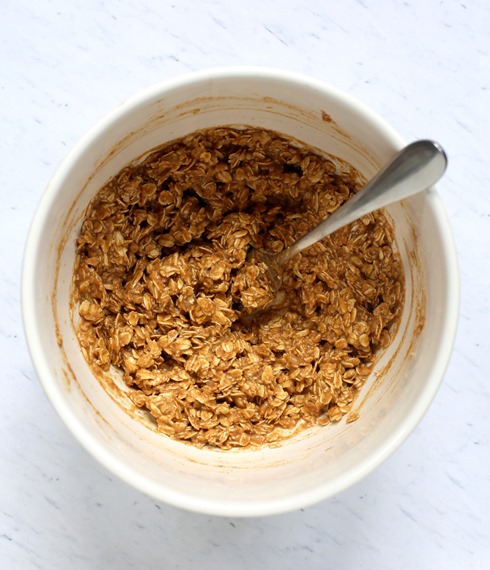 As always, Chase’s naptime flew by and before I knew the whole gang was in the backyard playing with Chase’s water table.

The rest of our Sunday was pretty low key. We hung around the house, ordered pizza for dinner and made our way to bed nice and early. I hope all the dads out there enjoyed Father’s Day and felt extra loved all weekend!

Hope you guys have a great Monday!