Navigation
Hey, hey! How are you guys doing? When this blog post goes up I’ll be in New York City (more on that to come!) but before I share all of my travel adventures with you guys later this week, I wanted to briefly recap some of our weekend fun. Our weekend centered around friends and babies, so it was a good one all around! 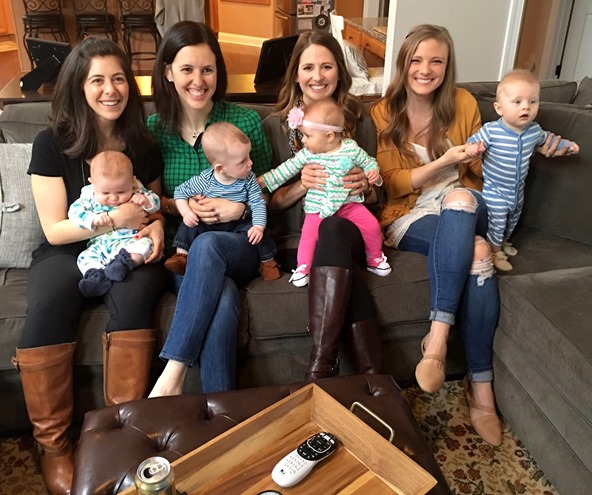 I feel like my weekend began on Friday this week since I worked through the morning while Chase napped but called it quits around noon and took the rest of the day off from any sort of work-related stuff and enjoyed an afternoon with some of my girlfriends and our little ones! 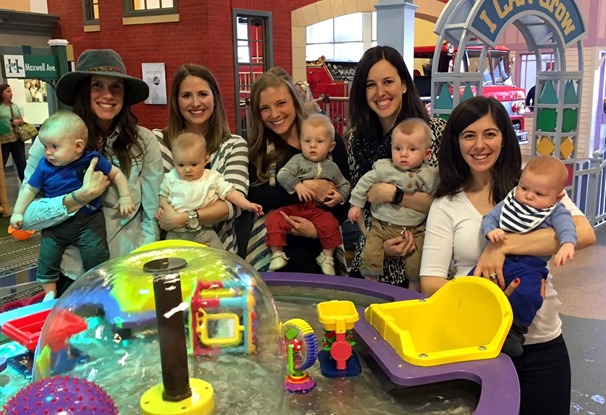 We met up at Discovery Place Kids in Huntersville and it was AWESOME. I have been to Discovery Place in Charlotte twice before but the Discovery Place Kids location is less expensive (only $10) and basically a child’s paradise. I’m pretty sure I never would’ve wanted to leave that place when I was a kid. There are so many different areas that are perfect for imagination games, including a fake animal clinic, a pretend grocery store, a construction zone, an “under the sea” exploration area and more. 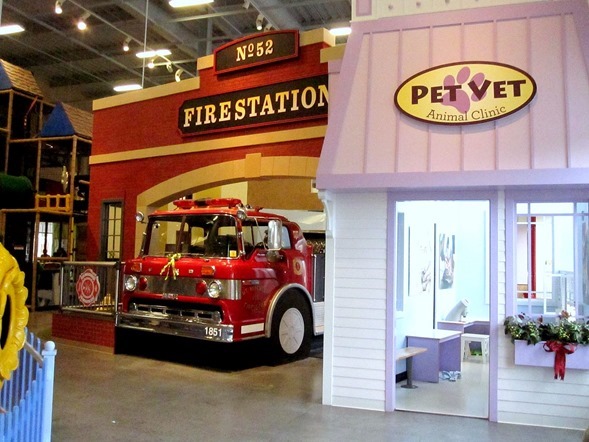 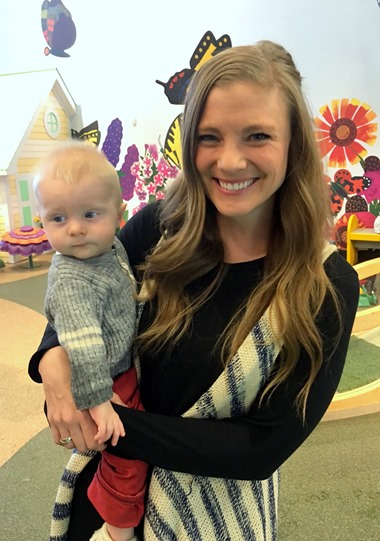 Since our group was full of babies who aren’t exactly mobile, we spent most of our time at the water table. There were plastic bucket seats along the perimeter of the table that worked perfectly for our little ones! 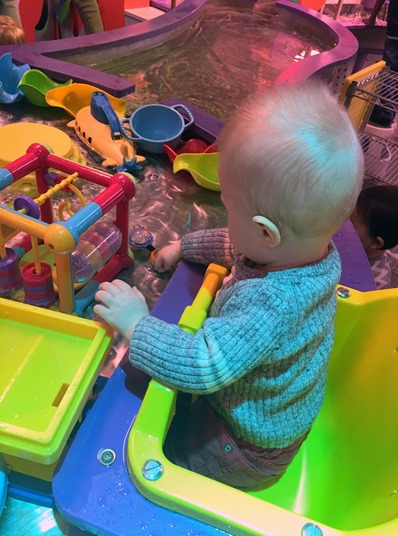 After 20 minutes of water table fun, Chase was a little more interested in Lilly than the water toys. 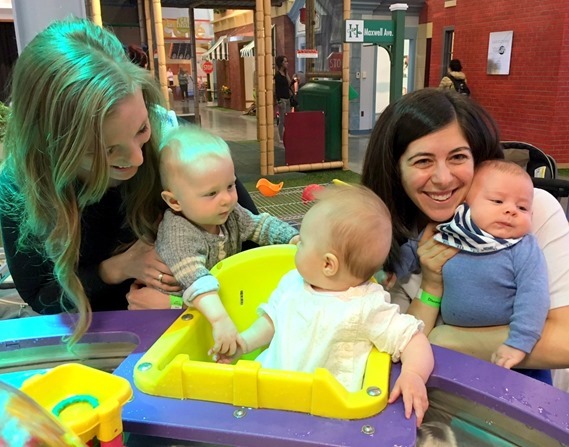 The two little lovebirds decided to go for a joyride in Chase’s snazzy convertible before we left. 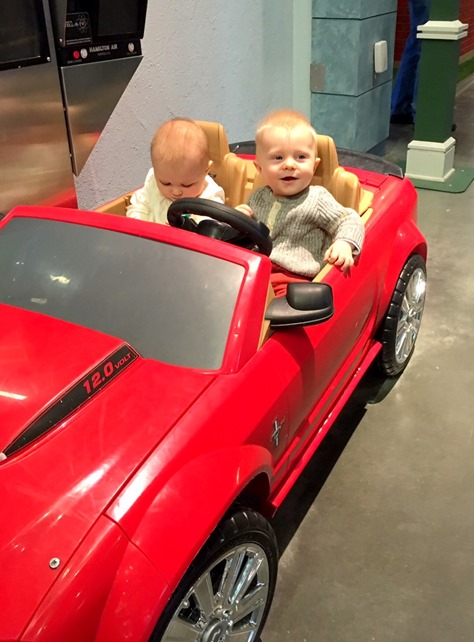 Chase looks awfully proud to have such a pretty date next to him, even if she was more interested in finding a good station on the radio than she was in him.

We had a great time at DPK and Chase crashed hard on our way home. Play date success!

Ryan and I spent the rest of our Friday night walking around the neighborhood with Sadie and Chase before Chase went to bed and I did a little baking for a party we had on our agenda for Saturday.

Oh! And I joined Snapchat on Friday. I have no idea what I’m doing yet, but you can find me at juliepbfingers. 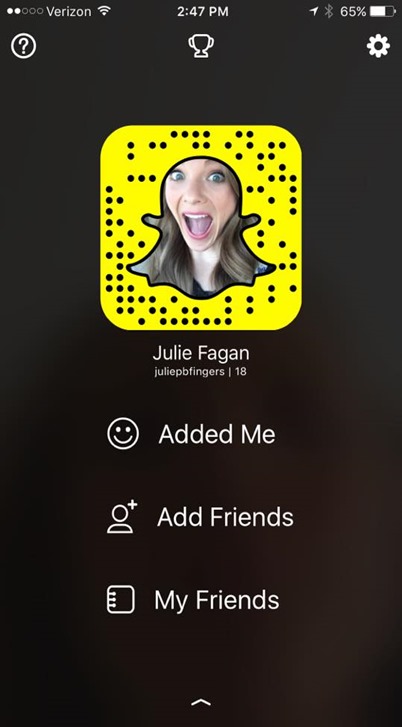 So far I’ve just been sharing an overload of photos and videos Chase, Sadie, smoothies and dry shampoo. Basically my life in a nutshell. I’ll try to take you guys along on our NYC travels via Snapchat but I make no promises that what I share will be particularly exciting or amazing. I’m still new at this but I’d love to connect with you there if you’re a Snapchat fan!

Saturday morning began with protein pancakes, coffee and a workout! My friend Carrie and I met up for a 9 a.m. Burn Boot Camp class and the workout was a tough one, as always. It focused on push and pull exercises and we did a lot of chest presses, push ups, assisted pull ups, low rows and more. The workout ended with four minutes of burpees (split up into two two-minute bursts) and I arrived home ready for a shower and a snack!

Chase was in the middle of his morning nap, so I spent some time categorizing recipe pages while I ate since I am on a mission to actually accomplish one of my 2016 goals and update my horrific recipe pages. (I have more than 400 posts to categorize, so that’s great…) 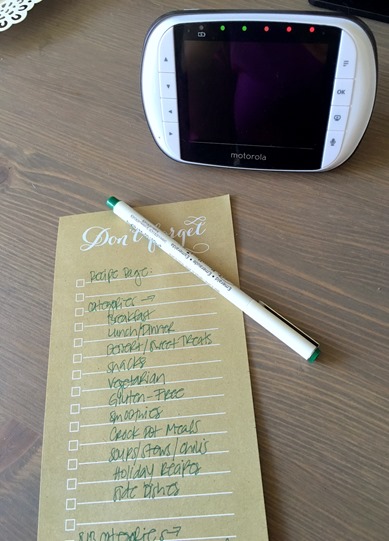 Brittany told me about a plug-in I can use to make thumbnails show up so everything will be a lot more visually appealing, so I’m trying to tackle this one on my own. Since I am far from tech-savvy, please wish me luck!

Once Chase was up, we headed out on a family walk that included some fetch time with Sadie at a local park. By the time we made it home, we were ready for lunch and Chase went down for nap number two of the day. 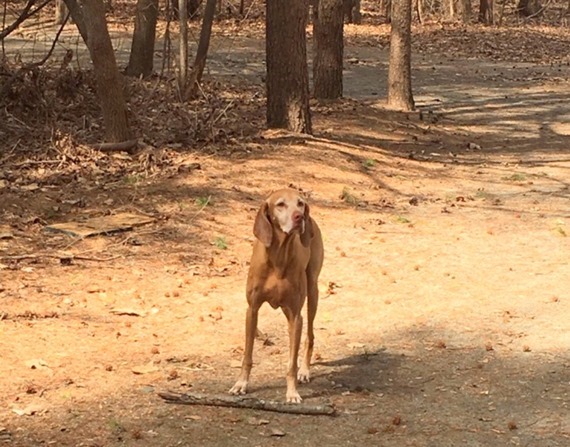 Since my flight to NYC was scheduled to leave in the early afternoon on Sunday, I wanted to get some packing out of the way and spent some time organizing my belongings for our travels, figuring I could tackle Chase’s stuff later. I wonder if I will ever learn to love packing? For some reason it’s always one of those tasks I dread.

A little before 4 p.m., Chase was up again and we were ready to head out to my friend Alexis’ house. Our group of girlfriends have been hanging out for a while with our babies and even though a few of our husbands have met here and there, we wanted to try to get everyone together with the babies and had this date on the books for a while. Though two families unfortunately could not make it at the last minute, we had the rest of the gang show up and had a blast eating, drinking and chatting away!

Of course we had to get a picture of all the little ones together! We lined them up in age order and hoped for the best… 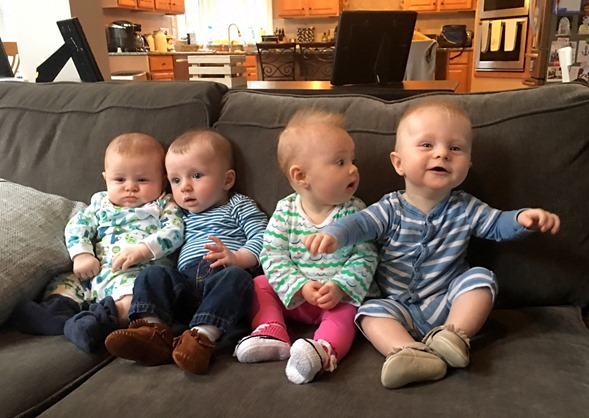 Sitting four babies with minimal self control close to each other proved to be quite hilarious. (I love the way Lilly is looking at Chase like he’s a total maniac. Ha!) 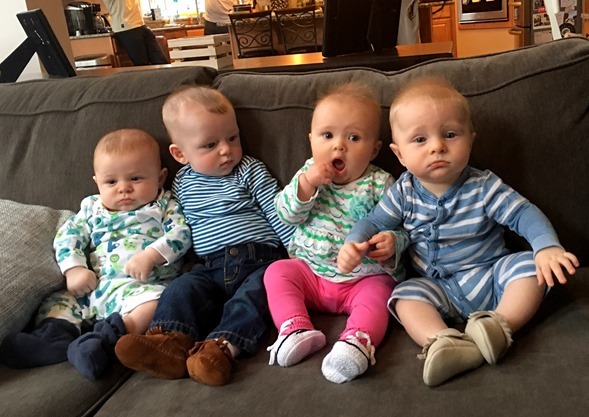 (Side note: Right after I dressed Chase in that outfit, I realized it was probably time to retire it but Ryan and I were in a rush to get out the door. His pants were clearly way too short but we all laughed that we were dressing him in baby capris. Sorry buddy!)

The mamas stepped in to make the picture-taking go a littler smoother, though there was no chance we were going to get everyone looking at the camera at the same time. 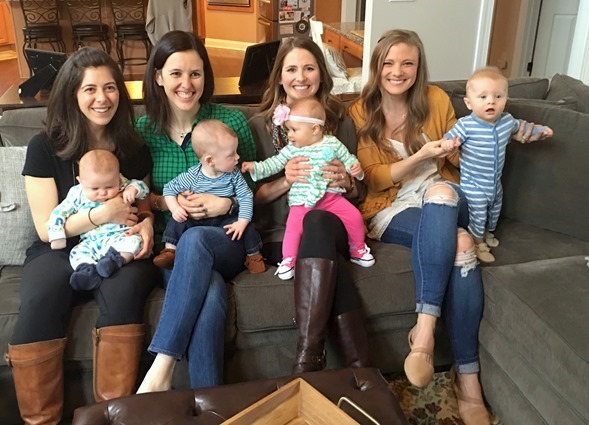 All of our babies ended up getting a little fussy around the same time (oh the joys of the witching hour), so Ryan and I ended up home in time to put Chase to bed before making a quick teriyaki salmon dish for dinner. So good! And it felt nice to get some healthy food in my belly after eating my fair share of way-too-tasty chocolate chip funfetti cookies and chips with guacamole and buffalo chicken dip at Alexis’ house.

Now I’m sitting here on Sunday morning typing up this recap before the craziness that comes with a day of travel sets in. I hope you guys had good weekend and are enjoying your Monday so far!