Friendsgiving 2012 was the perfect kickoff to the holiday season! 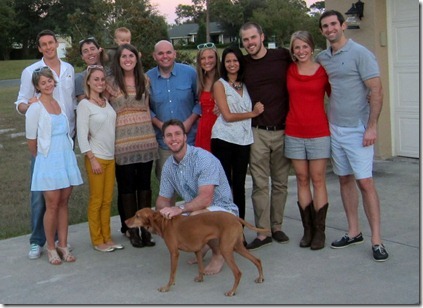 After the Central Florida Hero Rush obstacle course race on Saturday morning, Ryan and I made it home around noon, quickly showered and got to work in the kitchen. 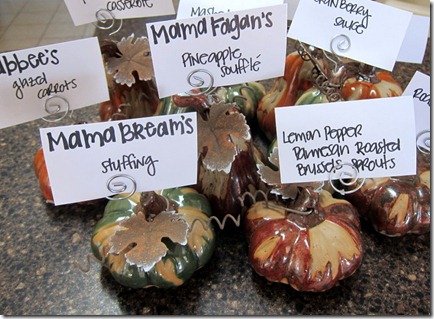 Ryan was on turkey duty and said he was just going to “wing it.” (<—You know I love puns.) I wasn’t so sure about his nonchalant attitude toward the shining star of our Friendsgiving meal, but my focus was on the sides, so I let him do his thing and didn’t worry about it.

Ryan ended up rubbing the outside of the turkey with salt and stuffing it with an onion, a stick of butter, several sliced carrots and a celery stalk. He then placed the 20-pound turkey breast-side down in a roasting pan, covered it and let it cook at 350 degrees for right around six hours. 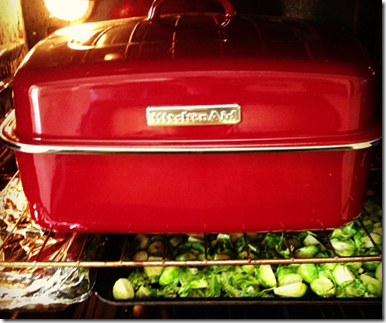 I’m telling you about his technique because it turned out fantastic. The turkey looked pretty horrendous when it came out of the oven (it split apart and I immediately thought of the turkey in Christmas Vacation) but it was so moist and flavorful. His turkey got rave reviews!

Ryan is officially on turkey-duty for every Thanksgiving dinner we prepare in the future.

Our friends started to arrive at our house around 2 p.m. 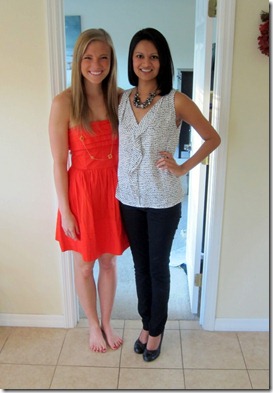 It was so great to see my friend Minda and her boyfriend, Clark. Minda and I were suitemates in college and I haven’t seen her since a fun BBQ in May since she lives two hours away.

Dru, Carrie and their smiley baby Noah drove in town from Orlando and we celebrated Noah’s very first Thanksgiving dinner together! He is such an expressive little boy! 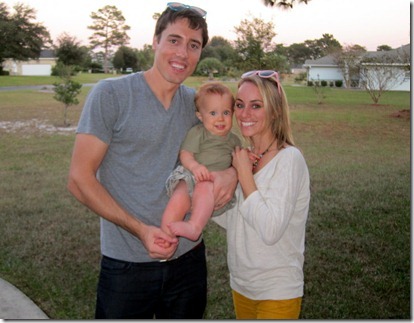 My sister and her boyfriend, Ross, were the first to arrive at our house and prepared a fantastic Mediterranean hummus appetizer dip for everyone to snack on before dinner. 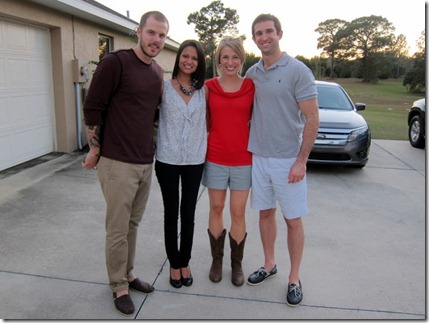 We also popped open a bottle of blueberry wine to sip on as we cooked that I really enjoyed. 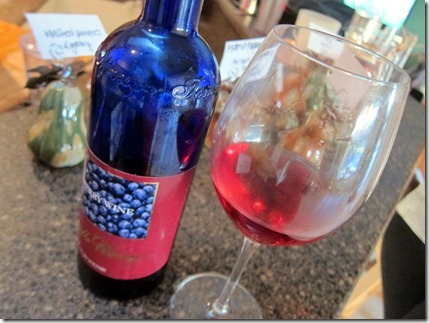 When Ben and Ashleigh arrived, they came bearing gifts! Ben recently launched a new sunglasses company called Faded Days and brought fun sunglasses for everyone as a Thanksgiving gift. 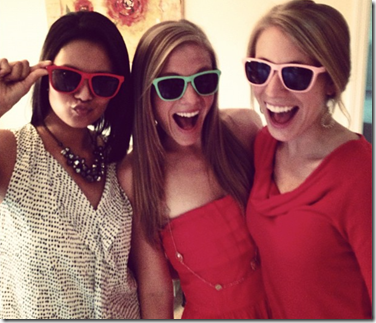 Clearly the girls had fun picking out funky colored glasses. 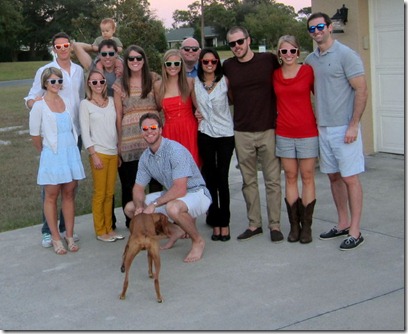 (Sadie still needs to learn that mooning the camera is unacceptable. I apologize.)

Our friends Will and Alex also drove in town and brought their dog Goldie and we loved seeing them! We actually had four dogs at Friendsgiving and they all had a blast. It was fun to watch them together and I’m pretty sure Noah was in heaven. I’m not sure what he loved more: Dogs or standing. It was adorable to watch Noah’s huge smile as he held onto the coffee table and just stood there watching the dogs. Apparently standing is a new thing for him and he’s awfully excited about it!

Dinner came together right around 6 p.m. and we had quite the feast. 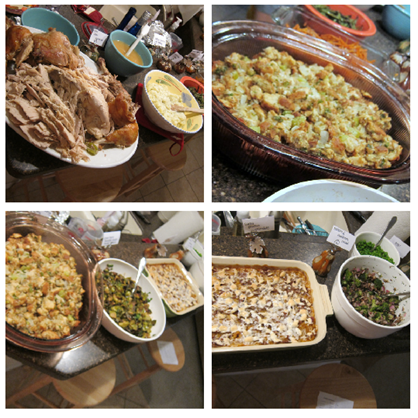 I filled my plate with a bit of everything and went back for seconds of stuffing, sweet potato casserole and pineapple soufflé. 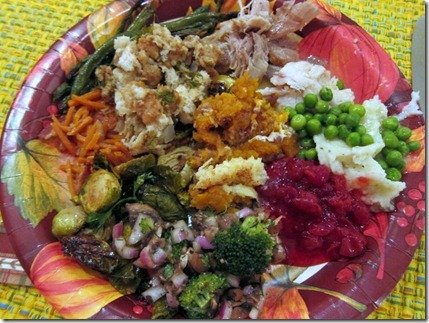 And we cannot forget about dessert! 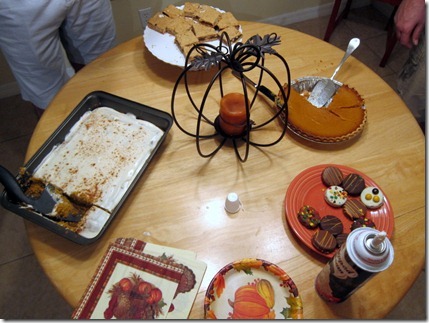 Pumpkin pie, Carrie’s pumpkin blondies, Leslie’s s’mores bars and chocolate-covered Oreos rounded out the spread. I had a bit of everything and went to bed full and happy.

Friendsgiving 2012 was a success!