This weekend was a good one. I mean it. It was a challenging one because we were faced with the due date of the first baby we lost on Saturday, but, to be honest, I think last week was harder. I struggled last week because all along I assumed I’d give birth to our second child early since Chase was two weeks early and I basically took our due date as a “due by” date. Now that August 12 has come and gone, it’s almost, in some sick way, a relief because it was something weighing so heavily on me. To avoid sugarcoating anything, yes it 100 percent totally and completely sucks that I don’t have that baby in my arms right now. But I cannot change it or understand it and our two losses are challenging me in ways I’ve never been challenged before.

As it turns out, the “should bes” are still there – I “should be” nursing a newborn right now – and now, I realize, they may never fully go away even if they do become less and less of a conscious thought. For the record, the “should bes” totally suck, too.

But I don’t want to focus on the “should bes” this morning. I want to focus on our weekend, the one I told you was a good one. And, after the thoughts I shared on Thursday, that’s where I’m directing my energy right now.

Friday night was sticky and humid. Kids in our area are getting ready to go back to school and despite thick air and heat, it seemed like everyone was outside, our family included. 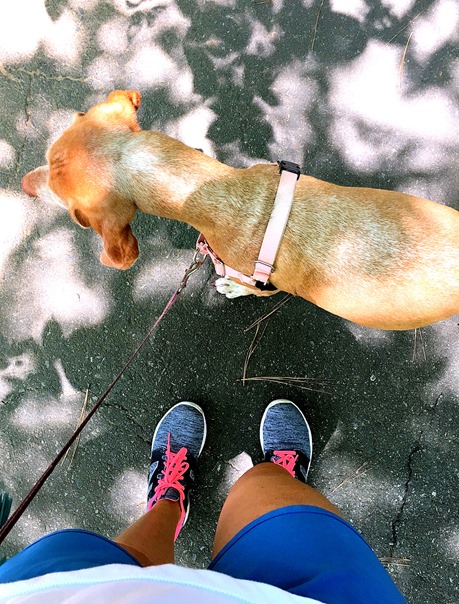 Ryan, Chase, Sadie and I played at the park, searched for Dory and Nemo among schools of fish in the lake and made our way home where we all ate cereal for dinner because that felt right.

We read a billion books with Chase (his current favorites are Pete the Cat and Dr. Seuss’s ABC Book) before kissing him goodnight.

Once Chase was asleep, Ryan had to pack for an upcoming trip and while he assembled his stuff, I headed into the kitchen to make no bake nut butter balls to bring to my friend Carrie who just had a baby and I made a double batch so we could have some on hand as well. 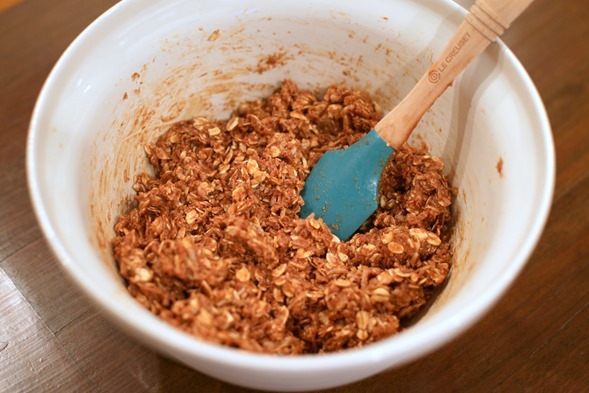 By the time I was done, Ryan was ready to join me on the couch and we spent a solid hour loving some much-needed uninterrupted conversation before we eventually made our way upstairs to bed.

Saturday morning began with coffee and some behind-the-scenes blog work while Ryan worked out at home. Once Chase was up, the three of us ate a big breakfast together before Ryan had to head off to the airport. He’s joining my dad and some friends on a spearfishing adventure in the Florida Keys for the next few days and left looking incredibly excited. I hope they’re all having a blast even if we are missing him a lot!

Once we said goodbye to Ryan, Chase and I drove to the gym. I was craving a good sweat and I could tell Chase was in an extra-playful mood and would benefit from running around with other kids. While he played in childcare, I took myself through a biceps, triceps and shoulder workout. 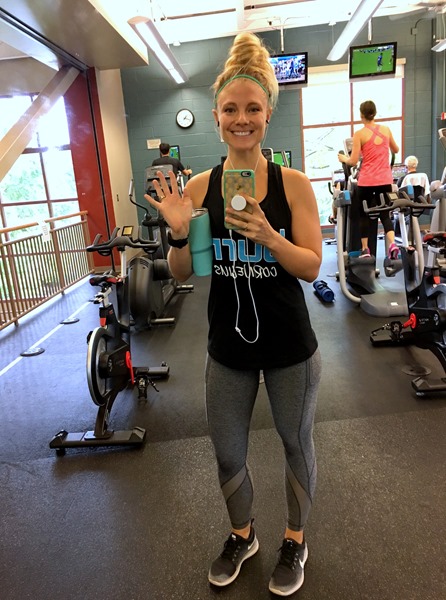 I formatted the workout in three quadruple sets and tried to maintain focus and keep my pace quick without sacrificing form. It was a good one!

I knew we had a solid hour or two before the Davidson Farmer’s Market closed after my workout, so I scooped Chase up and the two of us headed off to the market to pick up some produce and cheese and explore. 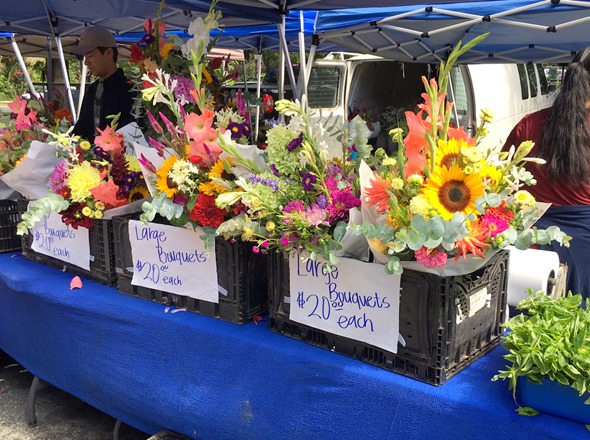 Chase is usually so independent, so when he stopped in his tracks as we approached the market, looked up at me, reached out and said, “Mama, hand,” I focused hard on the feeling of his sticky, sweaty little palm in mine. For what must’ve been the 5,000th time, I found myself thinking about how grateful I am to be his mama. (It’s amazing to me how two of the most healing things in my life right now – Chase and Sadie – have no idea what’s going on at all. God bless children and dogs.) 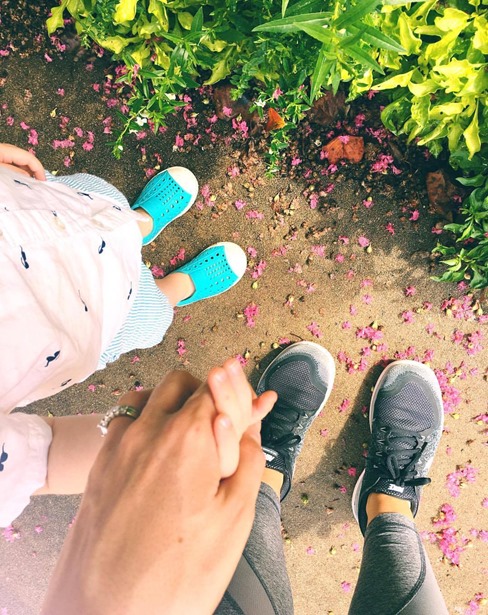 The two of us walked around the market and split a pint of fresh blackberries in the grass before heading home for Chase’s nap.

Since my dad is off in the Keys spearfishing with Ryan, my mom and I chatted about her coming in town to spend a couple of days with me, Chase and Sadie while our guys are away and I was so excited to welcome her back in town on Saturday afternoon! Chase has been asking for “Mae” non-stop since she left after his birthday at the end of July and it felt like such a treat to have her back again so soon! (My mom was initially “Grammy” but that was too hard for Chase to say so her grandmother name quickly morphed into “Mae” and I just love it!)

My mom arrived a little after lunchtime and encouraged me to meet up with my girlfriends to see my friend Carrie’s newborn son while Chase was sleeping, so Lauren, Laura and I arrived at Carrie’s at 2 p.m. to cuddle with Tommy and hear all about his arrival. Meeting Tommy was so wonderful and even though parts were hard for obvious reasons, I truly could not be happier for Carrie, Nick and Lilly and their newest addition. He is perfect and after such a challenging pregnancy for Carrie, I am so relieved he arrived healthy and that Carrie is doing so well.

We followed Carrie’s lead and stayed for about an hour and a half before saying goodbye and heading home. I arrived with 45 minutes to spare before my mom, Chase and I headed off to the Saturday evening service at church.

We spent the rest of our night at home, eating roasted chicken, mashed potatoes and gravy, corn and peas for dinner (ultimate comfort food!) before Chase was ready for bed. Not long after he went down, my friend Laura surprised me by stopping by with flowers to recognize our baby’s due date (she’s seriously the best) and after she left, my mom and I curled up on the couch and watched a super-cheesy movie on Netflix before calling it a night.

Sunday morning began with a short hike at a nearby park. 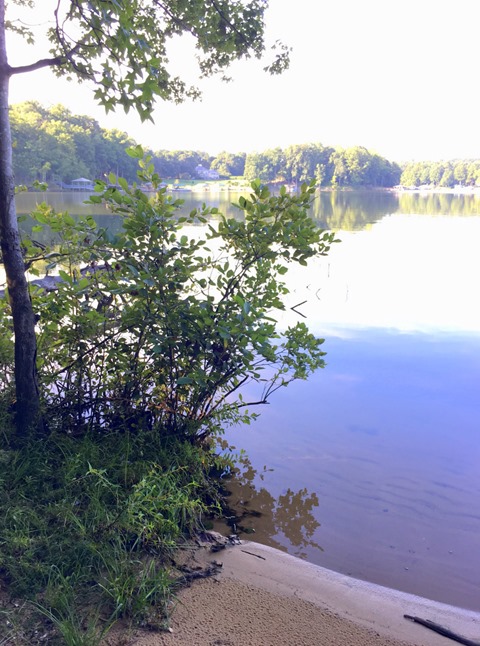 My mom, Chase and I arrived around 9 a.m. ready to hike the shady trails and Chase was all about it! 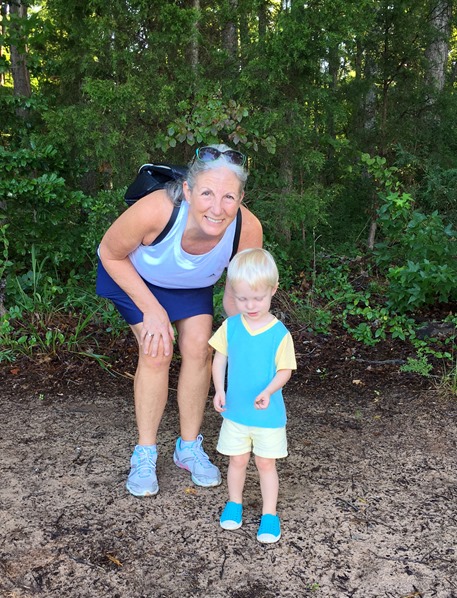 I hope he continues to love the outdoors as much as he does right now for the rest of his life. He’s definitely in his element when he’s outside!

We worked up an appetite while we were out and about and decided to swing by the new Duck Donuts location that just opened in Huntersville on our way home. 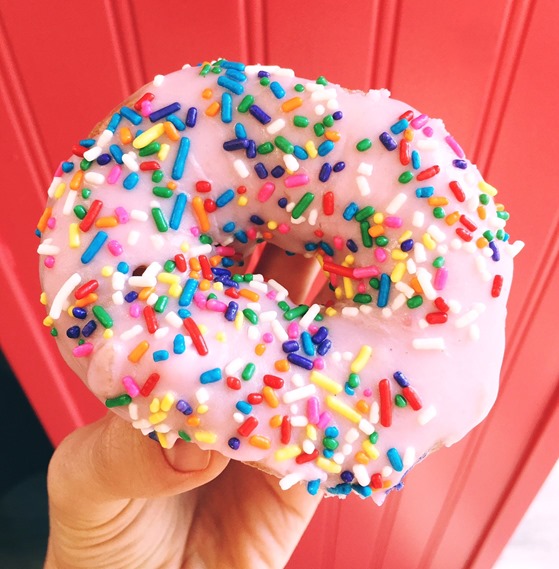 From past experiences we’ve learned to order Chase the same doughnuts the adults order or our doughnuts will immediately become Chase’s doughnuts so we each got a pink frosted doughnut with sprinkles and polished them off in no time at all.

Because sugar was apparently the theme of the day on Sunday, when we made it home, Chase requested “cook!” as a fun activity before naptime, so we whipped up a batch of homemade sugar cookies with the help of our little sous-chef.

It didn’t take Chase long to figure out that cookie dough is the jam. 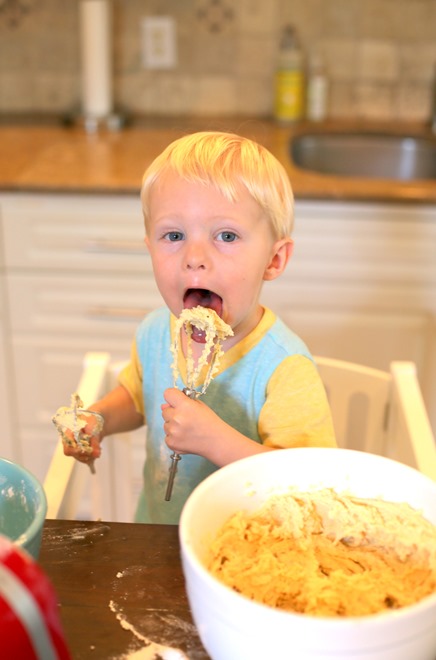 Also, I received quite a few questions about the little stand Chase is using to help me cook in our kitchen lately and it is the Guidecraft Kitchen Helper. It’s the BEST and we use it every single day. Chase loves being involved in cooking and baking and this kitchen helper allows him to stand at counter-level (it’s adjustable to two different heights) and can fold flat for storage. We secured little felt pads to the bottom of the legs so we can just pull it out and around our kitchen island without it scratching our floors and haven’t put it away once since we put it together because it quickly became a daily staple. I highly recommend it for those of you out there with toddlers who want to be involved in cooking, baking or just want to see what you’re up to at the kitchen counter. (There are also lots of options for similar kitchen helpers in various colors on Amazon.) 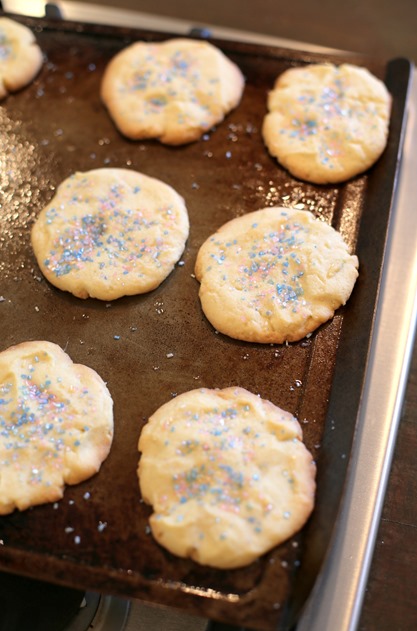 Surprisingly Chase napped well after our cookie dough extravaganza and I used his naptime time to begin working on this blog post.

Once Chase was up again, we spent the rest of our Sunday reading books and hanging out at home, exploring outside and walking Chase and Sadie to a local park before it was time for dinner and bed… and Big Brother!

The week ahead should be a decent one. Today will be filled with appointments (car repair + dentist + pediatrician) but hopefully the rest of the week will be little more fun. I’ll try my best to pop in again to bring you along for the ride.

Thanks so much for stopping by the blog today. I hope you all enjoy your week!

Before signing off this morning, I must address what happened in Charlottesville, Virginia this weekend. It is horrible and horrifying. I shared a link to an article about ways to stand up to the hate that took place in Charlottesville on my Instagram stories last night, but I want to conclude this post by once again directing you to the article that features ways you can support the fight against white supremacy and racism.

« Helpful Quotes, Good Friends and Simple Afternoons
Healthy Meals to Make For Others »