How many tries does it take to get a semi-quality picture of me in a tree pose? 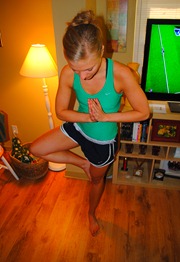 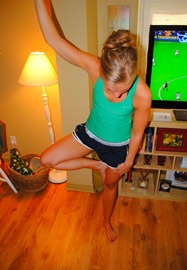 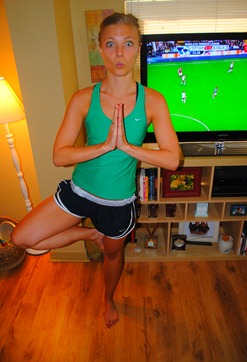 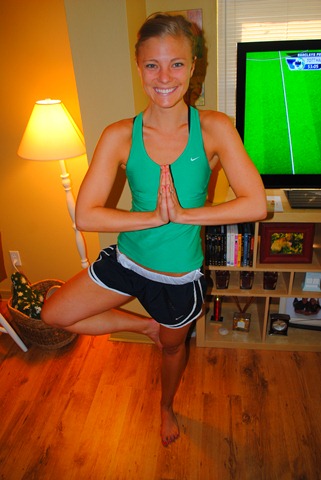 Hey, the camera adds a lot of pressure!

(Also, when Ryan is the camera man and makes you laugh every time, it takes a little longer.)

As we were leaving the class, I asked Ryan what he thought and he said he enjoyed it and liked the fact that it went by really fast and didn’t include a whole lot of meditation time.

Ryan took a yoga class back in college that included billions of sun salutations. Since he’s not looking to yoga to be his primary workout, I think he really liked that the class we took today was a basics class that was easier and simply focused on stretching out the body.

We met up at yoga after he was done with his upper body workout and I completed a five mile run with Sadie. 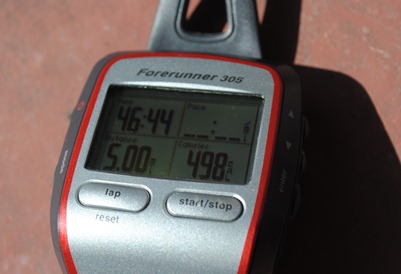 An easy-paced yoga class after a five mile run felt like heaven!

Since I hadn’t eaten anything since 8 a.m. when I had a peanut butter tortilla roll-up, by the time we were done with our yoga class around 10:45 a.m., my stomach was grumblin’.

At Whole Foods last night Ryan nabbed a pack of Applegate turkey bacon that we planned to cook up for breakfast. I love the company’s slogan: All of the meat. None of the mystery. Awesome. 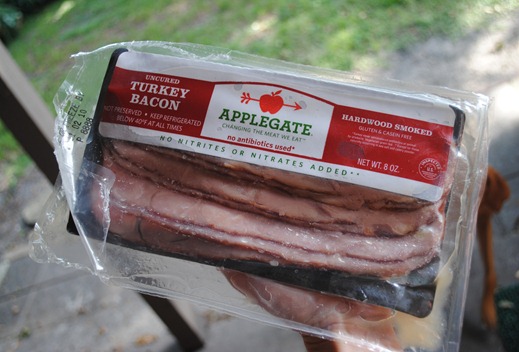 The smell of bacon may be one of the most intoxicatingly delicious smells in the world.

I cooked the bacon and a couple of fried eggs while Ryan moved the ginormous pile of wedding presents we’ve started to accumulate from the middle of our living room into our spare room.

Breakfast was ready quickly and we both cleaned our plates. 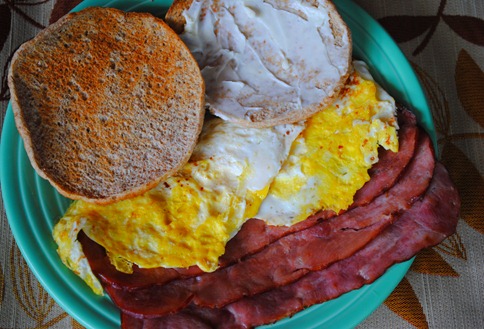 Along with the eggs and turkey bacon, I also had a toasted whole wheat sandwich thin spread with half of a wedge of Laughing Cow light original Swiss cheese (Ryan had the other half). 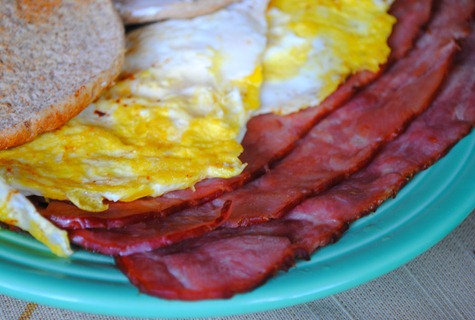 Between the two of us, we polished off the entire pack of bacon.

Well, Sadie helped a little. I mean she was going to bite our faces off if we didn’t share, after all. 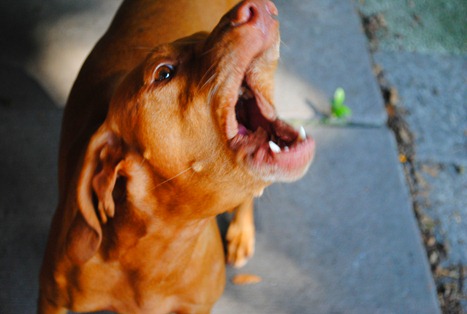 When it comes to food, she means business. 😉 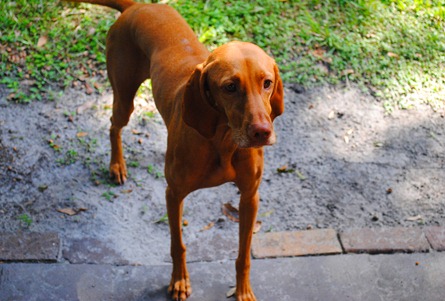 Now that we’re full from breakfast, let the day begin!

Something to Check Out

If you’re looking for somethin’ to read, feel free to check out the latest issue of Brink Magazine for a little feature about the blog (page 14)!

Side note to my friends and family: My phone is not working at the moment due to the water bottle spilling in my purse incident that happened yesterday. I’ve placed it in a bag of rice with my digital camera as suggested by several scrappy blog readers, so I’m hoping it’ll come back to life soon!