Navigation
Usually the people who are up running around the lake by our apartment before 7 a.m. look pretty hardcore. They’re decked out in spandex and an old race t-shirt, and check their Garmin every 2.2 seconds.

On my morning run with Sadie today, however, we saw something out of the ordinary: a hula hoop walker. 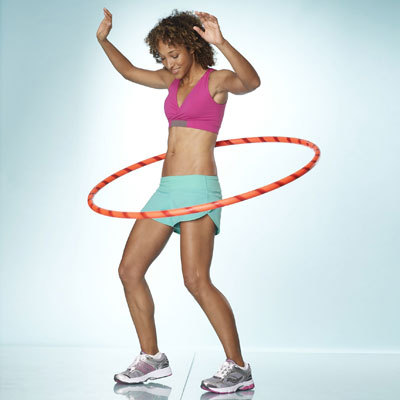 We saw a woman walking the mile loop around the lake while hula hooping. This lady had skills!

I thought Sadie would be spooked by the hoop, but she kept her cool and we ran right past the  woman. To Sadie, baby strollers = scary, hula hoopers = not so much. 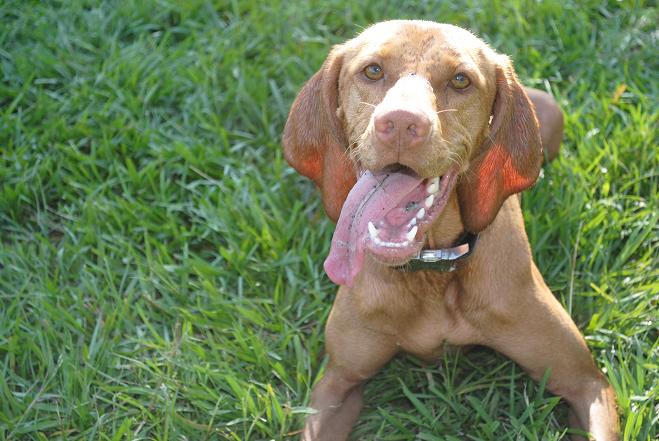 "You Got Nothin' Hula Hoops!"

The heat during our five-mile run was really intense. There’s one heck of a heatwave in Central Florida right now and it made our run a little more challenging than usual. I was sweating like crazy and felt fatigued much earlier in the run that I normally do. I’m downing water like a mad woman now. Gotta rehydrate!

This past weekend at Ryan’s mom’s house, I spotted Libby’s canned pumpkin in her pantry. I freaked out and asked her where she found it because our local grocery store hasn’t stocked pumpkin in months.

She said she’d had the pumpkin for a while and offered to let me take two cans back to Orlando. Sweet!!!

I was pretty excited to include the canned pumpkin in a yogurt barley breakfast bowl this morning.

I added freshly chopped apple and sweetener to the mix for a little extra crunch and sweetness.

Most of the apple went directly into my mouth and only several little chunks actually made it into the breakfast bowl.

Oh pumpkin, how I’ve missed you!

Can you hula hoop?