Navigation
Ryan and I love an active vacation and our trip to Jekyll Island has definitely kept us on the move! Today went all over Jekyll Island, hopping from activity to activity. Such a fun day!

We began our day by eating breakfast in our room to save a little moolah. We purchased some essentials like English muffins, cheese, jam and fresh fruit to get us through breakfast and lunch on a budget today. 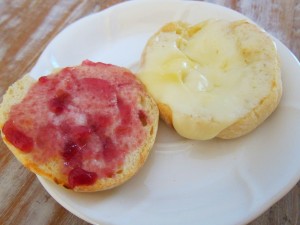 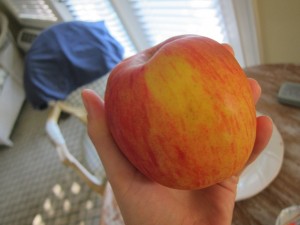 A little after 8:30 a.m., we drove over to Tidelands Nature Center to meet up with Amber, a guide who took a small group of us on a kayaking tour of the Jekyll River. 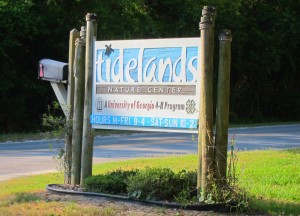 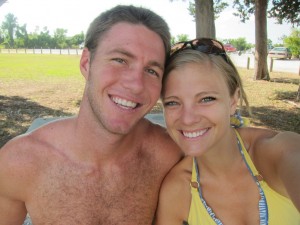 Ryan and I started the kayaking tour in separate kayaks. (Mine was called the “Falcon.” I was so hardcore.) 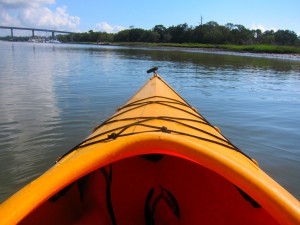 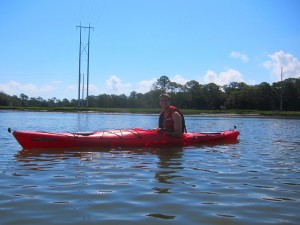 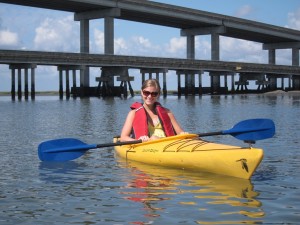 Then, two boys in our group who were in a tandem kayak experienced a bit of trouble and tipped their kayak, so Ryan and I ended up giving them our single kayaks and taking the double ourselves. I actually preferred the tandem kayak because Ryan and I were able to talk and hang out more than when we were kayaking separately. This meant I got to hear Ryan refer to the boy that was putting absolutely no effort into moving his kayak as “Sally.”

Amber led our group up a creek toward the end of the tour where we saw a ton of wildlife ranging from fiddler crabs and birds to a mink (I want one!) and two dolphins. 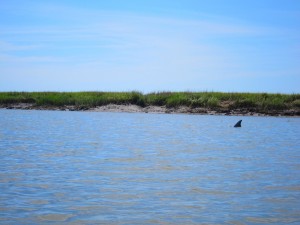 All together the tour lasted around three hours. Ryan and I both agreed that the tour was a great way to enjoy the water and the sun and see some native wildlife, while learning about the local ecology from Amber. Yesterday Ryan told me I am like a kid at summer camp because I asked the people at the Georgia Sea Turtle Center a million questions. I felt like I did the same thing with Amber again today. I can’t help it! I love learning about animals and nature and find all the random facts so interesting.

After saying goodbye to Amber, we headed back to our hotel room for half an hour to inhale lunch before heading out again. We kept things nice and cheap for lunch again and ate more English muffins with cheese and deli chicken meat, plus yogurt and a pear. 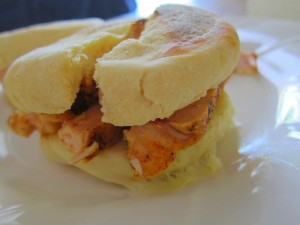 Biking Around the Island

When I began researching information about Jekyll Island before our vacation, the activity I read about over and over again was biking around the island. It seems like everyone who visits Jekyll Island rents bikes and peddles around the miles and miles of bike trails.

Ryan and I didn’t want to miss out on a “must do” activity and rented bikes for an hour to take around the island. 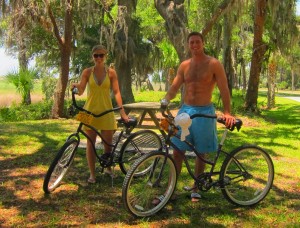 We had a little too much fun with the bells on the bikes. 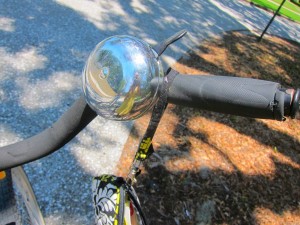 They’re oddly entertaining. Either that or we’re oddly immature.

We road our cruiser bikes through the historic part of the island, stopping to read some plaques. 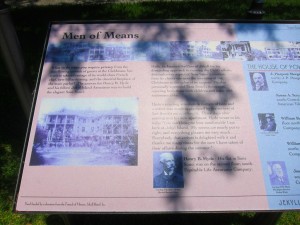 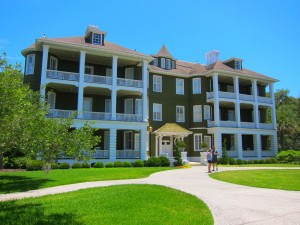 Once we finished our bike tour and decided to head directly to Summer Waves, a small waterpark on the island to spend some time in the lazy river and ride a slide or two. 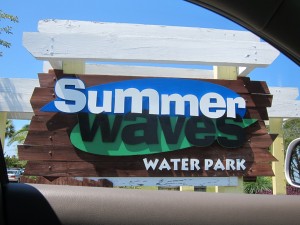 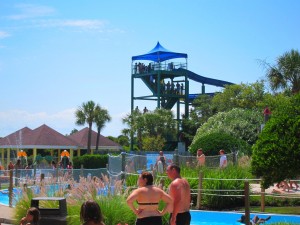 Ryan and I rode one slide that allowed the two of us to go down together on a double tube that was really fast and super fun! I screamed and we both laughed because the water pressure down the slide was intense and left me with a ginormous wedgie and almost turned Ryan into Ryanna. Definitely a fun one!

After the park, we stopped by a local store to pick up some snacks to tide us over until dinner this evening. We’re back at our hotel right now and I gotta get going because rumor has it a wedding is taking place on the beach at 5 p.m. and you know I want to see that! We saw some women carrying the bride’s dress to her room this morning and it was a beautiful, princess gown. I can’t wait to see it! No, I will not mind my own business.

Hope you guys are enjoying your weekend!