Our fourth day in Oahu was another jam-packed one. The press trip I was invited to attend officially began last night and since every day of our remaining time in Hawaii has a different activity pre-planned by the Oahu Visitor’s Bureau, Ryan and I wanted to make sure to cram as many of our personal “must do” activities into the four days we had to ourselves beforehand.

Visiting the Pearl Harbor Memorial was high on both of our lists so we drove out to the site early yesterday morning. We arrived right at 8 a.m. and were anticipating a long wait time after reading a lot of reviews online. We were shocked when received tickets to the 9 a.m. tour of the USS Arizona. We were told that had we arrived at 8 a.m. two weeks ago, our wait time would’ve likely been close to 3.5 hours. 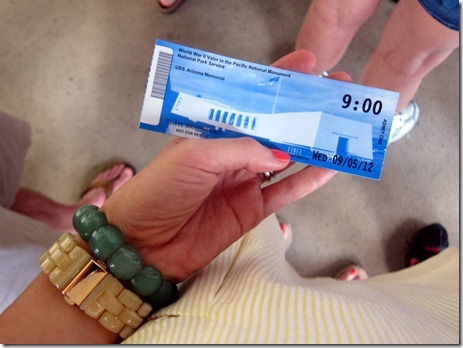 Ryan and I had no trouble filling our wait time and spent the hour we had before our tour walking around the grounds and reading all about the Japanese attack on Pearl Harbor. 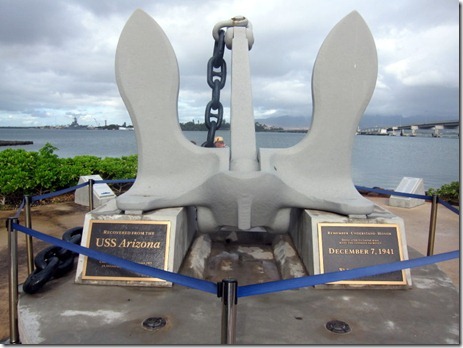 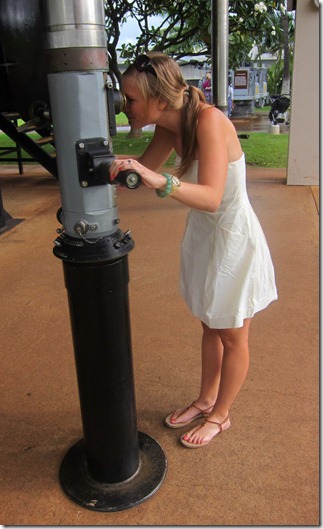 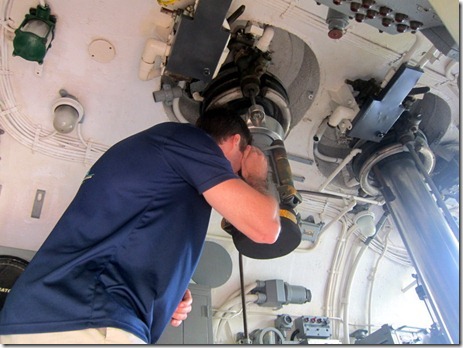 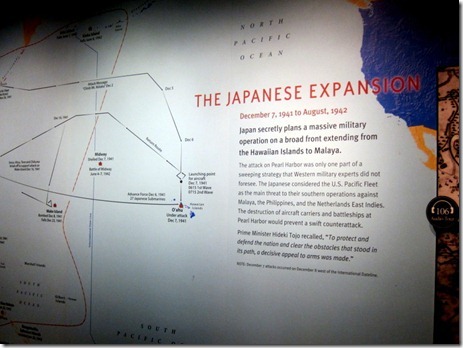 Though I obviously learned all about the attack on Pearl Harbor in history class when I was in school, visiting the memorial gave me a renewed level of respect for those who lost their lives or had their lives changed forever by the events surrounding December 7, 1941. I found the video we watched before taking a boat out to the USS Arizona memorial informational and captivating. The atmosphere at the memorial was one of sadness, respect and contemplation. 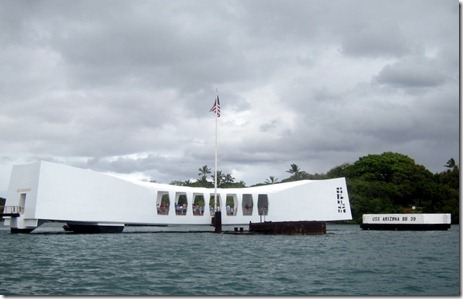 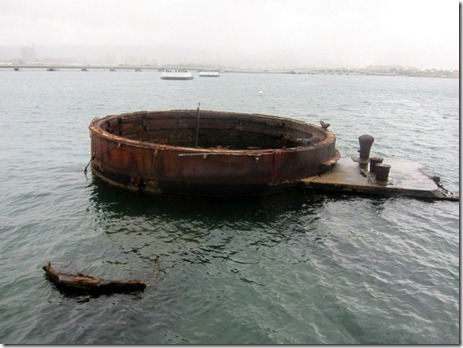 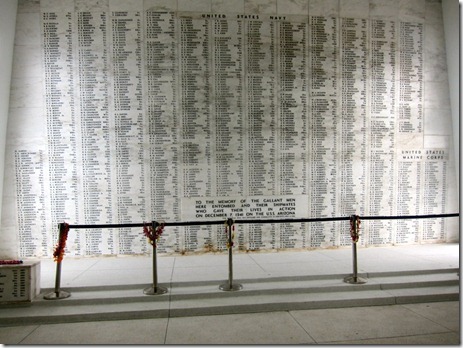 It was an emotional morning and Ryan and I left Pearl Harbor very glad we made it a point to visit the memorial.

After our time at Pearl Harbor, Ryan and I had another hike on our agenda for the day. A hike that took us straight UP! 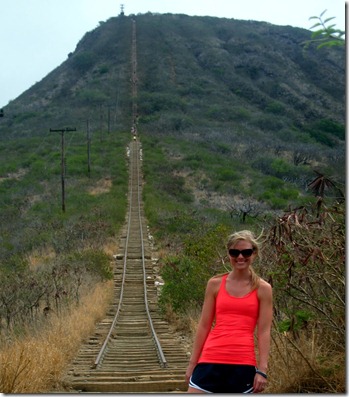 The stairs you see behind me lead to the summit of Koko Crater. While the distance isn’t too long, this hike rises to an elevation of 1,200 feet and is just plain HARD. But it’s also pretty freakin’ badass. 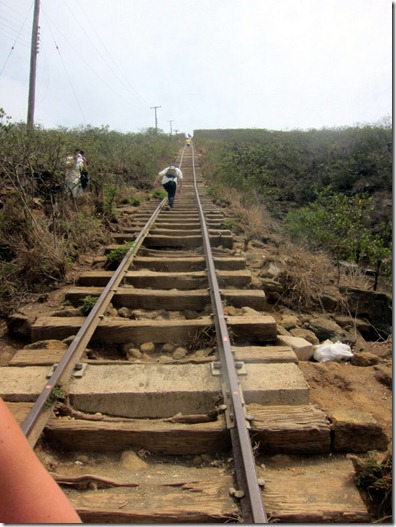 When we began the hike  we realized pretty quickly that it was going to kick our butts. Once we got to the halfway point, we were a sweaty mess. Though the incline was tough, the hike to the top included another obstacle. 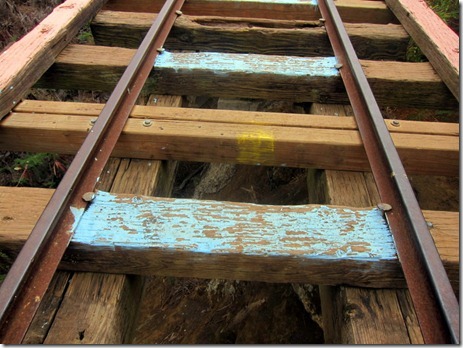 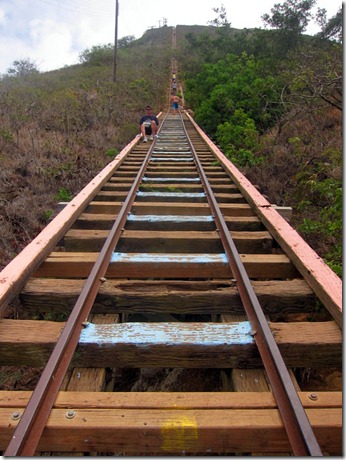 When we came upon the bottomless stairs, I got rather nervous. I saw one man crawl up the stairs and I felt the need to bend over and steady myself more than once. The bottomless stairs thankfully do not cover a huge portion of the trail, but they sure do add a little pizazz to the hike!

Ryan and I took a few breathers on our way to the top, but made pretty good time and arrived at the summit sweaty, excited and absolutely blown away by the incredible views. 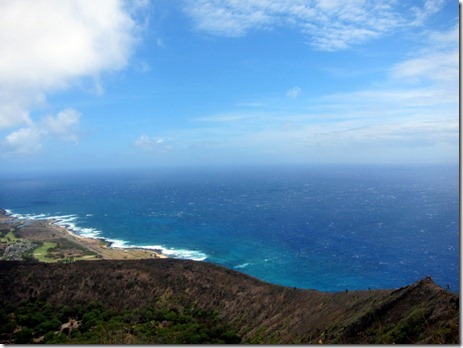 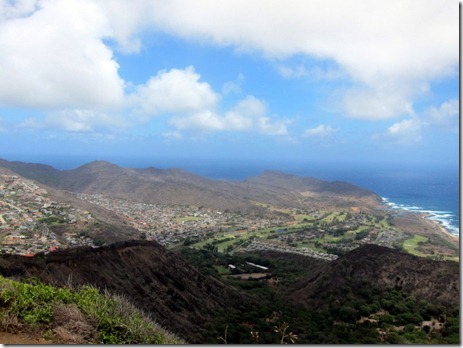 I felt like we were looking out of an airplane window. It was so, so gorgeous and the views made the hike to the top more than worth the effort. 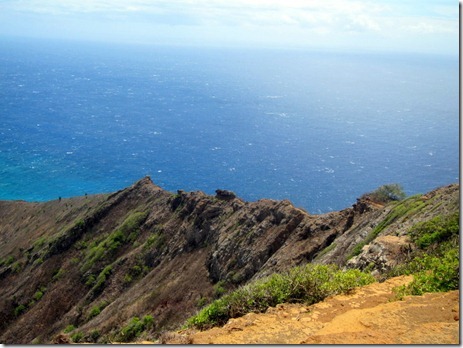 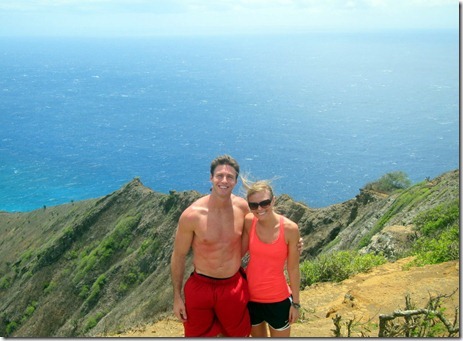 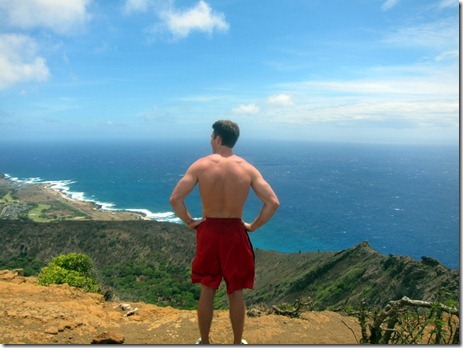 While the hike to the top of the crater was a challenge thanks to the incline (I read one review that called the hike “Nature’s Stairmaster”), the hike back down was a bit freaky! 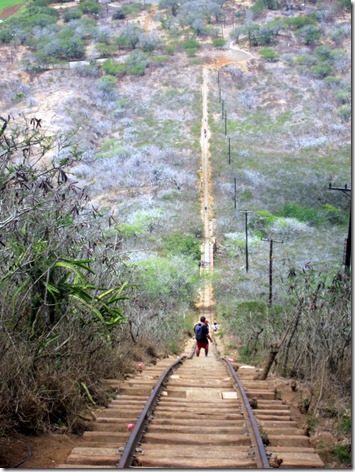 A little unnerving, no?

We made it to the bottom safe and sound and agreed that this hike was one of our favorite experiences of our trip so far. It was hard but so, so worth it to get to see such stunning views of Oahu.

As we were discussing lunch options in the car after our hike, something magical appeared. 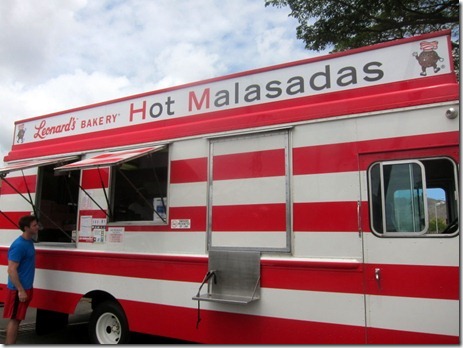 When I asked you guys for recommendations about things to do and foods to try during our visit to Oahu, I read comment after comment telling me I had to try Leonard’s malasadas. I had no clue what malasadas were, but now that I do, I can say that I love them. 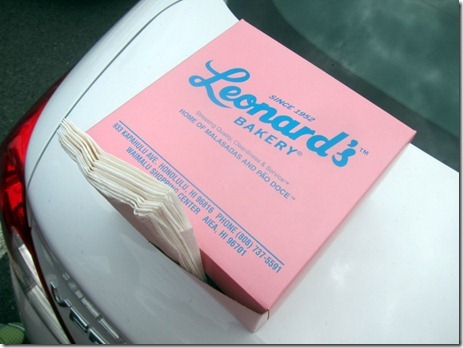 Just in case you’re in the dark about malasadas like I was, they’re large, fried balls of dough tossed in sugar and happiness. 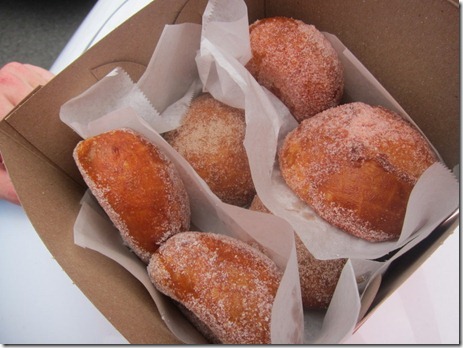 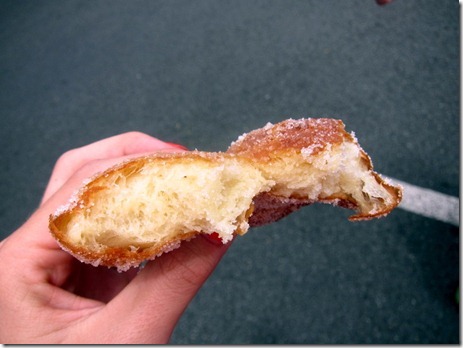 The Leonard’s bakery food truck just happened to be parked right down the road from Koko Head Crater and we knew it was a sign. Ryan and I ordered  half a dozen, thinking we’d split three and save three for later. Yeah, that didn’t happen. After our first bite we knew they’d be inhaled in no time at all.

While delicious, the malasadas weren’t exactly filling and didn’t do much to quell our hunger, so our hunt for a quick place to stop for lunch resumed.

We popped into Taco Del Mar and I ordered three carnitas tacos with guacamole. 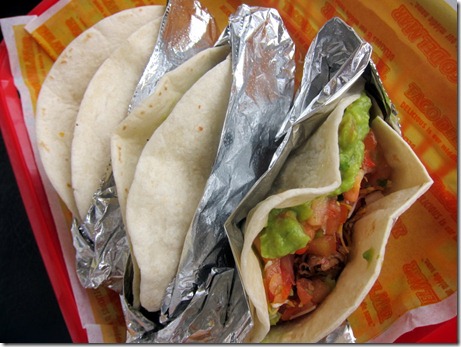 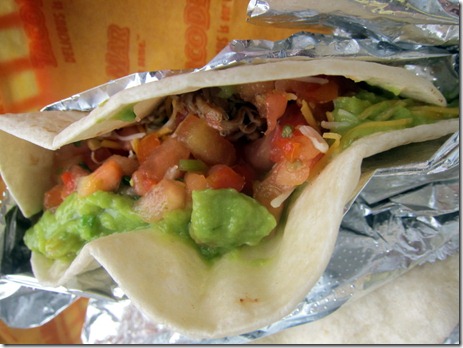 I’ll pop back in again as soon as I can with a recap of last night’s press trip kick off. So much to share!