We made it through Chase’s Meet the Teacher day yesterday with no tears! (Let’s be real, the “no tears” thing was really a victory for me, not Chase.) He was cool as a cucumber and I hope his excitement over school lasts when I actually have to leave him for the first time next week.

Our morning yesterday passed by in a flash of breakfast, a quick workout and a stop by the grocery store to pick out flowers for Chase’s teachers. Thanks to those of you who chimed in on my Monday blog post question about whether or not bringing gifts to teachers at the beginning of the school year is a thing. The consensus: No, it’s not. But remembering teachers on holidays, birthdays, Teacher Appreciation Day, or supplying much-needed items for the classroom throughout the year is very much appreciated.

I still wanted to do a little something, especially since I had a feeling Chase would do better with meeting his teachers if he had something to give them, so I let him pick out flowers for Miss Debbie and Miss Jen and he selected a summery bouquet of daisies. 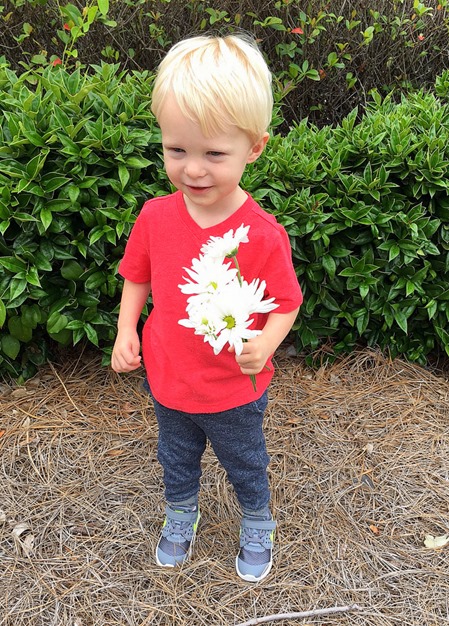 We arrived around 10:30 a.m. and Chase quietly said hi to his teachers (still no “Miss”) but seemed really excited about giving them flowers! He was way more interested in running past them and checking out the new toys all over the room so we played and met some of the other parents and kids before it was time to head outside. 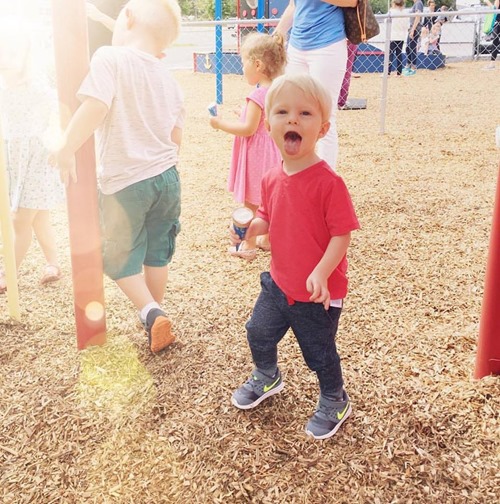 Chase’s preschool apparently knows how to win over new kids because they had an ice cream truck show up outside of the playground. Chase’s love for ice cream knows no bounds (I wonder where he gets that from?) and he had a death-grip on his vanilla sprinkle cone while he explored and played!

I enjoyed chatting with the other parents and have the best feeling about Chase’s preschool. To be honest, I was having some serious regrets about enrolling him a couple of weeks ago because I truly do love our time together. I really had to force myself to shift my perspective and realize this is something he will love and is beyond ready for this year. Chase is already quite independent and social so I know in my gut beginning preschool will be a great thing for him. Plus, it’s only TWO days a week and he’ll be there for three(ish) hours each day, so it’s not a huge commitment even though it feels like quite a big milestone for me.

On the flip side, I am definitely looking forward to some extra uninterrupted work time and the ability to make various appointments in the morning without having to ask a friend to watch Chase or call a babysitter. I haven’t had that kind of freedom since he was born!

We arrived home from Meet the Teacher a little before noon, ate lunch (well, a snack for me) and did a little dinner prep together before Chase’s naptime. 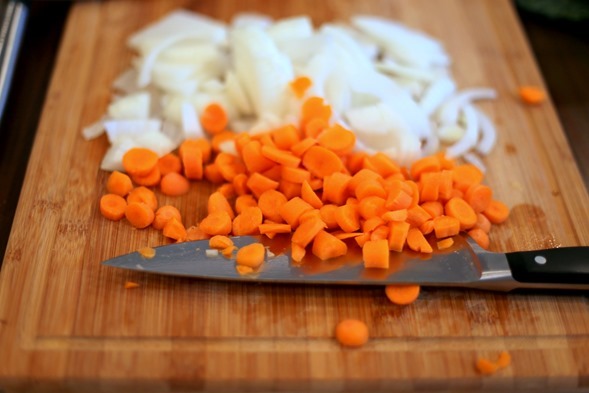 “Help cook” is one of Chase’s current favorite activities and I’m not complaining one bit. It’s pretty awesome because it allows me to get some dinner prep done while he’s awake and he’s a lot more curious about the foods we’re preparing together which means he’ll often snack on the raw veggies I’m chopping while he “helps.” (And yes, this new activity means our kitchen looks like a disaster almost all day long until we do a big clean after dinner.)

Chase went down for his nap around 1 p.m. and I worked on the computer until I eventually got hungry. Yesterday’s lunch included chopped turkey burger with brown rice, leftover lentils and avocado. 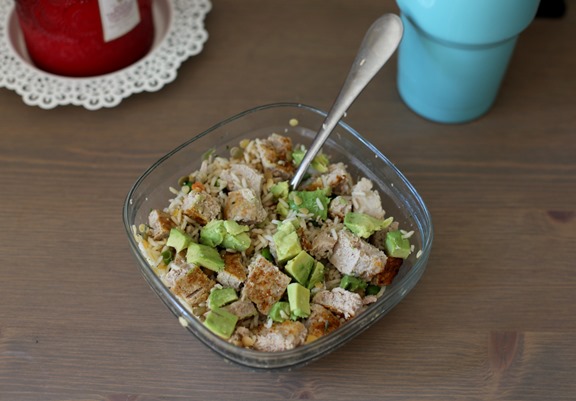 Ninety minutes later, Chase was up again. I feel fortunate that I can usually count on a solid two hour nap from Chase in the afternoon but yesterday he was ready for action a little early, so I switched back into mom mode and texted with a few friends about meeting up for an afternoon play date.

We spent most of the afternoon at Gymboree’s Open Gym with my friends Carrie and Laura and their little ones before heading home to get a crack on dinner.

After being in a good mood all day yesterday, something seemed to flip in Chase around 5 p.m. because all the whines and fussiness he held in all day seemed to surface. When I got a text from Ryan letting me know he’d be home a little later than usual, I made the decision to do Chase’s bath earlier in the evening which seemed to help relax him a tiny bit.

We came downstairs after his bath and finished dinner which was a turkey and veggie skillet that tasted like a weird but delicious version of sloppy joes. 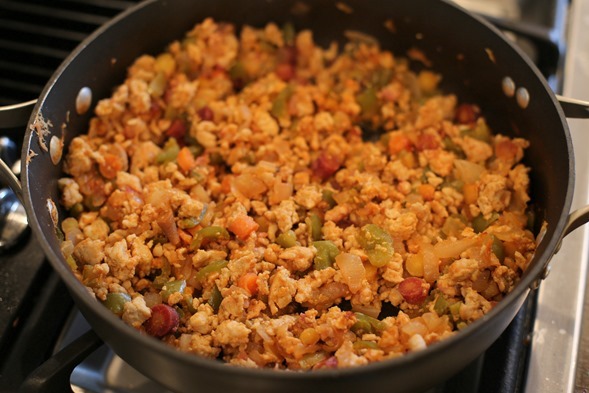 Ryan arrived home around 7 p.m. and after we were done eating together, we made blanket forts and read a book under them before Chase went down for the night a little before 8 p.m.

I’m not sure what it was about yesterday, but I felt 100 percent pooped at the end of the day. I also couldn’t resist digging into ice cream again after dinner while we watched Big Brother and enjoyed every last bite.

And on the subject of ice cream… I have a quick question for anyone out there who might also have a raging sweet tooth: Have you ever done anything to try to eliminate your sugar cravings? I feel like mine are at an all-time high right now and while I’ve never been one to do a detox or anything like that, I know I could benefit from cutting back on sugar (in addition to the ice cream after dinner, I also had ice cream at Chase’s school and chocolate after lunch). Since I know I’m an abstainer not a moderator, I’m kind of curious about doing a no-sugar challenge to try to get my cravings for sweets (specifically refined sugar) under control. If you have one you’d recommend, or if there’s something you’ve done in the past to help with sugar cravings, please let me know! I love fruit and wouldn’t want to give that up, but I know I could benefit from cutting back on refined sugar and think some sort of a not-too-intense challenge could be a good motivator.

I hope you all have a great Thursday and I’ll see ya back here tomorrow for Things I’m Loving Friday!