Navigation
Today I had the pleasure of meeting Jim Clifford Hjelm (also known as James Clifford or Jim Hjelm), the designer of my wedding dress.

He was such a fun guy!

He was very complimentary of the dress I chose and even offered to send me a sketch of my gown! I thought that was really neat and I can’t wait to frame it. 🙂

While we were at the boutique, we took advantage of the loads of bridesmaid dresses on display and had my sister (who will be my maid of honor) model several of them.

We liked several different dresses but loved one. 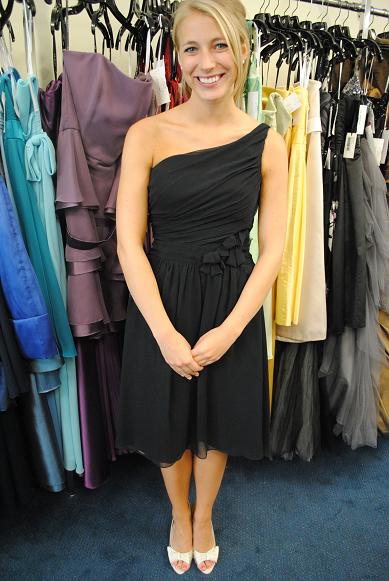 The Jim Hjelm one shoulder chiffon dress could be the bridesmaid dress, though would want to change a couple of things, such as remove the beading from the inside of the two flowers on the side and add a little more material to the center of the flowers to make them a little more feminine and whimsical. (I would also get the dresses in a champagne color.)

I’m waiting some pricing estimates from the tailor since I want some changes made. We’ll see!

After wedding fun, we headed to Peach Valley Cafe to pick up some apple fritters, which were highly recommended by Leslie.

The fritters were fried and tossed in a bag of cinnamon and sugar. A cup of sweet strawberry yogurt was served on the side for dipping.

Leslie’s recommendation was spot-on. They were delicious!

With a little food in our bellies, we headed out to the nearby outlet mall for some shopping.

My sister and I did some damage at the Banana Republic and J.Crew outlets. With my birthday coming up, my mom is boxing up some of my goodies for a couple of weeks! 🙂 It’ll be fun to open up the goodies because I always forget about something I previously picked out.

Shopping really made us all quite sleepy! We were in the mood for some serious comfort food at home.

When Ryan arrived home from his soccer game (they won!) we were ready to dig into taco meatloaf!

I made the meatloaf using a recipe I saw on Lisa’s blog. 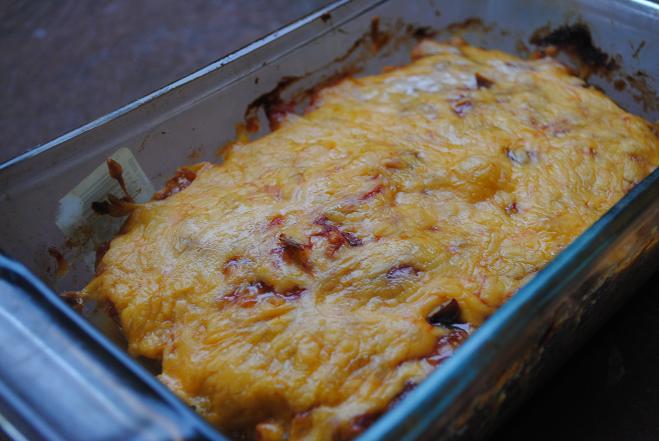 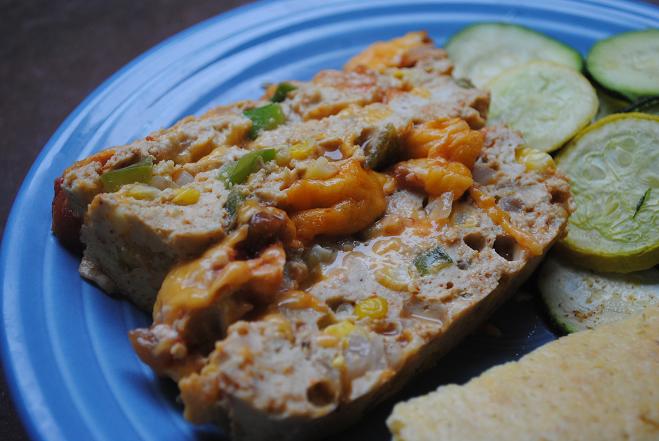 We enjoyed the taco meatloaf with corn bread and roasted zucchini and squash.

For dessert we had freshly baked cinnamon oatmeal cookies.

My mom is spending the night in Orlando again (yay!), but my sister is getting ready to head back to Gainesville. 🙁

We’ve had such a fun-filled girly weekend… I’m gonna miss her!

I hope you’ve enjoyed a fun and relaxing weekend! Thanks for poppin’ in!

Preheat oven to 375 degrees.  Cook peppers and onions for three minutes over medium heat in a pan sprayed with non-stick spray.

In a large bowl, combine onions and peppers with turkey, corn and seasoning mix. Spread half of the mixture evenly into the bottom of the loaf pan (about 9″x5″) sprayed with nonstick spray.

Layer the two slices of fat-free cheese on top of the mixture (try to keep slices away from the pan’s edges). Evenly top with the remaining meat mixture.

Pour the salsa over the top of the loaf. Cook in the oven for 30 minutes.

Top loaf with shredded cheese. Return loaf to the oven and cook for another 15 minutes.