Navigation
Yesterday kicked off on a bit of an unexpected note. On Monday night, our power went out and it was kind of an odd situation because the updates we received from our power company made it seem like the power was going to come back on within two hours. We received three of these updates and the time was pushed back another two hours every time until we eventually got a text on Tuesday morning informing us that the power would likely be out until 6 p.m.

When the power first went out, I went into Ninja Mom mode because both of the boys’ sound machines turned off (I clearly forgot to replace their batteries) and I was determined to slip into their rooms and snap some batteries into their machines without waking them up. This shockingly worked in Ryder’s room but Chase woke up crying saying, “MOM! My machine is off!” He’s very attached to his white noise machine and thankfully settled back down once I got it running again. Honestly, I totally understand Chase’s attachment to his white noise machine and something about having kids has made me dependent on one myself since I’m so used to hearing white noise in the background while I sleep. Ryan is the same way and we ended up buying ourselves the same white noise machine we used for the boys for our room after we transferred Ryder to his nursery when he was around 6 months old. (After discovering the Hatch Light  several months ago, I’ve actually been using that sound machine in Ryder’s room but a friend is currently borrowing it to see if she wants to buy one for her son so I’m back to using his old sound machine at the moment.)

The main concern for me during our night without power was the increasing temperature in our house. It got really warm and stuffy upstairs and since our baby monitors weren’t working, I slept horribly because I was on high alert for kids crying but thankfully both boys did well despite my lack of a good night’s sleep.

Ryan lifted the garage door up and moved my car out of the garage before he left for work in the morning so we were thankfully able to get Chase to camp in the morning but not before we popped into the grocery store to pick up a couple of bags of ice in an attempt to salvage some of our freezer food. 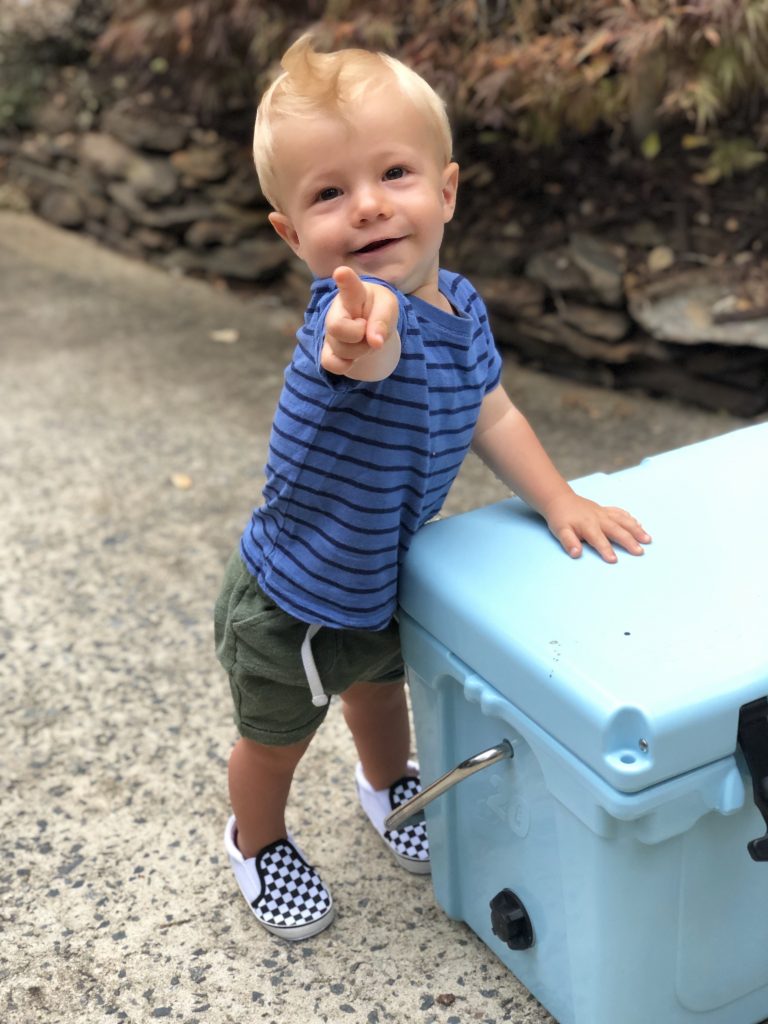 Since there is a Starbucks located in the front of the grocery store closest to Chase’s summer camp, I treated myself to a whole milk cappuccino and a spinach feta wrap for breakfast as well. (The boys ate strawberries and sweet potato muffins at home.) 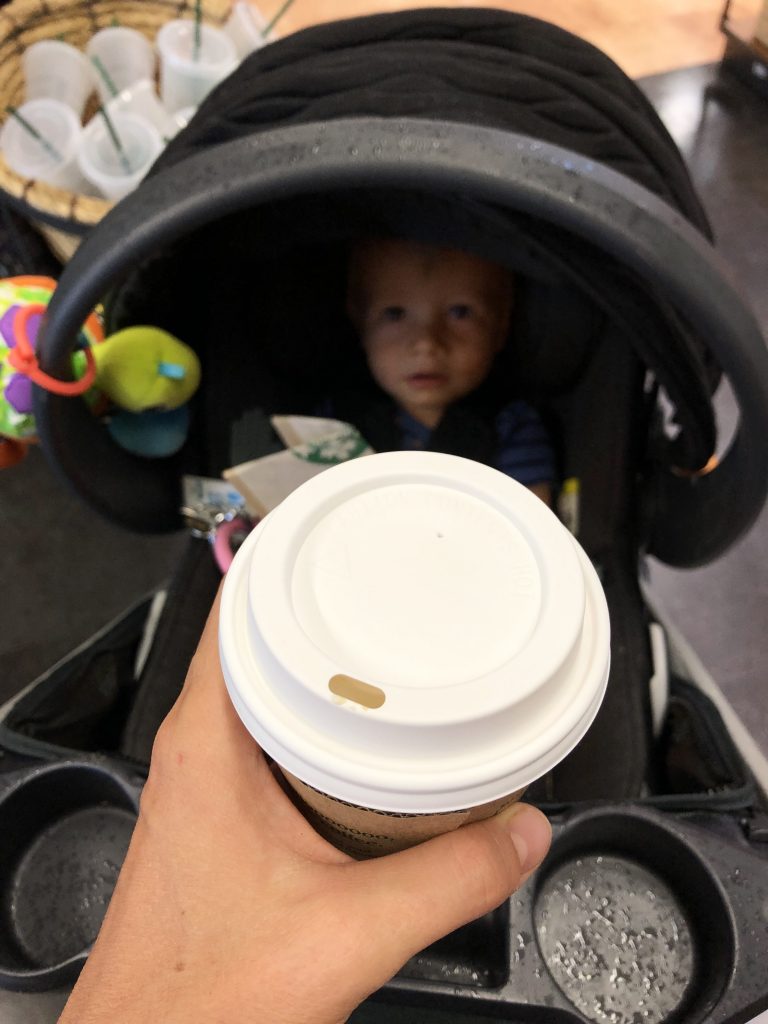 Once Chase was settled at camp, Ryder and I made our way to Burn Boot Camp! I missed my boot camp workouts a ton when I was in Florida and it felt good to be back! It was an upper body day at boot camp and we went through a superset workout that looked like this: 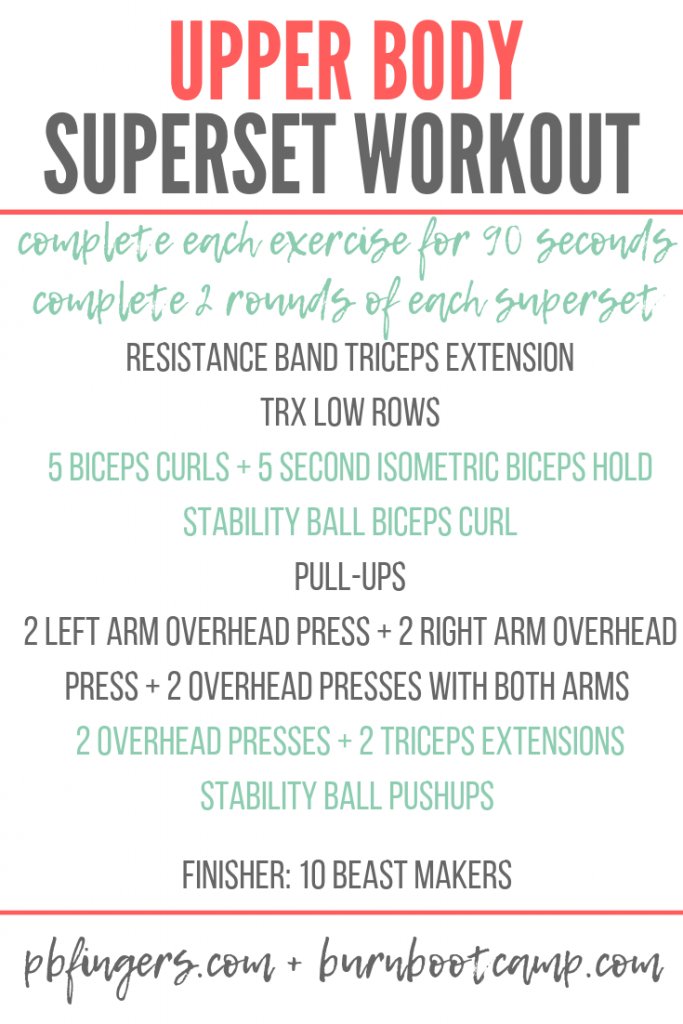 My arms were burning during that bad boy!

After my workout was done, I said goodbye to my friends, picked Ryder up from childcare and headed home to what I was sure would be a hot, humid, dark house. To my shock, our power was back ON. What!? It was a very, very pleasantly surprise and I ended up being able to salvage nearly all of our freezer food, though we had to toss some refrigerated goods.

Once I realized we were back in action, I quickly placed an Instacart order for food for our family and then put Ryder down for a morning nap. Leave it to me to talk about Ryder transitioning to one nap a day in my last blog post only for him to clearly need a morning nap in my next post. Oooph. I guess that’s life with kids, right!? We’re definitely still trying to figure out what nap schedule works best for him at the moment and I have a feeling working toward dropping one of his naps permanently will be an ongoing process.

As Ryder napped, I made myself a smoothie with frozen cauliflower, chocolate protein powder, cashew butter, oats, a handful of fresh spinach and a frozen banana and sipped on it as I worked on back-end blog stuff I neglected last week. 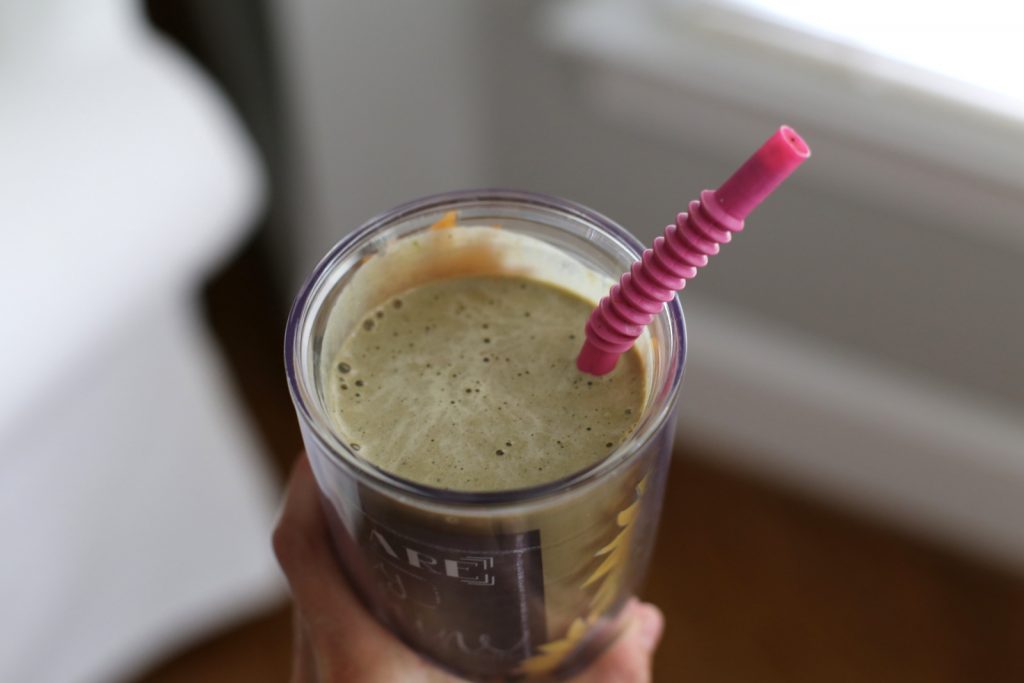 I worked up until Ryder began to stir and my Instacart deliveries arrived. (Side note: I LOVE the way my Instacart membership lets me order from multiple stores with no delivery fee as long as I hit a $35 minimum. This haul came from BJ’s and ALDI.) I set Ryder up in his high chair with his lunch while I put the groceries away and then we headed off to pick Chase up from camp. 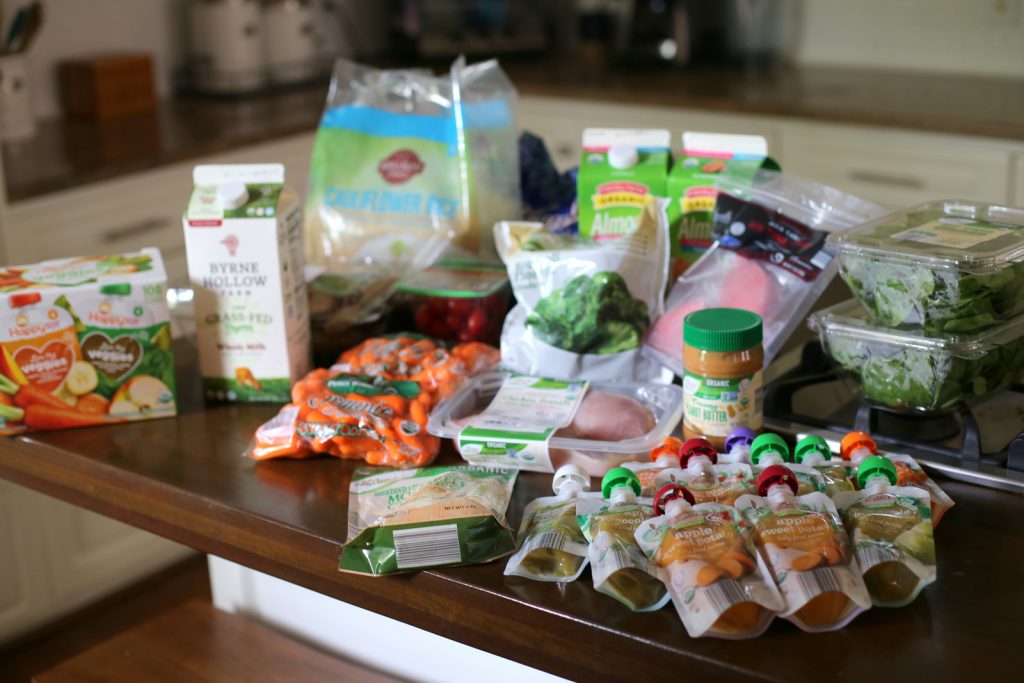 Chase seemed to have a great day at camp and since it was overcast almost all day yesterday, we took advantage of the lack of a burning summer sun and played outside for a bit before afternoon naps for the boys. 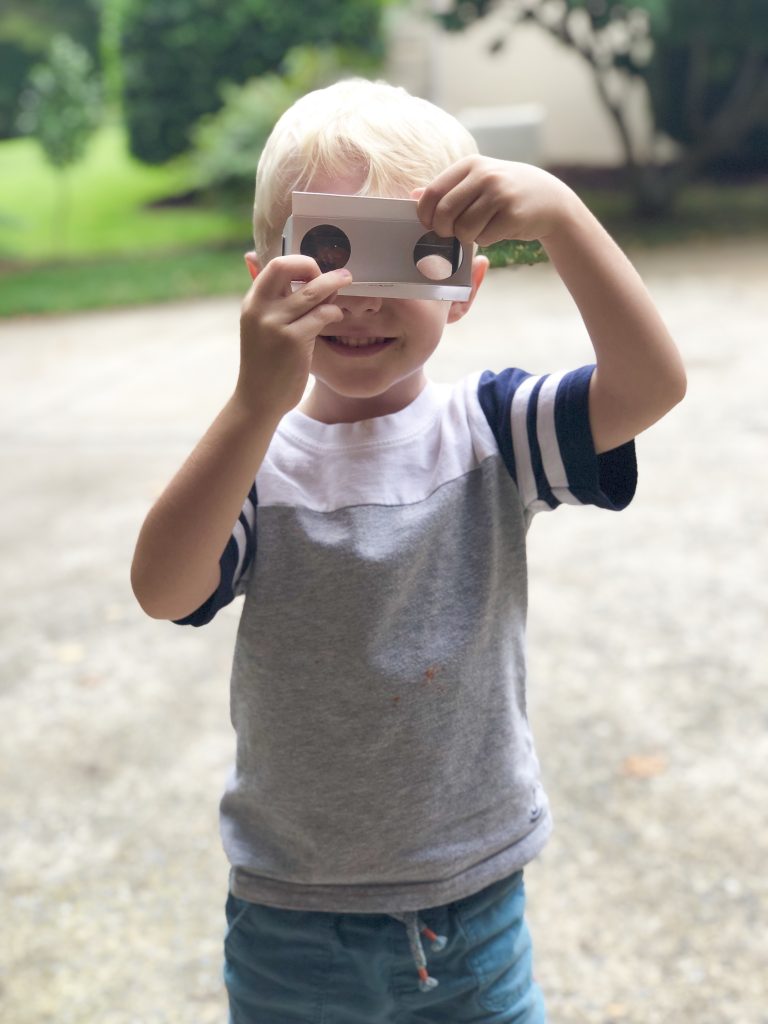 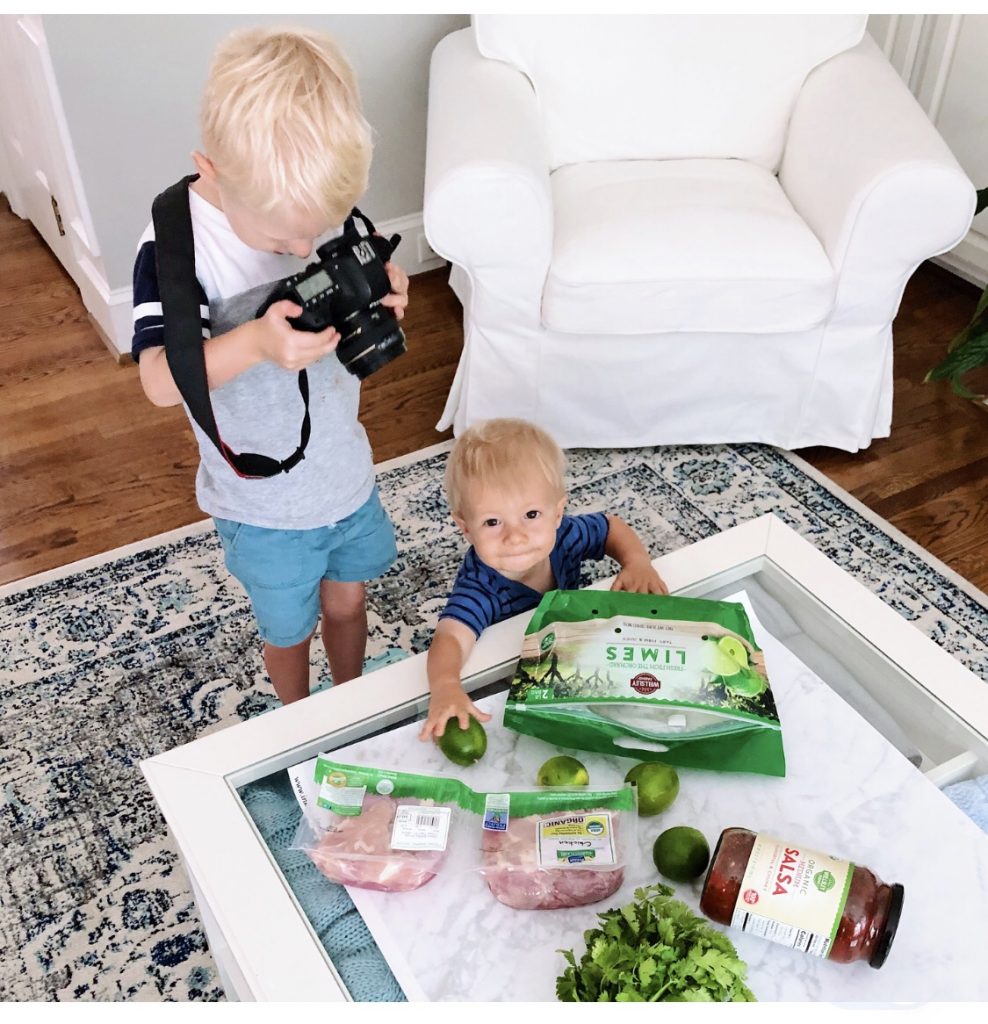 Eventually the boys went down after an afternoon snack and while they slept, I took a shower, made myself lunch and finished prepping the recipe I wanted to photograph which doubled as our family’s dinner for the night.

My lunch for the day took place in two parts. Part one: My favorite Daily Harvest cauliflower pesto harvest bowl (I added frozen edamame, chopped green beans and some brown rice to it for volume) + Part two: A teriyaki salmon burger 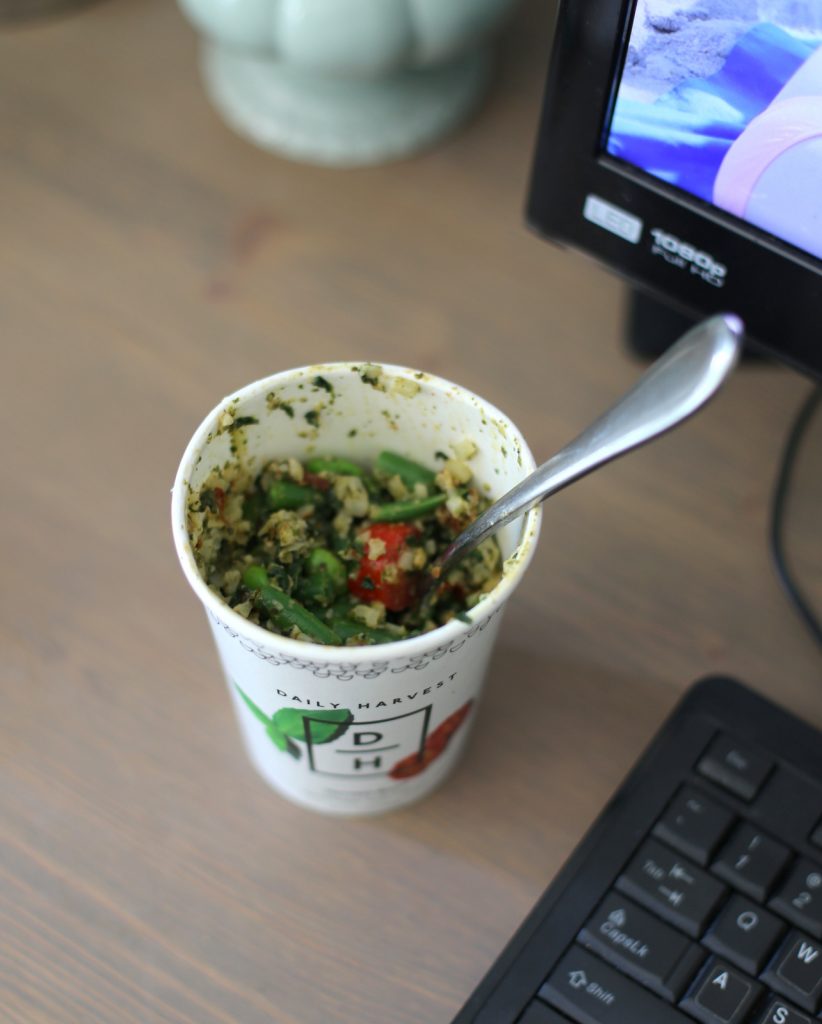 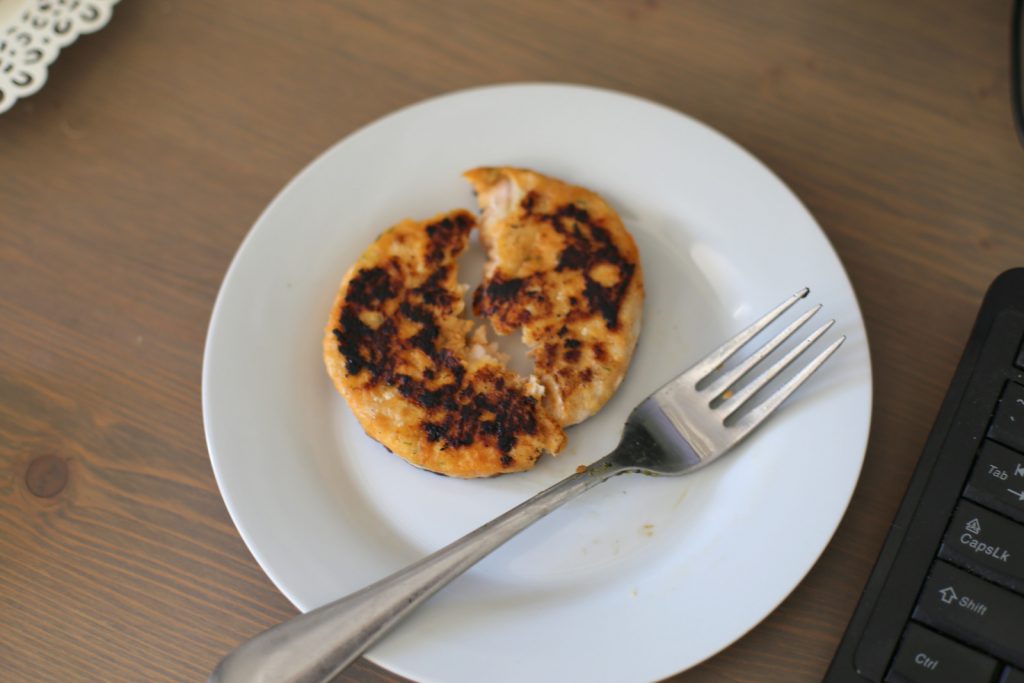 I had just enough time to eat and respond to a few emails before the boys were up and ready for action. I gave them snacks and then as they played downstairs, I took a quick bathroom break and emerged to find this scene: 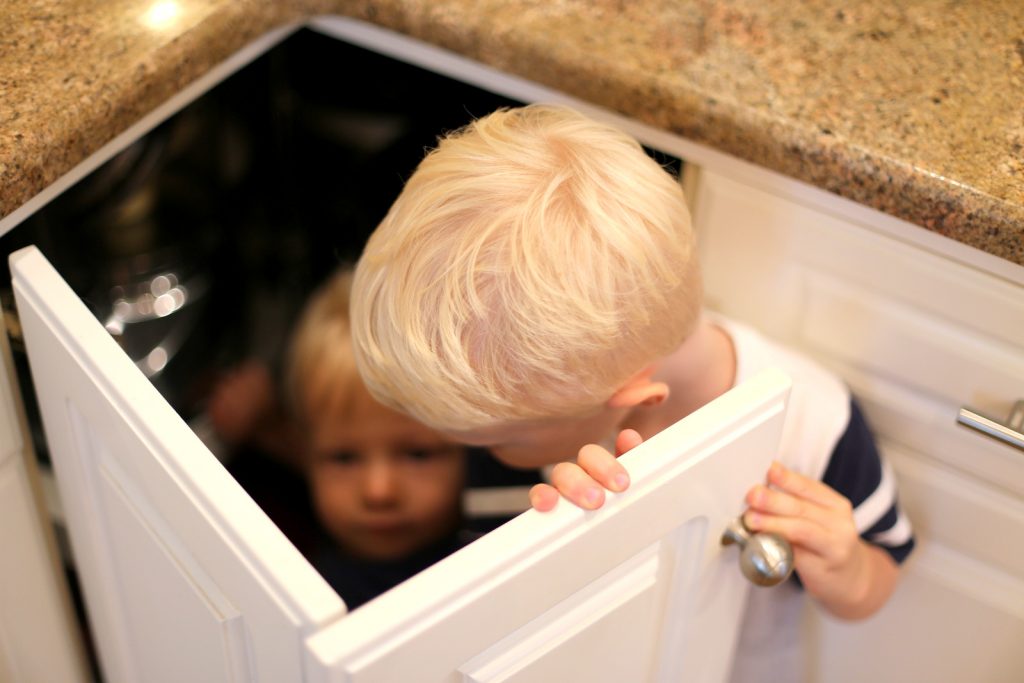 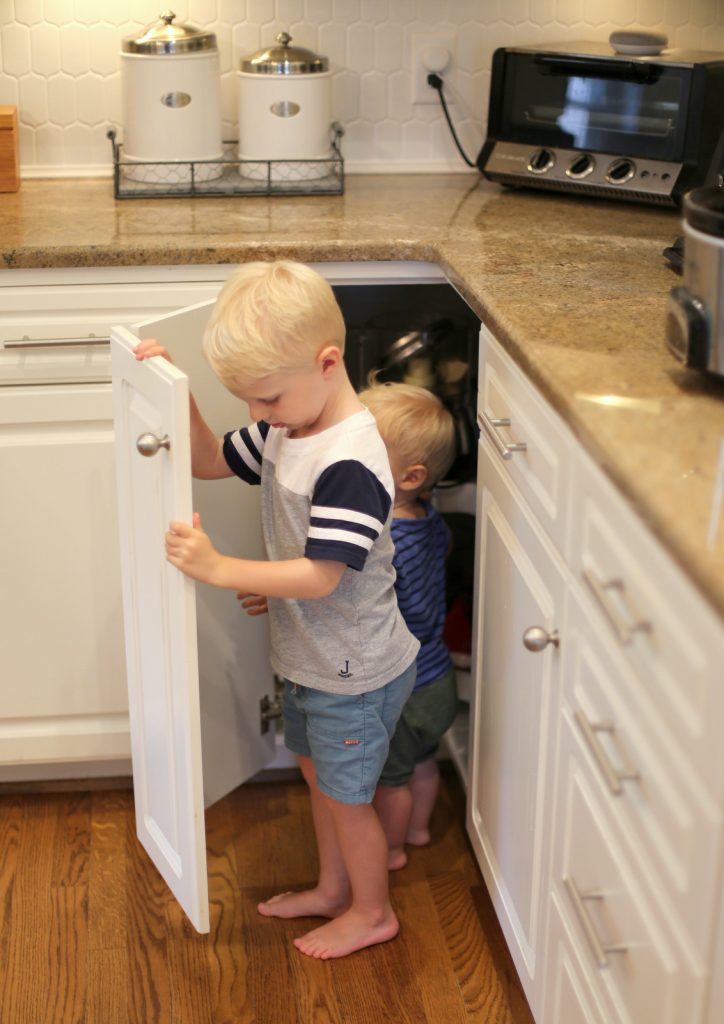 Chase had himself and Ryder enclosed in a corner kitchen cabinet and called it their “fort.” He said he and Ryder needed “privacy” in their fort together. Okay, bud. Whatever you say! (I just love that kid’s imagination.)

Since the boys were clearly in a playful mood, I figured they’d have fun at My Gym’s open gym time yesterday evening, so we spent nearly an hour there as the boys burned off some energy. 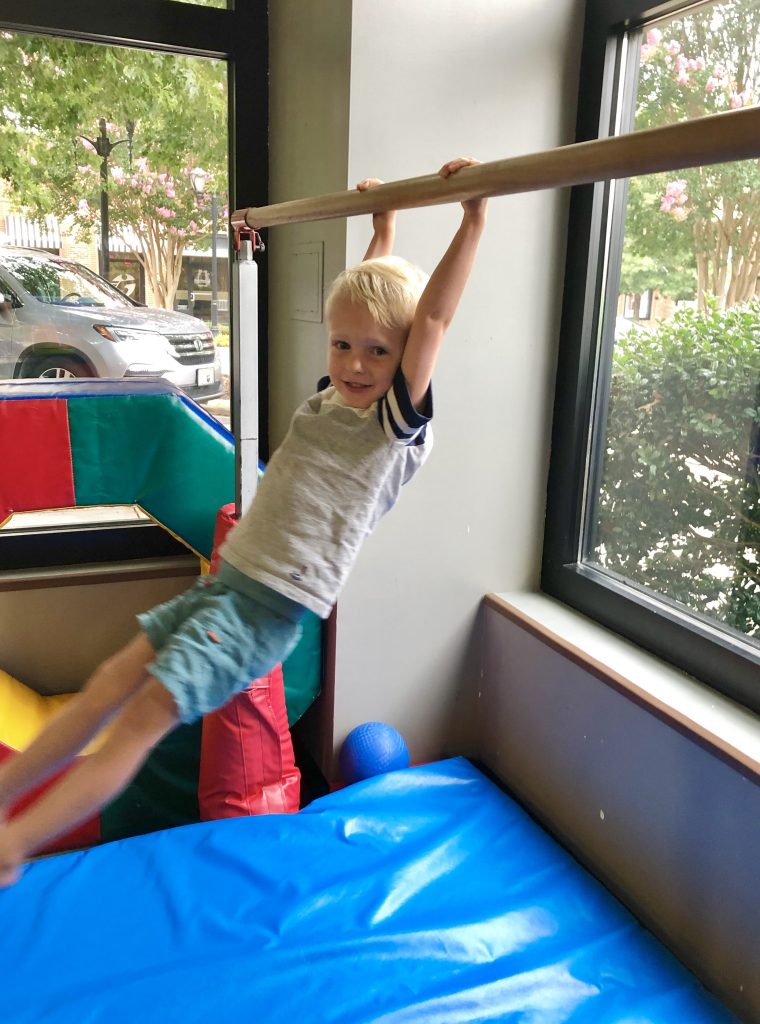 We arrived home about five minutes after Ryan arrived home from work and I wasted no time assembling dinner from the crockpot recipe I prepped earlier in the day. 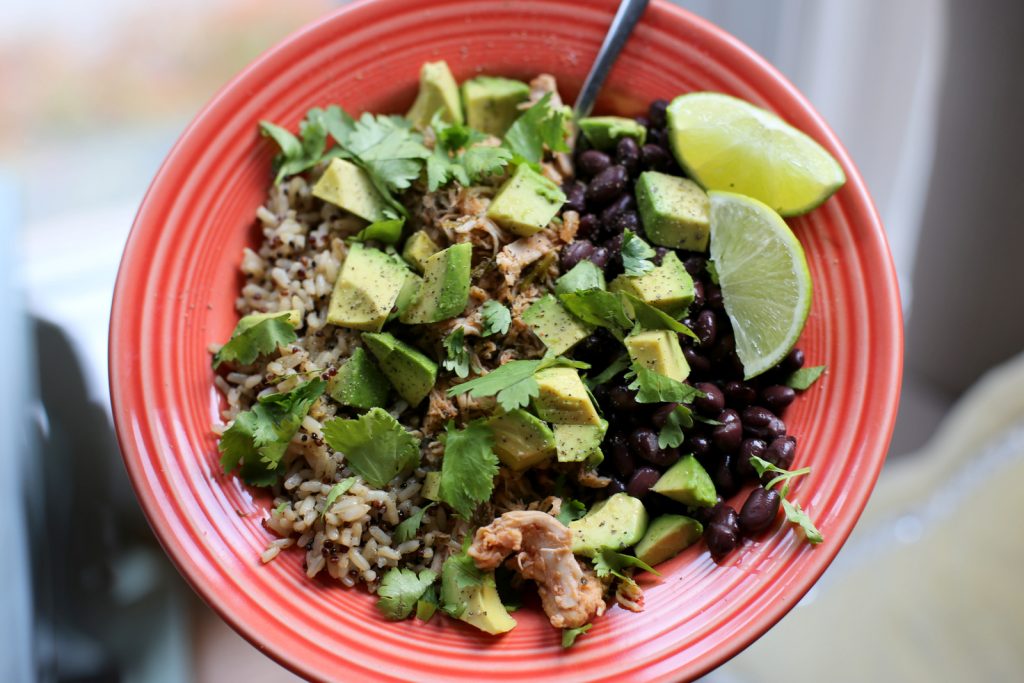 Once everyone was fed, Ryan and I did the whole nighttime routine with the boys before tucking them in and making our way back downstairs to watch an episode of Stranger Things together.

It’s been a LONG time since we’ve had a show to watch together and we were both psyched for the debut of the third season of Stranger Things last week. We’re four episodes in so far and I think this is the most suspenseful season yet. I’m loving it and Ryan and I agree that half the magic of the show is the fact that it takes place smack-dab in the middle of the ’80s.

We eventually made our way to bed and now I’m up and ready to do the whole midweek routine over again! Chase has camp and swim lessons today and I have my annual dermatologist appointment this morning to get my skin checked. Hopefully Ryder finds looking at mom’s moles entertaining… Ha!

I hope you all enjoy your Wednesday!

« A Week in Florida
Snickerdoodle Smoothie »