At around 6 p.m., we officially waved goodbye to our home in Orlando. 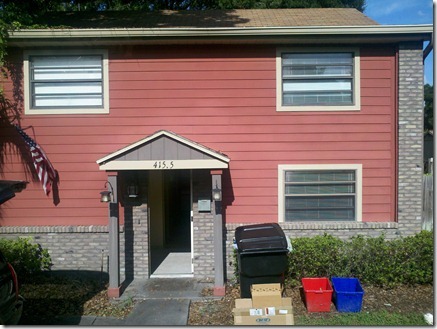 That’s the old abode! I can finally show you guys the outside!

When I tweeted this photo earlier, some of you laughed at the fact that we had a decimal in our address. The apartment we rented was located in the back of a larger home, so it was awarded a “.5” on the end of the house number.

Though this place gave us our fair share of headaches with the mouse problem and all, it was also the first place we shared as a married couple and really did feel like home. 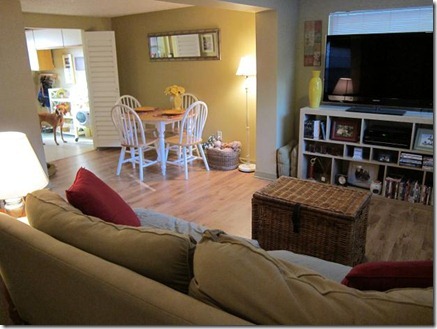 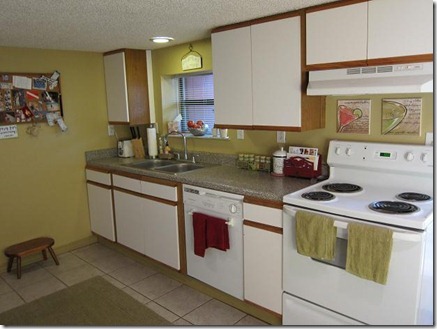 We won’t miss the world’s ugliest cabinets or the dark kitchen, but we will miss living in a central location in downtown Orlando and the warm and friendly neighborhood.

As we were driving our final load of belongings to Ocala (it took us two trips and three carloads to get everything there), I had Ryan swing by my first apartment and the first apartment we shared together so I could snap a quick picture of our Orlando homes.

My first post-college apartment was located in the back of a quaint home in the Thornton Park neighborhood of Orlando. 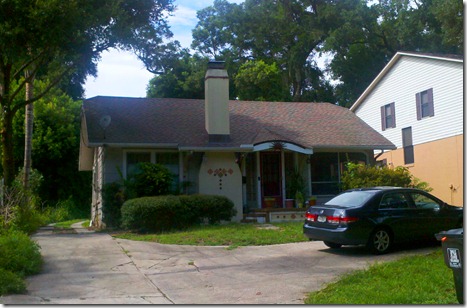 It was about 700 square feet and it was all mine! Well, Ryan basically lived there without really living there, so I guess it was kind of his, too…

We called this place my “mini house” because it was so cozy and homey but scrunched into a the back of an already small home. To do my laundry, I had to hook up the washing machine to the kitchen sink!

I loved it there!

After a year at the “mini house,” I took the plunge and moved into a place with Ryan where we lived for two years. 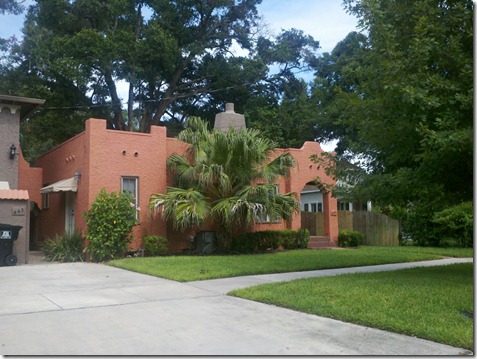 This is the place we lived in when I started the blog!

It was about 1,000 square feet and was my favorite home of the three. With the exception of some seriously nutty landlords, this place was perfect! 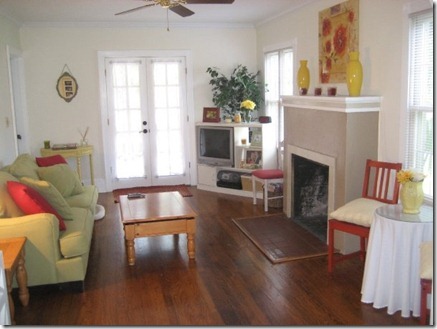 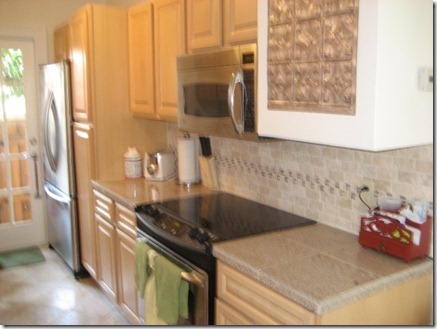 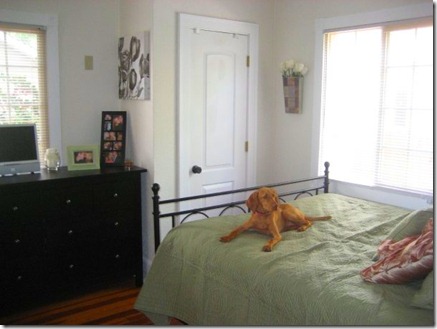 It’s hard to believe I’ve lived in Orlando for the past eight years. It was really bittersweet as we drove away from a place with so many memories, but we’re really excited and ready to discover a new place with new things to do, restaurants to try, trails to hike and people to meet!

Today’s adventures were fueled by his and hers Frappuccinos. 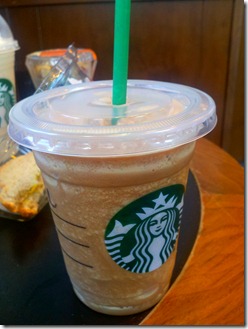 Once we finally had everything packed into storage (we were moving and cleaning from 10 a.m. – 7 p.m.), it was dinner time. 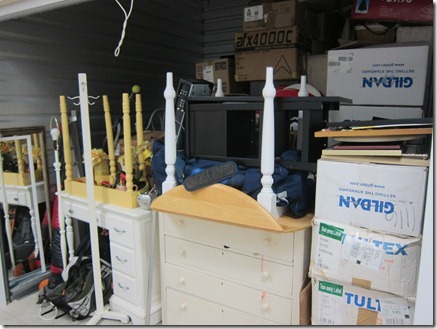 We stopped by Publix to pick up some food to have on hand at our temporary living location and also nabbed some sushi. 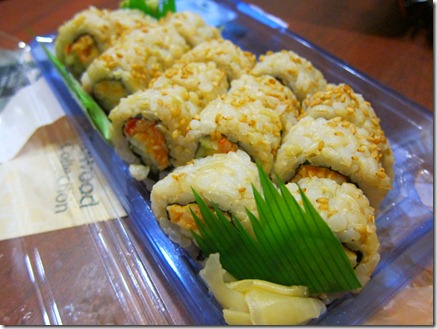 And then Ryan had the genius idea to split a pint of ice cream in honor of our big move! 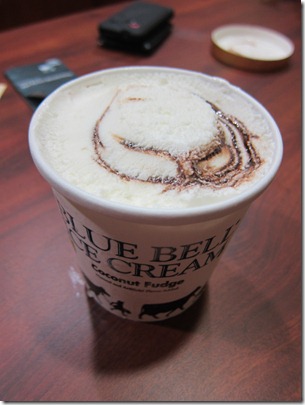 He let me choose the flavor and I selected Blue Bell coconut fudge ice cream which was FANTASTIC. I love coconut and fudge ribbons, so this little gem was right up my alley.

With the two of us working our magic on the pint, it was gone within 10 minutes.

And now we’re cuddled up in a fluffy hotel bed (we’re staying in an extended stay hotel until we find an apartment) and hope to get a good night’s sleep. I don’t think that will be too hard after today’s moving madness.