So sorry the blog went down today! I worked with my web host and it should be up and good to go now. Thank you for your patience.

Good afternoon! Today is flyin’ by!

My morning kicked off a hot mug of coffee and a deliciously filling bowl of my cherry almond chia seed pudding. 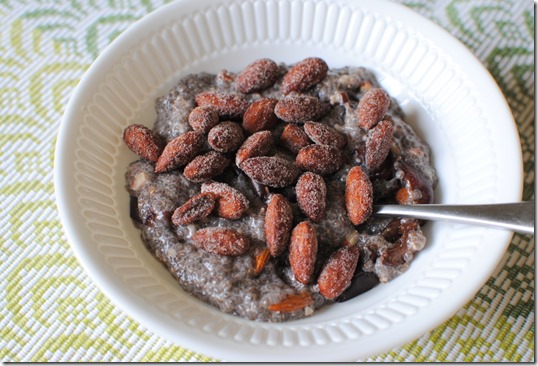 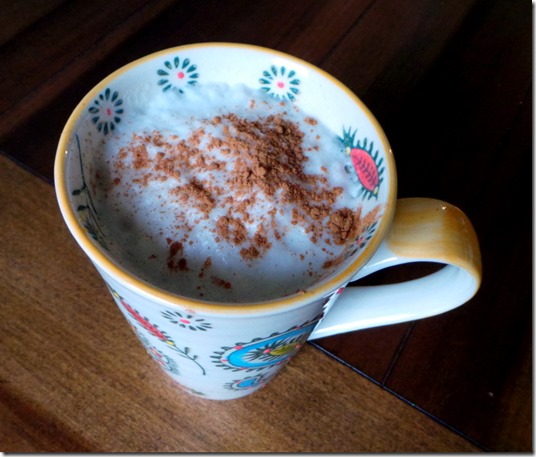 I made another batch of the chia seed pudding last night and topped it with some honey roasted almonds this morning before digging in. 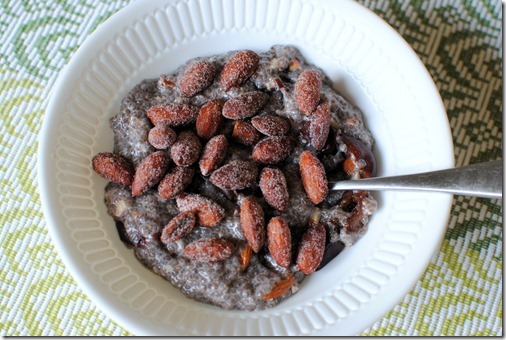 I want to make this pudding with raspberries or blueberries next time. I think it would be fabulous!

When it came time to squeeze in my workout for today, I was not in the mood to get creative in the gym at all and looked to a group exercise class to motivate me to sweat! I headed into a Zumba class right as it was about to start and was hoping the music would help rejuvenate my mindset.

Zumba is so hit or miss for me. Sometimes it’s an absolute blast and other times it’s less than enthralling. The instructor can totally make it or break it and the teacher who took us through today’s 55 minute class was the jam. She was so enthusiastic and smiley and had the whole class shakin’ our booties and sweatin’ up a storm. It really was so much fun!

Lunch today was another easy one to throw together thanks to leftovers from yesterday’s late afternoon cookout. 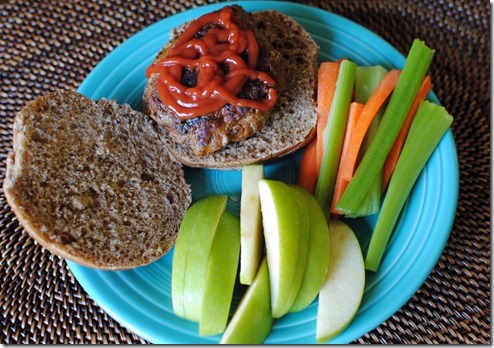 We had a few friends over to grill out and the single southwest turkey burger that remained made a great midday meal for me!

I served my burger with a side of apple slices, carrots and celery and a big cup of cucumber water. 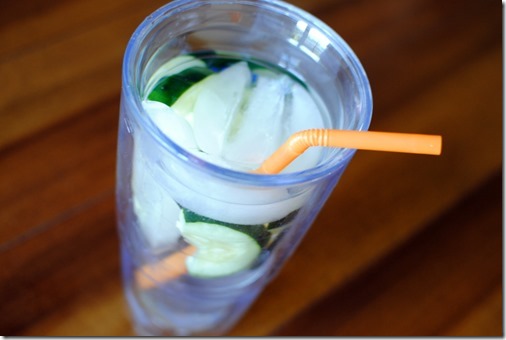 To continue on with the 10 Day You Challenge, it’s time to chat about four books!

Here are four books I currently have on my summer reading list: 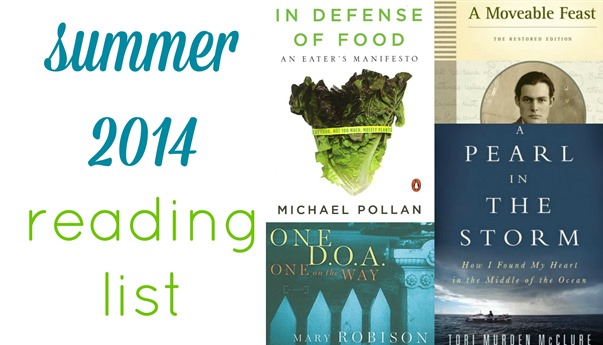 “In June 1998, Tori McClure began rowing across the Atlantic Ocean solo in a twenty-three-foot plywood boat with no motor or sail. Within days she lost all communication with shore but decided to forge ahead — not knowing that 1998 would turn out to be the worst hurricane season on record in the North Atlantic. When she was nearly killed by a series of violent storms, Tori was forced to signal for help and head home in what felt like disgrace. But then her life changed in unexpected ways. She was hired by Muhammad Ali, who told her she did not want to be known as the woman who "almost" rowed across the Atlantic. And at thirty-five, Tori fell in love.” – Amazon.com

“Enter Eve. Based in New Orleans, she’s a location scout for a movie production company and complacently married to Adam. "Now you know," she says. "Our names really didn’t bother me that much until the mail started arriving addressed to ‘Adam and Eve Broussard.’" He’s just been diagnosed with a grave illness and gone back to the palatial family home where his parents reside. It’s all just fine with Eve—or so she tells herself at the beginning. But standing left of center in this still-prosperous but mortally wounded family does not get easier as the weeks wear on. As she negotiates her way around the anger of Adam’s despised twin brother Saunders, maintains her friendship with his beautiful and volatile wife Petal, and protects what’s left of the innocence of her niece Collie, Eve finds more than the Louisiana heat oppressive. Effortlessly smart and deliriously unpredictable, One D.O.A., One on the Way will keep you guessing until the last page.” – Amazon.com

“Food. There’s plenty of it around, and we all love to eat it. So why should anyone need to defend it? Because in the so-called Western diet, food has been replaced by nutrients, and common sense by confusion–most of what we’re consuming today is longer the product of nature but of food science. The result is what Michael Pollan calls the American Paradox: The more we worry about nutrition, the less healthy we see to become. With In Defense of Food, Pollan proposes a new (and very old) answer to the question of what we should eat that comes down to seven simple but liberating words: "Eat food. Not too much. Mostly plants." Pollan’s bracing and eloquent manifesto shows us how we can start making thoughtful food choices that will enrich our lives, enlarge our sense of what it means to be healthy, and bring pleasure back to eating.” – Amazon.com

“Published posthumously in 1964, A Moveable Feast remains one of Ernest Hemingway’s most enduring works. Since Hemingway’s personal papers were released in 1979, scholars have examined the changes made to the text before publication. Now, this special restored edition presents the original manuscript as the author prepared it to be published. Featuring a personal Foreword by Patrick Hemingway, Ernest’s sole surviving son, and an Introduction by grandson of the author, Seán Hemingway, editor of this edition, the book also includes a number of unfinished, never-before-published Paris sketches revealing experiences that Hemingway had with his son, Jack, and his first wife Hadley. Also included are irreverent portraits of literary luminaries, such as F. Scott Fitzgerald and Ford Maddox Ford, and insightful recollections of Hemingway’s own early experiments with his craft. Widely celebrated and debated by critics and readers everywhere, the restored edition of A Moveable Feast brilliantly evokes the exuberant mood of Paris after World War I and the unbridled creativity and unquenchable enthusiasm that Hemingway himself epitomized.” – Amazon.com