Good morning and Happy Valentine’s Day!! I hope you all feel extra loved today because you certainly are loved by me! We don’t have anything too crazy on the agenda for today but I do have a small surprised planned to hopefully make Ryan smile when he gets home from work. Nothin’ fancy, but sometimes simple is the best, right!?

Before we’re off to eat way to many chalky-but-still-delicious candy hearts today, I wanted to hop on the computer this morning and share a recap of yesterday with you guys from beginning to end!

Ryan and I were both up just after 5 a.m. yesterday morning and while he headed into our mini home gym to row, I made my way downstairs into the kitchen to fix myself a bowl of triple chocolate protein oatmeal to enjoy along with my daily devotionals. The triple chocolate protein oatmeal never looks good in pics (especially when I make the microwave version) but it always tastes delicious, especially to a chocolate lover like me. 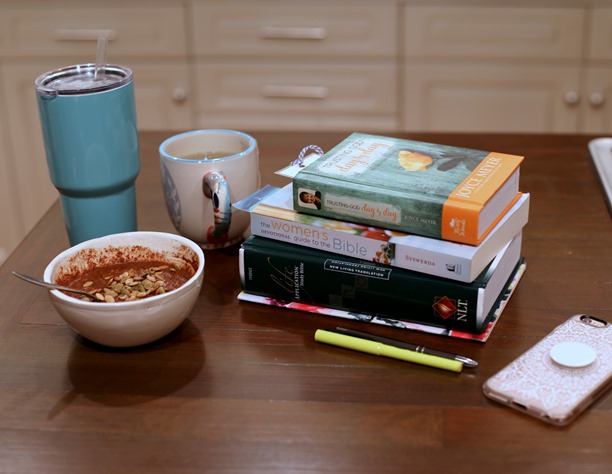 I managed to squeeze in nearly two hours of work before saying goodbye to Ryan and switching into mom-mode for the day when Chase woke up and began calling out to me from his room. “Moooom! The sun is up!!!”

We read some stories in his room before making our way downstairs for breakfast (a whole wheat pumpkin muffin for both of us) and then Chase saw me pull out the slow cooker for a little dinner prep and insisted on being my sous chef. We threw together everything we needed to start Pinch of Yum’s Queso Crockpot Chicken Chili and then made our way upstairs to get dressed and ready for the day. 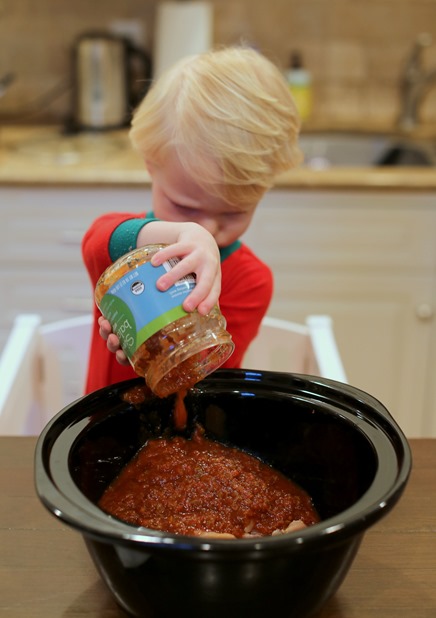 Up first on our agenda: Exercise! We arrived at Burn Boot Camp in time for a late morning workout and while I modified the heck out of this one, it still felt good to get out of the house, move my body and work up a bit of a sweat. 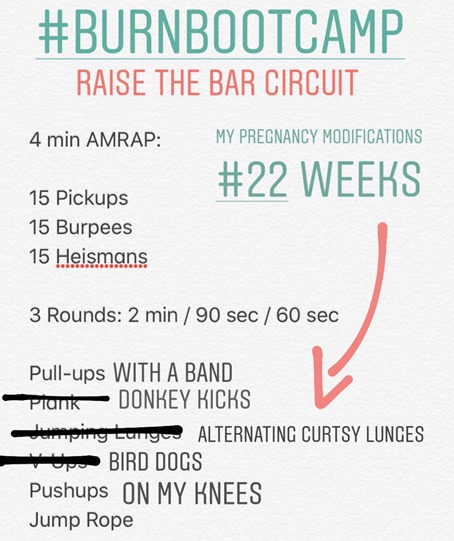 (The varied font and strike-throughs represent my modifications.)

After our workout, I had one mission for the morning: Get Chase a haircut! Ryan and I have been putting off a haircut for Chase for-ev-er because we actually love the way the longer length looks when it’s styled and parted… But it NEVER stays that way for more than 2.5 seconds since Chase doesn’t sit still for more than 2.5 seconds. Shorter hair was becoming a must because his bangs were getting in his eyes all the time and it was beginning to bug the heck out of me.

He was a champ at Snip-Its and we left with trimmed hair and a grape lollipop in hand. (Chase is all about purple everythinggg when given a choice these days.) Before driving home, we made a pit-stop at a local coffee shop to pick up gift cards for Chase’s two preschool teachers as a little Valentine’s Day surprise because they are just the best. I also ordered a decaf latte and Chase picked out a sprinkle macaron which made his whole day.

We spent the rest of our morning assembling Valentines for Chase’s preschool classmates and coloring cards for his teachers. 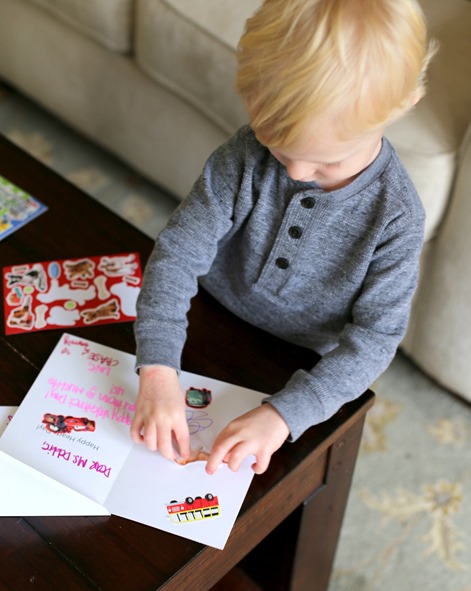 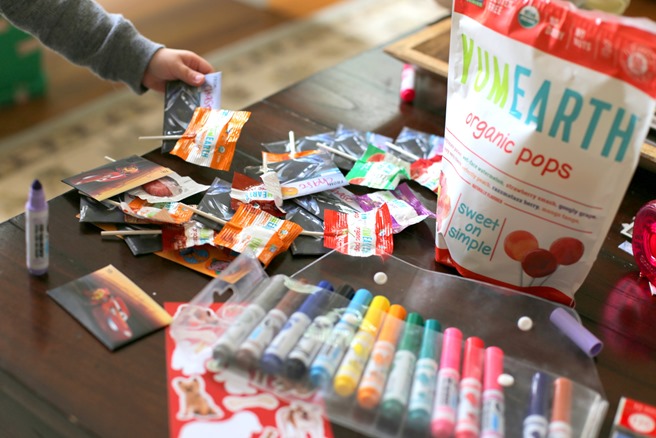 Chase got really into it thanks to markers and a wide variety of stickers. Eventually Chase went down for his nap after a quick lunch of half of a peanut butter and jelly sandwich, green beans (he loves the garlicky ones from Whole Foods’ hot bar) and apple slices. One he was settled, I began working on the computer which included getting a jump start on a future blog post and responding to time-sensitive emails.

Though I ate the other half of the peanut butter and jelly sandwich I made for Chase for part of his lunch, I was still quite hungry for a real lunch during Chase’s nap and reheated a bow of Thai coconut chicken soup to eat as I worked. 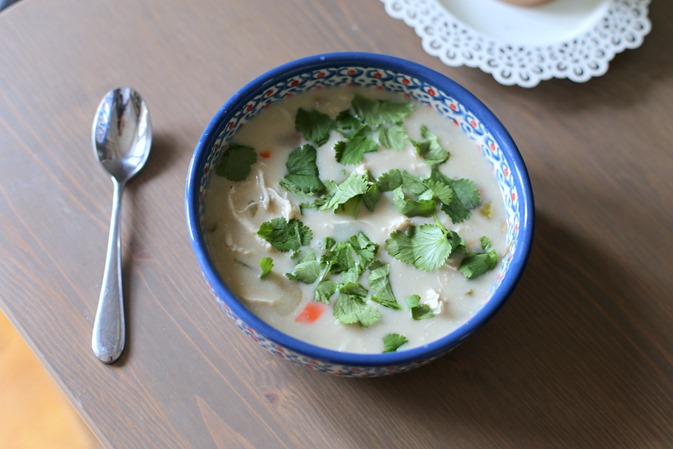 I swear leftovers save me almost every day! I also rounded out my lunch with a small bowl of Cinnamon Toast Crunch because I cannot stop with the cereal lately.

Once Chase was up, my friend Carrie and her two kids came over for about two hours for a play date. When I told Chase his BFF Lilly was on her way over when he woke up from his nap, he was so excited and we quickly assembled a Valentine for him to give to her, complete with a lollipop that of course Chase had to have, too. 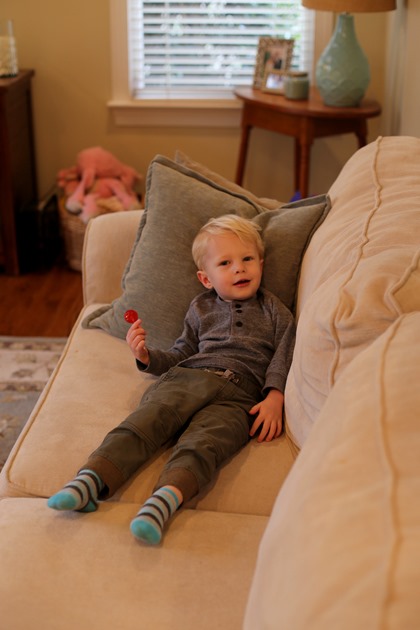 Chase and Lilly had a blast running around the house while Carrie and I caught up and snuggled her baby boy.

We said our goodbyes to Carrie and her crew a little after 6 p.m. and Ryan arrived home from work just before 7 p.m. After some indoor soccer and golf in our family room with Sadie and Chase (oh yes, Sadie gets very into our games), it was time for dinner.

Dinner came together in a flash thanks to the crock pot and we all loved the queso chicken chili which was no surprise since it’s the fourth time I’ve made it in three weeks. Clearly a winner for the Fagan family! 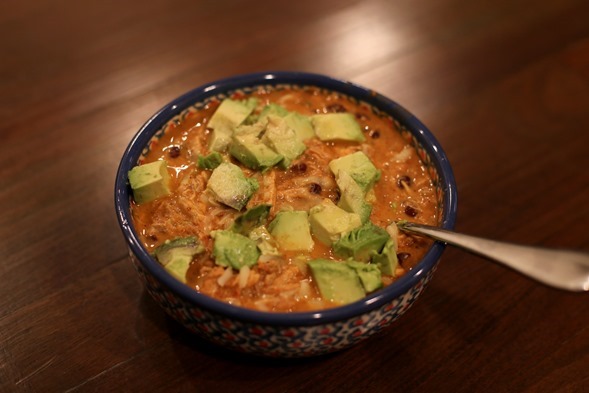 After dinner and Chase’s usual bed time routine, he was snuggled up in his crib which gave me and Ryan a chance to catch up and chat about our days. Before cracking open my latest book (errr.. turning on my Kindle) and eventually falling asleep, I also watched half of Monday night’s episode of The Bachelor and I am just noooot loving this season. I’m kind of bummed about it because I really liked Arie on Emily’s season but I am sticking with it because I accidentally stumbled upon some spoilers via Instagram and the ending of this season seems INTENSE. Drama city, here we come!

Before signing off for the morning, I want to, yet again, wish you a very Happy Valentine’s Day! I hope you all have a fantastic day filled with chocolate and love. Thanks for stopping by PBF today!