Navigation
Those of you who guessed that this afternoon’s sneak peek picture was a flashback look at Ryan’s hair get 10 points!

When Ryan and I first started dating he had long, shaggy, blonde hair. 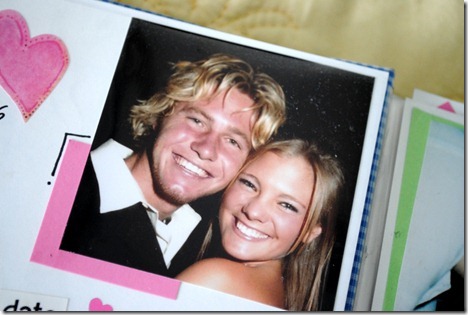 I typically gravitate toward brunette guys, so I was actually surprised to find myself very attracted to a blonde boy! Apparently my brunette preference held true, because under that mop of blonde was a brunette just dying to get out!

When Ryan had his blonde hair, people would tell us that we looked alike all the time. Because that’s not a creepy thing to hear…

Ryan’s grandmother had an ongoing offer to pay Ryan $100 if he chopped off his long hair. One day he surprised all of us and showed up at my parents’ house with a buzzed head without telling anyone what he was doing! 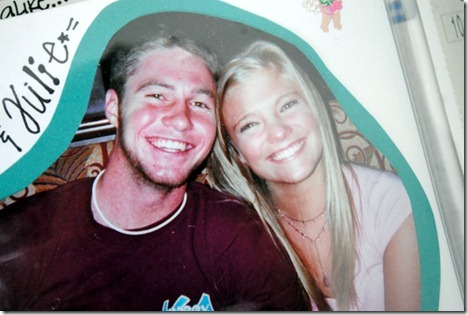 Apparently he wasn’t yet ready to part with his long, wavy locks, because before we knew it he had a head full of thick, brown hair. 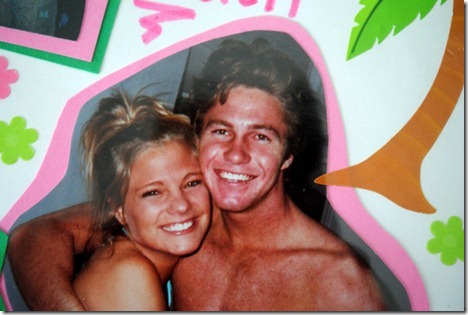 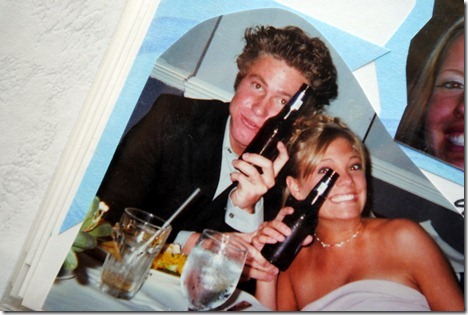 Now he keeps his hair nice and short and simple. 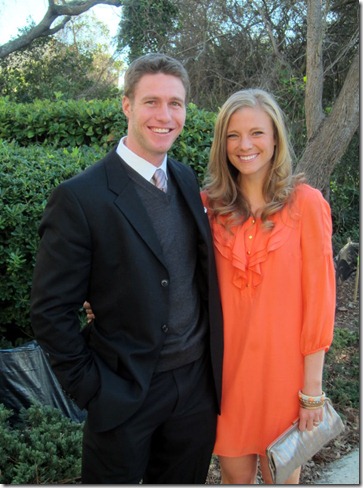 I find it oddly amusing that Ryan’s hair has seen more changes than mine. I’ve never dyed my hair and it’s been long and super thin my whole life.

Dinner tonight was quite simple thanks to freezer food.

I have a lot of packing to do tonight because I leave for New York tomorrow, so I wanted a quick and easy dinner. 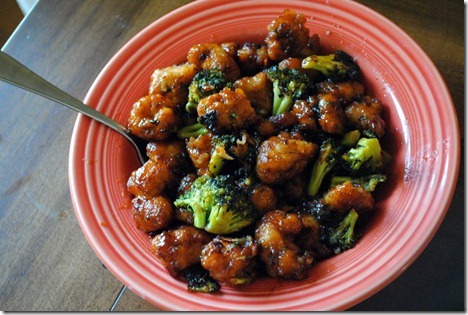 A few weeks ago I received a package of Crazy Cuizine authentic Asian dishes. I immediately put them into the freezer and forgot about them until tonight when I had an intense craving for Chinese food.

I followed the package directions and heated the General Tso’s chicken in a bit of canola oil on the stove top before adding fresh broccoli and the zesty ginger sauce packet to the hot chicken. 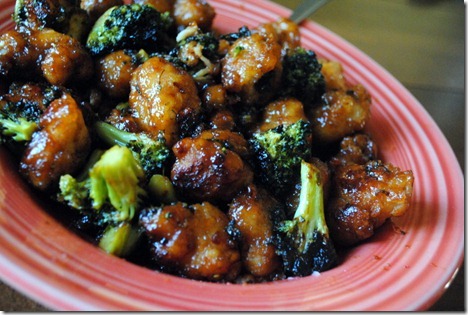 It was so, so good. Ryan and I couldn’t get over how much it tasted like takeout Chinese food. By nature General Tso’s chicken isn’t exactly healthy, but at least this dish was high in protein and free of preservatives and trans-fats.

I also ended up cutting up an apple to eat on the side because I wanted something sweet, nutritious and crunchy. Great meal!