Navigation
Hi friends! How are you doing? I hope you all had a great weekend! I spent a lot of my weekend on high alert because I didn’t want to miss any pictures, FaceTime calls or video uploads of my precious newborn niece. Oh and YES, she now has a name! 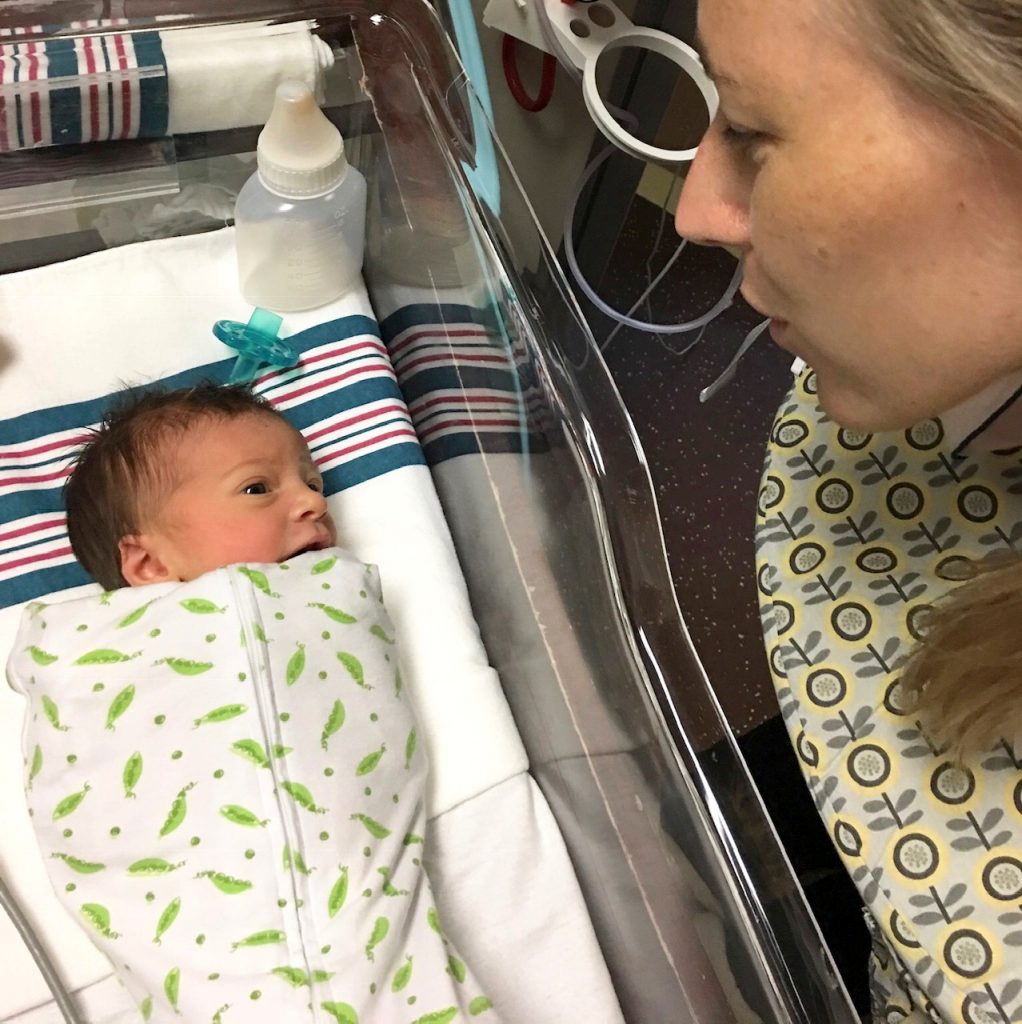 I am in love with this photo of Callie gazing up at my sister. You can tell she knows and loves her mama already!

Friday was a bit of a crazy day over here but it started off on a good note with a trip to the gym with Ryder and Chase. 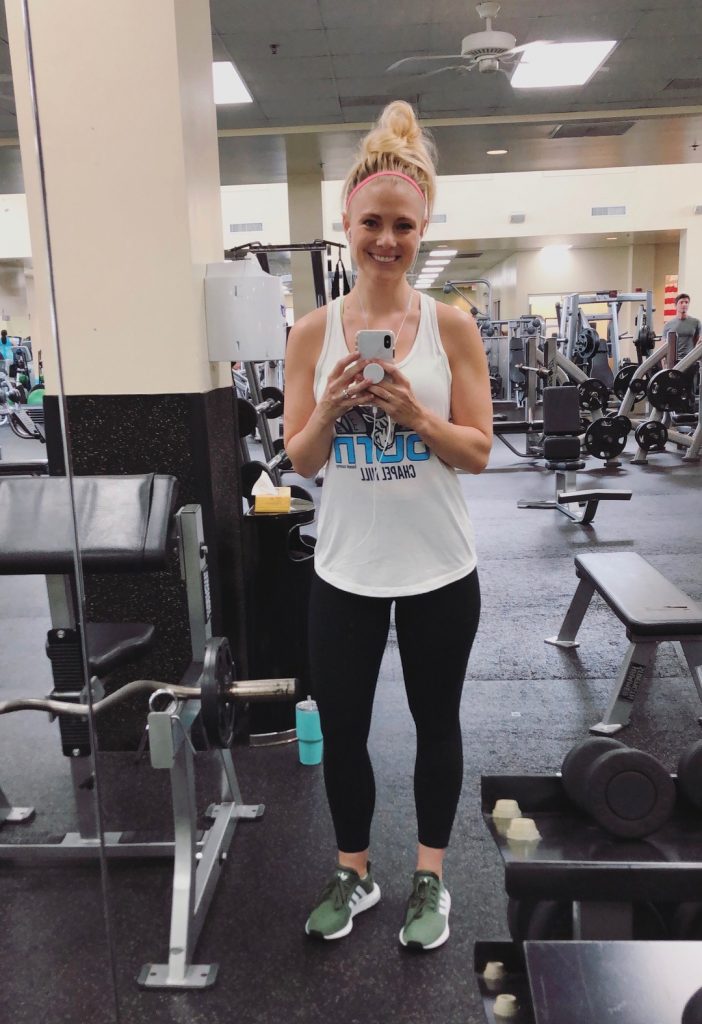 While the boys hung out in childcare, I hit up the weight room floor for a total body workout with an emphasis on chest and back exercises. 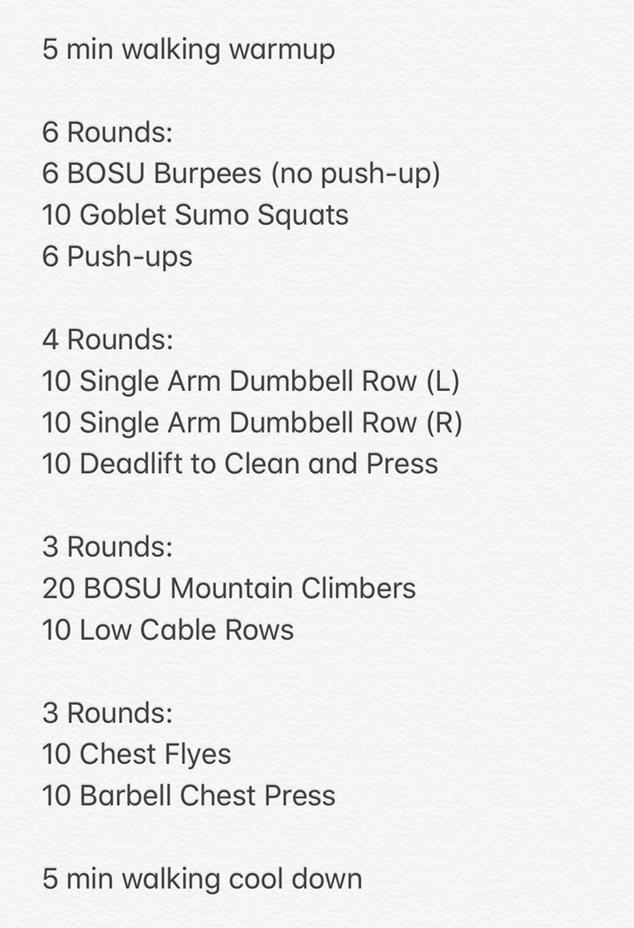 I almost opted out of the gym on Friday but knew I likely wouldn’t work out over the weekend and since I always feel better after a workout, I decided to go for it and I’m so glad I did. The rest of my day didn’t really go according to plan but the hour or so I had of “me time” at the gym in the morning helped me go into the day with a decent attitude. Endorphins are the best, I’m tellin’ ya.

I hoped to get a bunch of work done during nap time but I arrived home to a leaking ceiling and everything got put on hold. Apparently some kind of drain connected to our air conditioning unit was dirty and backed up due to excess water that wasn’t draining because of all the rainfall that came our way during Hurricane Florence. Well, we now have leaky water marks on the ceiling of our family room and guest room and all down the wall. Chase loves pointing out the “bumpy wall” now which is both funny and maddening.

Just curious — Do you guys also feel like when one thing goes wrong with your house/apartment/condo, more things inevitably follow? I try not to subscribe to the “when it rains it pours” mentality but when it comes to household issues, it sure does feel that way sometimes! Phew.

We spent our Friday night at home where Chase and I made a small “birthday cake” for Baby Callie. 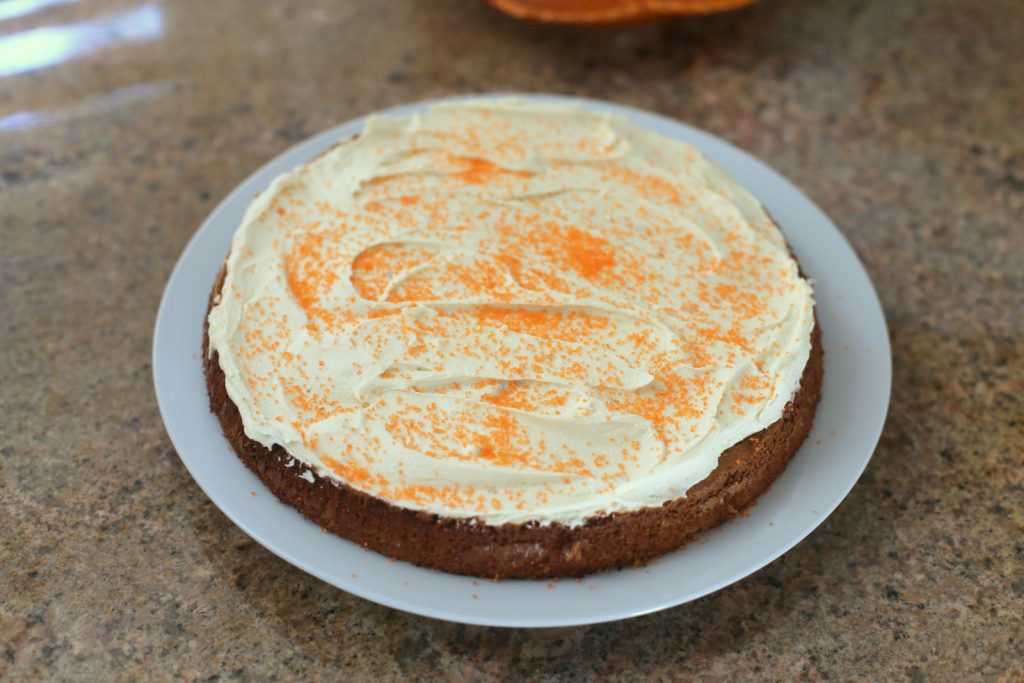 Chase doesn’t seem to understand what the word “cousin” means yet and just says “Aunt Leslie’s baby is out now” but he was more than excited about the idea of celebrating her birth with cake.

Saturday morning was a fun one! We had a birthday party to attend at a local trampoline park for one of Chase’s best friends and it was a blast watching a bunch of three-year-olds have a ball running, jumping and tumbling all over the place. 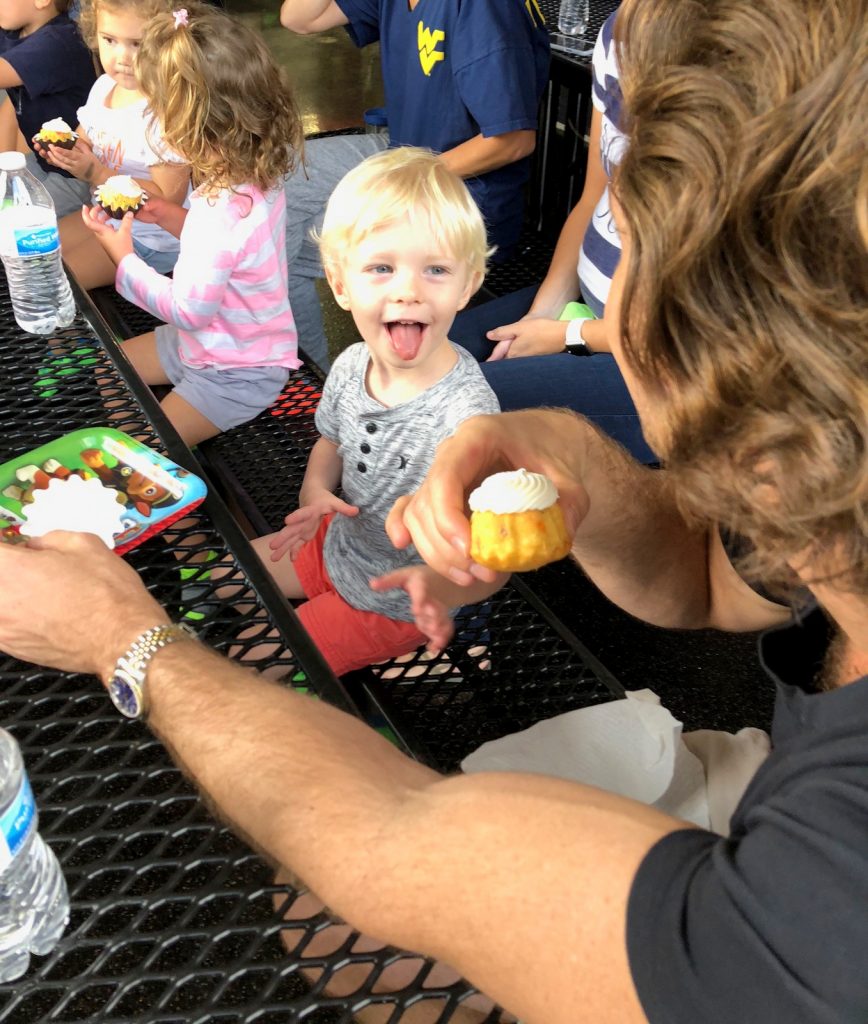 After the party, we made our way back home because Ryder was ready to nurse and nap. Chase went down for a nap as well (jumping all morning = nap time gold for a toddler!) and since I was feeling pretty darn lazy, I coerced Ryan into a game of Scrabble on the couch. 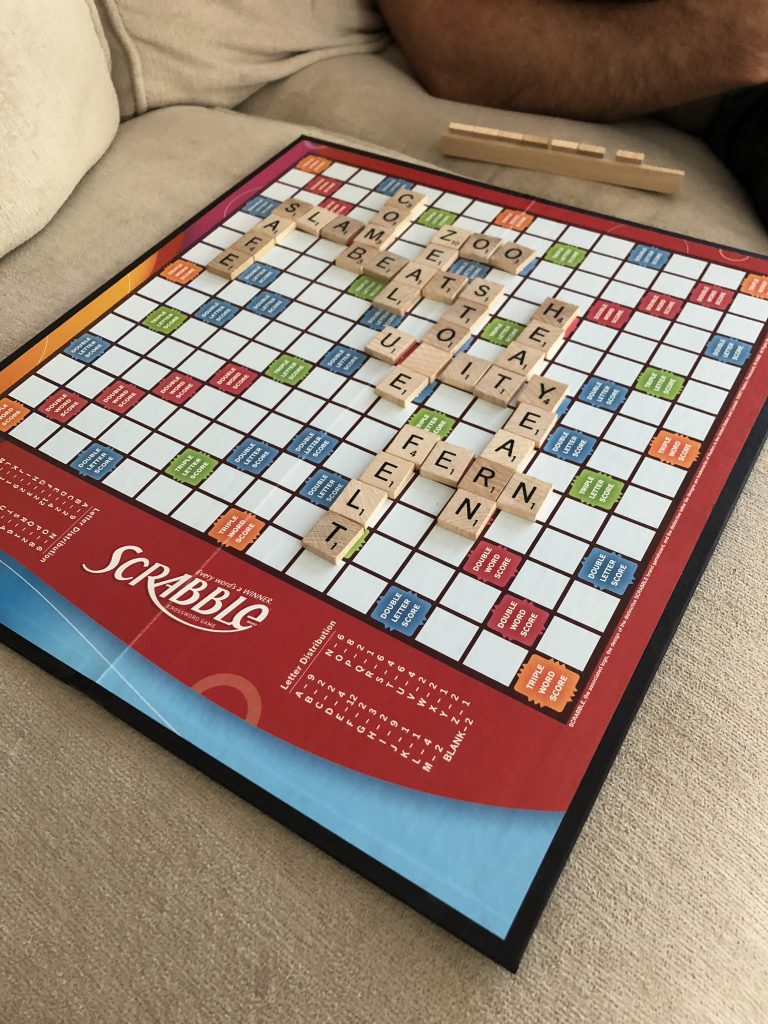 I’m sure many of you out there with kids can relate, but I truly have the hardest time sitting still and relaxing during nap time because I always feel like I need to be working or doing something productive around the house. It honestly felt like such a simple luxury to lounge and relax with Ryan and eat one too many gummy candies during nap time on Saturday. We need to do MORE of that!! (Well, maybe not the gummy candy part.)

After a short nap, Ryder joined in the fun as well! 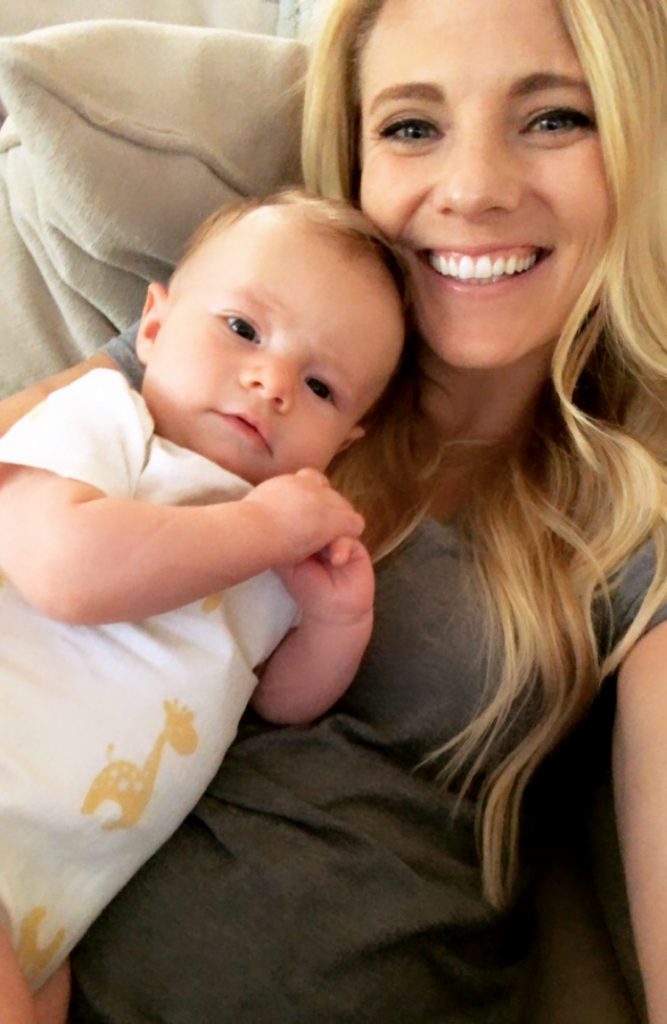 We spent the rest of our Saturday doing various odds and ends around the house. We managed to make it out to Lowe’s which meant Chase and I spent 20 minutes “driving” our tractors while Ryan and Ryder shopped. 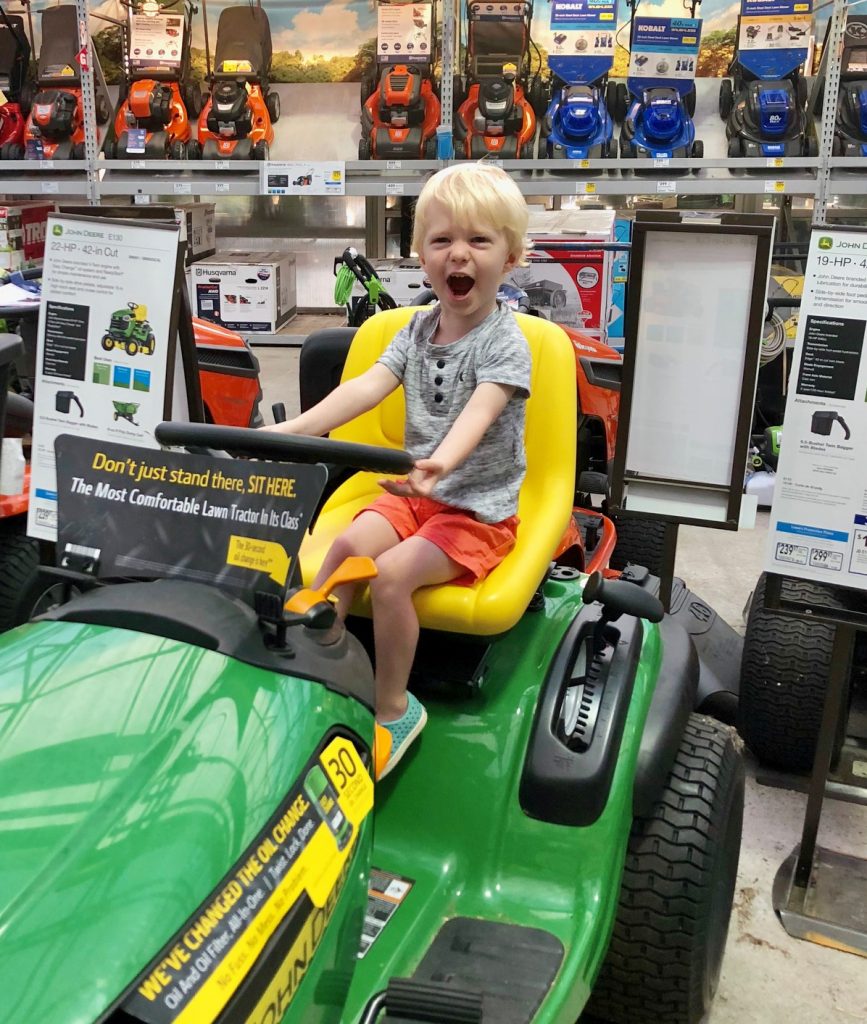 I swear the Lowe’s tractor section is Chase’s version of Disney World. Oh and while we were there, we perused the Christmas tree section and Chase was all-in which made me feel 10,000 times more excited than I already am for the holiday season ahead.

Before making our way home, we popped into Cowboy’s for burgers and picked up Jurassic World: Fallen Kingdom from RedBox which Ryan and I watched once we got the boys in bed.

I was up a lot in the night with Ryder (I’m beginning to think we’re quickly approaching the four month sleep regression) and began Sunday feeling rather sleepy. Coffee helped give me a little pep in my step, as did a great service at our church.

After church, our crew popped into Whole Foods for some groceries before swinging by the local boy scout troop’s pumpkin patch to pick up a couple of tiny pumpkins for Chase to paint sometime in the future. 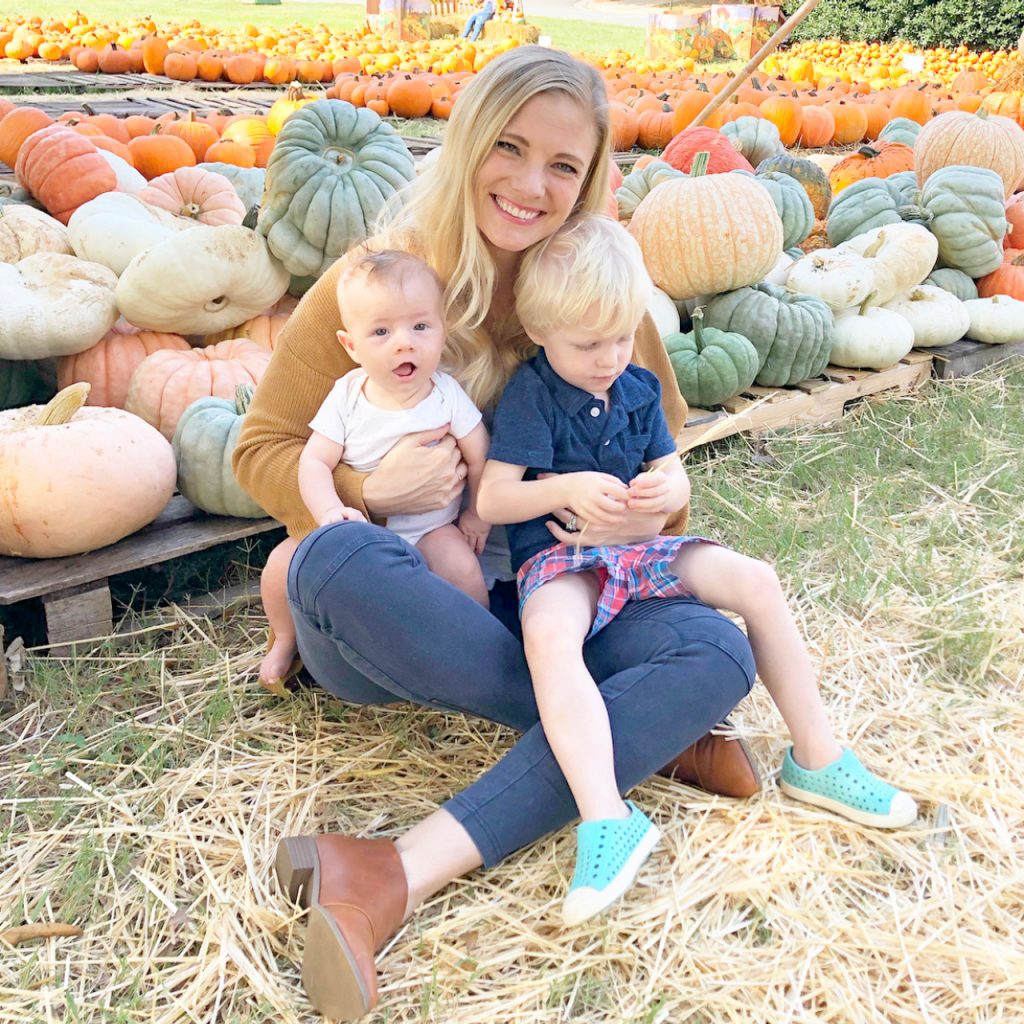 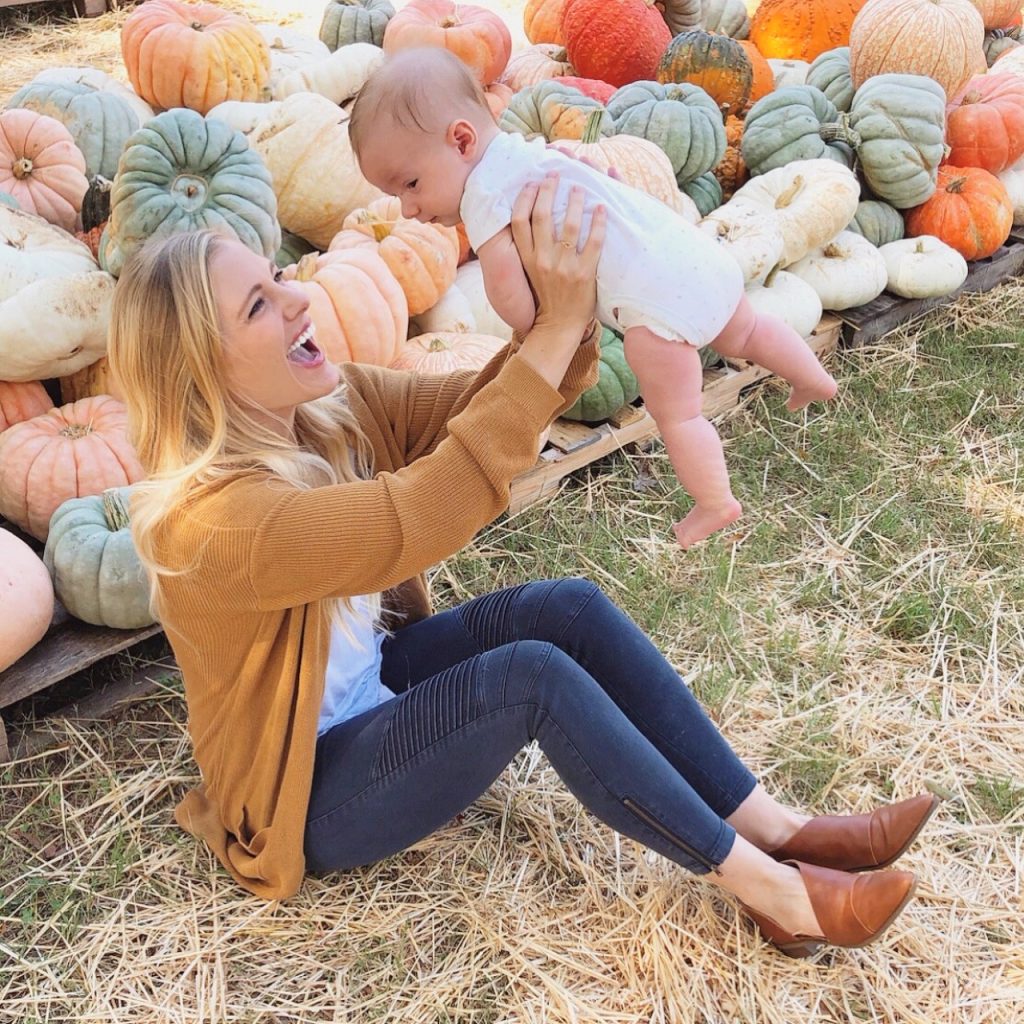 (Leggings: Ankle Zip Moto Leggings (the same leggings I fell in love with years ago and own in 4 colors) / Booties (Target’s dead-on knock-off version of the $200 Free People ankle booties I was coveting last fall) / Cardigan: BP Stitch Curve Hem via Nordstrom)

About 10 minutes after we arrived home, I went to grab my phone to text a friend and realized I left my phone and my whole bag at the pumpkin patch. Gah! While I handled getting Ryder and Chase fed and down for their naps, Ryan drove back to the pumpkin patch and thankfully my bag was there waiting. I guess if you’re going to forget your bag somewhere, a pumpkin patch run by a boy scout troop is a pretty great place to leave it! 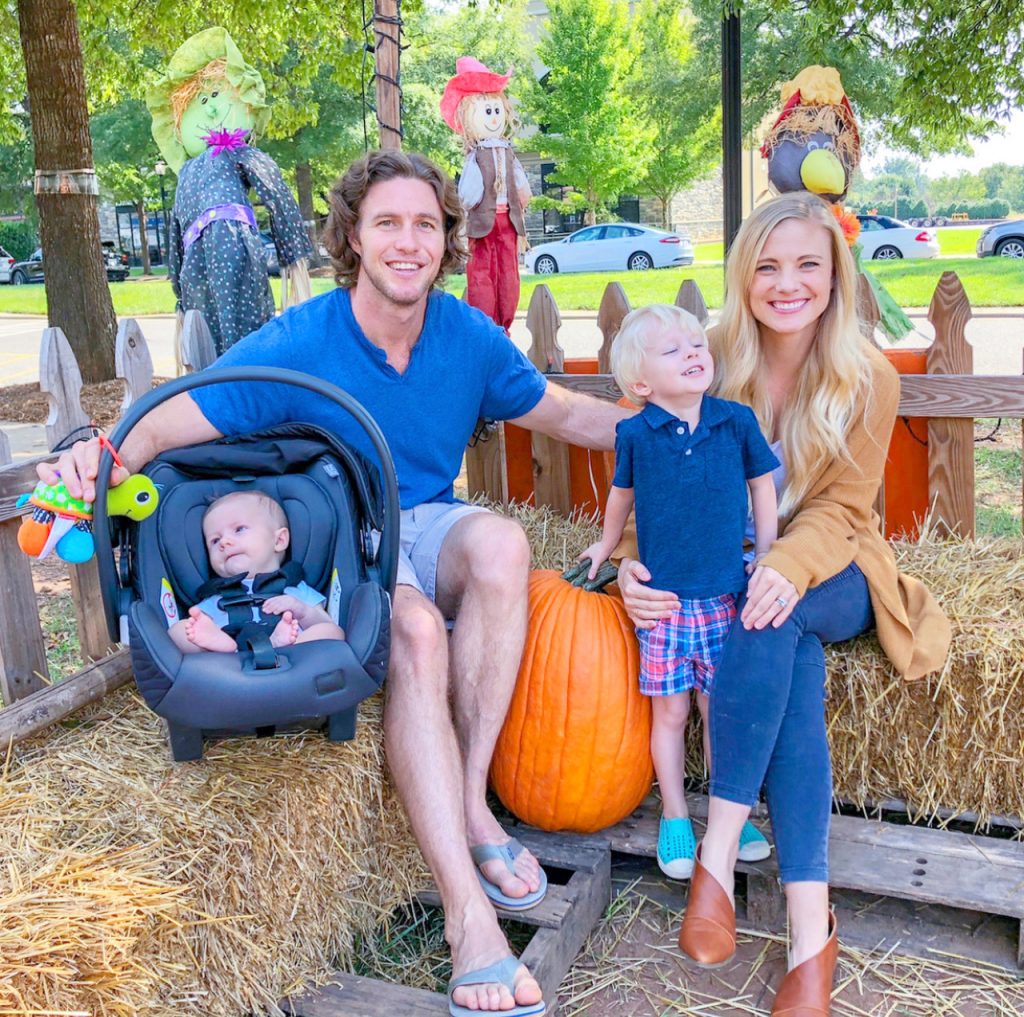 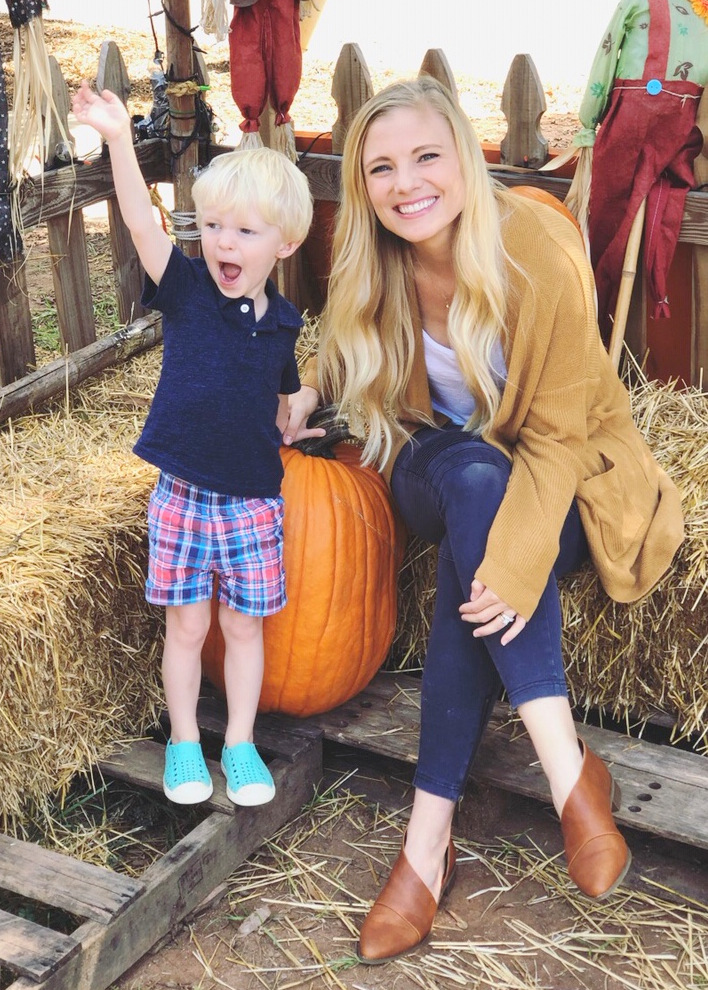 During nap time, I prepped a big batch of chicken pot pie soup and then joined Ryan on the couch to watch football which basically meant I worked on my laptop and ate some cookie cake. (Football super fan right here.)

Once Chase was up from his nap, we spent the rest of our evening at a small local festival. Ryan randomly stumbled upon it when he went to return our movie after he picked up my missing bag and we figured it might be fun to wander around and round out the weekend with some fresh air. 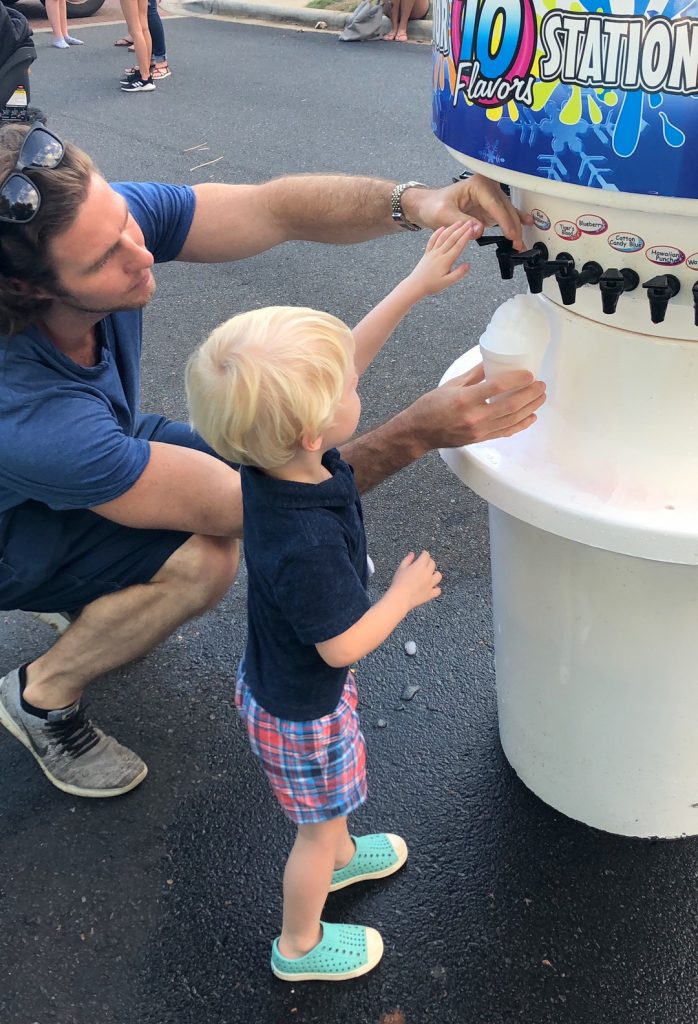 The week ahead should be a good one but I have my eyes set on Thursday because that’s the day we’re planning to pack up and head off to Florida to meet Callie and spend some time with my family. I am so ready for some newborn cuddles with my precious niece!! I hope you all have a fantastic week!