Today is going to be a pretty solid mix of work and play! First up: Work (that really felt like play)! My alarm went off at 5:30 a.m. and I drove to the gym to teach my 6 a.m. spin class. Today’s class ended up being all women which was fun and also a bit unusual since I usually have a pretty decent split of half men and half women. Apparently all the guys were sleepy this morning!

My rockstar women riders and I had a good time on the bike and when I was done, I stuck around for another 30 minutes to get some things set up for the day before driving home and picking up Ryan. I had to take him into work today since he cannot drive (he tore his ACL on his right leg, so driving is out for a little while) and after I dropped him off, I made a pit stop at Starbucks to redeem my free birthday drink coupon at Starbucks. 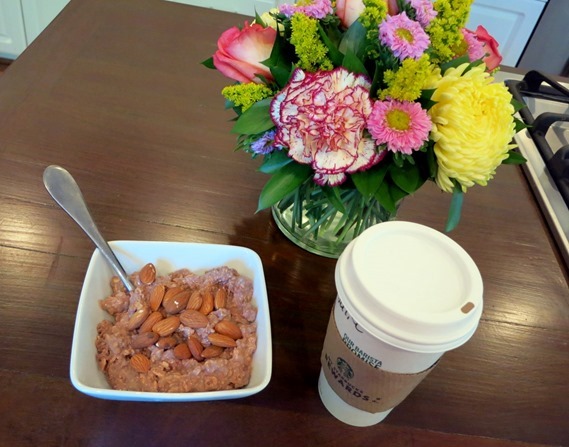 Aaand just because typing the above paragraph made me curious, I Googled “most expensive drink at Starbucks” and found this: 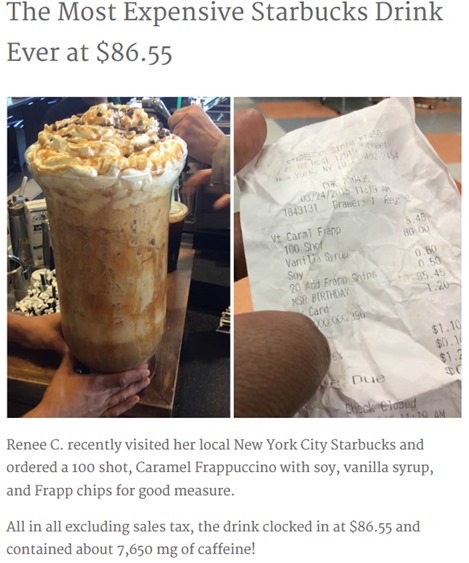 Don’t say I never taught you anything.

Like I said, today is going to be a solid mix of work and play!

Time to hop in the shower!