Late Friday afternoon I arrived in Amelia Island for the ZOOMA Florida Half Marathon. 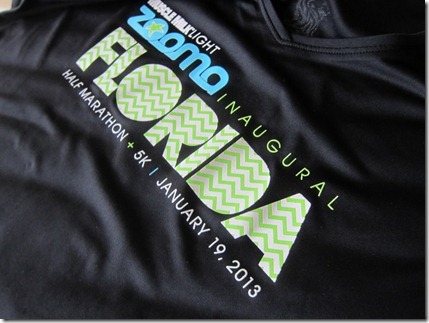 I traveled to the race as a member of ZOOMA’s Blogger Advisory Panel and finally got a chance to meet Tricia, Brae and Brooke, the three-woman team behind the race series. Yep, only three women organize the five races that take place around the country. I’m not sure how they find time to sleep!

The race expo and finish line party took place at the Ritz Carlton Amelia Island which was easily one of the most luxurious hotels I’ve ever stayed in. It was absolutely gorgeous and the service was unparalleled. 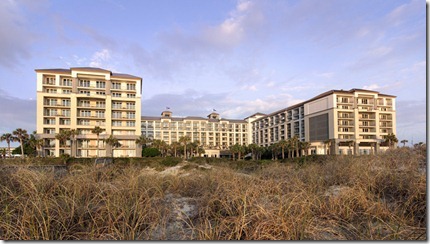 ZOOMA is all about making their races “girls’ weekend getaways” and I took that mentality to heart and had a great time with the ZOOMA women and blogging buddies! Right when I arrived, I ran into Caitlin from Healthy Tipping Point in the elevator! 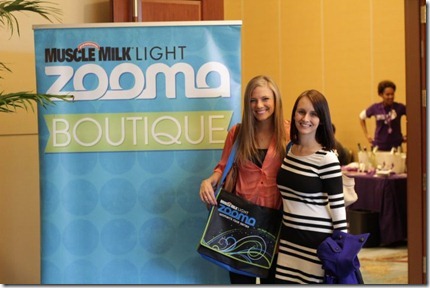 We were both set to speak during the expo and after I dropped off my stuff, we headed back down to the expo room to meet up with the women from ZOOMA and prepare for our talk. 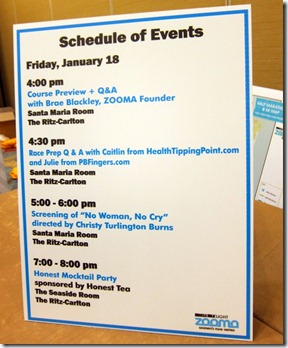 I was a bit nervous, but luckily everyone was really friendly and helped to make the presentation interactive which is what I was hoping would happen when we began talking!

Once we were done, we took some time to explore the expo, drink some Barefoot Wine samples and speak with the various vendors. 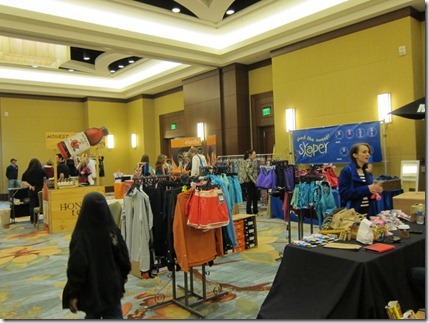 The expo was quite small, but the race itself is a “boutique-style” race with less than 700 runners, so it seemed fitting. The vendors brought lots of samples and I loaded up my bag with bottles of Hint Fizz sparkling water. As a sparkling water fanatic, I absolutely love the pop of flavor in Hint waters. I told them that I wish water came out of the tap tasting like their water!

After the expo, it was time for a mocktail party sponsored by Honest Tea. 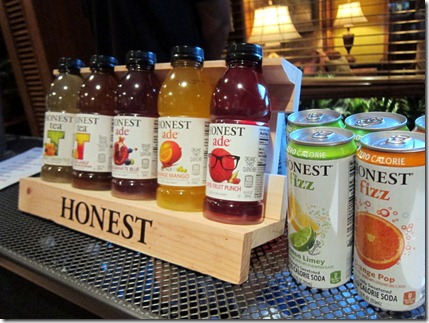 The party took place in the hotel’s Seaside Room, a cozy room that had a blazing fire roaring which added a lot to the ambience of the event. 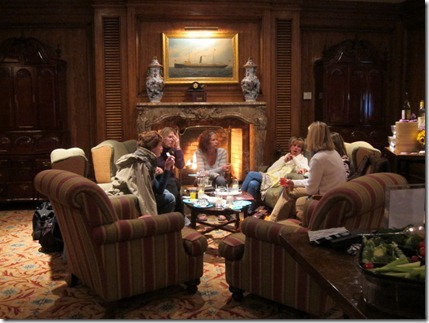 At the party, I was able to meet some of the other women running in the race and say hello to more blogging friends including a bunch of other ZOOMA blogger ambassadors. 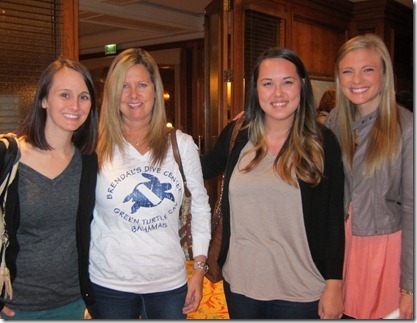 I’ll be back in a bit with a race recap! If you follow me on Twitter and Instagram, I think you already know it was a pretty darn good race for this girl.

I hope you’re having a great weekend!