Navigation
Good morning! On Monday I said I’d be back to share a little bit more about our weekend later in the week, so here I am! Today’s post offers a peek into the week so far in the form of eight random things… Some highs and some lows. I hope your Wednesday is off to a great start so far!

8 Random Things: A Peek Into the Week 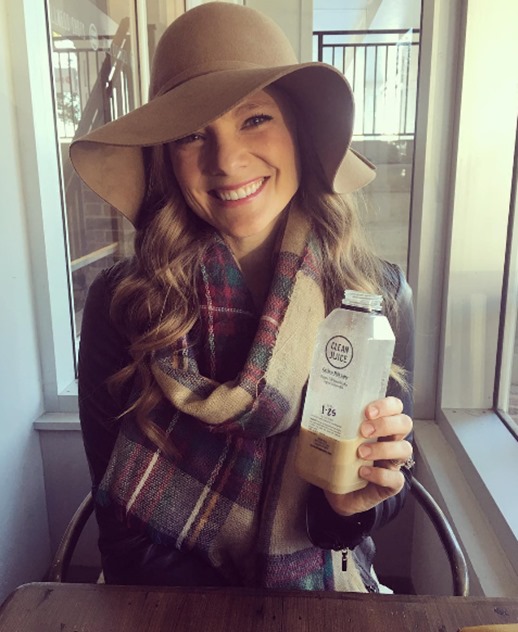 Early in the afternoon on Sunday, we headed out to Birkdale Village to do a little shopping and couldn’t resist popping into Clean Juice for a pick-me-up during our little adventure. If you happen to be local to the area and love coffee, you must try their cashew milk latte. It has the perfect amount of sweetness and spice and is deliciously creamy.

Also, for those who asked on Instagram, my hat is from the Brooklyn Hat Company though I ordered it from RueLala. (These hats are similar and less than $22: Women’s Floppy Hat + Mossimo Floppy Hat) My blanket scarf came from Zulily and the brand is Cocoa and Main but this $18 scarf from Etsy looks identical. 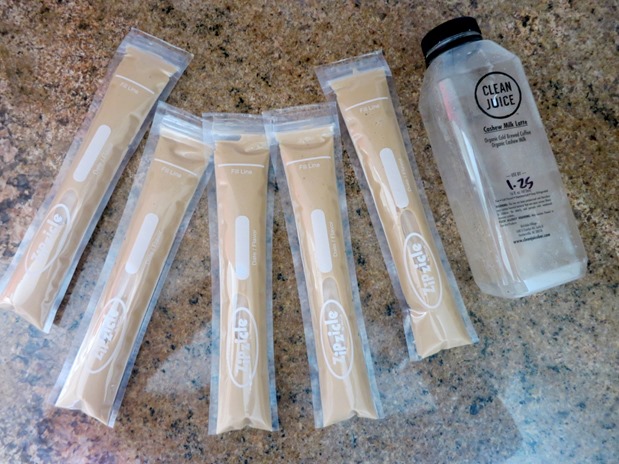 My mom and I bought a couple of bottles of the cashew milk lattes from Clean Juice to bring home with us to make into popsicles and they were fantastic! I kind of want to do this with other tasty drinks we find around town now! It felt like such a treat to dig into the freezer and pull a cashew milk latte popsicle out to enjoy on Monday afternoon. (I used the Zipzicle ice pop pouches my mom put in my Christmas stocking this year. Love ‘em!) 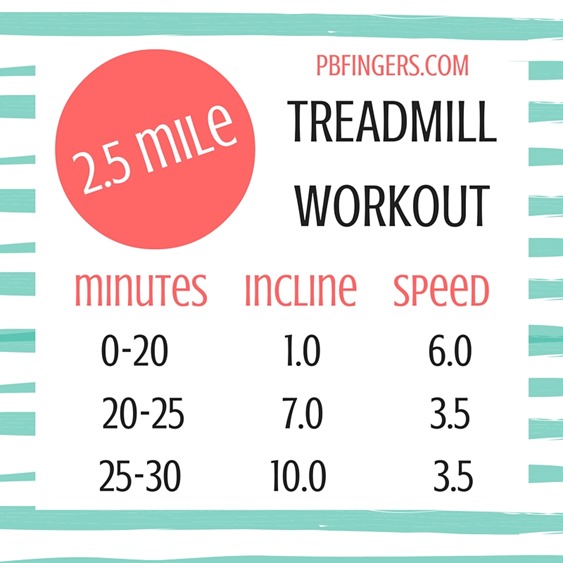 On Sunday, I completed an at home workout that incorporated both the above treadmill workout and a short kettlebell workout I saw Tina post on her Instagram account on Saturday. After two snow days, I felt a little stir crazy, so beginning my Sunday with a sweaty workout felt great. 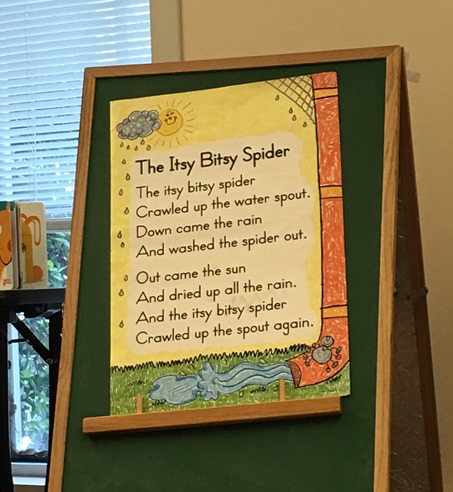 Late Monday morning, Chase and I ventured out to the local library for our first story time with a few friends. I found the story time online after I looked up children’s programs at the library and was so excited to see a story time available for babies up to 17 months old. Part of me assumed story time for kids wouldn’t begin until they were a bit older, so it was a pleasant surprise to see a story time catered to little ones. We had a lot of fun singing and playing with our babies and it was especially nice for me to hang out with some of my new mom friends as well.

Monday morning’s story time was followed by a bit of a scary event. As I was coming down the stairs with Chase after he awoke from an afternoon nap, I tripped over the final two steps and fell with him in my arms. It was so scary. It was almost like I fell in slow motion. I felt fear rush through my body as I held Chase with both arms and crashed to the ground, completely twisting my ankle in the process. It was SO incredibly painful but it could have been so much worse. Chase wasn’t hurt at all but I was stuck on the floor with him in my arms for a while as I waited for the pain to subside (and accepted billions of kisses from Sadie when she found me on the floor).

This may sound weird, but I’ve had a fear of falling down the stairs with Chase ever since he was born and try to be so careful. I am so grateful we only fell a short distance and that he was completely unharmed and I just had to share this here as a reminder to walk down stairs with extra care when you’re carrying a little one. I gave Chase a million kisses after our fall even though he clearly had no idea something so scary happened. I am still counting my blessings that my sweet baby boy is okay.

I am currently walking around our house like a pirate, dragging my right foot behind me, and I’m hoping it heals enough for me to put pressure on it before my trip to Denver on Friday. Ouch!

After hearing way too much about this show, we finally caved and started watching it on Saturday night. We are now officially ALL IN on this show and I cannot help but read every article I happen to find about it now that we’re almost done. Anyone else totally hooked on this show? I do believe Steven Avery is innocent, even after I’ve read some articles that address aspects of the trial that were not covered by the series, and I also cannot help but have some seriously strong opinions about the lawyers in the case. (I cannot stand Ken Kratz and I love Dean Strang and believe he truly does have a passion for justice and fairness.) Thoughts? 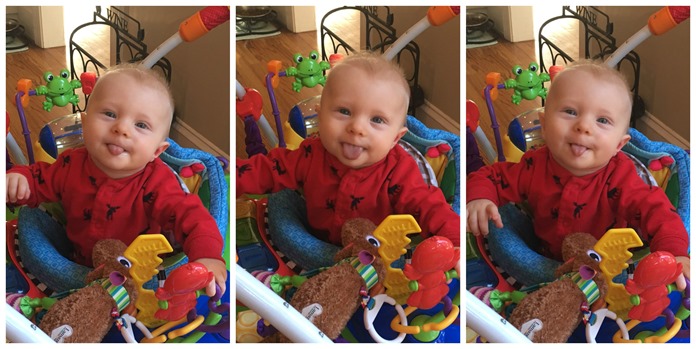 This week Chase apparently found his tongue and cannot stop sticking it out! It makes me laugh every time I look over at him and see him sticking out his tongue over and over again. Bless babies and their ability to make you smile at the simplest things! 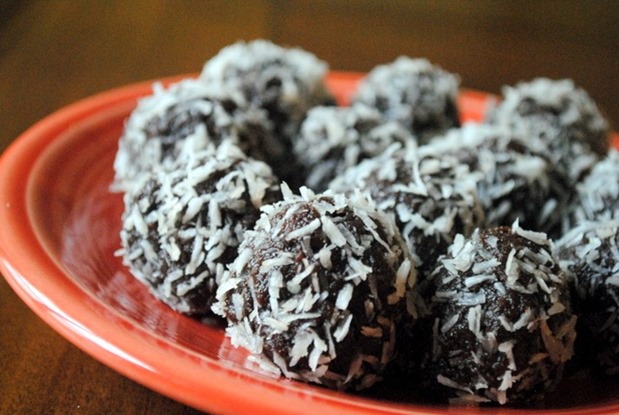 I made a batch of these healthy brownie batter truffles on Sunday afternoon and they were gone by Monday night. Can’t stop, won’t stop. They’re made with four simple ingredients (walnuts, dates, cocoa powder and unsweetened coconut flakes) and are gluten-free and vegan. They’re easy to make and they really do taste like brownie batter!