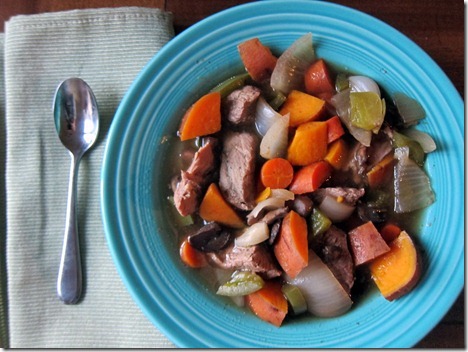 I made beef stew by following a recipe I found on AllRecipes.com. Though the recipe called for a few veggies, I added a bunch more and chopped up sweet potatoes, green peppers, mushrooms, carrots and an onion to include. 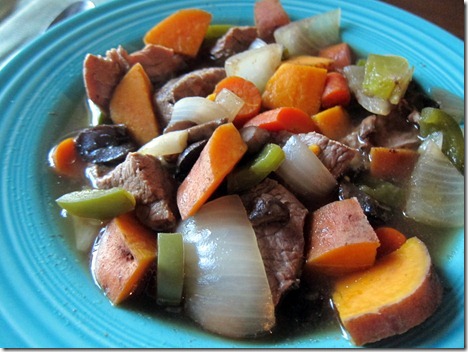 It was veggie-packed and delicious!

Breakfast this morning included a bowl of steel cuts oats prepared on the stovetop with egg whites, half of a banana and pumpkin pie spice. I was a little heavy handed with the carton of egg whites, so the oats were a little fluffier than I meant for them to be, but still quite tasty! 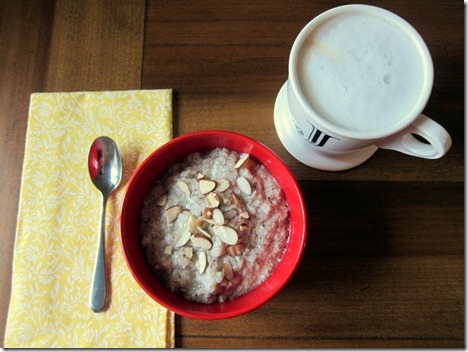 I also made a hot cup of coffee to sip on the side. 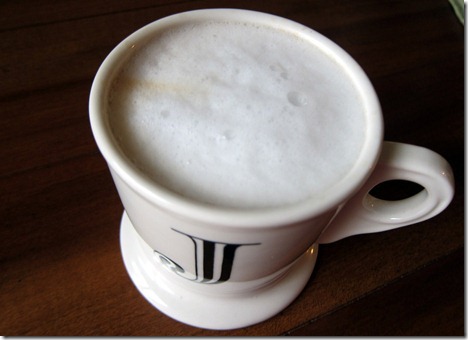 Last weekend I bought a small bottle of NuNaturals pure liquid vanilla stevia from Earth Origins in Ocala. One of my girlfriends is in love with this stuff and encouraged me to try it out in my morning coffee. She promised me it was on par with Starbucks vanilla syrup! 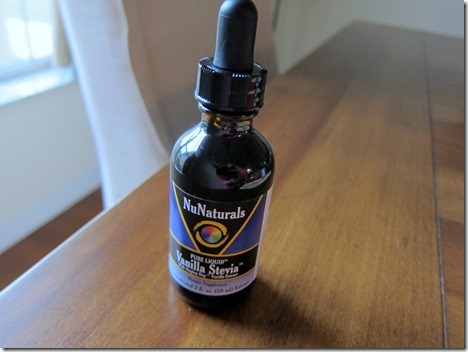 While I wouldn’t compare it to Starbucks vanilla syrup, I really liked it a lot! I added a few drops to the bottom of my coffee mug before pouring in Godiva peppermint crème coffee and topping it off with frothy almond milk. It added a touch of sweetness without a weird aftertaste. It’s pretty darn expensive, so I’ll be rationing my use of the stuff, but I liked it!

I like to add vanilla almond milk to my coffee but I prefer my tea without anything in it. Sweet tea gives me the heebie jeebies. Clearly I wasn’t born and raised in Florida because sweet tea is a staple around here!