Navigation
After a way-too-wordy recap of our Saturday, I’m pack with a peek into our Sunday. I’ll try not to turn this one into a novel!

Our Sunday was rather chilly to start – in the low 50s – but the sun was shining, so we had high hopes of spending most of the day outside. Before playtime officially began, we ate waffles for breakfast and headed off to church with Chase dressed in his Sunday best. 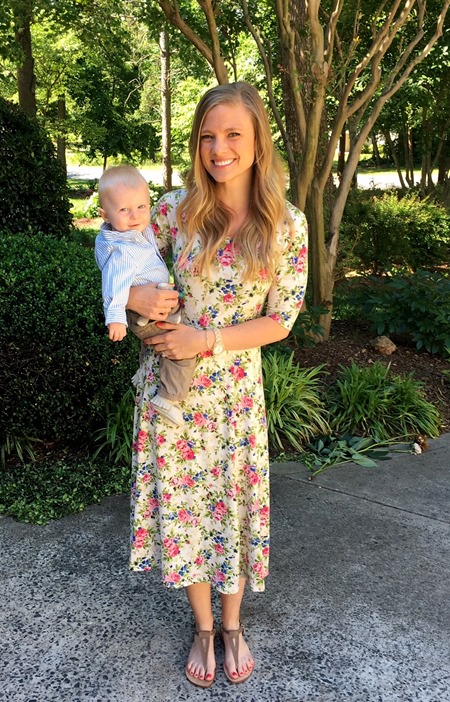 The first time we dropped Chase off at childcare at church, we had him in his dinosaur pajamas and plopped him down next to a boy his age who was all dolled up and sporting a tie! So we spiffed Chase up a bit for Church Childcare: Round Two so he wouldn’t be embarrassed of his footie pajamas this time. 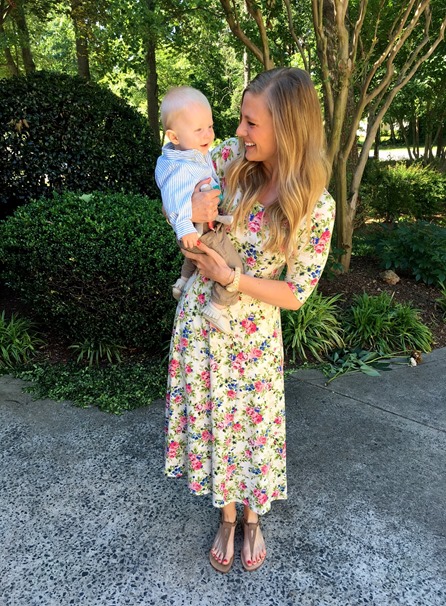 After church and Chase’s morning nap (which I used to type up yesterday’s blog post), we were ready to get out of the house and enjoy the sunshine. We leashed Sadie up and drove over to a local park to walk along the greenway behind Birkdale Village in Huntersville. 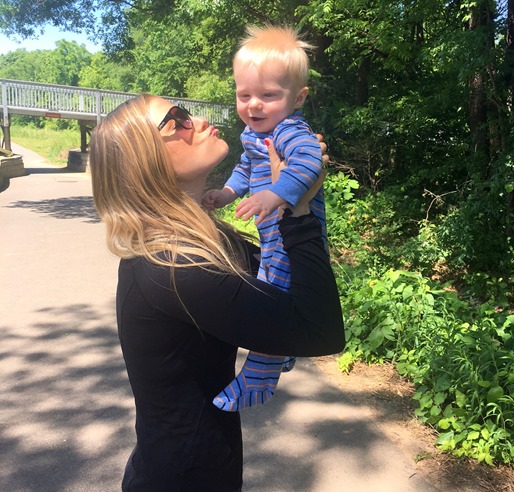 (Love that fluffy blonde hair so much!)

Ryan, Sadie and I used to walk this greenway every single day when we were living in our temp housing when we first moved to North Carolina in the summer of 2014. (<— I love how that blog post called it our “30 Day Home” when, in reality, we ended up living there for three months!) 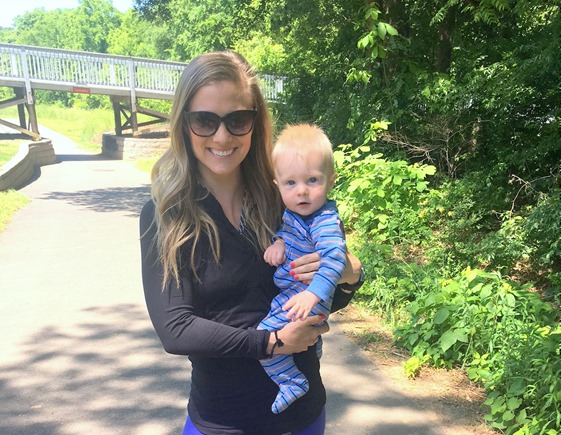 The greenway pops up at Birkdale Village and we’ve always loved this area because it’s bursting with energy. There are so many shops, restaurant and things to explore there, including a splash pad in the summer which I cannot wait tolittle use with Chase when he’s old enough to enjoy it!

We stopped for a quick pick-me-up at Clean Juice. 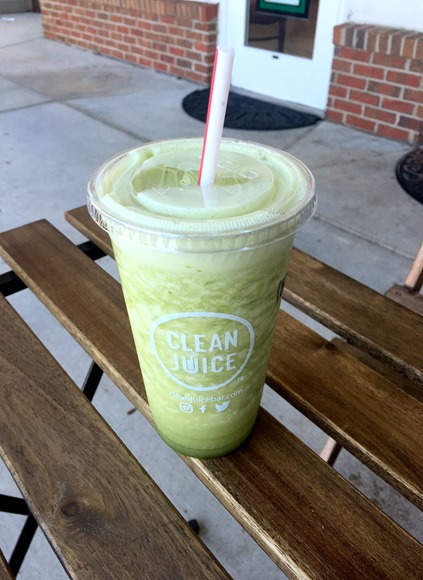 We took advantage of their new spring menu and each ordered The Longevity One, a juice made with pineapple, spinach, apple, ginger and coconut water. It was incredibly refreshing and my favorite juice I’ve ordered from Clean Juice to Date.

Sadie clearly wanted a sip of Ryan’s juice, too… 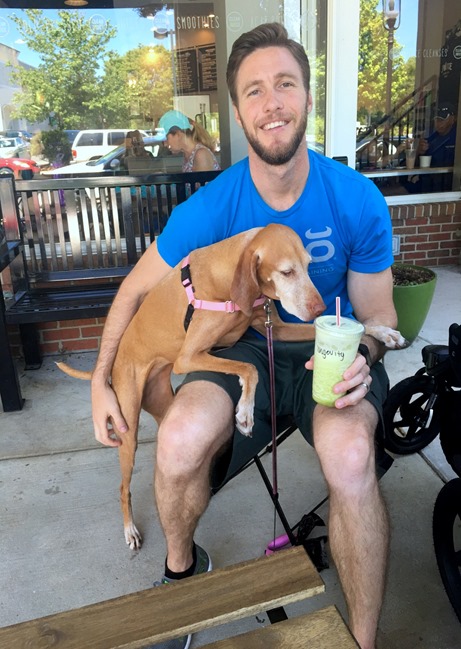 Once we made it home, we figured Chase would be tired but he apparently found a second wind and shocked us by crawling one tiny pace!!! I’m pretty sure Ryan and I were the definition of first-time parents because we absolutely freaked out. We clapped and cheered him on as he kept propping himself up on all-fours. He’s so, so close to crawling and we can see the determination (and frustration!) in his face as he tries again and again. Way to go, bud!

Eventually exhaustion set in and it was time for bed for our little dude, so after I nursed him and put him down, I headed out to the grocery store to shop for some food for the week.

Here’s a look at our meal plan this week:

I am pretty psyched because my sister and one of her coworkers will be traveling to Charlotte this week and staying with us Wednesday and Thursday night! (Leslie will actually be staying through Saturday afternoon. Woo!) After Christmas, I did not see my sister for nearly four months, so it feels like such a treat to see her three times within the past month. Bring on the quality sister time!

Hope you guys have a great week!