Navigation
Good morning! How are you guys doing? I hope you all had a great weekend! Our weekend was a good one thanks, in large part, to the absolutely gorgeous weather we had in Charlotte. It was sunny and not too hot, a stark contrast to this time last year when record highs started popping up and continued throughout the summer. (I joked that we had record high temps in Charlotte last summer solely because I was pregnant and could not stop sweating.)

The weekend fun began early Friday afternoon when Alyssa, one of my favorite blogging friends, stopped by our house with her boyfriend. They were heading into the city for Alex’s friend’s wedding this weekend and were kind enough to spend a few hours with us on Friday! (Sadie was psyched!!!) 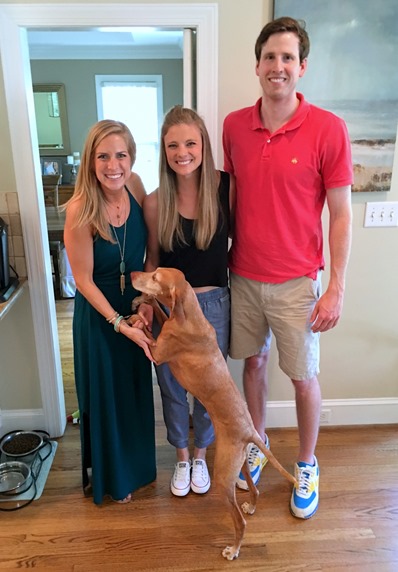 It was great to meet Alyssa’s boyfriend (they are ridiculously adorable together) and I also loved introducing Alyssa to Chase and Sadie for the first time! Alyssa came to Charlotte from Virginia for my baby shower last summer but wasn’t able to make it to a BBQ we hosted for friends afterward, so this was her first time meeting the rest of the Fagan gang. 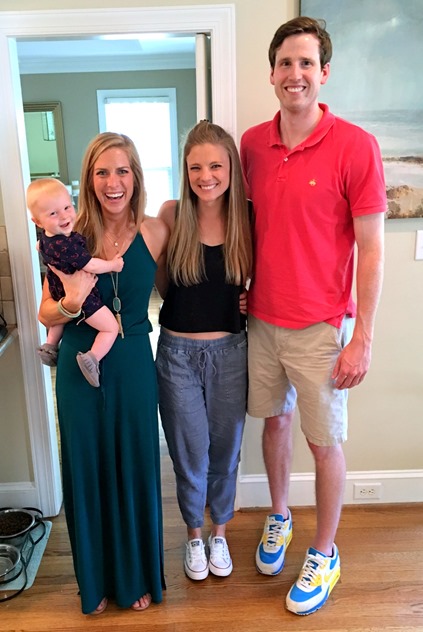 As you can tell from Chase’s face, he was quite smitten with her!

Whenever Alyssa and I get together, I’m pretty sure we hardly breathe because we talk so much and we’re really hoping to plan a fun weekend together this summer. My fingers are crossed it all works out because Alyssa and Alex are a blast and a half.

In the nine month baby recap I shared early last week, I mentioned that we were going to try our hand at (re)sleep training Chase and fortunately we had a lot of success. After two not-so-fun nights, he seemed to find his rhythm again and slept through from his dream feed at 10 p.m. to 6 a.m. which was such a blessing. I still woke up at 4:30 a.m. because my mom mind seems to be conditioned to waking up for feedings around then and I tossed and turned until I eventually fed Chase and got up. Chase actually went back to sleep right away after his 6 a.m. feeding, so I used the free time before my 9 a.m. workout class to work in my office and eat a couple of slices of my favorite frittata for breakfast.

Saturday’s Burn Boot Camp workout was a cardio scorcher and after a week of mostly heavy strength training (my favorite), it felt good to work up a serious sweat. 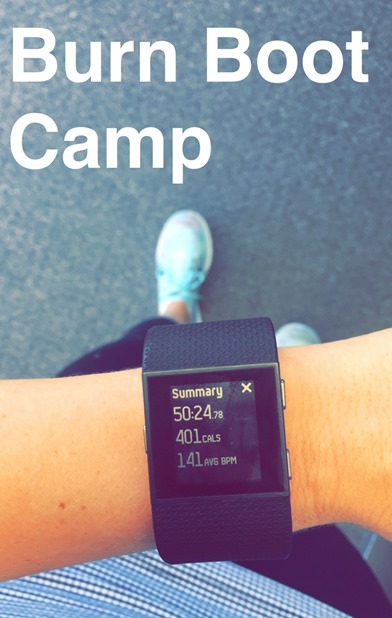 By the time I made it home, I was ready for a snack and whipped up an egg white and oatmeal protein pancake, which was my go-to morning snack of the week last week. I seem to get into patterns with my food choices and this one recently made a resurgence in my life, along with an afternoon green smoothie snack. We’ll see how long they stick! Probably until I find something new to be obsessed with and make on repeat…

I spent the rest of Chase’s morning nap working on the computer until he woke up and Ryan and I headed off to Chase’s swim lesson!

Chase and I usually go to swim lessons during the week but two weeks ago, I had to reschedule his normal lesson after I had a mole removed at the dermatologist and couldn’t get in the water on the day we normally go to swim. (Friendly reminder to get your skin checked regularly!) It actually worked out well because Ryan got the chance to take over and be Chase’s buddy during swim class on Saturday! 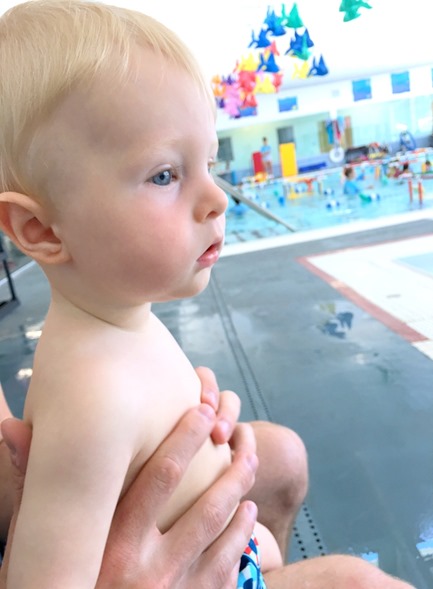 I wasn’t sure how Chase would respond to swim lessons at first but he absolutely LOVES the water. I look forward to taking him to swim class all week because I know he’s going to have an absolute blast. He kicks his legs and splashes like crazy and it’s so clear to see that he’s loving every minute of it. I’m also shocked at how well he responds to having a light stream of water poured over his head and how strong his little grip is on the wall of the pool when we practice safety skills.

Of course I told all of this to Ryan and totally talked it up, so wouldn’t you know that 90 seconds into Saturday’s swim lessons, Chase started crying. 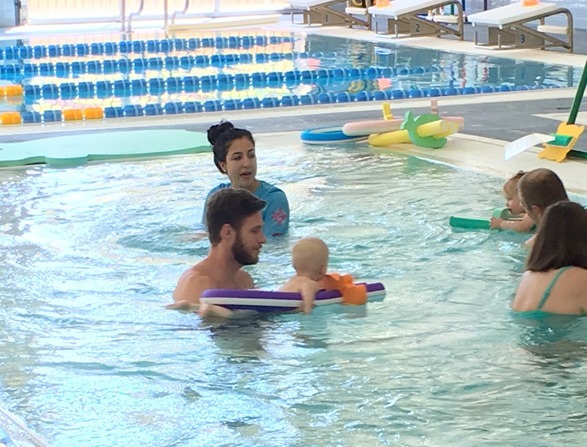 I quickly realized I was the problem… I was sitting on a bench too close to the pool so Chase could see me and cry and cry. I dashed into the indoor observation area to watch the rest of the class behind glass where I was hidden from Chase and that seemed much better. (All the pics of Ryan in the pool with Chase were snapped from the observation area, so I apologize for the graininess.) 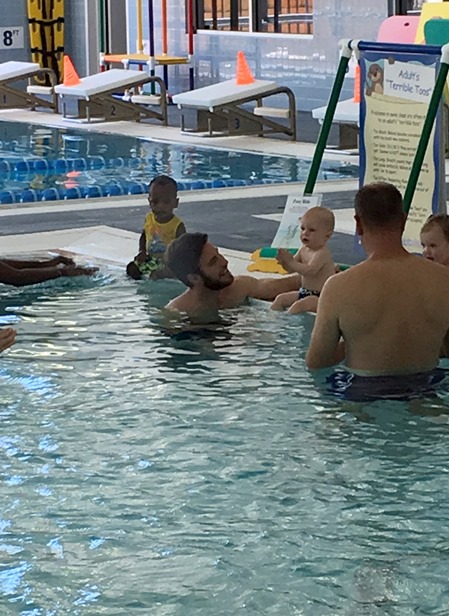 Though Chase does seem to be in a bit of a “Mommy” phase right now, on the way home from swim lessons, I told Ryan I think Chase has the same herding mentality Sadie does and likes all of us to be together. When Ryan gets home from work, holds Chase and then tries to give him back to me so he can head upstairs to change, Chase will often start crying. He isn’t ready for Dad to leave, even if it’s for 2.5 seconds to change clothes. Chase does much better if he can’t see someone walking away/leaving. We have to do the “surprise sneak away” right now!

Once we arrived back home, Chase was exhausted and napped for almost two and a half hours. Apparently swimming and crying will really tire ya out! After he awoke and I nursed him, we headed out to Brittany’s daughter Kaitlyn’s second birthday party! 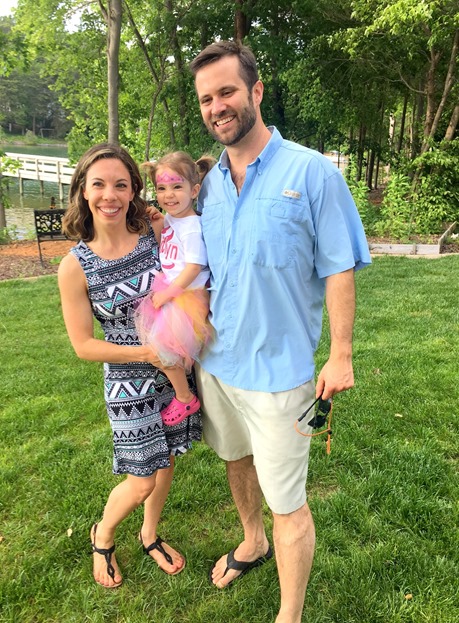 I was excited to celebrate Kaitlyn, especially since the first time I met her was on the Fourth of July, right after we moved to North Carolina, when Kaitlyn was just under two months old! (By the way, now that I’ve been through the first few months with a newborn, I told Brittany I truly cannot believe she hosted a bunch of people for a Fourth of July party when Kaitlyn was under two months old. I’m pretty sure my biggest accomplishment at that point was making it to season four of Grey’s Anatomy.) 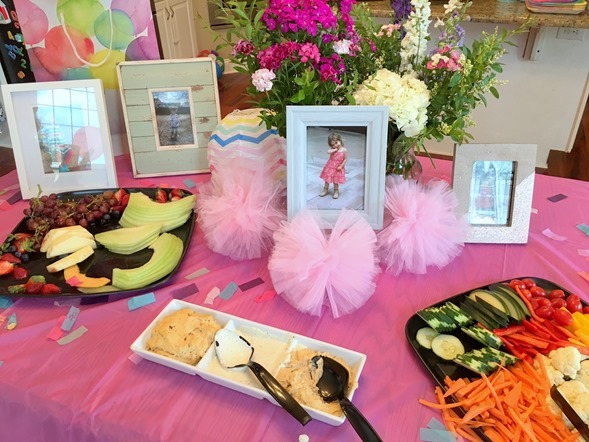 We totally lucked out with great weather for Kaitlyn’s birthday party and spent most of the party outside, enjoying the bubble machine, swing set and water table which was Chase’s favorite. Brittany said she knew how much Chase loved the water table at Discovery Place KIDS and set it up for him to enjoy which was so incredibly thoughtful. 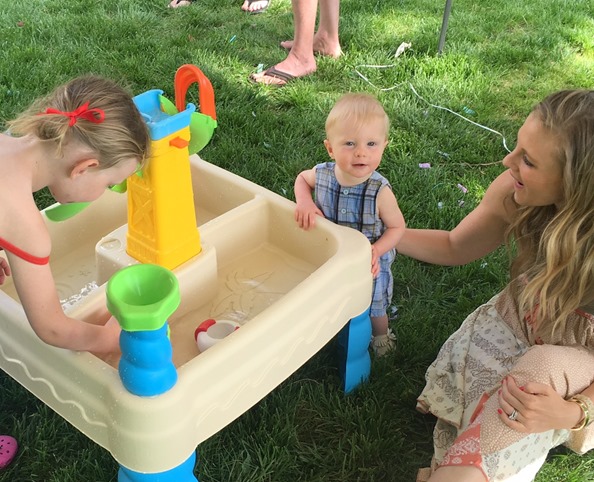 Chase definitely made use of the water table and we walked away from it with a soaking wet baby. Water table success! 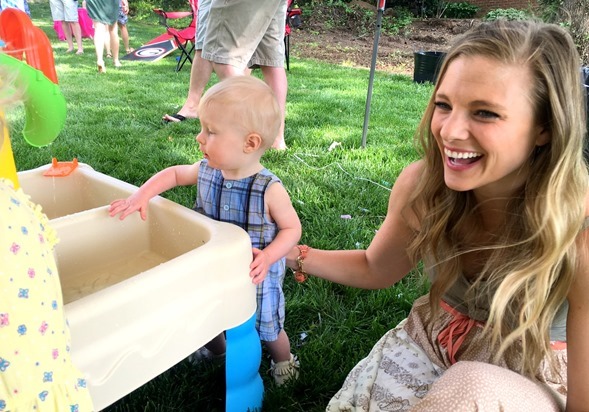 I loved catching up with Brittany, meeting her family and talking with her friends over delicious food and drinks. Unfortunately Ryan and I had to take off before cake time thanks to a cranky baby who was up past his bed time, but I’m so glad we were able to celebrate Kaitlyn, even if it was only for a couple of hours! 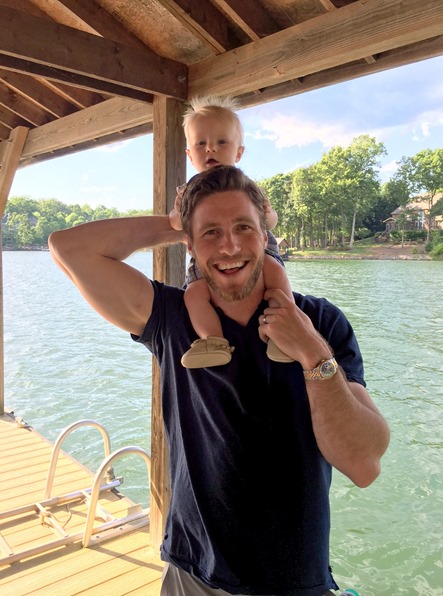 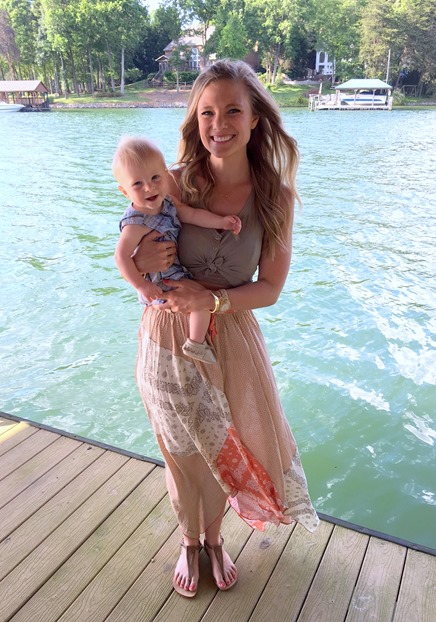 Once we arrived home, Ryan and I both said we were bummed to miss the birthday cake and wanted something sweet, so I quickly threw together a batch of no-bake chocolate peanut butter cookies for us to eat while we watched Dateline. (They turned out quite gooey but that didn’t stop us from inhaling them.) 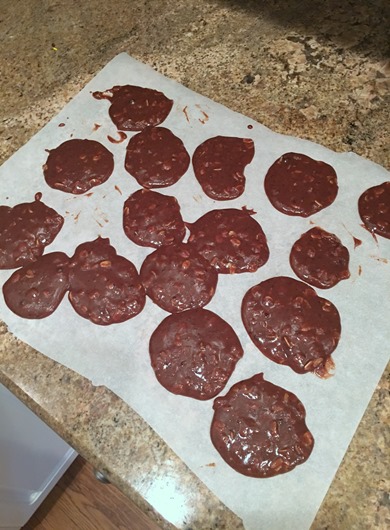 And now that I realize I’ve typed up more than 1,200 words about our weekend so far, I figure I should break this post up into two parts and will see ya a little later with a less-wordy recap of our Sunday.

Hope you have a great Monday, my friends!