From one person with absolutely no Irish heritage to all of you Irish and non-Irish folks out there, I hope your day is filled with lots of green and lots of fun! 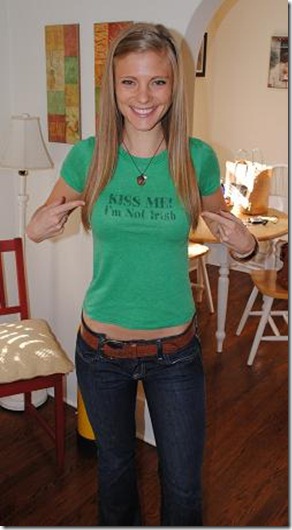 And if you’re like me and feel a little left out on St. Patrick’s Day because you’re not even a little bit Irish, just slap on some green and adopt all of the fun Irish traditions. I’m pretty sure everyone is Irish today!

By way of marrying Ryan, I am a little more Irish, right? Fagan is a pretty darn Irish last name, so now I’m Irish by association and one day we’ll hopefully have little half-Irish babies.

Today’s workout had me sweatin’!

I started off with 20 minutes on the elliptical at the gym before completing two rounds of a circuit workout from the Best Body Boot Camp program I am following.

Technically I was supposed to do three rounds, but I start to get really antsy and mentally check out if I’m at the gym for much more than an hour, so I called it quits after two rounds. I must’ve been moving super slow or something today.

Even after only two rounds, I felt like the workout was a good one!

When Ryan and I arrived home from the gym, it was breakfast time. 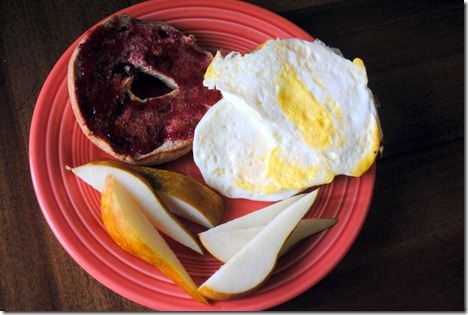 I made both of us egg sandwiches on toasted whole wheat bagels with two fried eggs, a slice of muenster cheese and raspberry jelly. A sliced pear was enjoyed on the side. 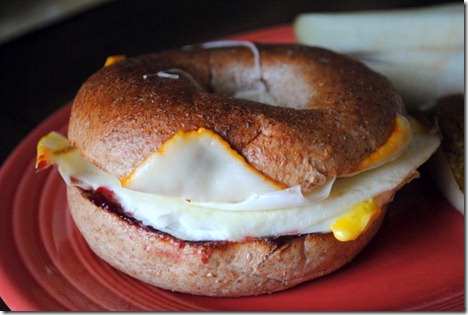 Sadie also got a little treat this morning! 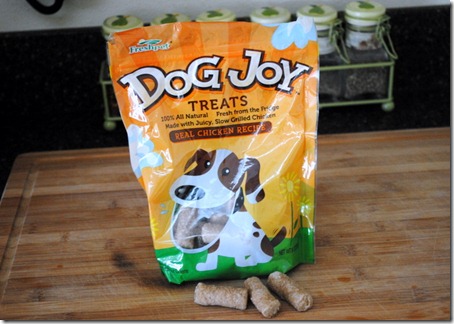 About a week ago, I was contacted by Freshpet, a company committed to making food for animals with fresh, natural ingredients. When they asked if Sadie would be interested in trying some of their treats, I didn’t even have to ask her to know the answer. 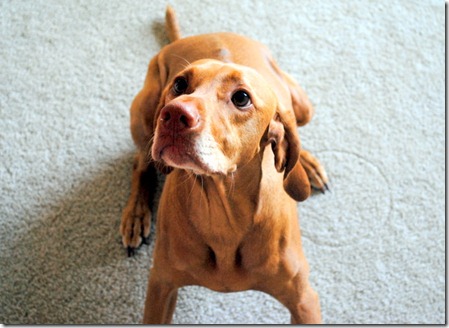 That was Sadie this morning when I held a Dog Joy chicken treat above her head.

Intrigued? I think so.

Sadie is actually rather picky with dog treats. She doesn’t really like biscuits and typically leaves treats without any meat in them untouched. Yes, she’s a princess.

The Dog Joy treats were right up her alley though, as they’re made primarily with chicken and oats. 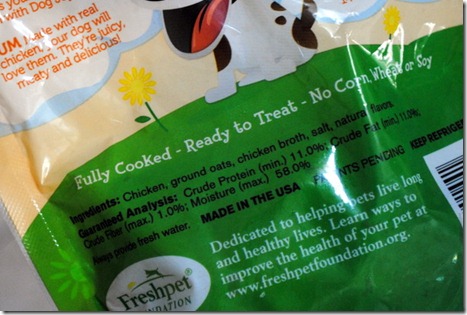 At first sniff, she was smitten and Ryan and I enjoyed making her do every single trick in her arsenal as she awaited her reward. 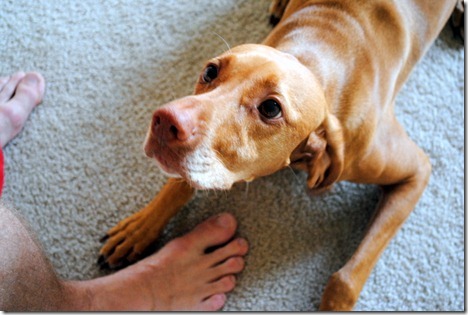 All three members of the Fagan household were left with happy bellies this morning.

Off to take Sadie on a hike!

Ryan and I have some pretty big plans this afternoon that involve driving to Sarasota and potentially buying a new (used) car! Should be a fun day!