I have an early appointment at the dermatologist and am sitting here with sopping wet hair that still needs some attention, so let’s get to it!

My day began with 30 minutes of cardio split between the treadmill and the elliptical. I didn’t do any crazy-fast running or inclines, but my face still ended up red and sweaty after my time on the treadmill. Even slow jogging on the treadmill makes my face sweat like crazy!

After some cardio, it was time for a 30-minute TRX class. Last week’s class was canceled because of the Fourth of July, so I was anxious to get back into it today!

We did three different circuits consisting of two exercises each that we performed for 30 seconds for a total of three rounds.

During the class a bunch of us talked about the TV show American Ninja Warrior in between circuits. 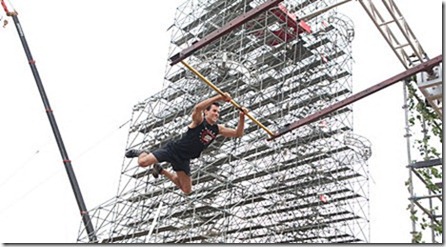 Have you guys seen this show? It’s based on the Tokyo Broadcast System show Sasuke, and people try to complete a ridiculously hard obstacle course to win $500,000. It’s Ryan’s dream to be on it.

I, personally, would rather be on Nickelodeon’s Guts. 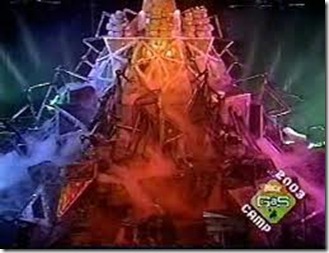 Oh how I long for a piece of the Aggro Crag. 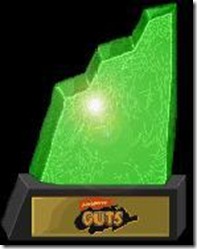 Breakfast this morning was a delicious egg bagelwich topped with cheese and raspberry jelly. 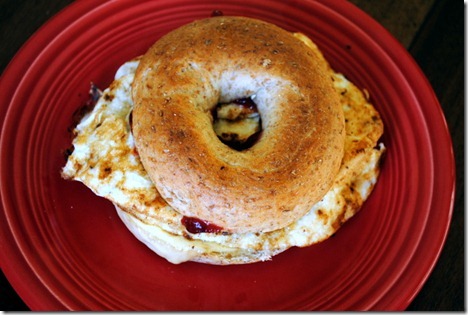 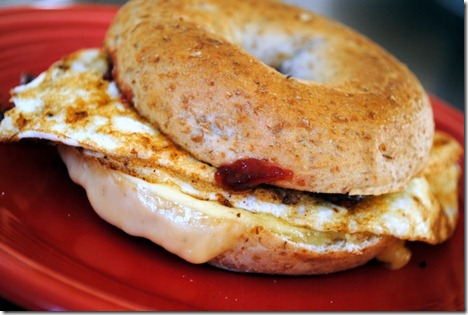 Plus a spoonful of almond butter while the bagel was toasting. 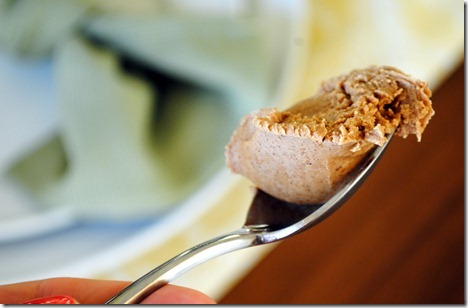 Easy to eat while blogging.

See ya this afternoon!