Navigation
We had a 70-degree day in Charlotte yesterday. In February! What!? Considering the fact that it snowed for the first time this winter on Friday (a light dusting that didn’t stick) such a big swing in temperatures was unexpected but quite welcomed. We made the most of the warmer weather and spent (almost) all day outside on Tuesday. 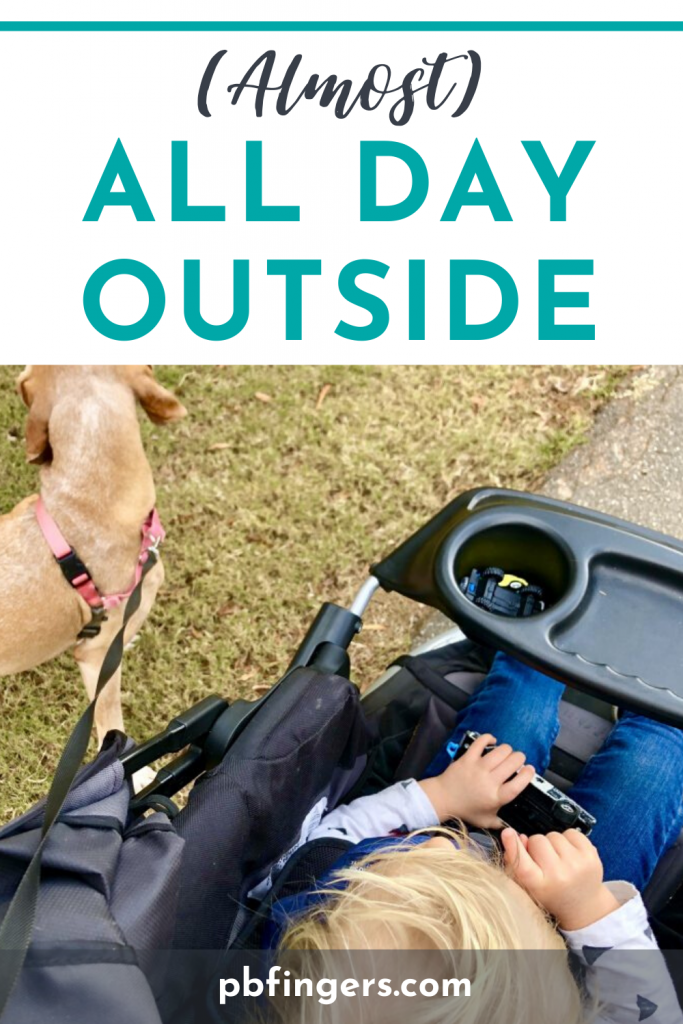 My morning began at 5 a.m. and kicked off with a sweet potato muffin and coffee made with coconut milk and collagen. I sipped my coffee and dove into my devotional before turning on the computer and working until the boys were up for the day. 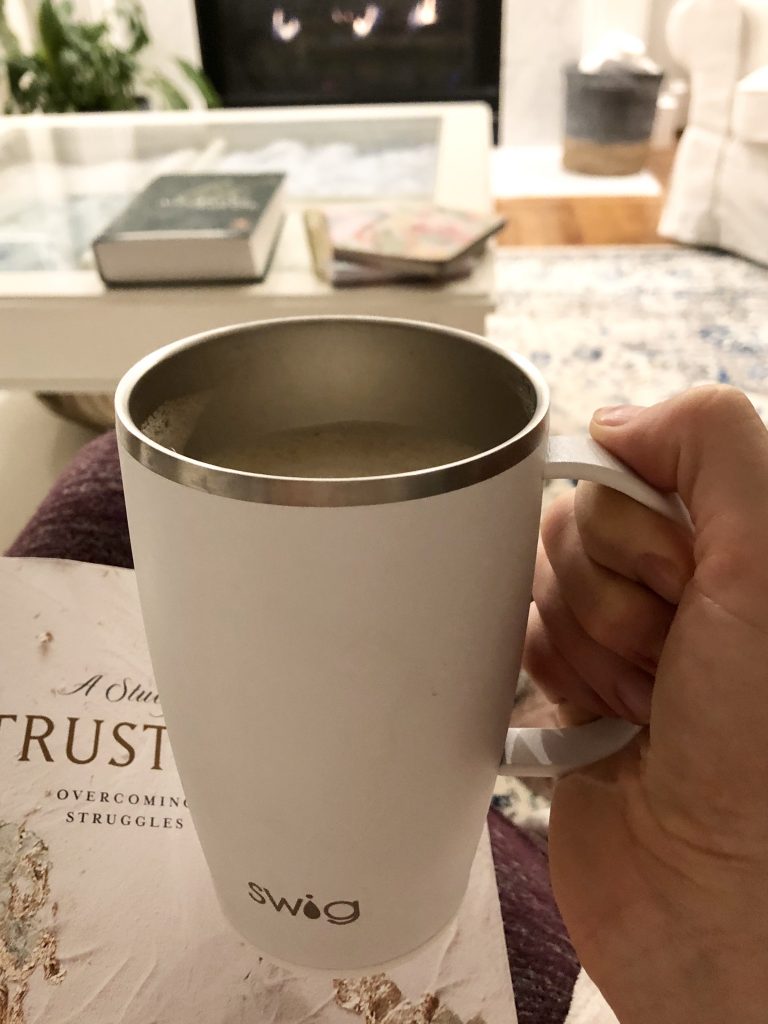 Chase was up first as usual and once he was dressed and his Hatch Light rotated through the rainbow light mode, he called down to me and I headed back upstairs to read a couple of chapters from his latest Merlin Missions book with him. (And yes, we are absolutely LOVING our new checklist of “must dos” that Chase is responsible for completing before he’s allowed to come out of his room in the morning.)

Once Ryder made it clear he was ready for some love as well, Chase ran into his room for “private time” with his brother while I kept the monitor close by and got dressed for the day. Chase and Ryder seem to love their brother time in Ryder’s crib in the morning and I love the 10 minutes to myself to quickly get ready. Win, win! Eventually everyone was dressed and hungry for breakfast, so we headed downstairs to get something to eat. The boys dug into cereal and bananas while I made myself an egg sandwich — throwback style! 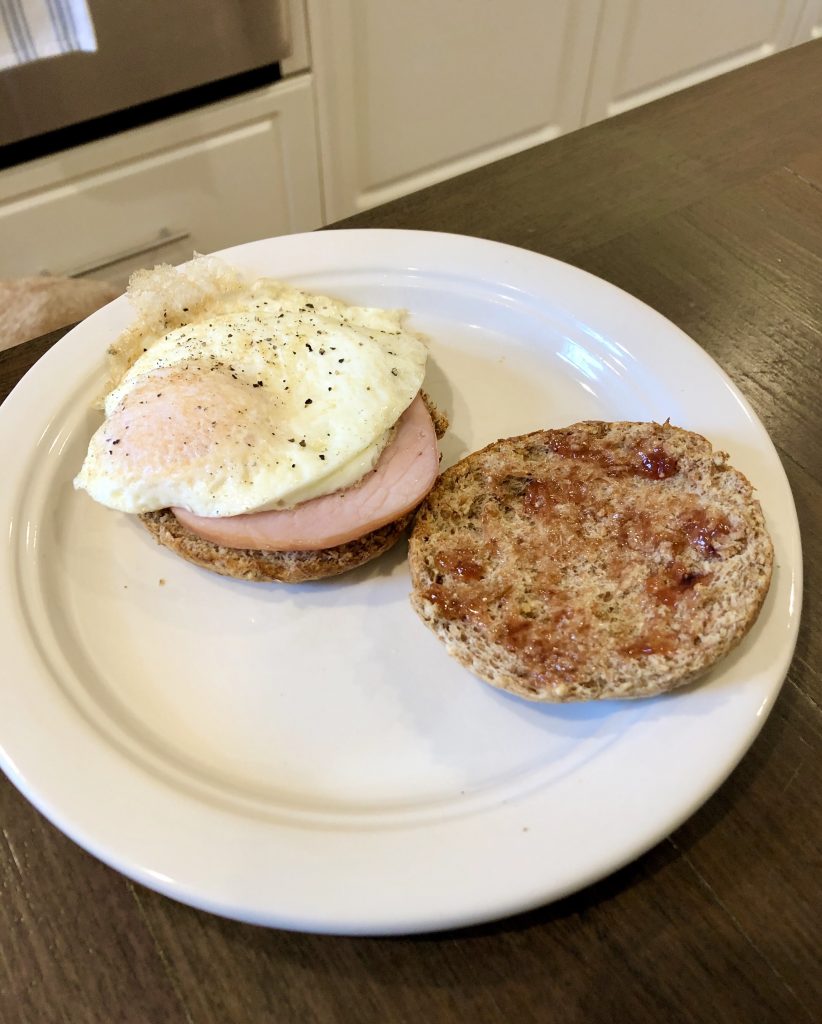 Any longtime blog readers remember when these egg sandwiches were a staple for me? The key is making them on a lightly toasted English muffin with a dippy egg, Canadian bacon, cheese (which I actually ran out of and was REALLY bummed not to have yesterday) and a thin smear of jelly for a little punch of sweetness among all the salty goodness. It sounds strange but it’s so, so good! Also, I think this was my first time trying the Ezekiel English muffins and I love the way they tasted almost nutty. Plus, the texture was wonderful — slightly crispy on the outside but soft and slightly doughy in the middle. YUM!

Oh and in case you haven’t heard, eating cereal with both a spoon AND your hands is way more fun. 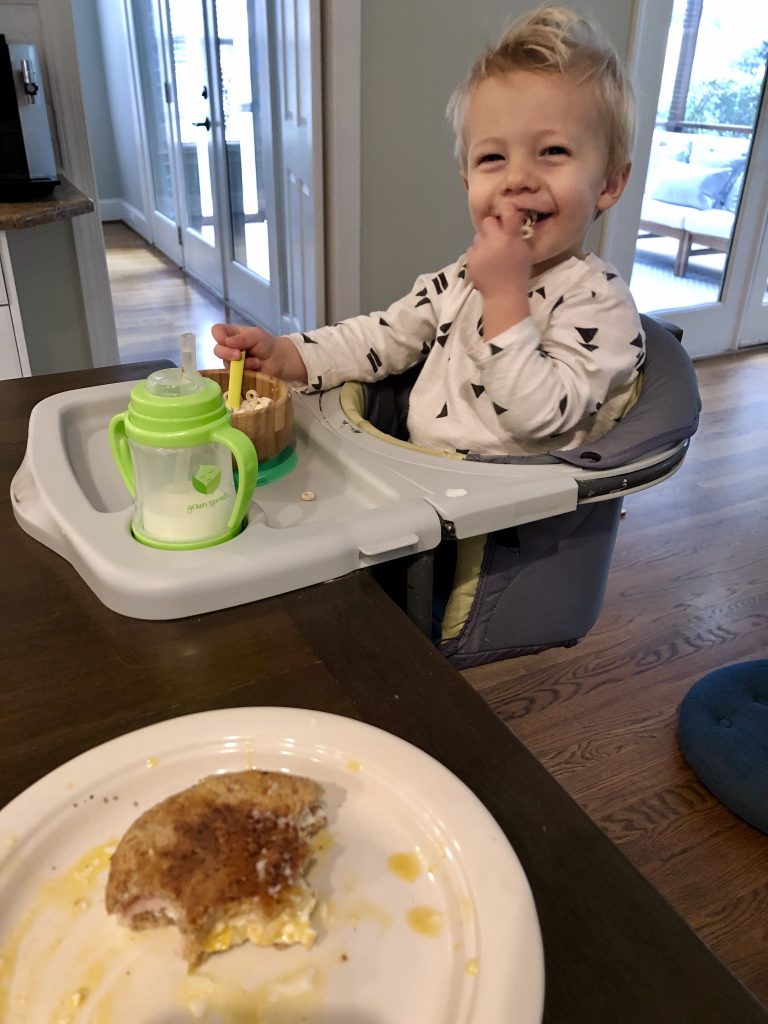 Eventually it was time to make our way to preschool drop off, so I quickly assembled Chase’s lunch for the day and then we headed out. Once Chase was settled in school, Ryder and I high-tailed it over to Burn Boot Camp where I completed an upper body workout that looked like this: 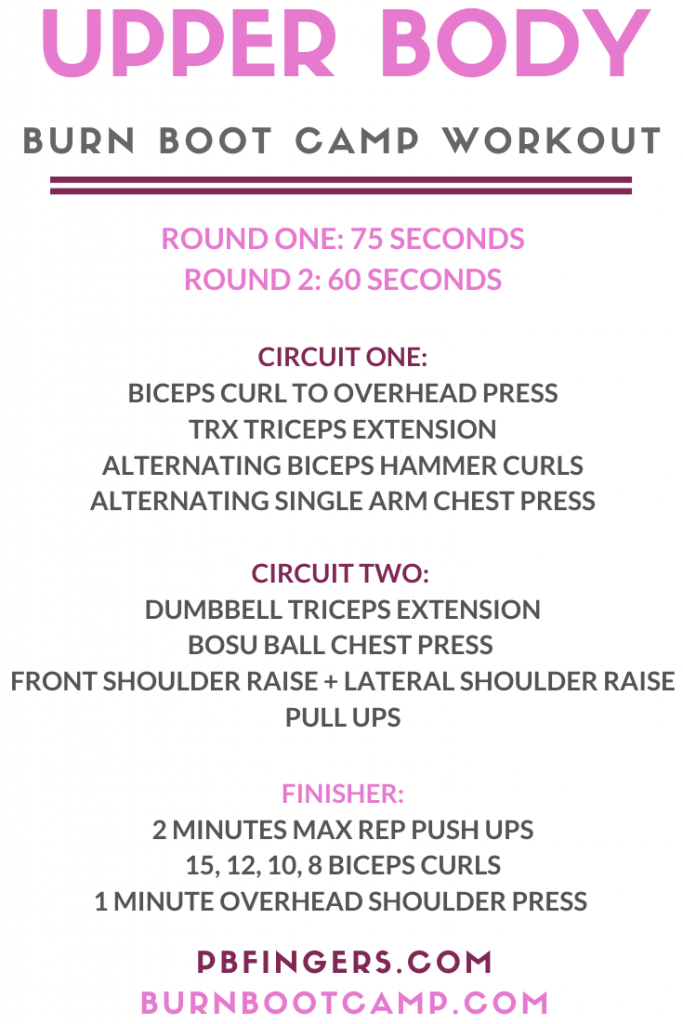 Upper body day is forever and always my favorite and yesterday’s was a beast! It was challenging in the best kind of way and my triceps and chest are quite sore today.

After my workout, I chatted with some friends for a bit before Ryder and I drove back home and leashed Sadie up for a walk around our neighborhood. 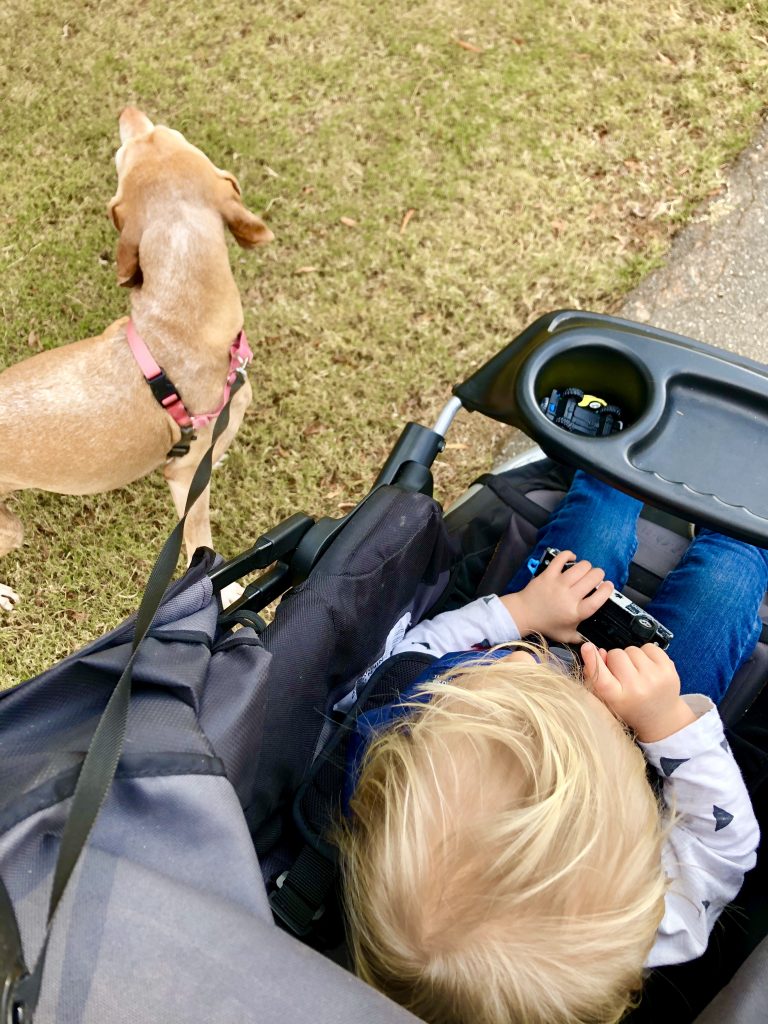 Walks with Ryder are becoming more and more hands-on now that he’s more apt to want to get out and walk himself so I have to pack a bunch of toys and snacks to keep him entertained. On a short two-mile walk he demolished the following snacks: Two clementines, a small cup of Annie’s Cheddar Bunnies, a small box of raisins and a packet of almond butter. He can really pack it in!

We made it back home about 40 minutes later and I was ready for an early lunch. I set Ryder up in his highchair for lunch (yes, he still somehow found room in his stomach to eat more after his 1,000 snack walk) and then I snacked on the rest of a bag of Simple Mills crackers while I heated up a bowl of Daily Harvest butternut squash soup for my main meal. 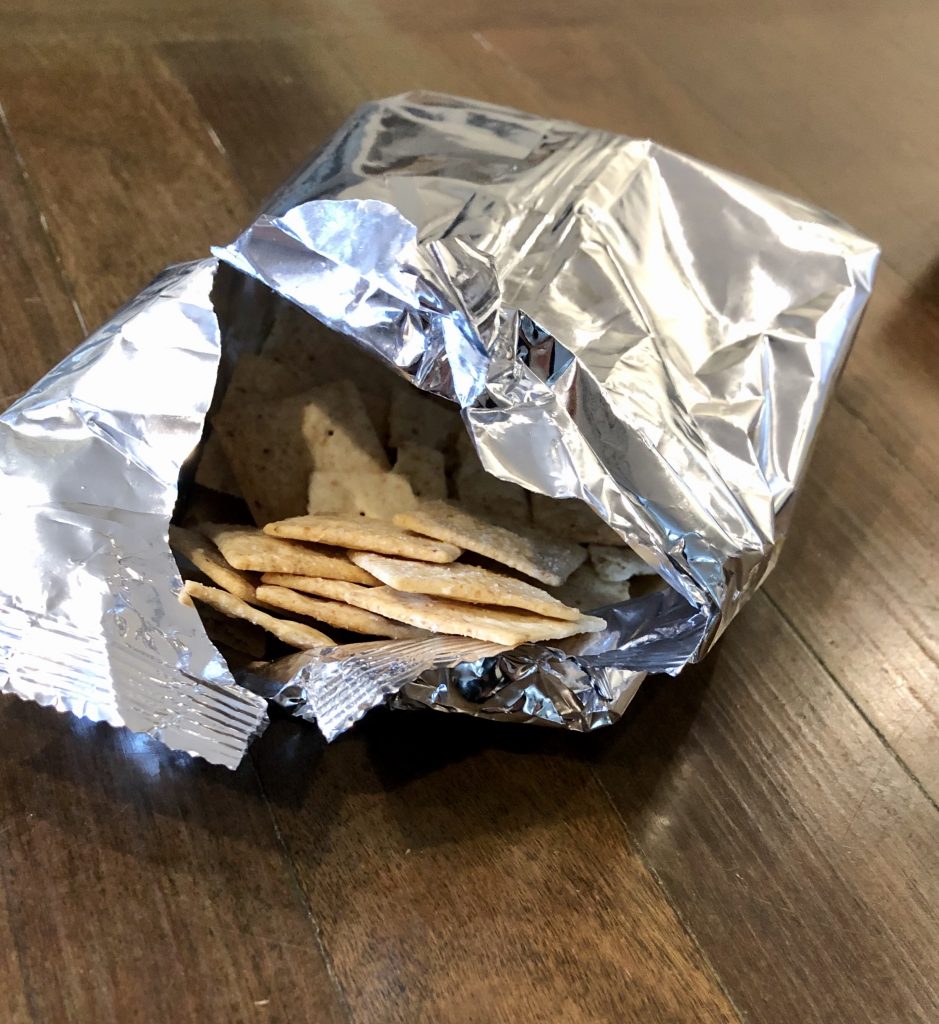 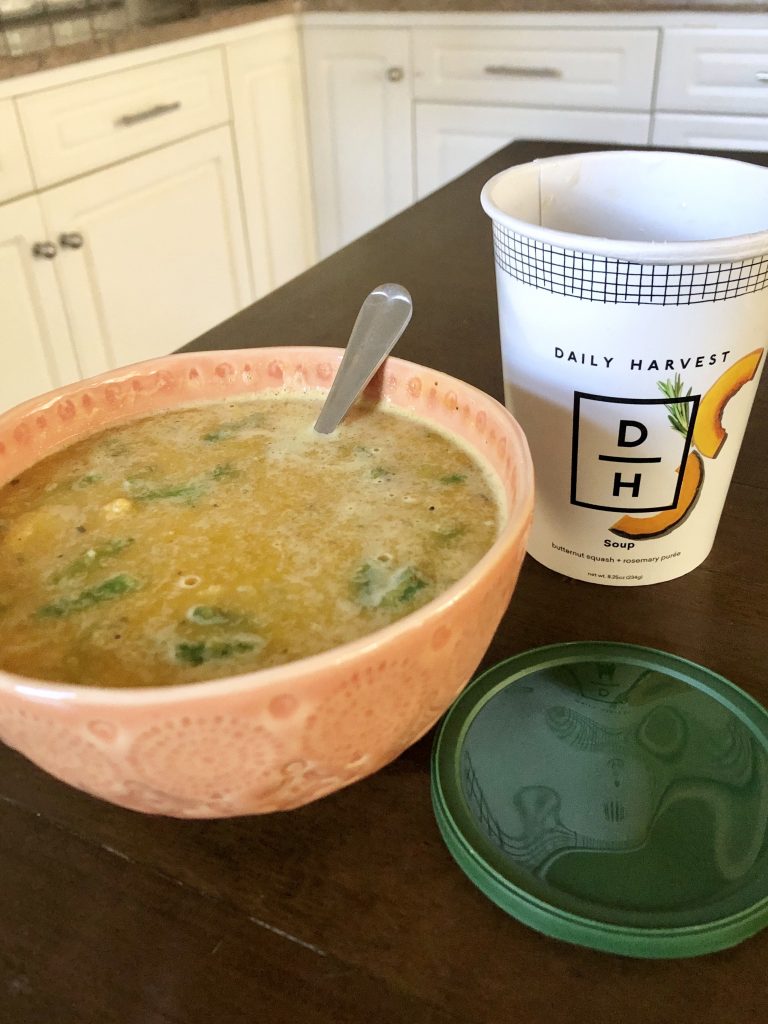 I added some leftover chopped green beans and brown rice to the soup for texture as well as a handful of frozen edamame for a punch of protein. It was a winner!

Eventually I made it upstairs with Ryder and set him up with some toys in our bathroom so I could grab a quick shower before preschool pickup. 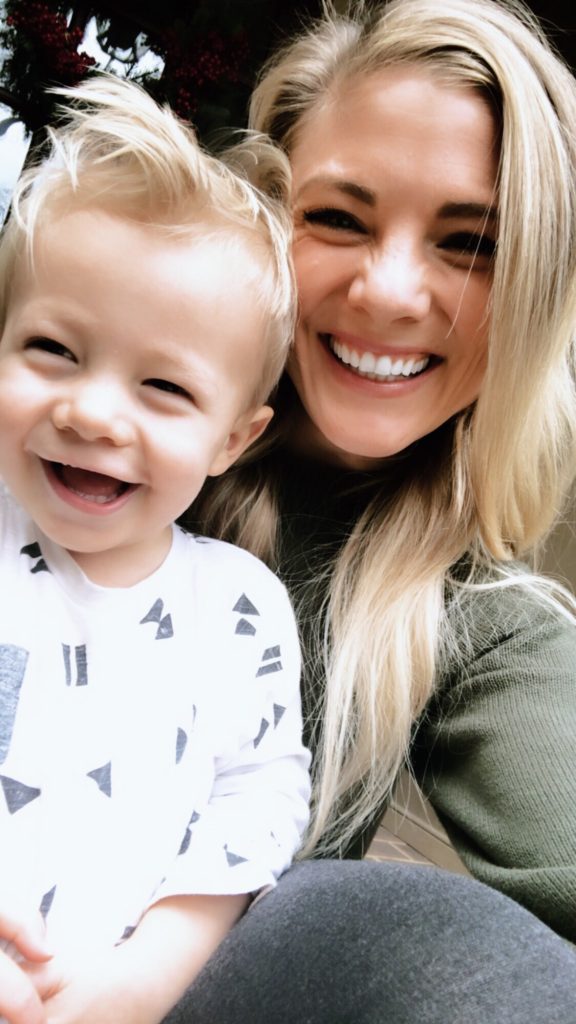 I did my express makeup routine, threw some dry shampoo in my hair and we were back out the door!

We planned to stick around the preschool playground with some of our friends after school yesterday because it was so nice outside and the kids had a blast running all over the place with their buddies. 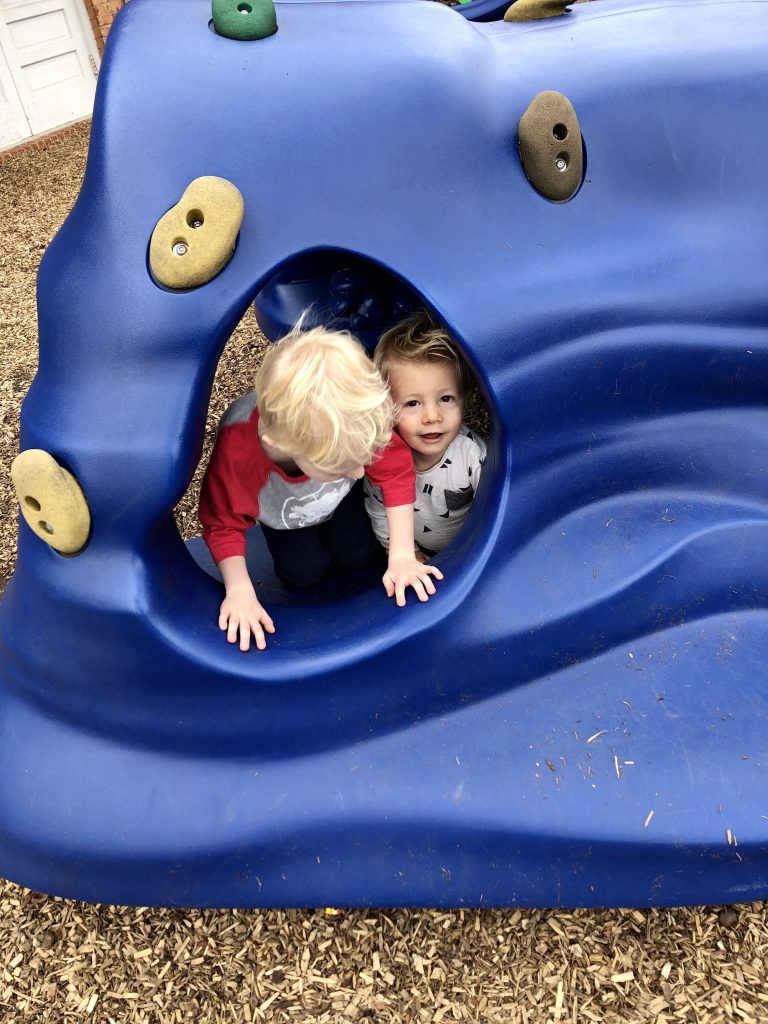 Aaand that’s the best picture I have to show for their outside playtime because the boys did not stop running around for almost the full hour we spent at the playground! Talk about (almost) all day outside!

By the time we made it home, Ryder was more than ready for his nap, so I immediately brought him upstairs and settled him in his crib before I made Chase a snack and we read more of his chapter book together. Chase then had his usual “quiet time” in his room for the next 45 minutes or so while I made my way into my office to work and snacked on an RXBar. 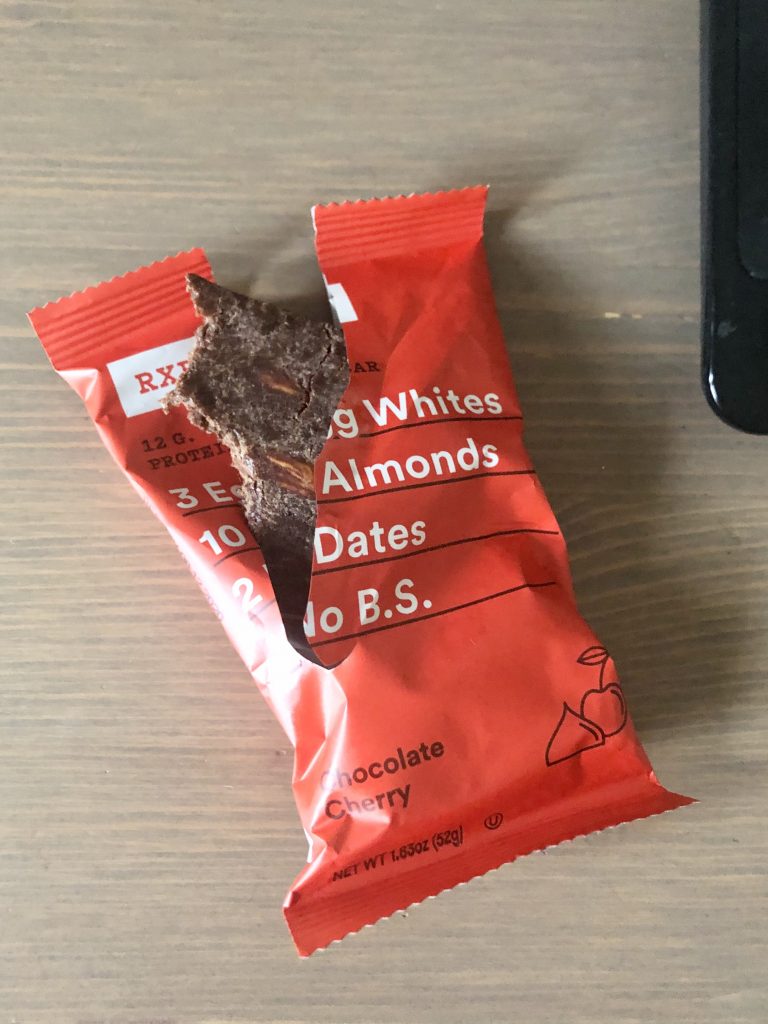 Once Chase was clearly over quiet time, he joined me downstairs and we did some activities in a sticker activity book he got for Christmas before Ryder was up and ready for action. We spent the rest of the afternoon playing at home before bath time + an early dinner. 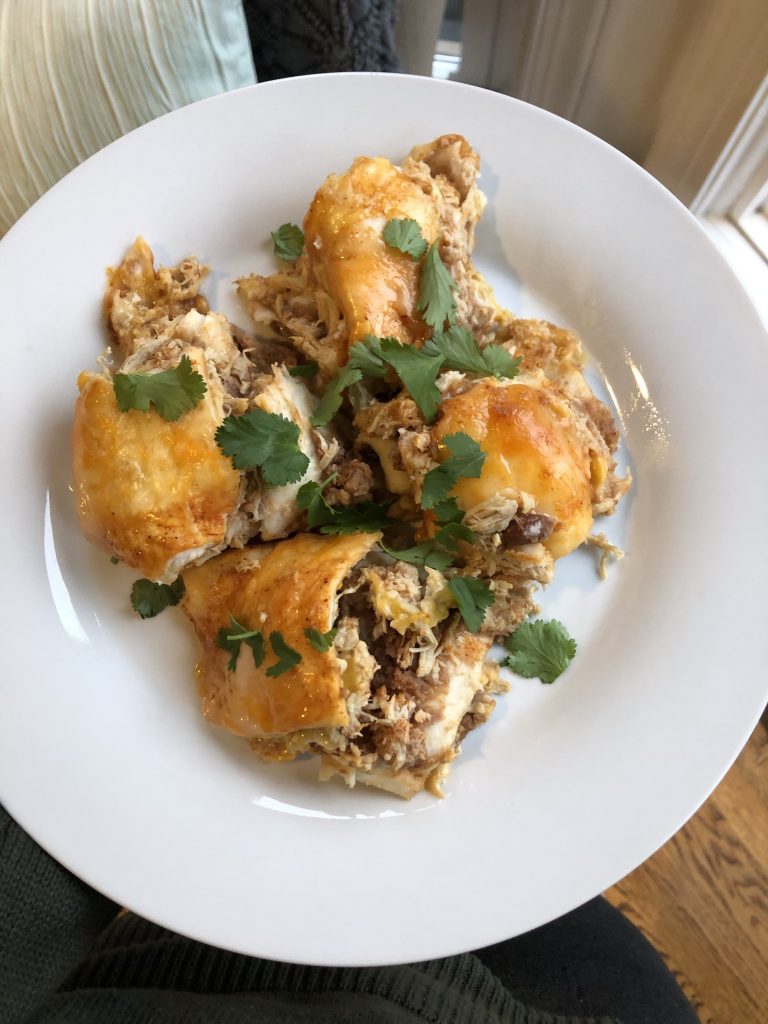 Leftovers looked like chicken enchilada casserole! I made a huge batch of the casserole earlier this week to serve to friends who came over to our house for dinner Monday evening. Perks of hosting = Great leftovers!

Ryan arrived home about 15 minutes before I had to take off to meet up with my women’s small group at a local coffee shop. I’m still meeting up with the same group of women I’ve been meeting with for years but we’ve changed our meetings to once a month versus every other week because life just seems to get crazier and crazier! Our discussion was wonderful and it was really nice to have uninterrupted time together.

We talked until the coffee shop closed at 9 p.m. and then I headed home to find Ryan reading in bed. We talked for a bit before reading a bit more and falling asleep.

And now I am hearing both boys calling for me, so I gotta run and get this Wednesday moving! I hope you all have a great day!