I wanted to do a circuit workout at the gym today.

I wanted to get my heart rate pumpin’ to the tune of mountain climbers, plank holds and pushups, but the scrapes, scabs and bruises on my elbow and knee from Friday’s bike accident ruled out that possibility.

Instead I brought back a treadmill interval incline workout! 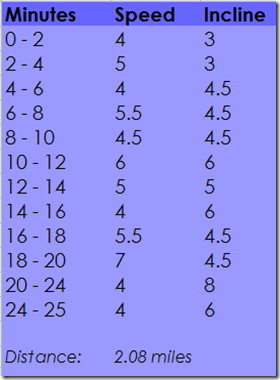 I forgot how hard interval treadmill workouts are… especially when you throw inclines in the mix. The speeds and inclines on this workout weren’t particularly crazy, but I was super sweaty at the end.

I completed the treadmill workout after a light 20-minute warm up on the elliptical and 10 minutes on the stair master.

I changed up breakfast a bit today! 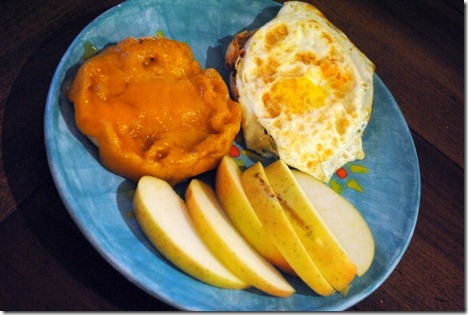 Okay, that’s a blatant lie, but I did swap the muenster cheese on my egg, cheese and jelly sandwich for sharp cheddar.

Things are getting craaazy up in here!

A sliced apple was served on the side for some added sweetness and fiber. 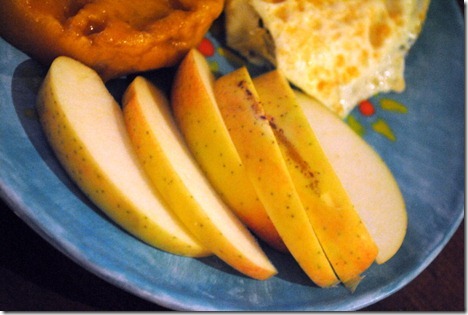 On Tuesday’s hike with Ryan and Sadie, Ryan and I began talking about our desire to go on some kind of a vacation in 2012.

Longtime blog readers may remember when our initial honeymoon plans to St. Lucia were canceled 48 hours before we were supposed to leave because of a hurricane.

We ended up going on a “Tour de Florida” which was really fun, but we promised ourselves that we would make it to St. Lucia for our one-year wedding anniversary. 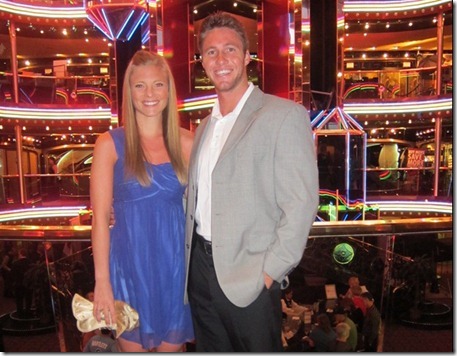 With our unanticipated move to Ocala and Ryan beginning a new job, taking a week off work didn’t seem like a good idea, so our St. Lucia plans have been postponed. We’re now thinking St. Lucia might make a good five-year anniversary trip.

Anyway, we are hoping to take some sort of a vacation together in 2012. When we began talking about what we were looking for, we both agreed we want an active vacation with lots to see and explore.

The more we talked, the more we realized that a city vacation is what we’re looking for at the moment. New York City? Barcelona? San Francisco? Washington D.C.?

We obviously have no particular city in mind and haven’t started to research places yet, so I figured I would look to you guys for guidance since you always provide the best recommendations when it comes to travel.