My legs were not yet ready for an intense leg workout at the gym this morning. Still recovering!

I kept things light and began with 20 minutes on the elliptical before doing three sets of 15 repetitions of the following exercises at a lighter-than-usual weight:

Though my legs still feel a bit fatigued, they’re almost back to normal and lightly working them out felt good!

I rounded out my workout with another 10 minutes on the elliptical while reading Better Homes & Gardens magazine which reaffirmed my disinterest in gardens (totally skipped that section) and also made me feel bad about my lack of interior design skills. At least I found a great recipe to try!

Initially I wanted to make banana bread protein pancakes this morning, but we only had a small amount of oatmeal, so I made a batch of Stonewall Kitchen gingerbread pancakes and added some oats to the mix! 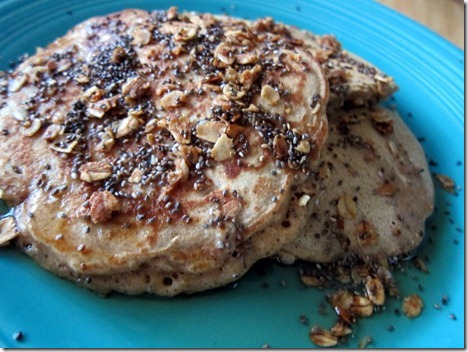 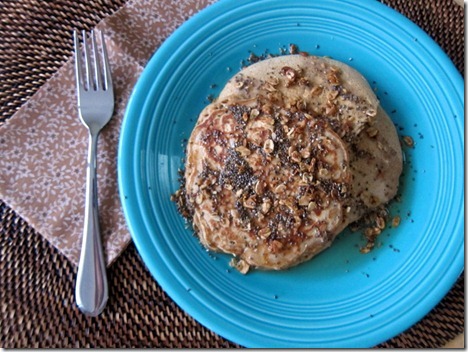 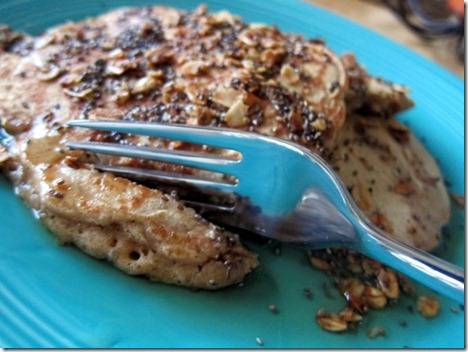 Last week I finished reading American Wife, the book we selected to read for the PBF October Book Club.

The book follows the life of Alice Lindgren, a Wisconsin girl who grows up, gets married and inevitably finds herself in Washington D.C. as the first lady of the United States.

In the book, she falls in love with Charlie Blackwell and they are engaged within a couple of months.

I remember taking a child development class in high school and I had a teacher who was adamant when she said that couples should date for at least three years before getting engaged because during a three-year timeframe, you’re likely to go through a significant change together, have some serious fights and weather a few dramatic events.

Ryan and I met my freshman year in college and dated for 5 1/2 years before getting engaged. Oddly enough, when we did get engaged, I still wasn’t sure we waited long enough (I was only 24!) even though I definitely knew he was “the one” and absolutely saw a future with him. Big decisions take a long time for me to make because I tend to over think them, almost to a fault. Getting married was a huge deal to me and I wanted to do it once and do it right.

To be totally honest, if Ryan would not have said “we’re getting a dog,” I’m not sure we’d even have Sadie. Yes, I wanted a dog, but I was so worried about being a good dog owner and giving a dog enough exercise and attention that I always talked myself out of it. Now I can’t imagine life without Sadie!

Though I tend to be overly cautious with big decisions, I absolutely love the stories of couples who met, got engaged on the third date and were married for 65 years. That kind of spontaneity and passion makes the romantic side of me turn to mush!

In the end, I think the ideal amount of dating time before an engagement completely depends on the couple.