You’d think setting an alarm for 5 a.m. would mean I would definitely sleep right up until the beep goes off, but that isn’t the case most of the time.

I have an internal alarm clock that is apparently a little too accurate. It gets a kick out of waking me up 45 minutes before my alarm goes off which is a little annoying. It’s enough time for me to remain in bed, awake, for 30 minutes and then drift back into a blissful slumber right before the alarm actually goes off. It’s pleasant.

After a mostly restful night (except for the last hour or so), I woke up to the alarm with Ryan and headed off to the gym to check our respective workouts off the list!

My workout for today began with a 20 minute elliptical workout and concluded with an upper body workout.

While I spent some time on the elliptical, I flipped through the IDEA World Fitness Convention’s schedule which got me way too excited for the conference in August. 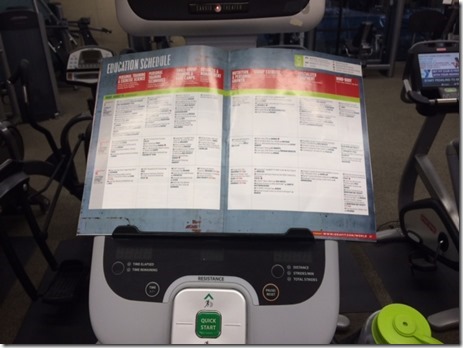 It was, hands down, the best conference I’ve ever attended and I can’t wait to go back again this year. (You may see my recap from last year’s conference here: IDEA World Fitness Convention 2013)

If you’re a fitness professional, I cannot recommend this conference enough. It’s incredibly energizing and I left feeling super motivated to kick butt as a trainer and group exercise instructor.

Breakfast this morning came in a glass. 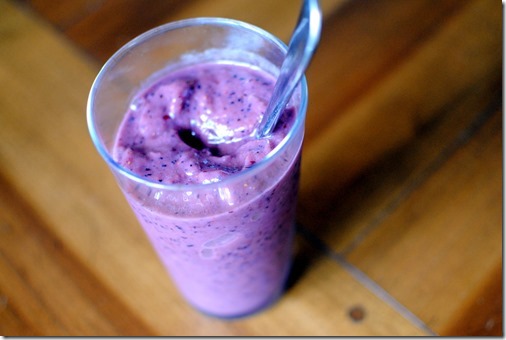 It was almost too thick to drink (just how I like it), so a spoon came in handy. 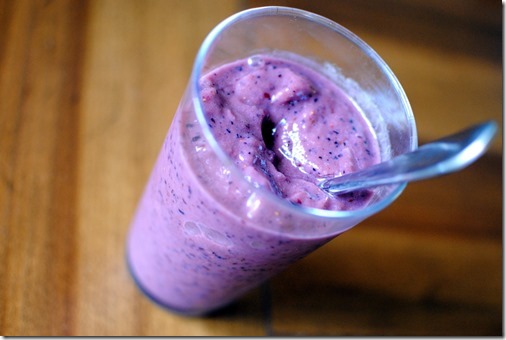