Hey guys! I just wanted to pop in this afternoon and say a quick hello during a short break at the gym. I hope your Monday is going well so far! Let’s catch up!

I woke up before the alarm went off thanks to the sun that is deciding to rise earlier and earlier every morning. I actually don’t mind it at all because it makes teaching 6 a.m. classes less painful when you’re driving to the gym and can see some light on the horizon… but today I didn’t have to be at the gym to teach until 8 a.m.! The sun woke me up a little after 6 a.m. and I made myself a smoothie and typed up my first blog post of the day. 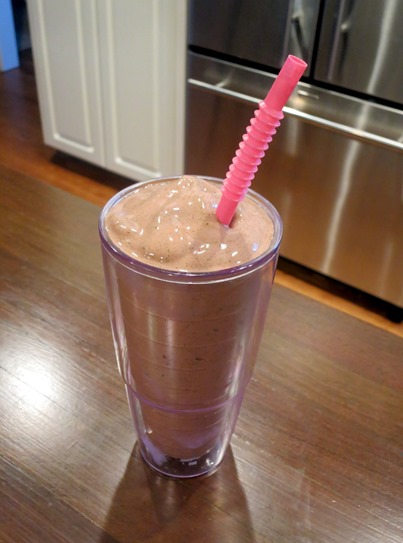 Into this smoothie went:

My smoothie did a great job of keeping me nice and full through the morning spin class I taught today for another instructor.

After spinning, a few of the women in my class were heading out to do a double-header and take a Core Barre class. Since my boss encourages instructors to take all the classes on the schedule so we can speak to them if gym members have questions, I figured I should take the class, too, since I haven’t tried it since it was added to the schedule. 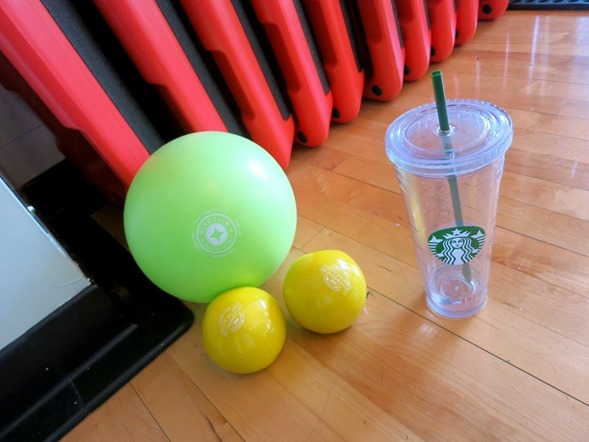 The class was similar to Pure Barre, but I actually liked the way it spent more time on upper body. Sometimes I feel like Pure Barre rushes through upper body work during the warm up and spends a little too much time on core work which can occasionally feel redundant. It was fun to change things up a bit!

The layout was very similar to Pure Barre, but without any of the core work on the barre that we do toward the end of every Pure Barre class. It was a nice change of pace!

After class, I grabbed a quick snack and wiped down (bless you, portable cleansing cloths!) before returning to the gym floor to work until lunchtime rolled around. During my lunch break, I quickly drove home to let Sadie out and rinse off. I actually ended up packing up my lunch because I ran out of time and ate my lunch about 45 minutes later at the gym when I had a second to spare.

My midday meal included egg salad made with olive oil mayo, dijon mustard, sweet relish, chopped carrots and celery. I rolled up the egg salad into two mini whole wheat tortillas and paired them with a cup of Greek yogurt topped with raw almonds and an apple on the side. 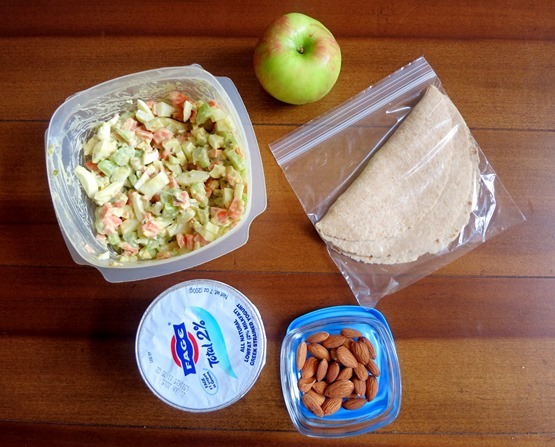 The egg salad came together in a flash thanks to my handy little veggie chopper that I am still absolutely loving! 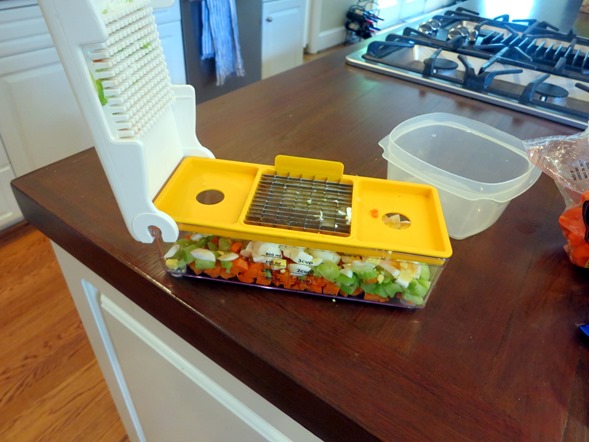 And now it’s time to wrap up the work day at the gym before heading home to make dinner and hang out with my little family. Have a great Monday!