Hi guys! I’m sky-blogging this morning en route to Ottawa! (This post will be published once I land and have internet access again.) 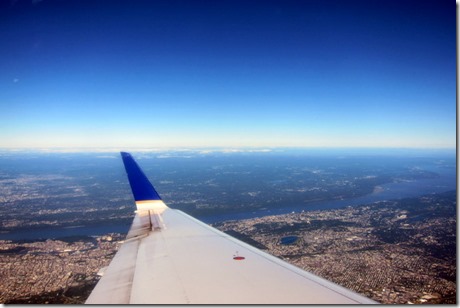 I will be in Canada through Thursday evening on a press trip and I am ridiculously excited because it’s an adrenaline-themed press trip that’s packed with outdoor activities like zip lining. The itinerary is non-stop and full of adventure. I’ll be sure to take you guys along for the ride and blog about everything whenever I have a free minute.

My alarm went off at 4 a.m. this morning and I headed to the airport half-asleep to board the first flight out to New Jersey. 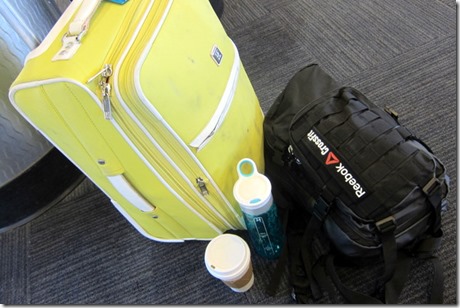 Even though my flight took off on time and had no issues, my travels got off to a rocky start yesterday. I completely forgot to pack my passport and didn’t realize it until after I drove two hours to Jacksonville where I planned the spend the night at my parents’ place to avoid waking up before 3 a.m. to drive to the Jacksonville airport this morning. Thankfully Ryan was a total sweetheart and met me halfway between Ocala and Jacksonville with my passport last night. What a guy! He even brought Sadie along for a little fieldtrip, so I got to say goodbye to both of them again. I miss those two already!

My first flight to New Jersey went well and I did my best to sleep even though I was a little restless. I always get so amped up whenever I travel and have a hard time sleeping on the flight out. I just want to get the fun started!

I had a layover in New Jersey and spent 10 minutes or so in the bathroom doing my makeup because I’m oh so classy. 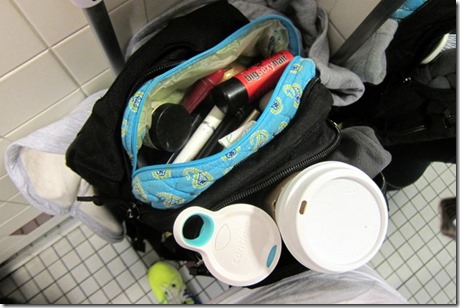 I wasn’t the only one with this plan. There were three other women doing the same thing and we joked that the small bathroom was the Newark Airport Salon. I am always in awe of the people who come to the airport at 5 a.m. looking glamorous with their make up done and their hair curled. I look like a train wreck.

Speaking of makeup, have any of you guys tried this lip color? 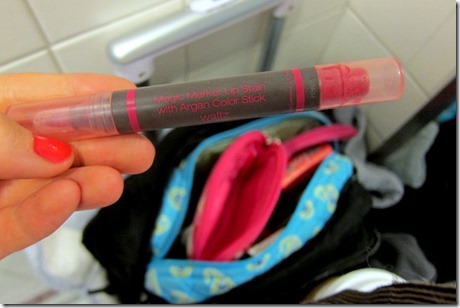 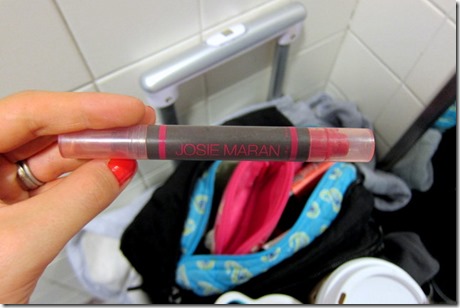 It was sent to me a while ago by FabFitFun in a beauty box and I immediately loved it. I thought I lost it months ago, but when I was packing up my makeup for this trip yesterday morning, I found it again. Hooray!

Once I was done freshening up, I walked out into the terminal to find breakfast. The options were rather slim, so I bought a whole wheat bagel topped with cream cheese. 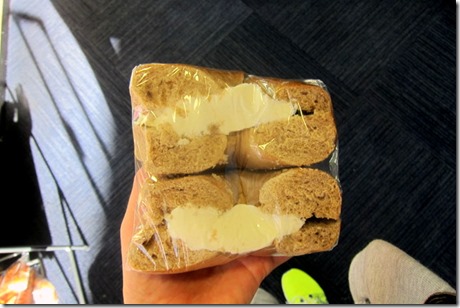 Would you like a bagel with that cream cheese? Yeesh! I like cream cheese as much as the next girl but ended up scraping some of it off because I’m willing to wager that whoever topped that bagel used an entire tub of cream cheese.

Now it’s time to turn off the computer. I have about 30 minutes left on this flight before we touch down in Ottawa! I hope you guys have a great Monday and I’ll check back in soon!

I’ve been to Canada one time before but I was too young to remember much about the trip. I’m ready to soak it all in this time around!