I boarded a plane early this morning and arrived in California late this morning. Gotta love the time change for giving me a few extra hours today! Another thing I love? Non-stop flights. Since Charlotte is a hub for USAirways, nabbing non-stop flights is much easier (and more affordable) than trying to find non-stop flights out of Jacksonville.

Though the Jacksonville airport is one of my favorite airports (it’s small, easy to navigate and rarely has a long line at security), I cannot complain about the Charlotte airport. Free wifi, five (maybe more?) Starbucks’ and multiple security lines makes traveling out of the Charlotte airport fiiiine by me!

After arriving at the airport this morning, I grabbed breakfast at Starbucks. 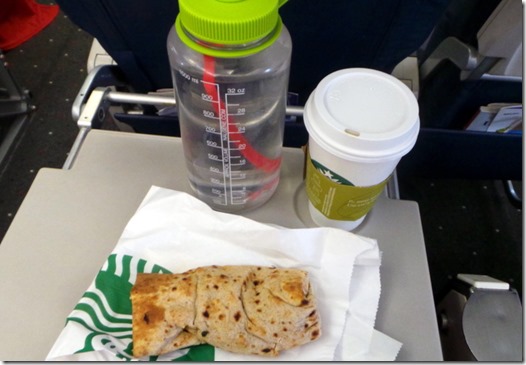 A cinnamon dulce cappuccino and an egg white and spinach wrap did the trick! One of the baristas at Starbucks was also kind enough to fill up my water bottle so I was able to avoid paying a billion dollars for bottled water. Score!

Once I arrived in California, I caught a Super Shuttle to my hotel where I will be staying for the next six days. 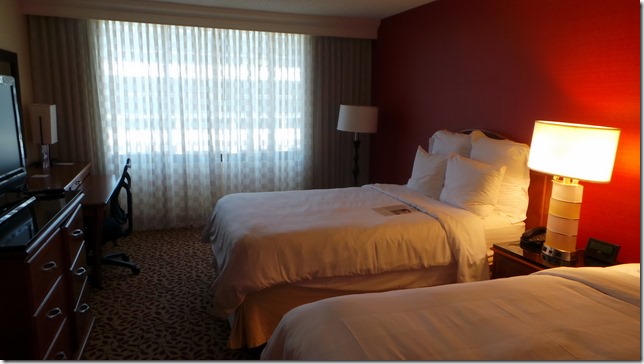 After checking in, I sat down at my computer to get some work done and 10 minutes later had a stranger use their own key to get into my room saying they were assigned the same room. What!? Kind of strange, but we got it all worked out with the front desk. Oddly enough this kind of thing has happened to me before when I was given a key to a room that a man was already in back in Boston a few years ago!

Once all the random room stuff was sorted out, I unpacked a bit and grabbed a sandwich from a little market shop on the first floor of the hotel to eat while I wrapped up some emails. Now I’m ready to explore!

So why am I in California?  I’m in Anaheim for the week for two events with IDEA, IDEA World Fitness Convention and BlogFest. I will be speaking on a panel at BlogFest on Friday and would love to meet any of you who may be in the area! (FYI IDEA is offering $100 off right now if you want to buy a last-minute ticket. Just use the code BLOGFEST100.)

Since this is the first year BlogFest is taking place, I have obviously never attended before, but I was able to catch a handful of sessions at IDEA World last year and walked away thinking it was, hands down, the best fitness conference I’ve attended to date. 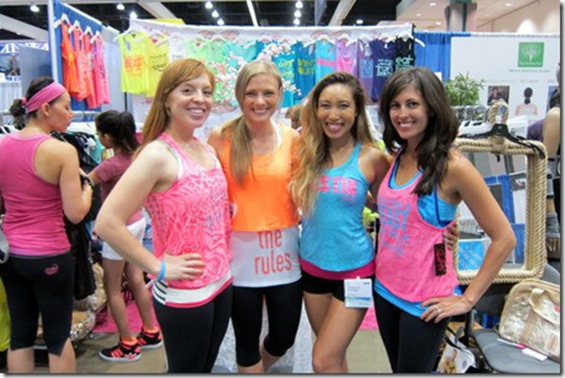 Obviously my expectations for the conference this year are quite high and I am ready to fully immerse myself in new workouts, informative sessions and quality time with blogging friends. It should be a fun week!

As far as the rest of today is concerned, I am planning to get outside and explore the area which will also count as today’s workout. I’d love to hear any Anaheim-area restaurant recommendations you may have since I’ll be here for a few days!

Hope you’re having a great Tuesday!