Navigation
Today started off about a billion times better than yesterday. Sadie went to the bathroom safely on a leash before dawn and all was well. Thank goodness!

Ryan and I then headed to the gym to knock out our workouts for the day.

We started with 20 minutes on the elliptical before I completed a total-body weights workout.

I was a big fan of this combination of exercises. If Ryan didn’t need to leave the gym to have time to shower before work, I would’ve squeezed a chest and back exercise in there as well.

On our way home from the gym, I convinced Ryan to make a quick detour to Wal-Mart to grab some frozen strawberries and milk for smoothies for breakfast.

Once we got home, my cravings shifted and I wanted a savory breakfast.

I swear anytime I feel like I have to eat something, I don’t want it anymore. I think I felt like I had to make a smoothie since I convinced Ryan to make a pit stop for the berries at Wal-Mart (the store that Ryan calls the “eighth circle of hell”), so of course my taste buds wanted something savory when it actually came time for breakfast.

Fortunately Ryan didn’t seem to care when I started cooking up some eggs (probably because I made him breakfast, too!). 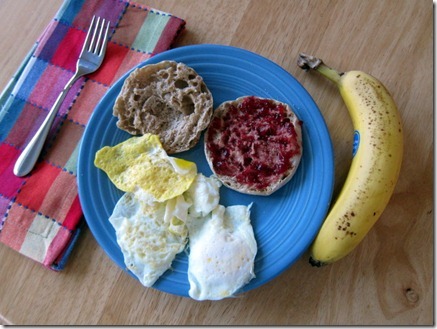 I made myself two fried eggs (one dippy egg, one not-so-dippy because I cracked the yolk) and enjoyed them with a toasted whole wheat English muffin and a banana. 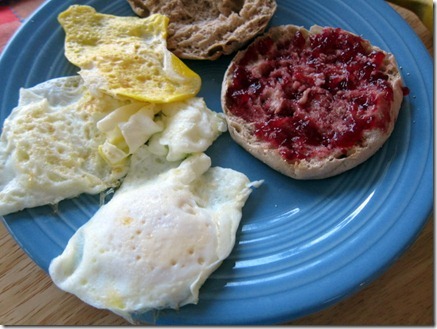 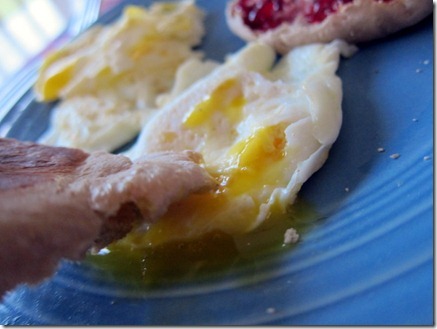 A couple of weeks ago many of you expressed interest in a PBF book club. I’m so excited to kick it off today! 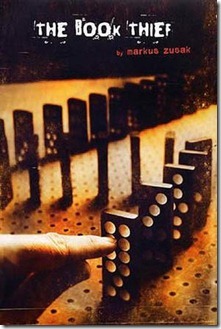 Set during World War II in Germany, Markus Zusak’s groundbreaking new novel is the story of Liesel Meminger, a foster girl living outside of Munich. Liesel scratches out a meager existence for herself by stealing when she encounters something she can’t resist–books. With the help of her accordion-playing foster father, she learns to read and shares her stolen books with her neighbors during bombing raids as well as with the Jewish man hidden in her basement before he is marched to Dachau.This is an unforgettable story about the ability of books to feed the soul. 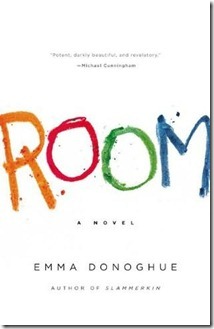 To five-year-old Jack, Room is the entire world. It is where he was born and grew up; it’s where he lives with his Ma as they learn and read and eat and sleep and play. At night, his Ma shuts him safely in the wardrobe, where he is meant to be asleep when Old Nick visits. Room is home to Jack, but to Ma, it is the prison where Old Nick has held her captive for seven years. Through determination, ingenuity, and fierce motherly love, Ma has created a life for Jack. But she knows it’s not enough…not for her or for him. She devises a bold escape plan, one that relies on her young son’s bravery and a lot of luck. What she does not realize is just how unprepared she is for the plan to actually work. Told entirely in the language of the energetic, pragmatic five-year-old Jack, Room is a celebration of resilience and the limitless bond between parent and child, a brilliantly executed novel about what it means to journey from one world to another. 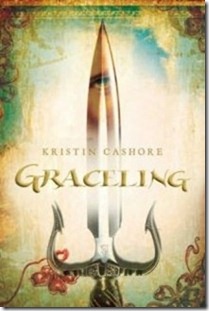 Katsa has been able to kill a man with her bare hands since she was eight—she’s a Graceling, one of the rare people in her land born with an extreme skill. As niece of the king, she should be able to live a life of privilege, but Graced as she is with killing, she is forced to work as the king’s thug. When she first meets Prince Po, Graced with combat skills, Katsa has no hint of how her life is about to change. She never expects to become Po’s friend. She never expects to learn a new truth about her own Grace—or about a terrible secret that lies hidden far away . . . a secret that could destroy all seven kingdoms with words alone.With elegant, evocative prose and a cast of unforgettable characters, debut author Kristin Cashore creates a mesmerizing world, a death-defying adventure, and a heart-racing romance that will consume you, hold you captive, and leave you wanting more.

I will announce the chosen book on Friday morning.