Have you guys heard of SoulCycle? 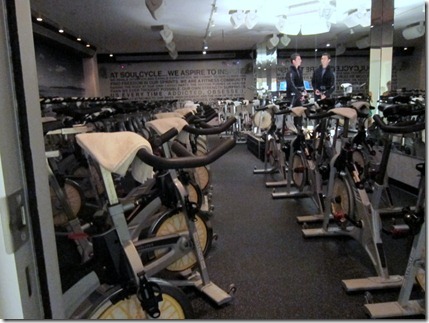 It’s a full-body indoor cycling workout offered in New York and California, and, being from Florida, I never heard of it until earlier this week when Ashley tweeted about it, asking if anyone in town for Fitness Magazine’s Meet & Tweet wanted to take the 6 a.m. class today.

Since New York City fitness classes have kicked my butt in the past (thank you, Physique 57), I knew I wanted to give it a go!

I awoke at 5:10 a.m. quickly scarfed down a Zone bar and met Ashley in the hotel lobby at 5:30 a.m. to walk to the class together in the rain. 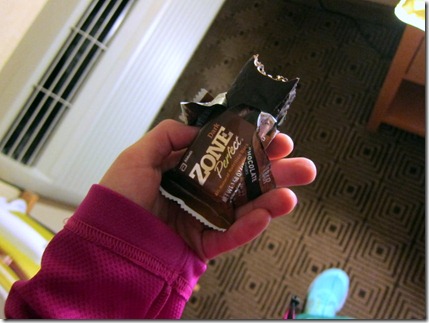 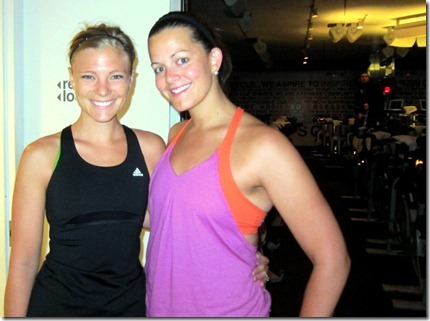 We also met up with fellow blogger Kristine before it was time to ride!

Since it was my first class, I was able to attend at a discounted rate, otherwise classes are (get this!) $32. Insane, right? And they had a completely packed class. According to Ashley, the class books up ridiculously fast and is always full.

As a first timer, I was also given spinning shoes to wear during the class for free (you may also rent them there or bring your own). 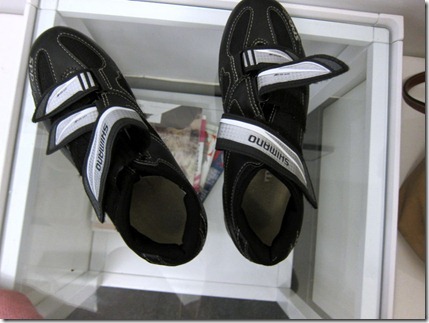 When I heard I’d be wearing legit shoes, I got a little nervous! How intense was this class going to be!? I’ve only ever taken spinning at my local gym and never had fancy schmancy shoes.

Well, the class was most certainly hardcore and I was dripping sweat by the end of it. The music was loud and energetic and every song had a fantastic beat.

During the class, we did typical sprints and hill climbs, but also integrated arm movements like pushups on the bike and shoulder exercises with very light weights. I really felt the burn in my arms which totally shocked me since I figured it would be mostly a cardio or leg workout.

And you wanna know something pretty darn cool about the class?

Chelsea Clinton was in it this morning! 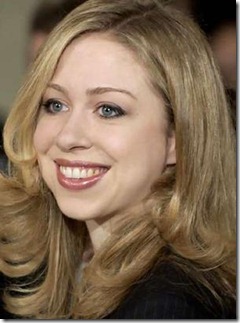 My friend Merri sees celebrities all the time in the city so last time when I was here visiting her, I was on the lookout for someone famous. Naturally I didn’t see anyone so I was pretty excited to see Chelsea.

I’m not sure how the security works for former first children of the United States, but I scanned the class for super fancy security guys and didn’t see anyone… but maybe they were undercover and super sneaky. Or maybe former first children no longer get security, which could easily be the case. Does anyone know?

« Food Cart Food with Merri
If You Liked The Hunger Games… »